I rode the dirt bike up to my Cousin’s place up on the hilltop after lunch today. Her and her husband are interested in the Northeastern Nevada area and wanted to look at some maps and discuss what I know about the area as I’ve been gone into that area since the 1970s.

It’s one of my favorite places to visit.

I hopped on the dirt bike and road on up there going the long way and found them home.

They got out the maps and we  had a discussion on the subject for a couple hours or so and I filled them in on a lot of what I know about the area. I’ve had some interesting adventures in that area over the years and have met a lot of friendly people that live in the area including a lot of nice Indian people that live on the Duck Valley Indian Reservation which is in that area.

The day was getting on when I left and took off for a ride around the property.

I stopped here on this trail for a break. 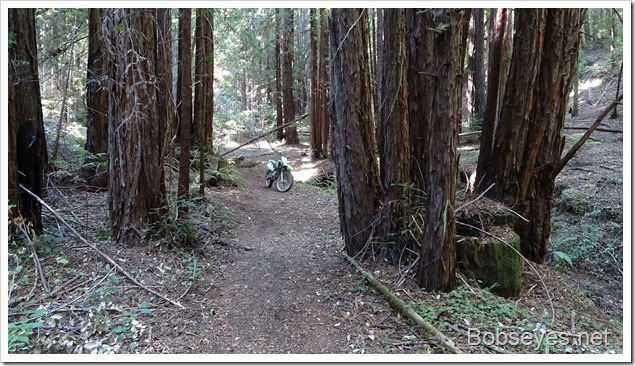 Eventually I made it back home for a nap.

I let the chickens into this garden area where I had some wild blackberry vines that were getting out of hand and needed pruning back. 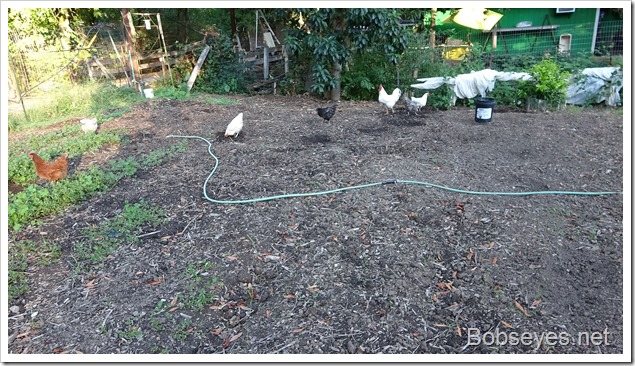 The blackberry vines are growing into the garden through the fence so I started pruning things back here. 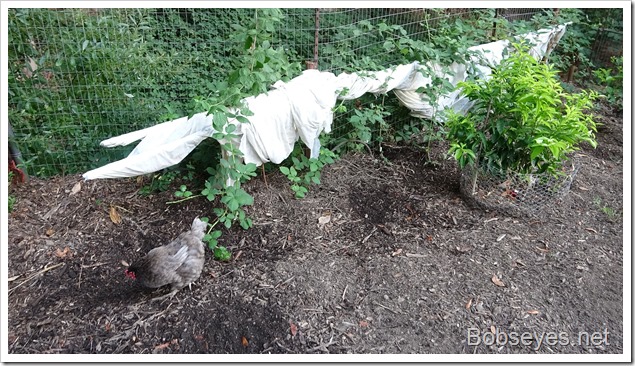 For some reason the chickens don’t like the blackberry vines. They stay away from them and don’t eat them, likely because of their nasty thorns. 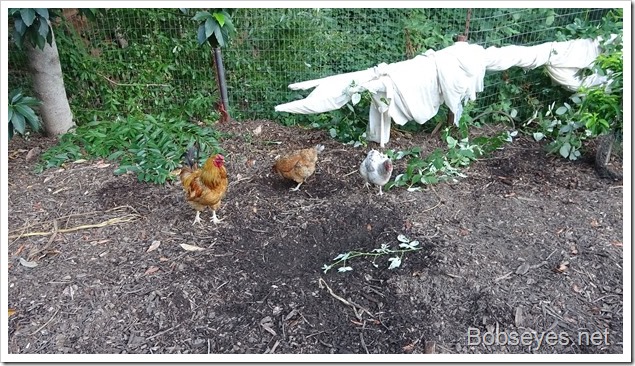 The chickens really enjoy this area. I put some water on in the back there. 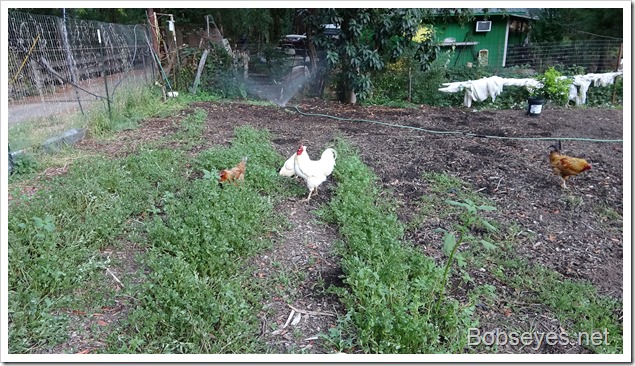 There’s a little eighteen inch tall avocado tree in back there with droopy leaves that looks like it could use some water. 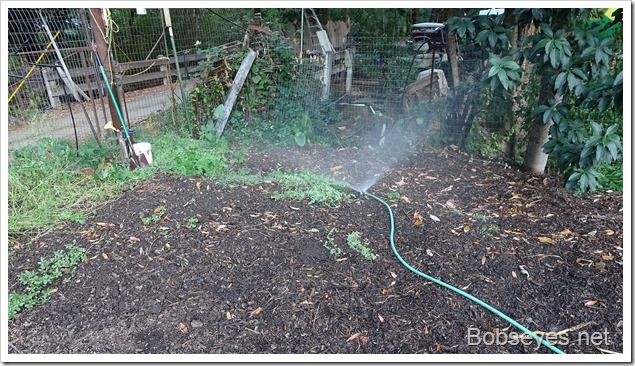 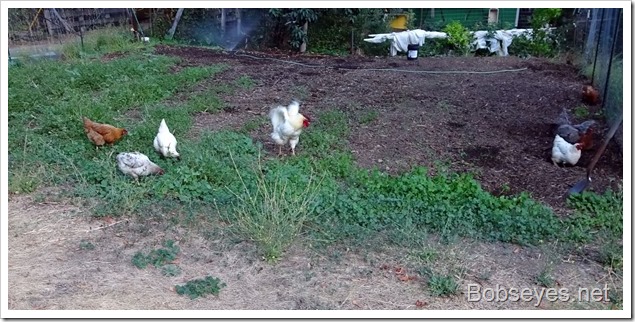 I’ve been watching the rats in my chicken pen at night for the last couple of weeks to see just how they operate and why they are so hard to eradicate.

My night motion camera in the chicken pen records any motion and sends it back to my computer and I watch it live often too.

Here is the problem and what I’ve learned so far.

See the rats, there’s a bunch of little guys and one big Momma rat. 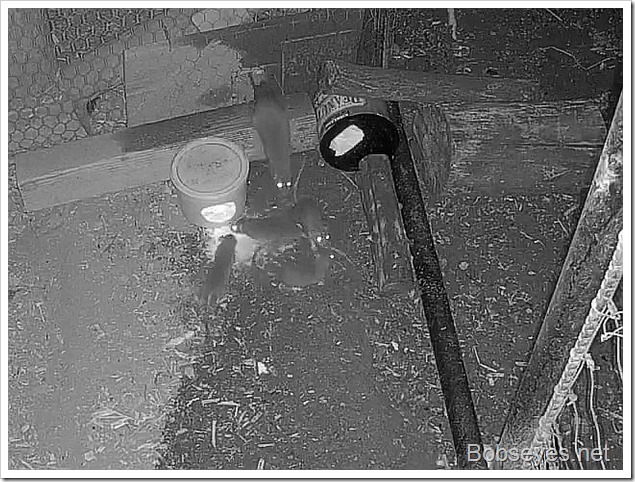 It works this way

And here’s how it works. Whenever some new food or container or move just about anything in  the pen, the big rats won’t partake of the goodies and just check things out and watch for three or four days, while the little ones dive right in on the first night, although very cautiously to start out. The big rats come by and look at the bait and maybe sample it just a little, but they don’t dive in like the little guys. If the rats detect a rat having some kind of problem they all will likely stop partaking of things.

So, if you put a trap out or some bait you might catch some of the little ones, but not the big rats as they watch what’s happening and learn.

If everything looks good, the larger rats will partake in three or four days.

I watched the big rat go by the bait for three or four days while the little guys ate away, but then the bigger rat finally felt it was safe and after eating a little started pigging out on the bait even driving the smaller ones away while it fed.

A big rat at the bait with one of her little ones on the third night of baiting with all good food, no bad stuff. 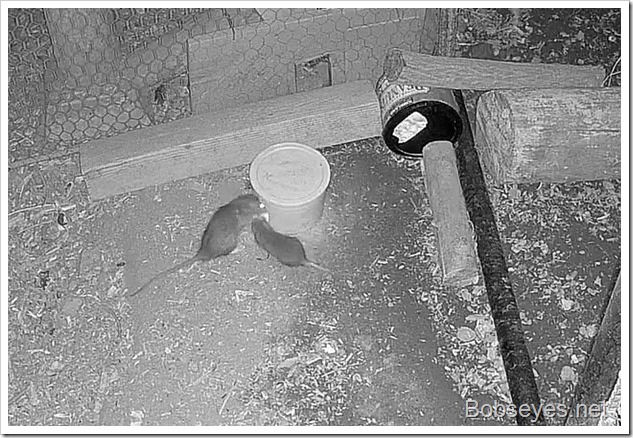 I think your odds would improve it you put good bait out first and let them get used to it for a few days to a week, then change the bait, without changing anything else so it all still looks the same but has the bad stuff in it.

For trapping, put a baited unset trap out for the same period then set it. Once you start to catch them, some big rats or even the little ones might see this action and you likely won’t catch them with the traps any more. Then you’ll have to change to another method to get anymore of them, except for the stupid ones, but most rats are real smart.

I haven’t introduced the poison into the bait yet, maybe another day to suck as many rats in before I try to dispose of them.

I’ll keep studying them to see what else I can learn and report back.