This morning Barry pulled into the yard with his truck and dirt bike and chain saws.

He was going up into the forest to remove some trees off the roads and after we would go for a dirt bike ride.

He took off up into the hills and I moved about ten more wheelbarrow loads of mulch into my raspberry patch before Barry returned.

We got ready to go for a dirt bike ride. 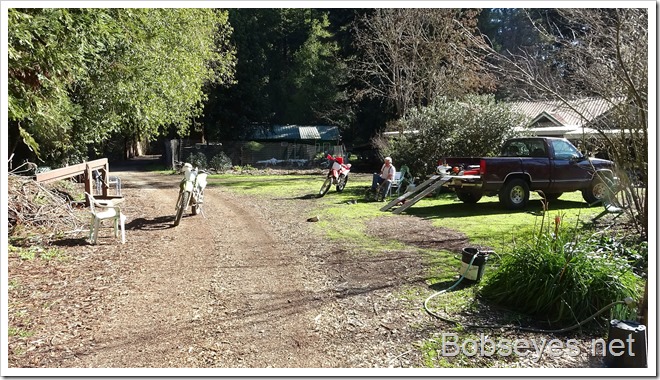 We rode around for about an hour going over most of the roads.

And then  headed up to the lookout point for a break. This was the view up there looking over the forest. 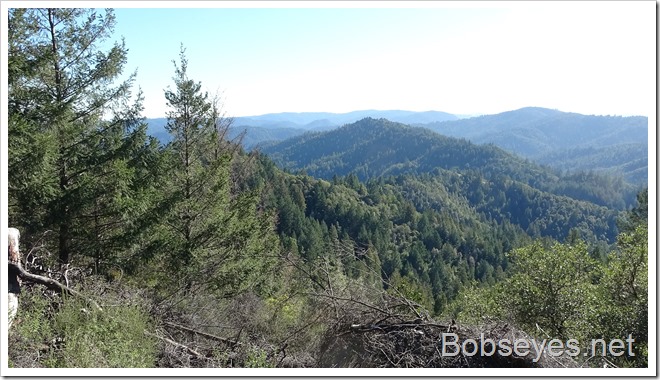 Barry settled down for a rest. 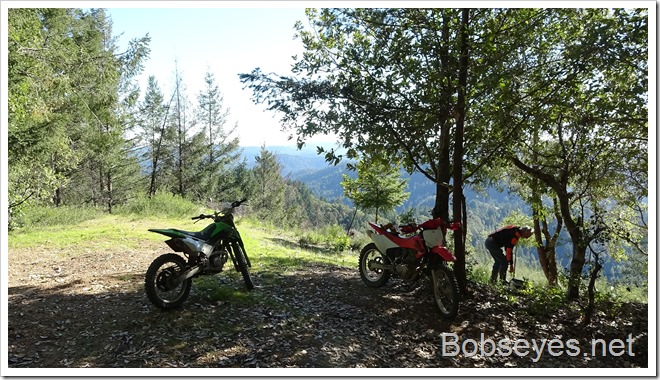 After a good break we saddled up and took off again for some more dirt bike riding. 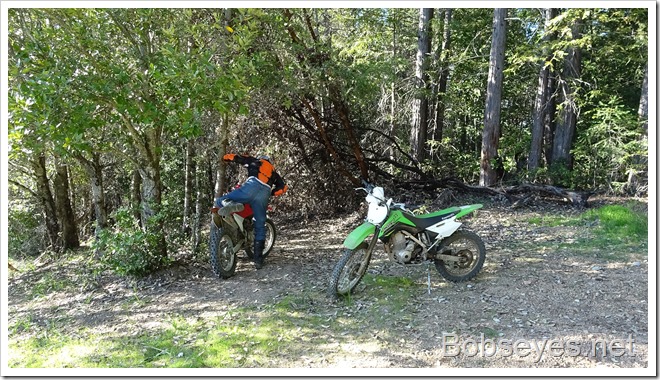 We rode up to this spot where we stopped so Barry could hike up there checking where one of our property lines were. 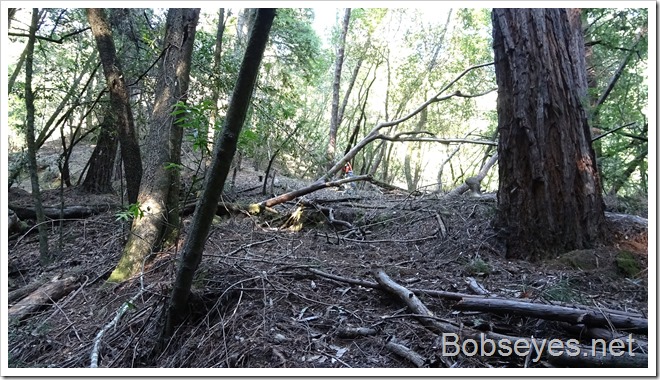 From there we headed home after a good ride in the forest.

Barry took off for home I had a good break for a bit.

I still had enough time to  move some more mulch to the raspberry patch so I loaded up the wheelbarrow with the chickens help. I moved most of that pile before I quit for the day. 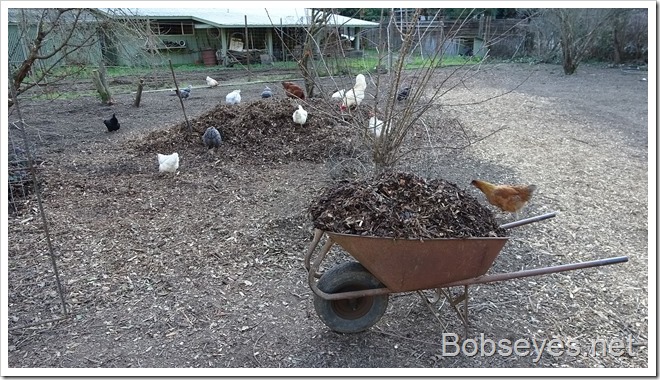 This was my last load and the pile is almost gone, maybe four more loads to finish this up. 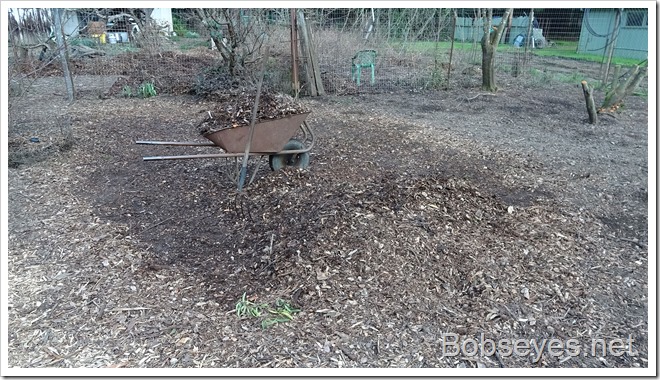 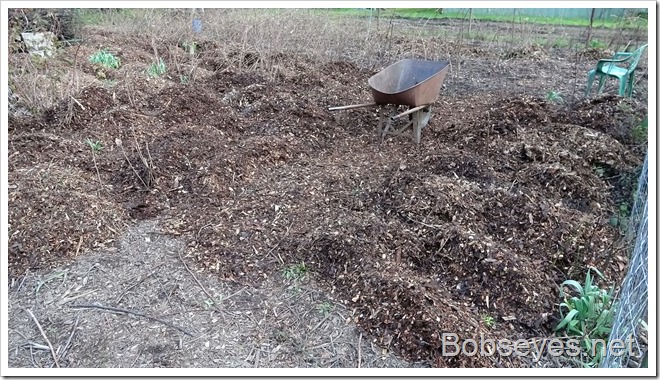 Here’s another view of the berry patch. 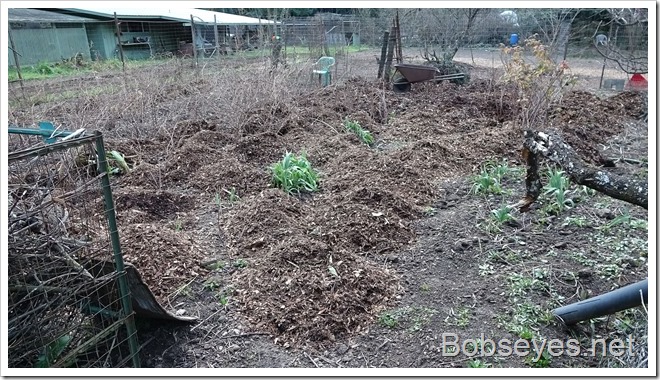 After dong that I was pretty tired out and ready to go in for the night.