Dirt Bikes and the Little Peeps

Barry was out front with his dirt bike when I got it going today, so I joined him for a ride up into the hills.

We took off and rode around a bit when we ran into this downed tree that Barry moved off the road so we could get by as I took pictures. :O) 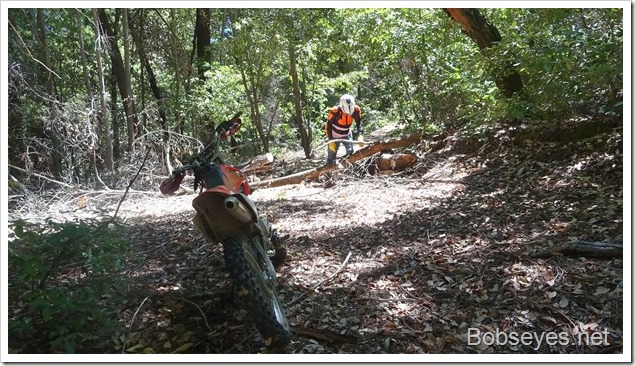 We took off and rode around some more. 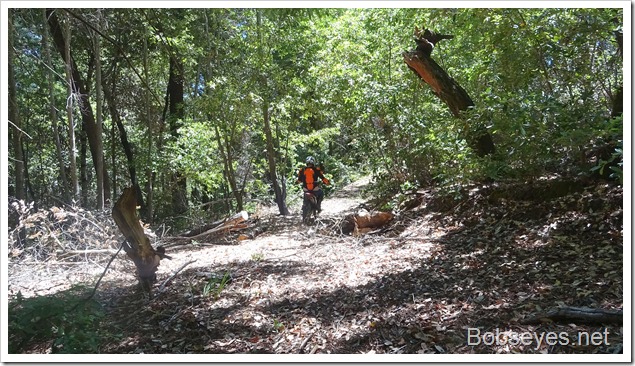 Eventually we made it up to this spot for a rest as that’s what we usually do here. 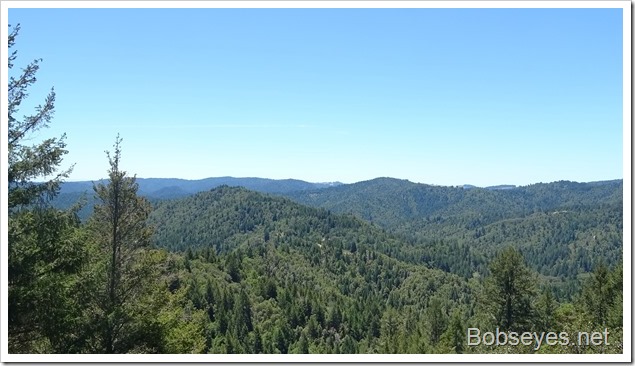 Barry has a  hammock set up here. 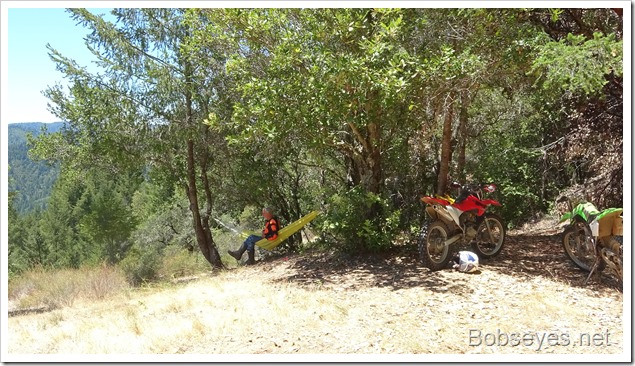 While I sit on the ground. 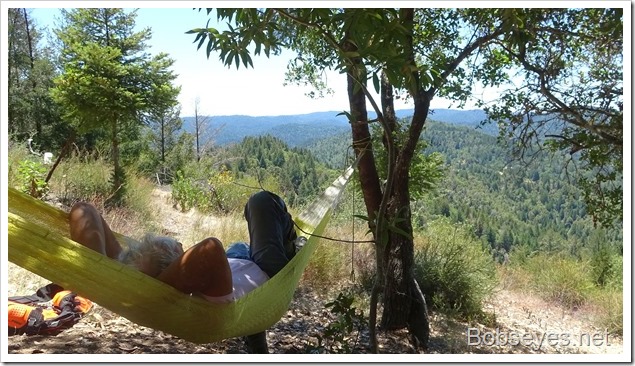 After a good break we rode down to my cousin’s place with this view, but no one was home. 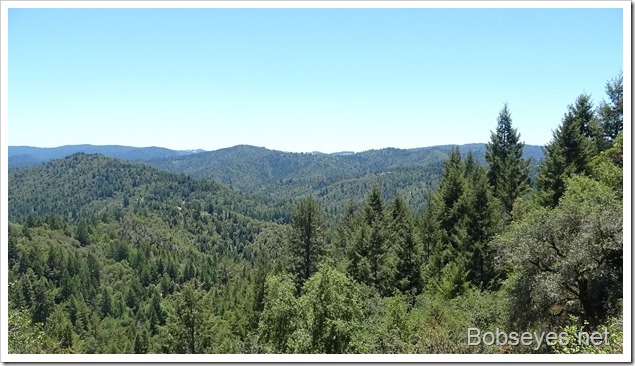 We took off and rode around some more going up and down and around and around just having fun and enjoying the day. 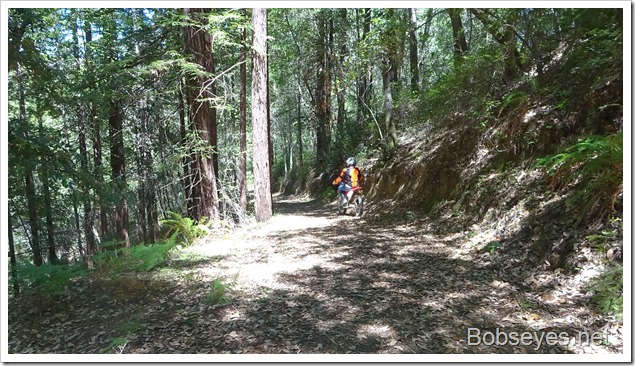 We went by the water tanks and I checked the pink and blue ribbon. It was on the ground and is hard to see and means the tanks are mostly full which is real nice. I have the sprinklers on the raspberry patch as I type this. 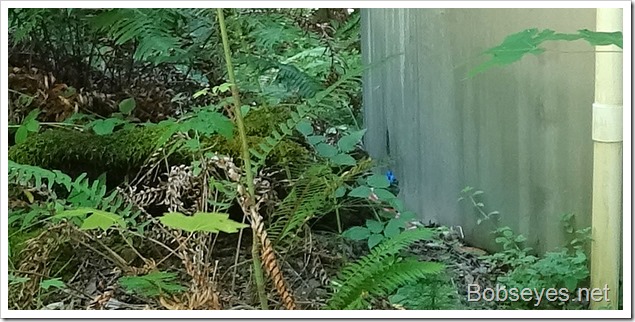 On the way back we stopped at brother Tom’s garden and picked a couple squashes. 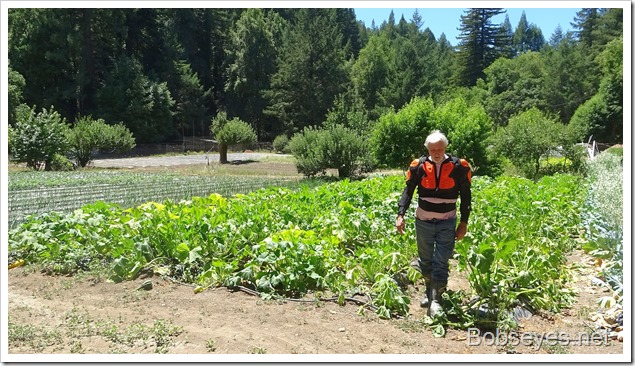 I knew he had some strawberries in pots in this garden a while ago but we couldn’t find them as they must be in one of his other gardens.

From there we headed out and back to my place. 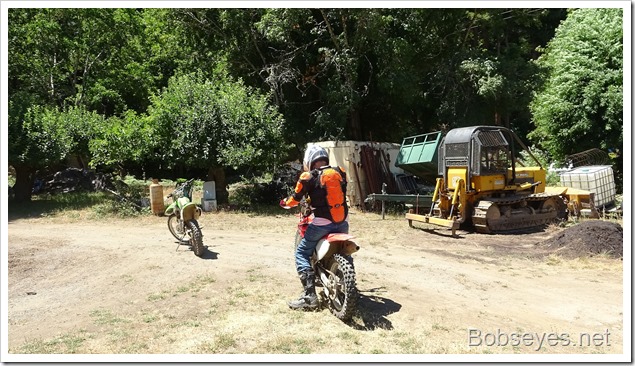 Barry left for his place and I had a bit of a nap as we had a good ride.

A bit later in the day I did some chair hopping around the yard and also checked on the new chicks. Today there are five, one more than yesterday. That little black guy is hard to see, eh. 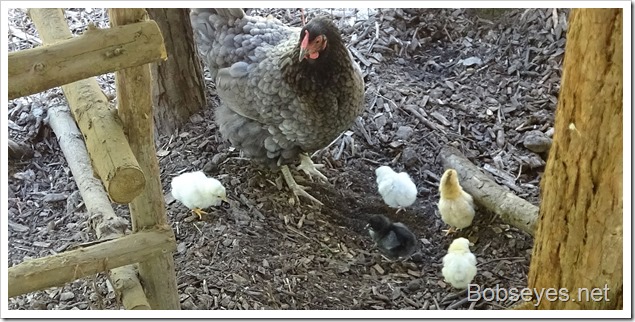 Around 4:30 my brother Tom came by and wanted a ride to go pick up his truck that he was having some work done on, so we did that.

3 Responses to Dirt Bikes and the Little Peeps