I was planning to go to the shopping areas and pickup some chicken feed today but when I went outside around noon my brother Barry was there in his truck with his dirt bike on it so I changed my plans and went for a dirt bike ride up in the hills with him. With the recent rains the dirt up in the hills was nice to ride and no dust either.

We took off headed for the top. 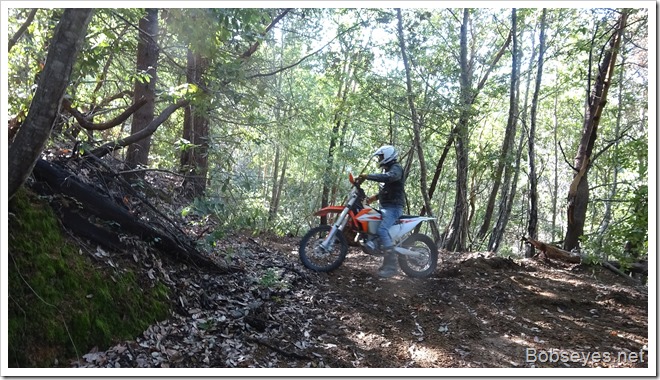 We made it to the Top of the World but didn’t stop for our usual break since we’d just gotten started. 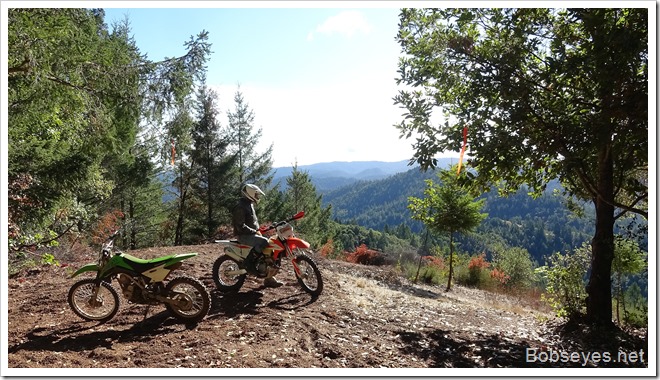 Barry says you ever been up this trail. I say no and he say’s it’s mostly easy so he took off first to show the way and  I find him stopped in a spot to point out the trail for me which I head up and come out here waiting for him, but he doesn’t show up. Turns out where he’d stopped to show me the way was loose and he couldn’t get started as his rear tire kept spinning out as the dirt was soft in this spot from the rains. 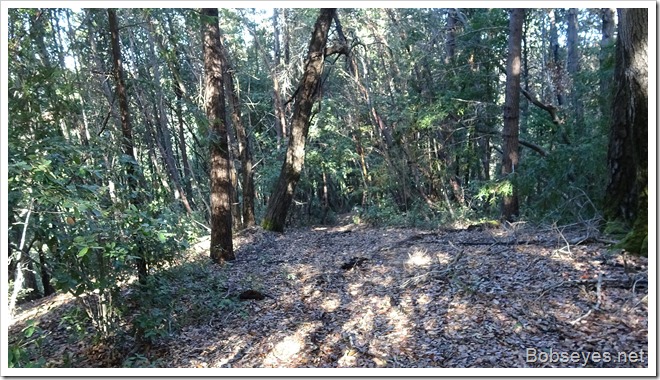 I could hear him down in the trees starting and stopping but it took him around ten minutes to get out of there and he finally shows up. 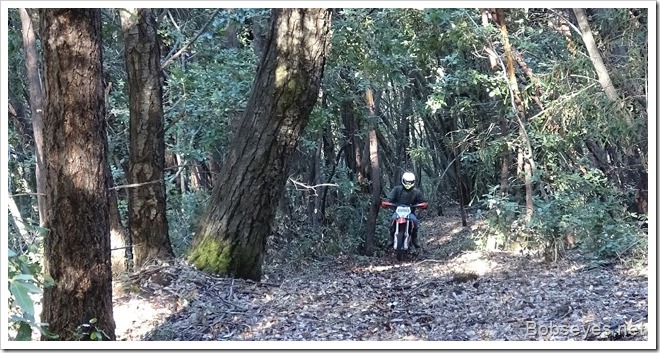 We rode around licitly split for just over 2 hours and covered most of the roads at least twice.

On the way home Barry heads over to here at my brother Tom’s garden. I knew what he was doing. 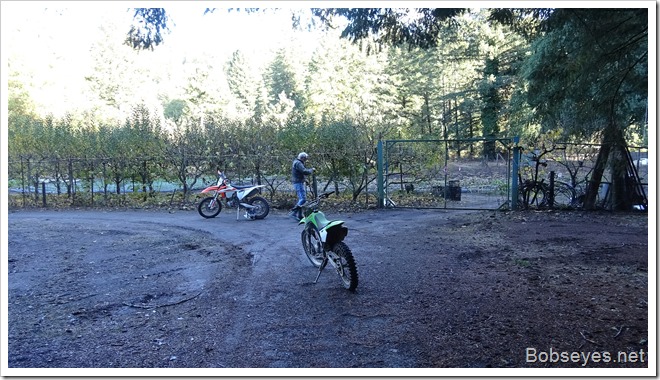 He stopped to get a couple tasty winter apples to eat. 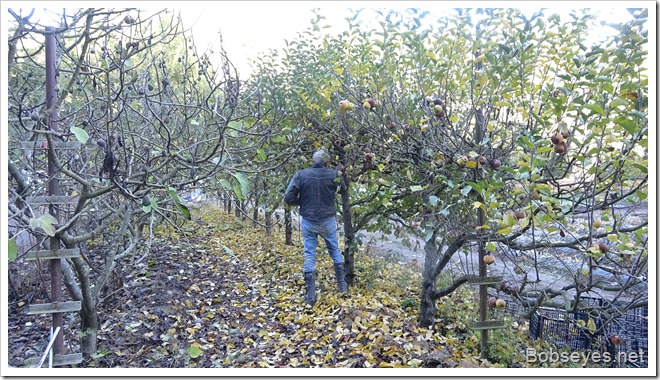 We made it back to  my house and he headed on home. I had a nice break.

Headed to the feed store

It was late in the afternoon but still enough time to drive down to the feed store about a half hour away so I thought I might as well get it over with so I wouldn’t have to do it tomorrow.

I went to the front and ordered my stuff and then pulled into the back while the guy loaded the feed into my car while I watched. 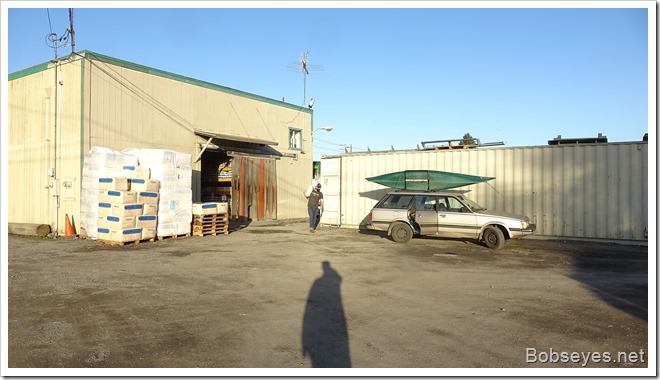 I got to watch him load up the feed but when I got home I had to unload it so I drove on over to the chicken coop. 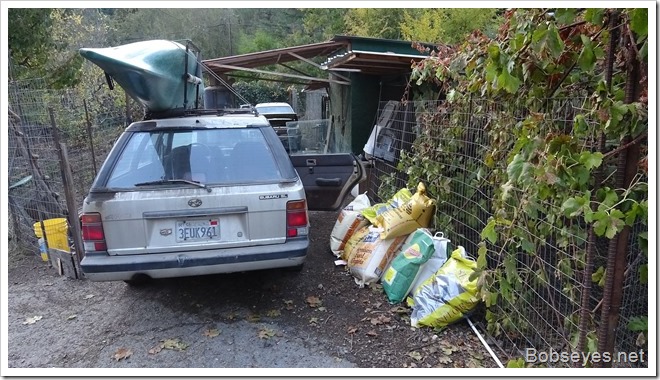 Now all I have to do is get it all in the feed house there in the back. 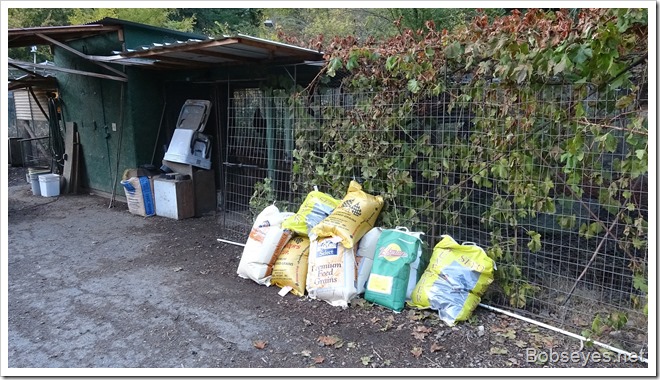 Nothing like a full feed house to keep the chickens happy. 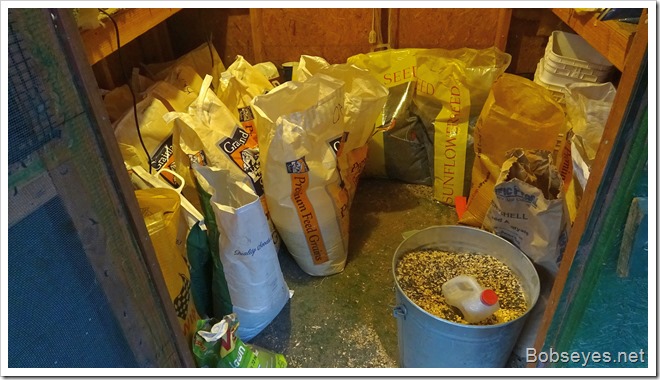 By this time it was getting dark so I closed up the chickens for the night and went in the house for the day.