Once I got it going today I went over to my neighbors to see how the internet Wi-Fi was working that I hooked up a few days ago. I tried a couple things to try and improve it but eventually put it back the way I had it as it worked best that way, so all was good.

She just got this van as her mother pasted away not too long ago so I  had a look and told her what I thought. It looked like it was in good shape. 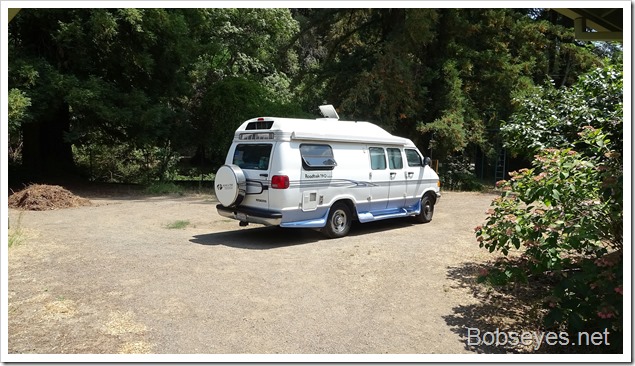 After that I went back home and cooked up something to eat and after that I was tired out so I had a nap and took it easy for most of the rest of the day until 5.

Usually I ride up into the forest and work on trails or clear stuff off roads and then go for a dirt bike ride, but after the work I’m worn out and always seem to cut the ride short.

So today, I went for a dirt bike ride first and made it up to the Guerneville overlook after riding around for a bit.

The fog was sneaking up the river, our natural air conditioner. It’s not humid, just cool and mostly comes in at night to cool the day off. I think the forest trees absorb water from the fog at night too through their leaves. 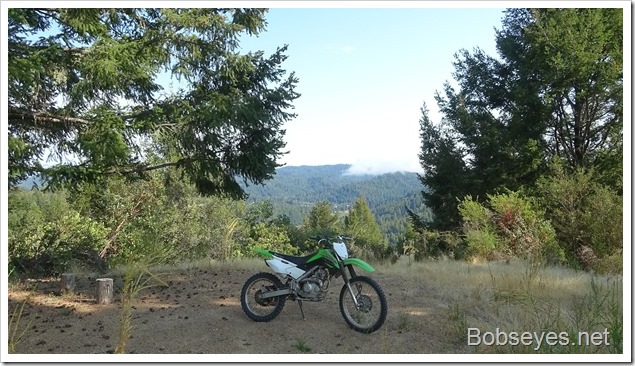 The fog slowly sneaks up the river as I looked over the side at the view of the town. 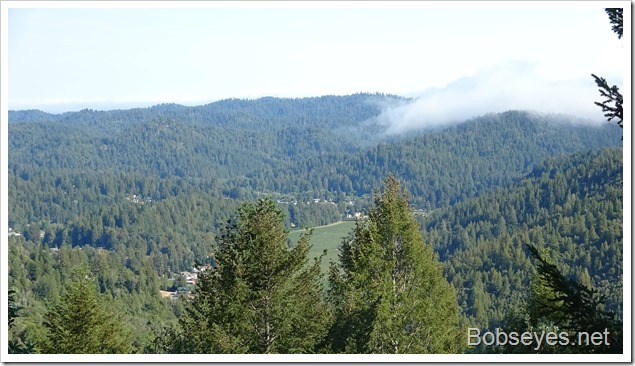 I rode around some more for about an hour then parked here where I was working on the old animal trail. 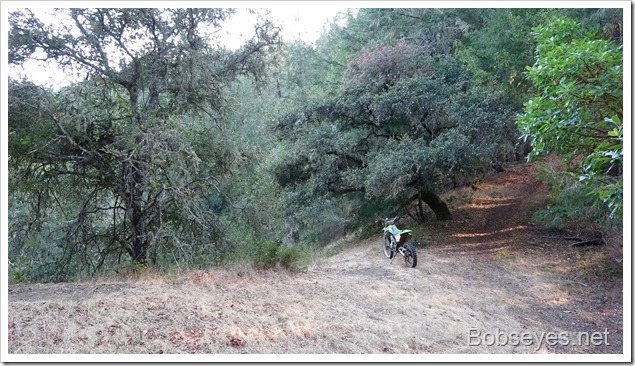 I was trying to just make this part of the trail good enough to walk on without falling down the hill so I worked on improving that. Eventually I’ll widen it out so even older folk can walk on it easily. 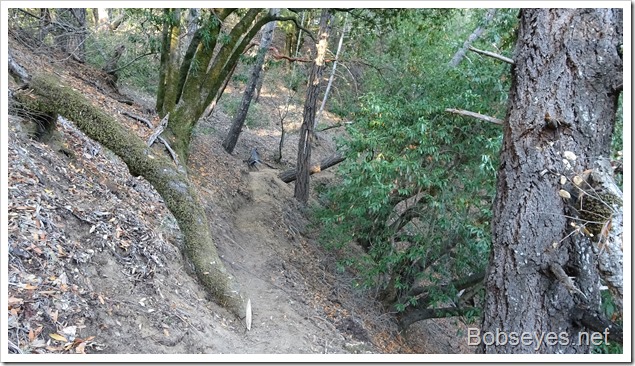 After and during working on the trail I sat in this chair to rest up and enjoy the nice peaceful day up here in the woods. 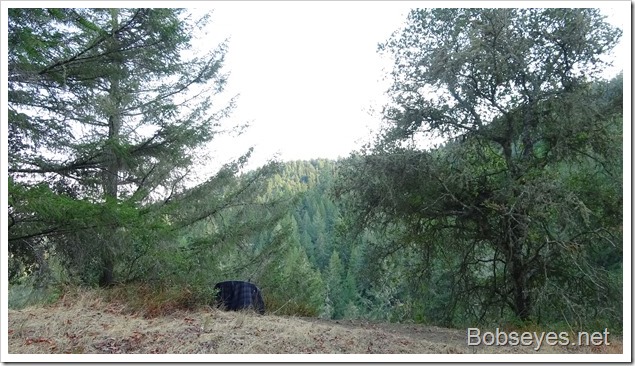 Eventually I was tired out enough and got enough exercise so  headed on down the hill on this road. 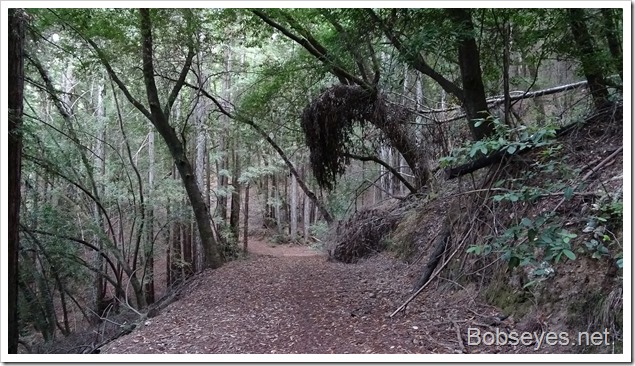 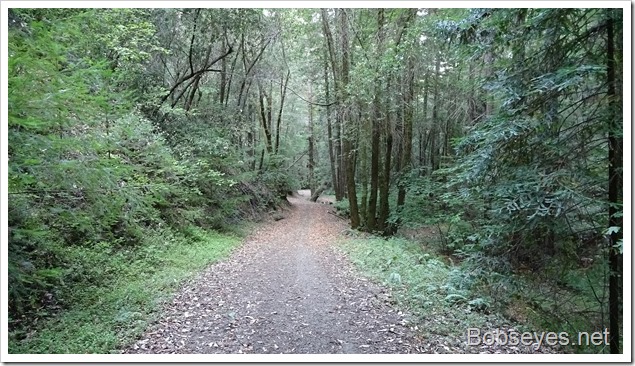 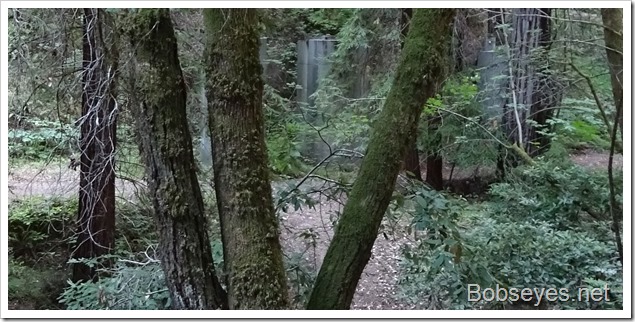 Once home I checked on the chickens to put  them away for the night.

I was dismayed to see this nesting box turned over. There’s a hen in there trying to hatch out some eggs,…………But. 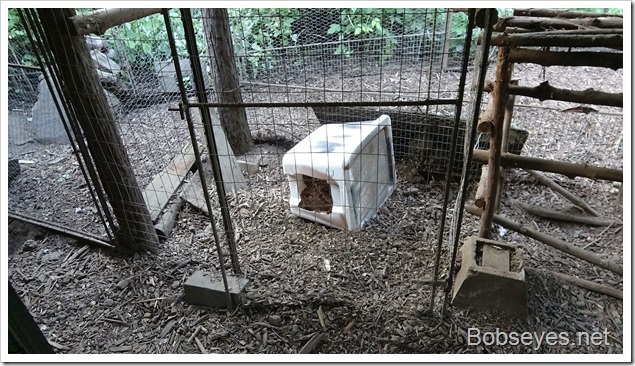 The hen with the two oldest chicks that is up on the roost with them has been being bad and terrorizing this hen for some reason turning over the box. The hen in the box seemed to have made a new nest on the side of the box and was dong ok. so I left it that way.

I may turn that hen on the roost out with the other chickens tomorrow and let her two chicks get with the other hen that has chicks. They seem to do that anyway. Momma hens take in little peeps when they need to from what I’ve seen in the past, which is good as that keeps the rats from eating them.

I’ve been thinking of a way to rid the place of rats and I think I have an idea. Most of the rats are too smart to get caught using the standard methods.