Barry was coming by around noon to take a dirt bike ride up into the forest to look to see if any edible wild mushrooms were popping up yet.

He showed up and we were prepping to take a ride, getting ready to go. 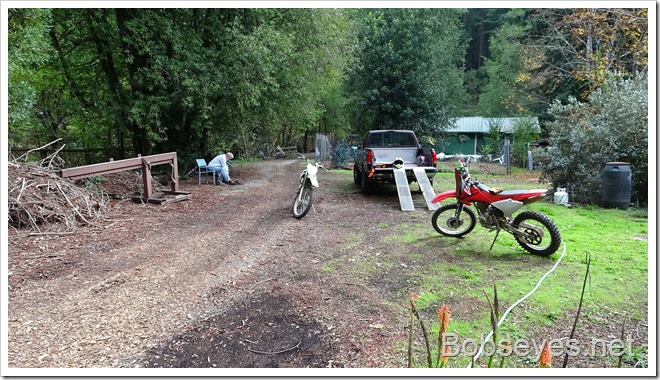 But before we got going my brother Tom came by so we were delayed an hour or so while he and Barry shot the bull about crabbing and fishing in the ocean which they are both starting to get into and crab season just is opening up. 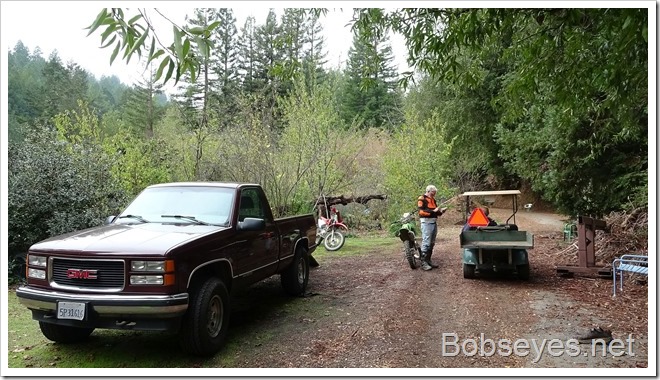 We finally did get off on our bike ride and rode up into the hills and over by our neighbors place. It was damp and cold over there as the sun was mostly clouded over. I had freezing hands as we made it to our rest area at the Top of the World,  here. 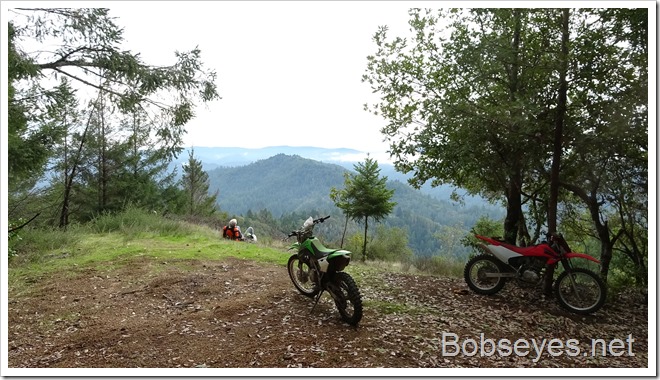 It’s a nice view from that spot as well as a nice place to rest. 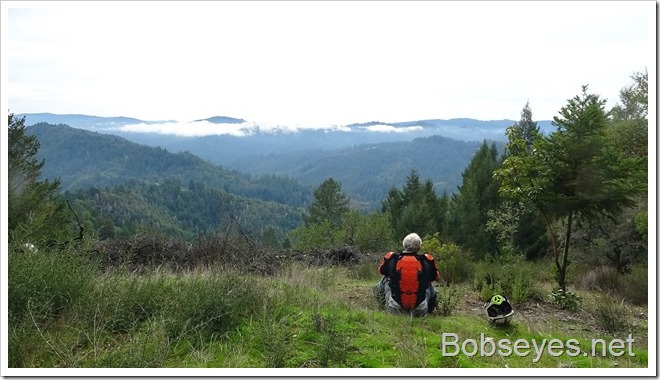 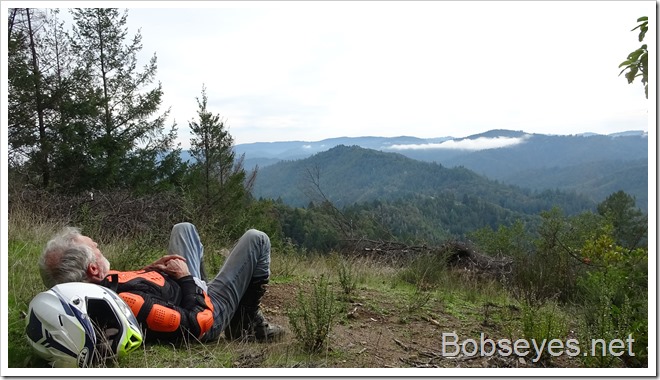 After a good rest and warmed up a bit we hit the trails again, stopping here to look at this strange mushroom just starting to come up. Barry says these are Lions Mane I think. Eventually this will pop up into mushrooms. 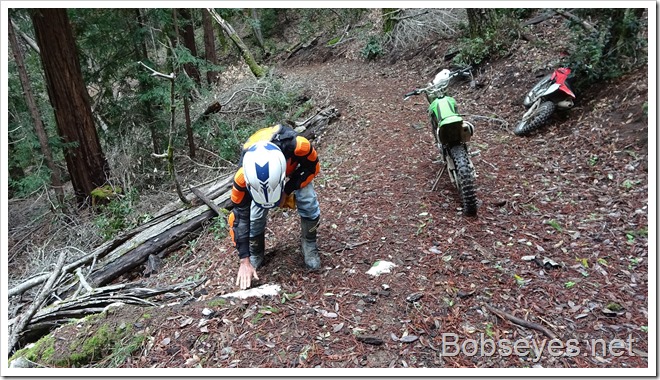 We continued riding around looking for edible wild mushrooms. We weren’t doing too good but finally just before starting home Barry spotted some of the best ones to eat. There’s about four or five of them in the leaves here. 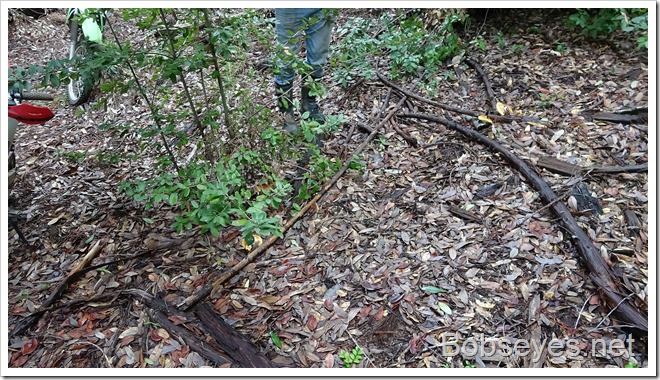 Barry got out his knife and cut them for bagging. 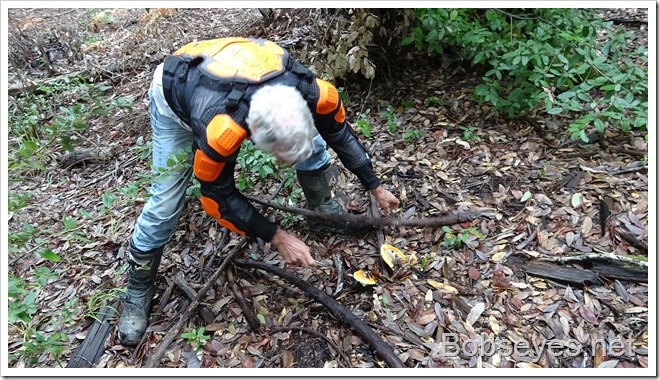 I let him have all of them as I’ll look for some more in the days to come. 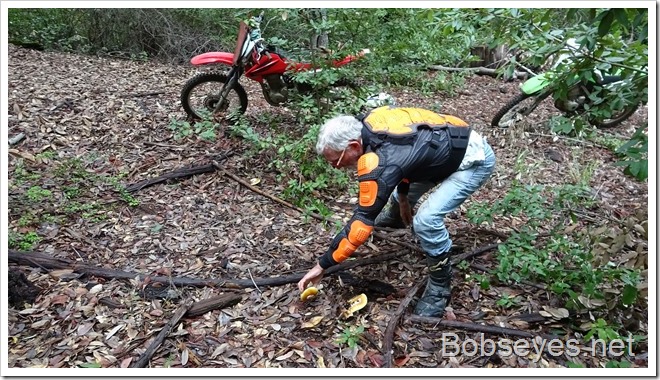 We’d had a good ride and a good hunt so we headed for home.

Barry took off for home when he got back to my place and I did some chair hopping until the day was about over and the day started to chill.