My brother Barry was coming by around noon today to go out on a dirt bike ride in the fire area.

When he arrived he said plans have changed as we needed to go up into the fire burn area and meet up with a rehab fire guy that will be fixing up all the fire roads and fire breaks to get ready for winter.

As it was we were able to do that and go for our dirt bike ride. We sorta combined both of them.

So we rode up into the hills and were fortunate to run into the rehab guys right away so didn’t need to hunt for them.

We stopped and talked with them to get them going. Steve Parmeter was there from Cazadaro with his D6 cat to smooth out the roads and put in water bars and such. 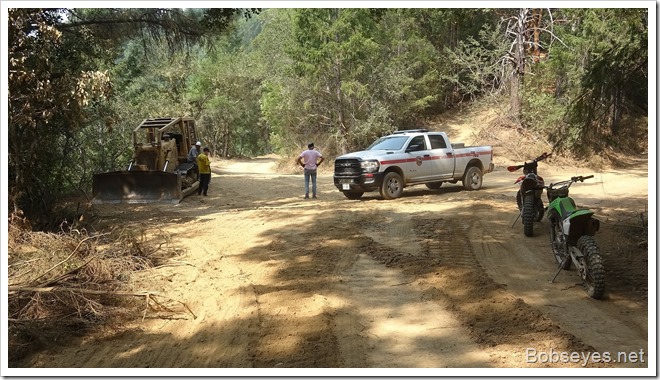 We’d meet up with those guys a few more times today but for now we could go on our dirt bike ride through the burned area so we did going down this road and we rode down to Hulbert creek to look for roads they’d bulldozed and might need some rehab work before winter sets in. 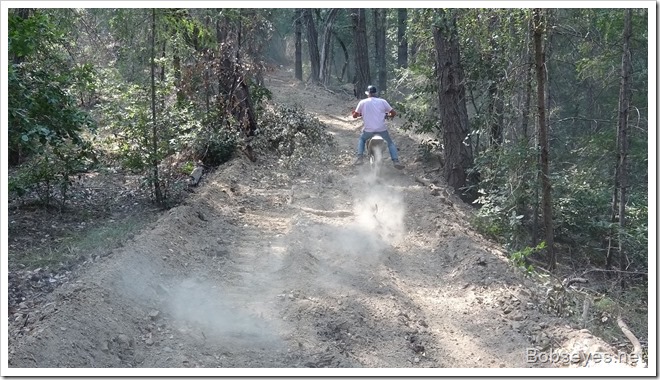 We ran into this neighbor taking this machine up to his house to work on something. 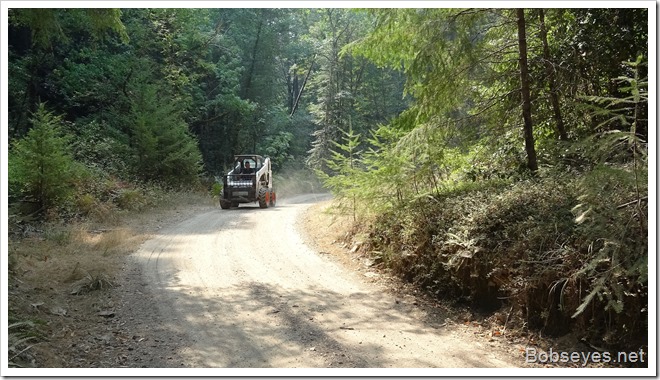 We were looking for the end of a road that comes down from the top to see if the fire dozers tore it up or not. We had to get out and go for a walk to check it out and it appeared the dozers didn’t come down this far. 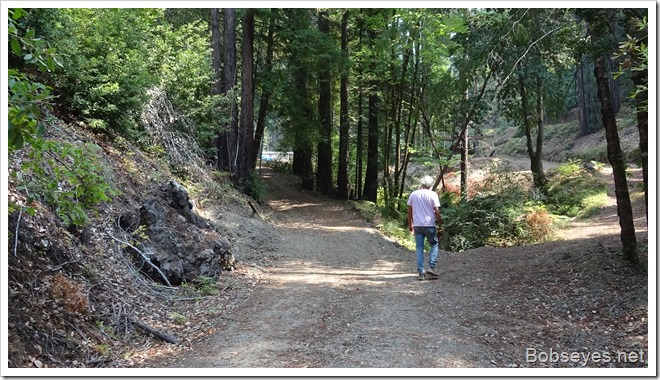 Visiting the Bushes and Buchanans

We headed to the Bush place and had a nice visit with them. There house didn’t burn.

From there we rode up to the Buchanan place and said hi to Dave and his son Kelly at their house which was spared by the fire largely because their neighbors protected the house when the fire came through as there were no fire guys in the area at the time.

Then we rode up to Kathleen’s place but no one was home., except some of her animals.

Barry was saying hi to the chickens that seemed glad to see us. 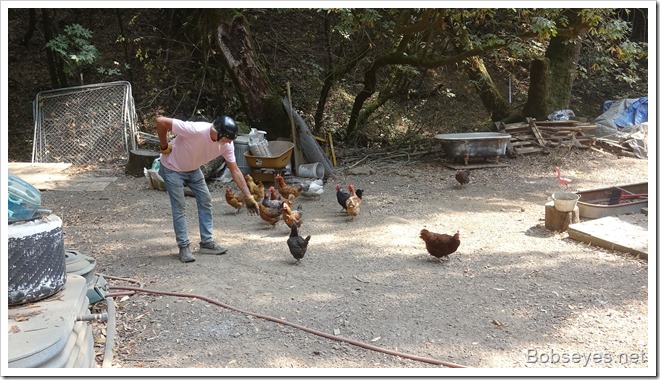 When this big friendly dog came by. 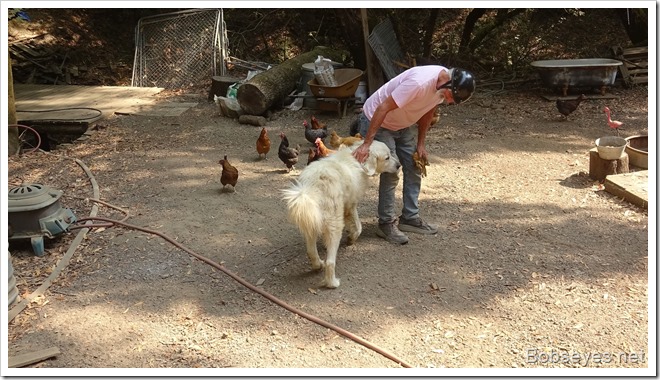 No one was home so we continued up the road when we ran into the rehab guy again. 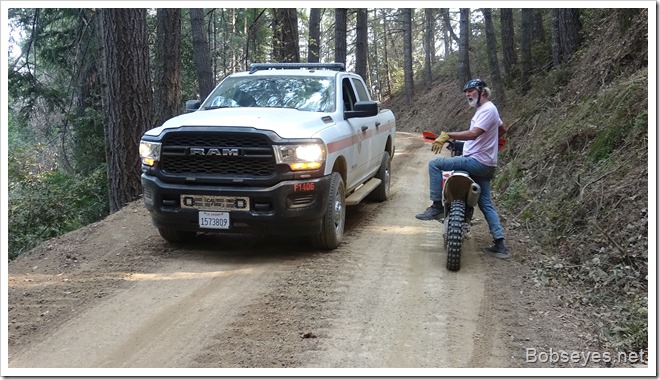 Getting a drink of water

On the way I remembered we could get a drink at Indian springs so we diverted to that spot and got a nice drink of nice cold spring water. 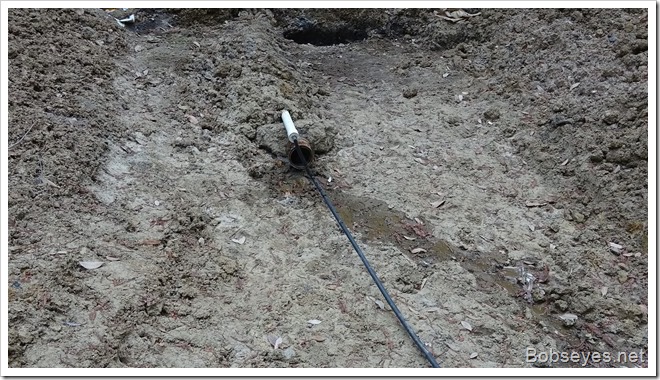 Then we headed for the Guerneville Overlook and I was surprised how smoky the day was. 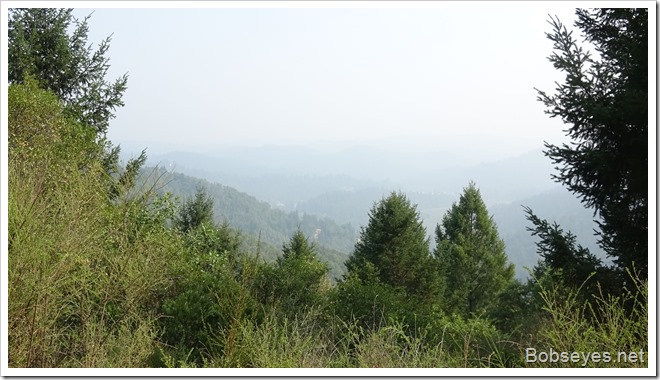 We were heading to Robert’s place when we ran into these state park guys. 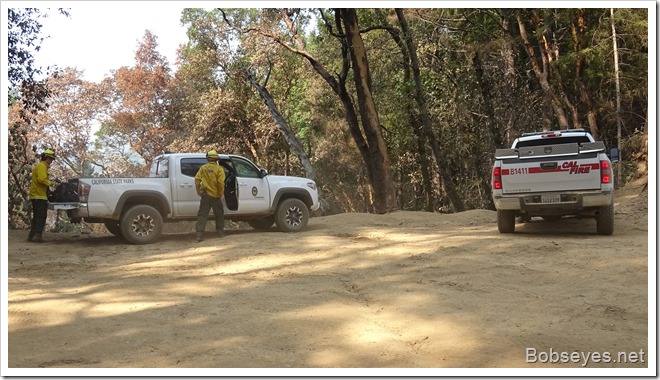 Barry is a retired surveyor so was showing the dozer operator some roads he’d mapped. One of the hardest things for the fire guys was knowing were they were in this forest. 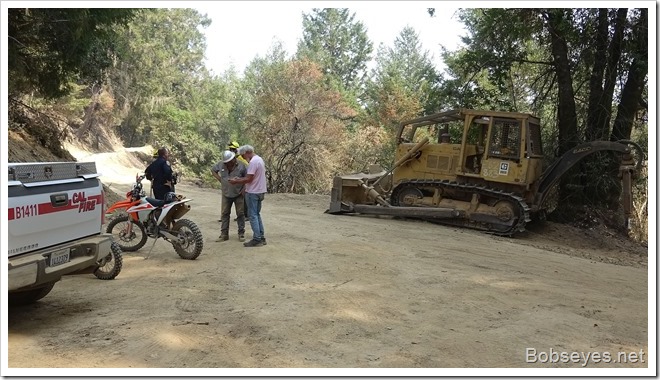 We left there headed for Robert’s place when we ran into these guys. Something was up as the fire truck had it’s red light on which none of them had on during the fire. 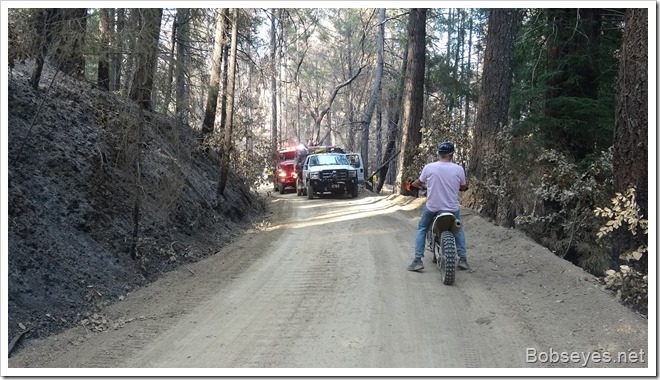 We passed the trucks and parked to see what they were doing. 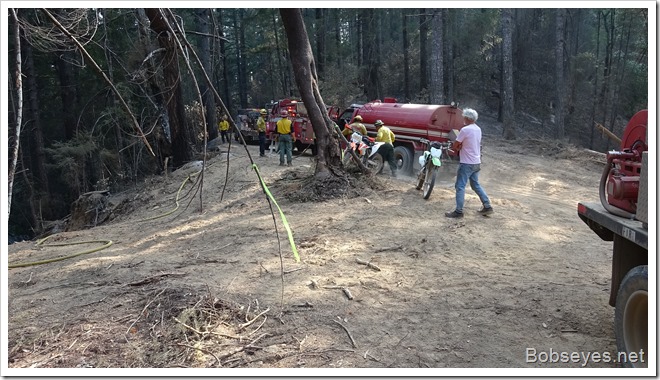 It turned out this excavator caught fire on the way up the hill and pretty much burned up in the engine area. It started because a hydraulic line broke and oil got on the hot engine. 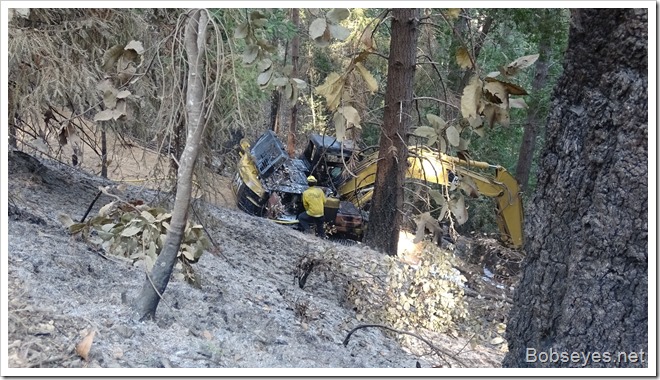 The machine’s engine and hydraulics had burned so it wouldn’t move on it’s own and would need to be towed out. 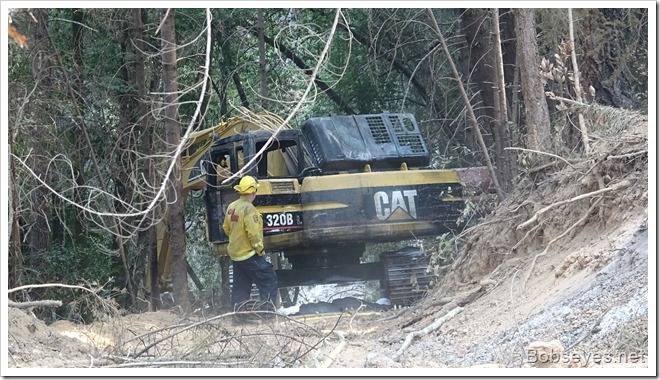 No one’s home at the Robert place

We continued to Robert’s house but no one was home so we started back down the road. the fire trucks had left and the the dozer guy moved in to see about puling the excavator out. We talked with the dozer operator and he said they’d bring in another dozer tomorrow with a winch on it. 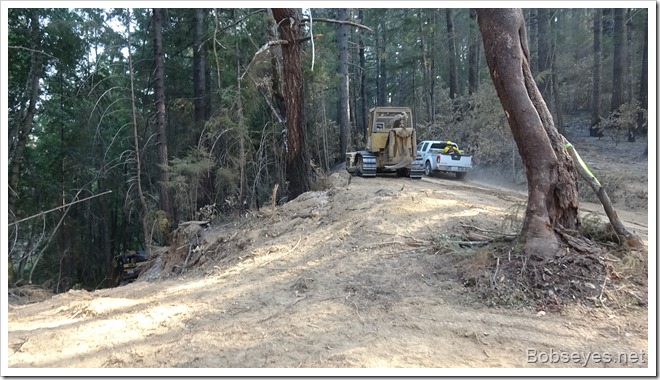 We rode on home stopping at a couple places to check stuff out.

Barry took off for home and I tended my chickens and did a bit of chair hopping before going in for the night.