When I looked out the window this morning I saw my brother’s truck and his dirt bike but he wasn’t around. 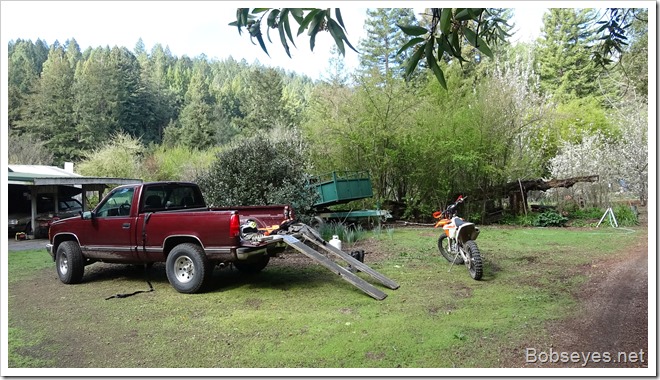 The thing to do was to get my other brother’s dirt bike out and join him. My other brother’s bike needed some more battery charging as the ride I took the other day was short and I didn’t think it was enough to charge up the battery.

Shortly Barry showed up and we got ready to go across the road and up into the hills for a ride through the redwood forest. 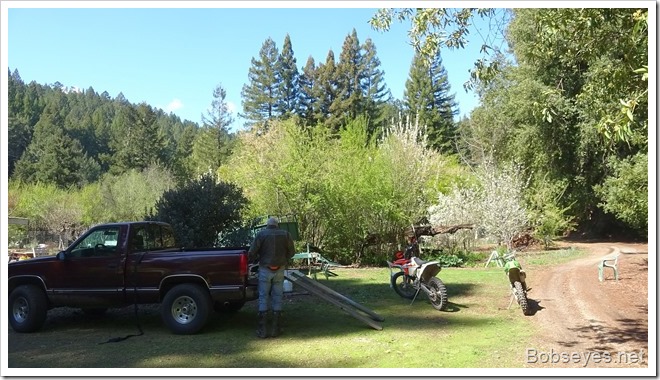 We rode around on the roads and eventually ended up here on what is called the Top of the World and had a break and enjoyed the day for a bit. 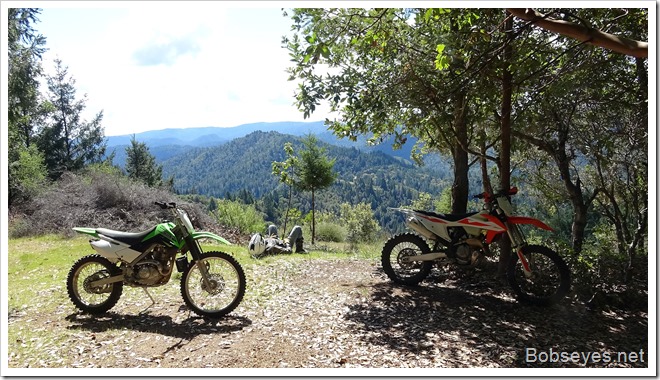 This spot is just a little higher than most of the other mountains around here. 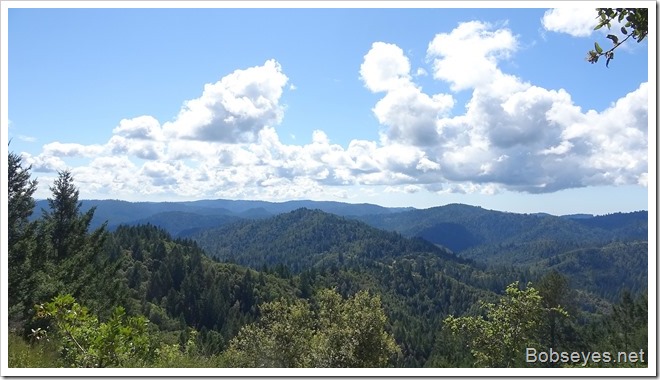 After a good break we did some more riding until we came to this down log across the trail. We stopped and got off and tried to move the log but it was just too heavy so we gave up and turned around and went the other way continuing our ride around the property. We could of moved it but it wasn’t worth breaking our backs on it. 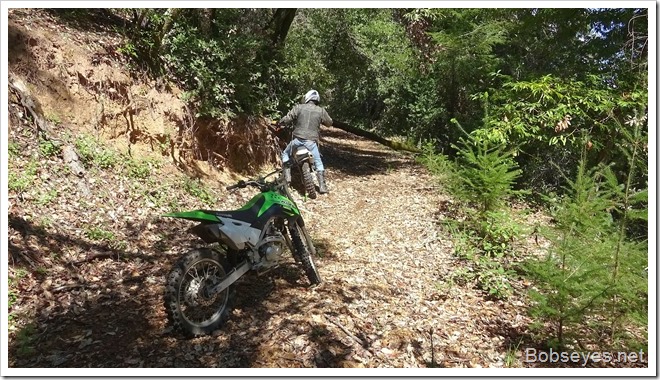 When we went by our water tanks I stopped to check out the water flow as the tanks were only a third full and they should have been full. 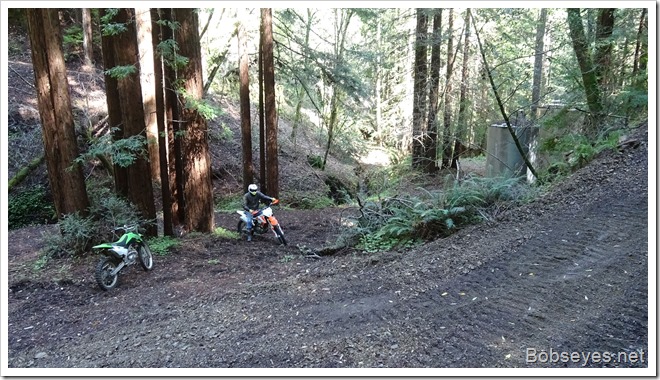 Adding more water to the tanks

After looking at the in flow of water to the tanks I decided to add some more water from some spring pipes that were just running out on the ground as in winter I usually don’t need all the water that comes down all the pipes.

Barry took off to ride some steeper hills than I like and I went to this spot where there’s a spring up in the ravine behind the bike and added some water to the system. 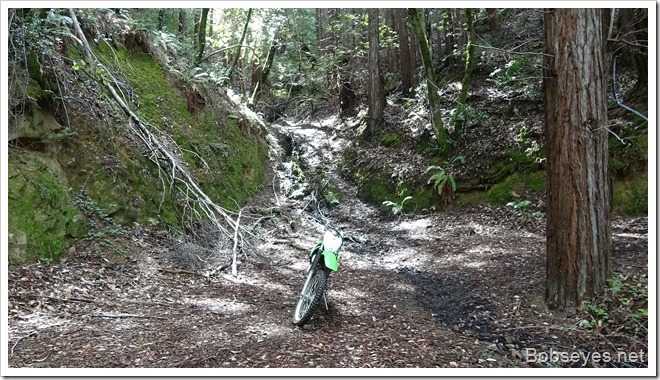 From there I rode over to another spot that I tapped last summer. The pipe there was flowing full bore so I put that into the system too and now the tanks should fill right up.

I rode on back to the house and put the bike away.

And then I got in my car and drove downtown to visit with John for a bit at his house and shot the bull which we did. John was working on some fencing in his yard which looked real good. We made some plans for a paddle and a hike at Jenner soon.

From there I went back home for a nap and then let the chickens out  into the yard for the evening for a couple hours. I did a bit of chair hopping as the sun was out which was nice.

And that was my day for a nice one. Always nice to have a little sun.

2 Responses to Dirt Bike Ride, More Spring Water and a Visit With John