Dirt Bike Ride, Garage Roof and Van Repairs and the Rat Trap Gets Made

My brother’s motorcycle battery needed charging so it was a good day to go for a ride. It wasn’t raining yet but it was a bit on the cool side. I put on an extra extra shirt and found some gloves and I’m glad I did.

The bike started right up and I was off once I got through two gates.

This brush got a little help getting off the road. 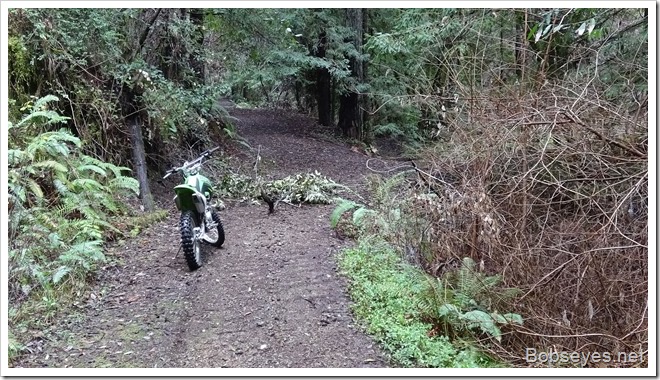 This was one of the roads I took headed up to the ridge top to check out the view. 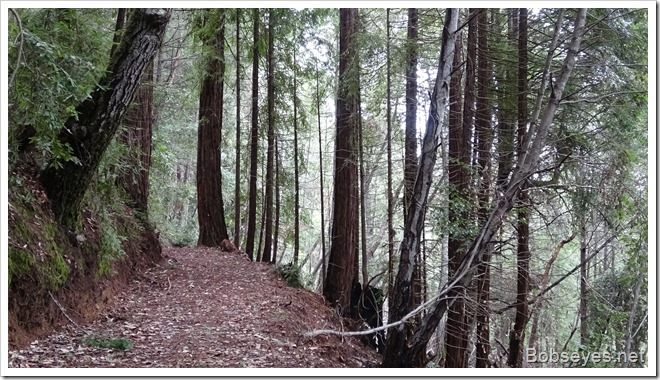 It didn’t take long to get to the ridge top overlooking the town of Guerneville. 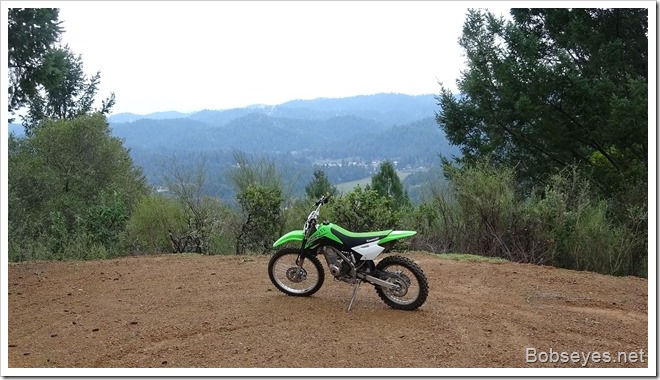 This is what Guerneville looked like today with a big storm approaching. 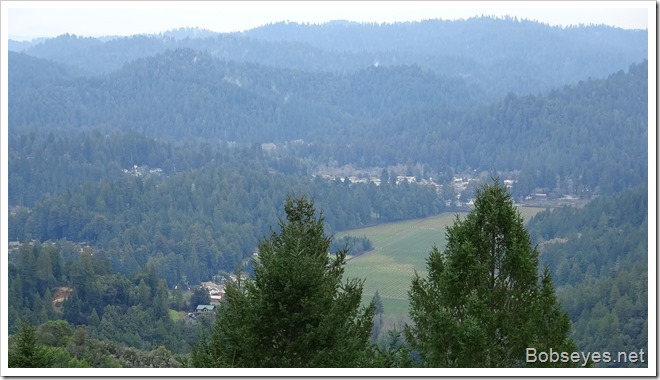 It’s a cool day for sure.

I’m glad I had the gloves but my hands where still getting real cold.

Non the less I was going to go for a motorcycle ride around the property.

I went down through this area and jumped on and off some other roads before I headed for home. 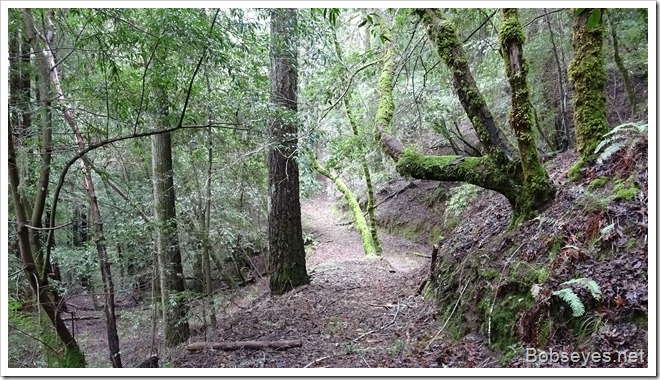 A a bit of ditch work

On the way home I stopped at this spot to put a few rocks in the ditch to help plug it up. 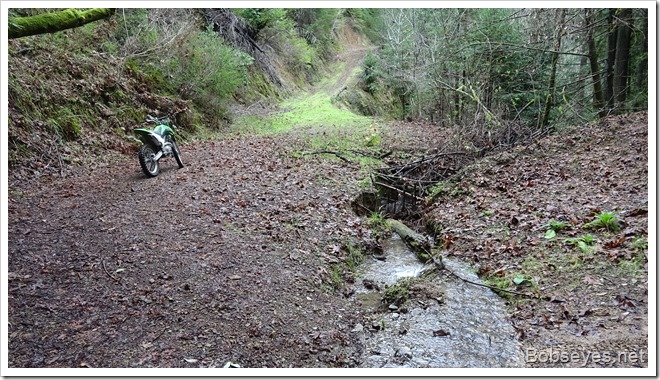 I put a few rocks on the left of those stakes. The idea is when there’s a big storm things wash down these ditches and if you can block them the debrie and rocks get caught and build the ditch back up. It works well if done right. 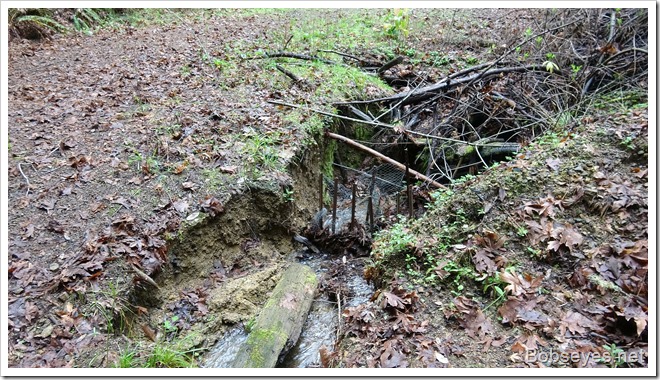 One of the reasons I’ve been trying to get my old Toyota running is so I can haul rocks to put in these kinds of spots to make dams to repair them. I’m  not a liker of culverts and don’t use them as they plug up in big storms and wash out doing a lot of damage in the process.

I headed on home from there and parked the bike.

Chickens go out to graze

It was time to let the chickens out to graze for the day. 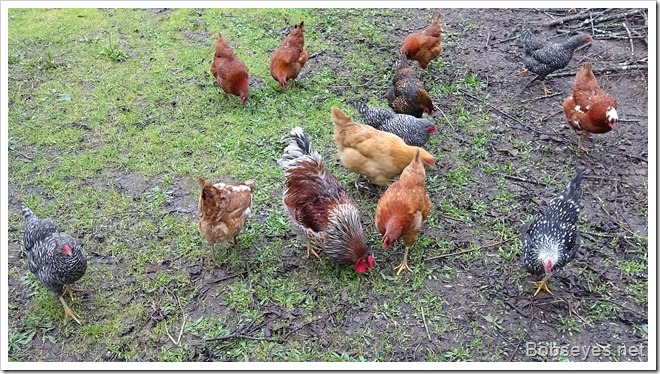 The other day I noticed I had a big leak in the garage, bigger than any of the smaller ones. :O) So I got the ladder out and went up on the roof to see what I could do. While I was up there it started to spit lightly. I sealed up some of the old nail holes and hammered a few nails down too. This big storm coming in should give it a good test and let me know where else it’s leaking. My Dad built that garage when I was a little kid, over sixty years ago or so. 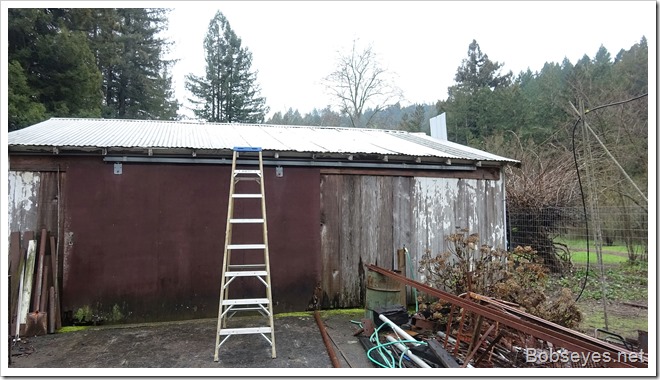 While I was working on the roof getting things together I noticed this wet spot under my van which was right under my added radiator cooler so I got some tools out and tightened up the loose hose clamp. That leak is likely why I had to add coolant to the system the other day when I was checking things out. 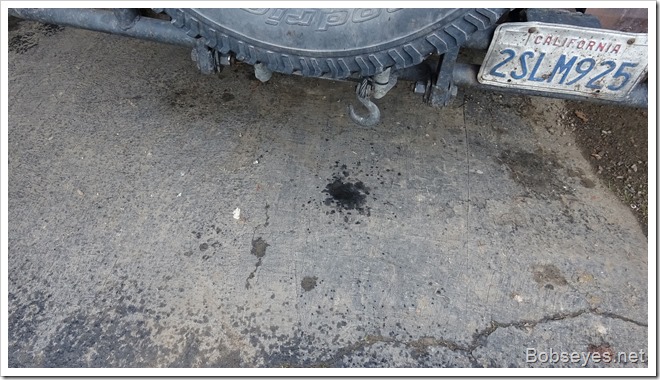 It was raining lightly by now but I had a plan to build a rat trap or at least get it started. I sorta had a plan on how I wanted to build it. I had a plastic bucket I cut in half a while back and thought I could do some thing with it so I cut and made stuff to get it done and I did get it done just after dark.

The bucket is the trap I made and am testing out. 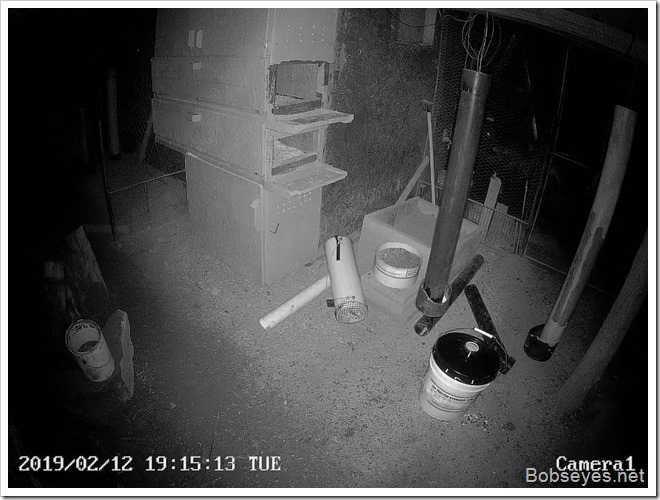 How the new trap works

It’s hard to see but the bucket is cut in half about in the middle and the top slides down over the bottom so when the trap is set off it falls around the bottom plugging the entrance hole on the right, just out of sight. There’s a hole by the food on the right which you can’t see. I put a stick in the middle to  hold the top up and if the stick is moved the top should fall down. I’ll likely have to improve the stick trigger but I just wanted to get it done to test for now. My camera will watch it for me and record any action. I’m also able to watch this from my computer in real time and it will let me know when something moves in the picture area. 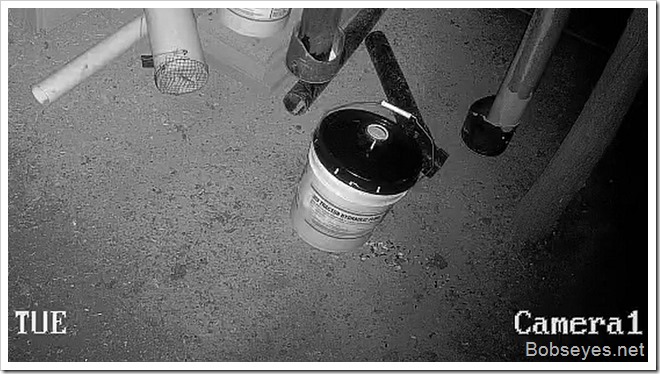 It’s still early and the rats haven’t put in a showing yet. The rain has increased so the big storm is headed in. Best thing to do for a big storm is enjoy it.

Here’s a night picture of some of  my chickens on the roost sleeping away. This is from last night. 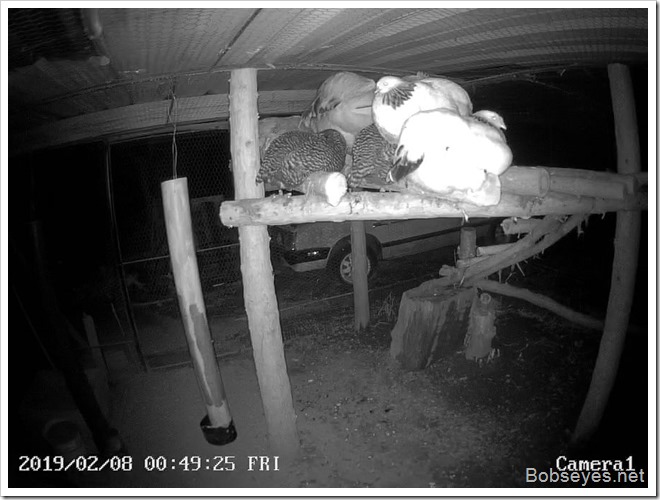 A good deal of time was spent watching these four young rats steal food from that feeder on the right. The rats are on the left getting ready to make a dash for the feeder. 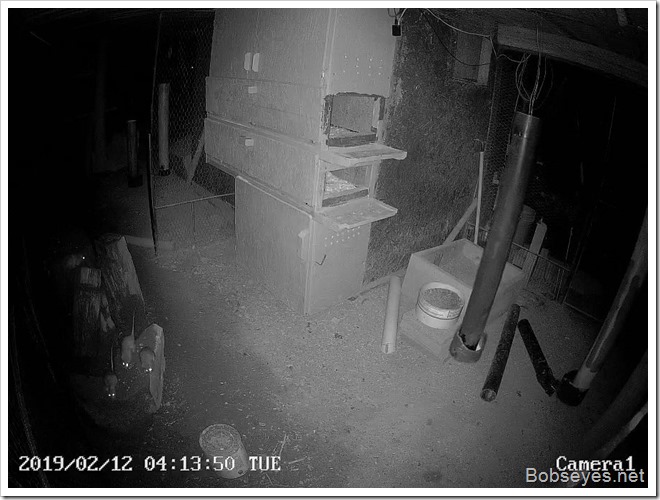 They made the dash and you can see one of them on the feeder and the others are waiting their turn. 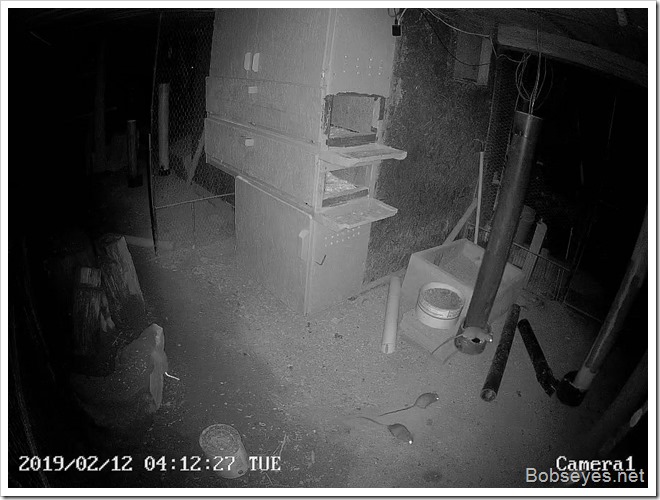 1 Response to Dirt Bike Ride, Garage Roof and Van Repairs and the Rat Trap Gets Made