Dirt Bike Ride Crash and the Quad Runner Tires Are On

Barry was coming over for a dirt bike ride today so I just did some chair hopping and puttering around the yard. I pulled some weeds for the chickens and gave them to them. This is the raspberry patch. 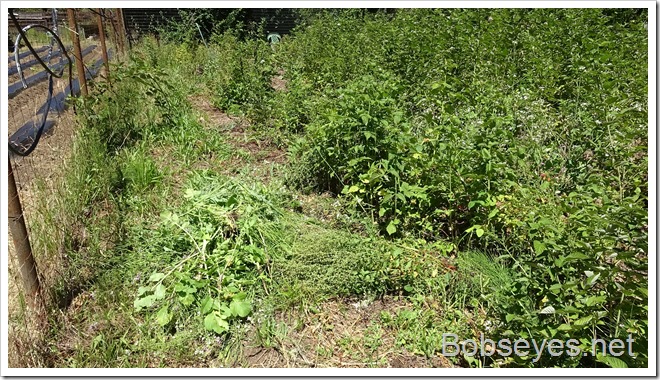 And I worked on the sediment removal from the old well for  a bit with my helpers. 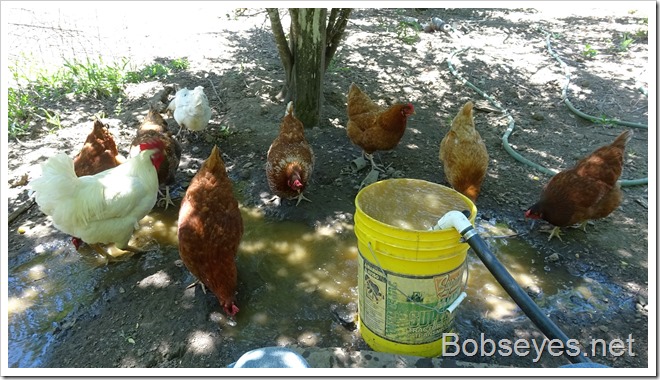 My view from this chair of a real nice day. 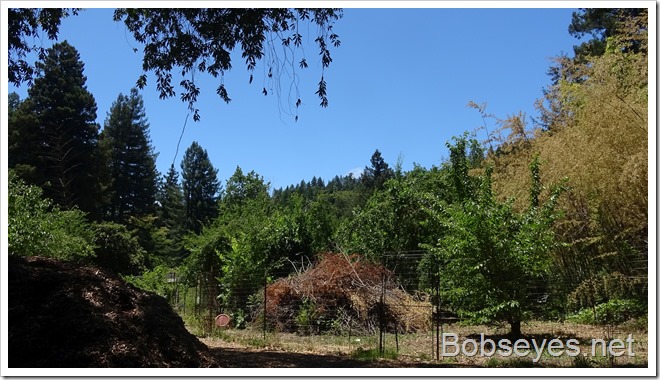 Barry finally showed up so we got things together and headed across the road and up into the hills for a ride. 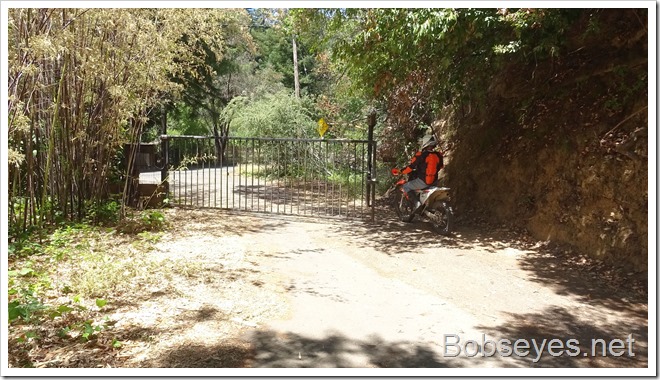 We took the old trail I’d recently cleared and I didn’t make it up this little hill. I was too close to the edge and stopped but the bike was leaning where there was no place for a supporting foot so over I went. I had to get myself out from under it and worse than that somehow I had to get it off the hill and out of the creek so I worked on that and got it done, just barely. 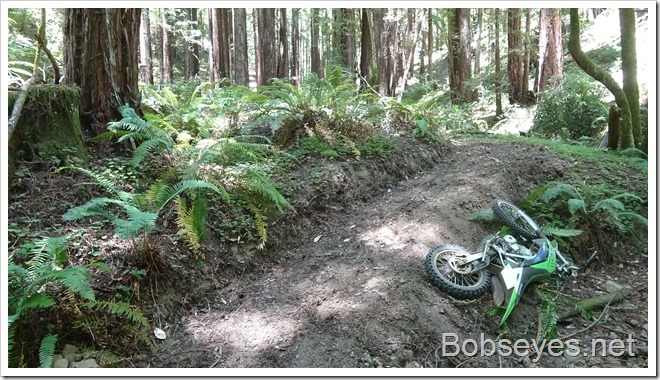 Just the  normal cuts and bruises

The outcome to me was two bloodied up elbows which is the usual stuff and nothing to be bothered with. Barry came back but too late to help so we continued on up the hill for our bike ride in the forest.

We rode around and eventually stopped at this spot for the view and a rest. 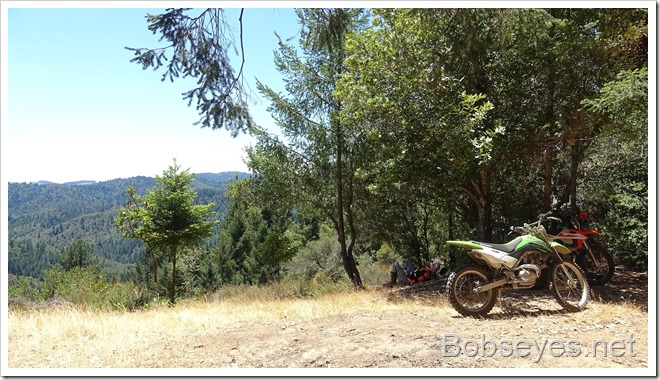 Looking south from the Top of the World. 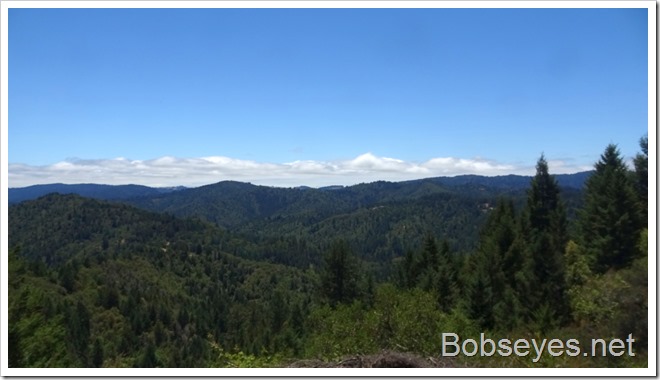 When we left there we stopped at this lumber pile Barry wanted to look at as he needs some of it for a project. 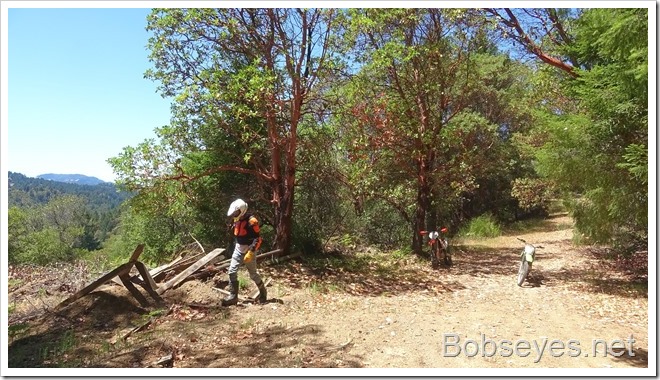 Eventually we made it back to my house and Barry took off for home and I had a rest and did some more chair hopping.

Tires on the quad

Late in the afternoon I worked on getting the new quad runner tires mounted on the rims which went well as I have lots of practice now. 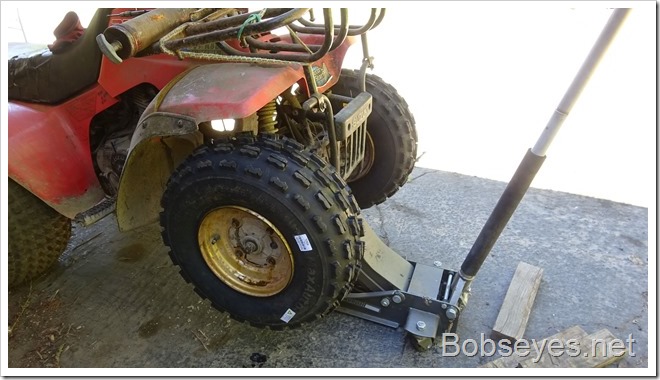 After that the car’s headlights needed to be replaced which should be an easy job. But. 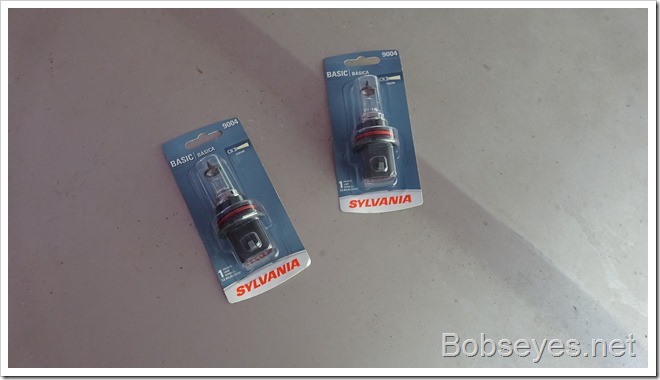 Serviced the battery too 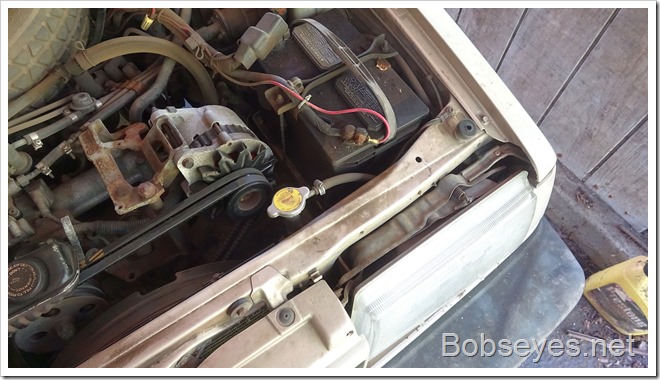 The new lights worked after I was done and tested them out so I closed things up and chair hopped the rest of the day enjoying the nice evening.

(Visited 198 times, 1 visits today)
This entry was posted in Uncategorized. Bookmark the permalink.