Barry showed up in my yard this morning with his dirt bike. He’s been reading my blog and knew I had the trail made so we could ride on up that road to see what’s up there.

We got ready to go and took off across the highway and on up into the forest. 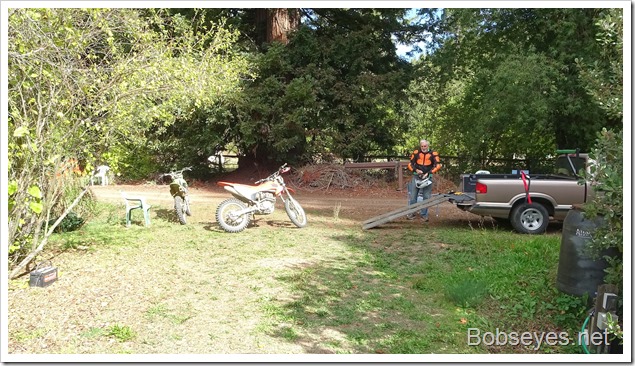 We stopped often to cut small limbs out of the road, the ones that smack you in the face, mostly. 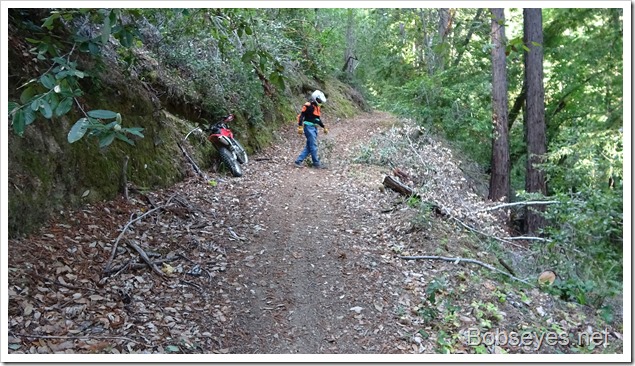 Barry is a surveyor, so we stopped here so he could figure out where a property line was. 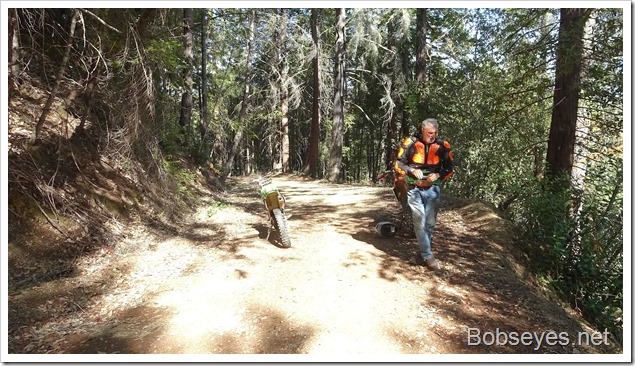 Eventually we ended up at our break area on the hilltop. Barry is headed to his hammock. 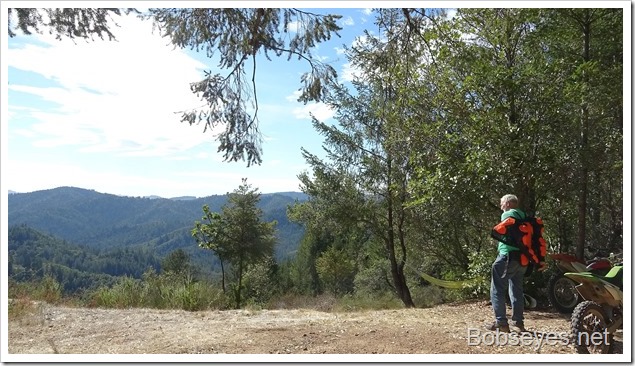 There were a few clouds in the sky today, maybe some rain coming soon. 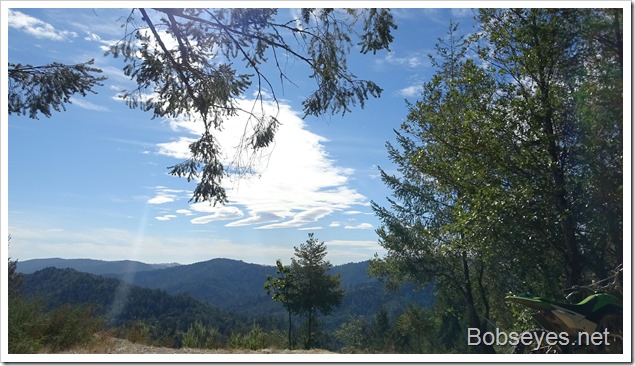 After a good break we headed for the area where I was working on the trail. Barry is checking it out and mostly gave his approval. 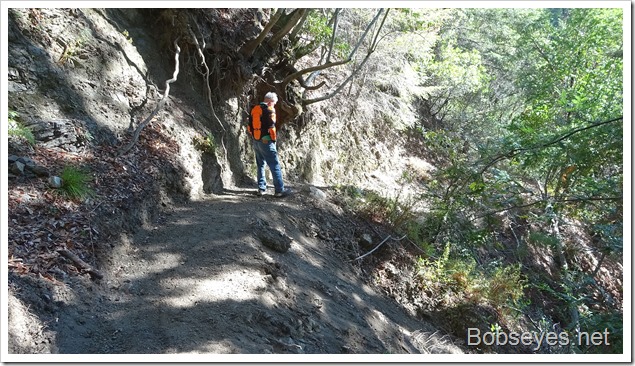 We walked up the trail a bit throwing rocks and sticks off the trail. 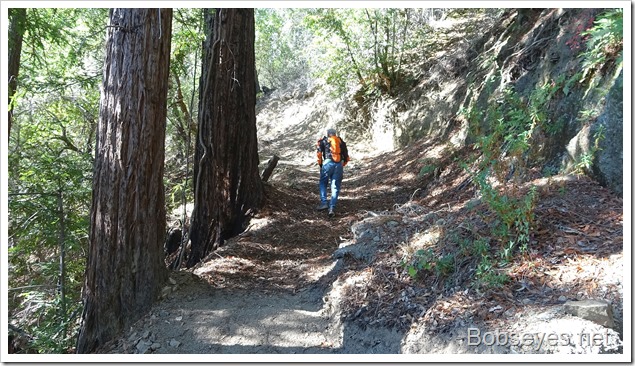 Back on the dirt bikes we rode on up the hill. 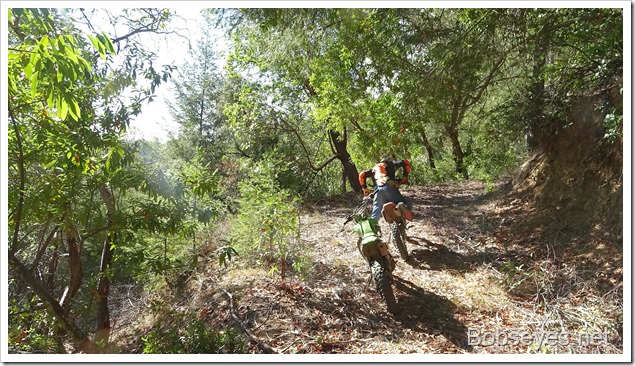 Stopping to trim brush off the road. 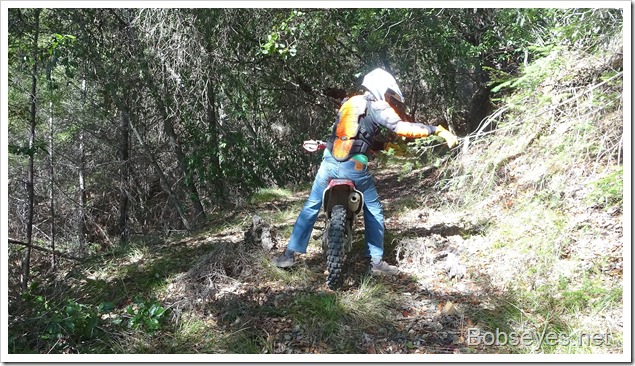 Barry stopped here to get this larger stuff off the road and I got off too to  help him clear it. We smelled gas and eventually realized Barry’s bike fell over and the gas was draining out. 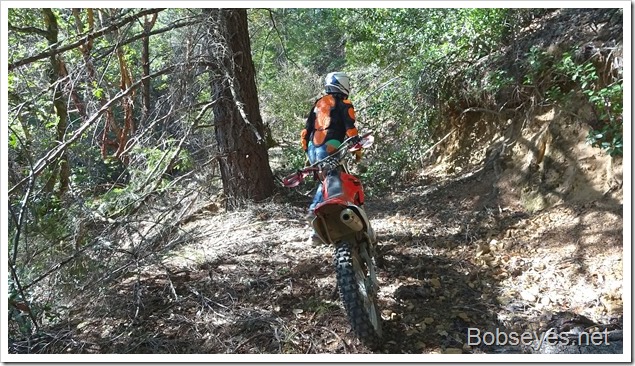 When Barry picked up his bike he said there was something wrong with his clutch lever as it was a bit loose, but it worked so we rode on up the hill further. We were going up a steep part when Barry informed me his clutch lever was broken, so we had a problem.

We were able to get the bike turned around and down to a flat in the road to have a look at it. Broken alright, so no clutch. I looked at it and was able to tighten up the clutch cable so he could at least use it to get the engine started so we were able to start down the hill headed for home. 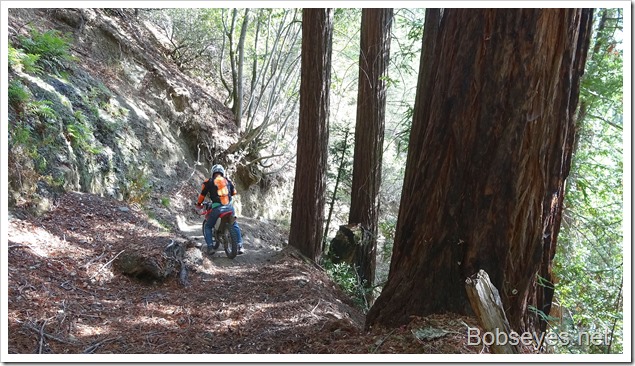 On the way Barry headed off in another direction. I knew he was headed on over to where we found a nice big edible mushroom earlier. We stashed it by the road as we knew it wouldn’t last the ride and now needed to pick it up.

This is about six inches across and is the most sought after mushroom in these parts. 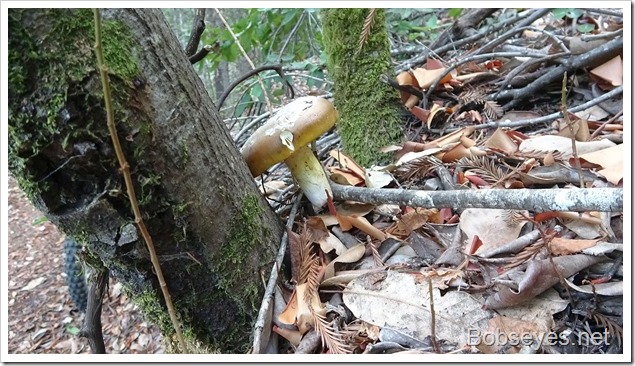 He stuffed that mushroom in his jacket and we took off for home. 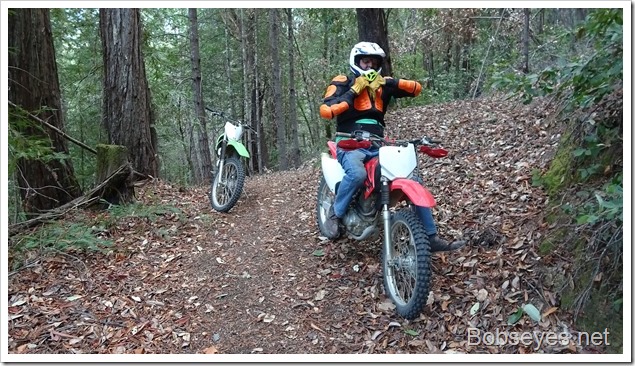 I  had some plans to do some work, but the ride was enough to tire me out for the day.

(Visited 122 times, 1 visits today)
This entry was posted in Uncategorized and tagged dirt bike ridein the woods. Bookmark the permalink.