Once I got it going today I drove down to Monte Rio to the parts  house and picked up my van parts I ordered yesterday and drove on back home.

I heard my brother Barry cutting wood up in the hills so I jumped on the dirt bike and rode on up to where he was cutting to see if he needed any bull dozer work helping him move logs. 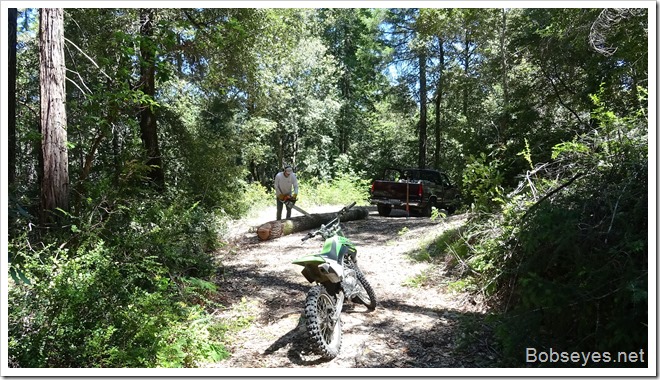 He seemed to have things under control so I rode up to the ridge top over looking the little town of Guerneville. 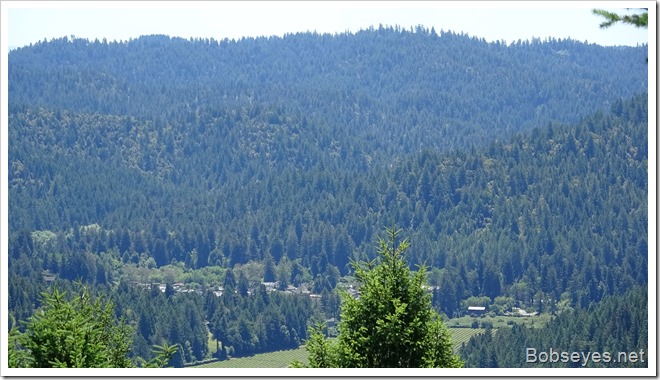 On the way back down the hill I stopped at this spot to check on how much water was flowing out of a spring I’m working on tapping. 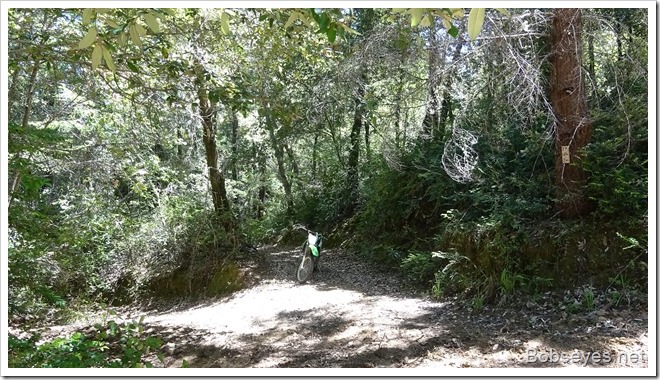 I use the gallon paint can to measure how much water is flowing from the spring. It measured just under 5 gallons a minute which is a good spring around these parts. 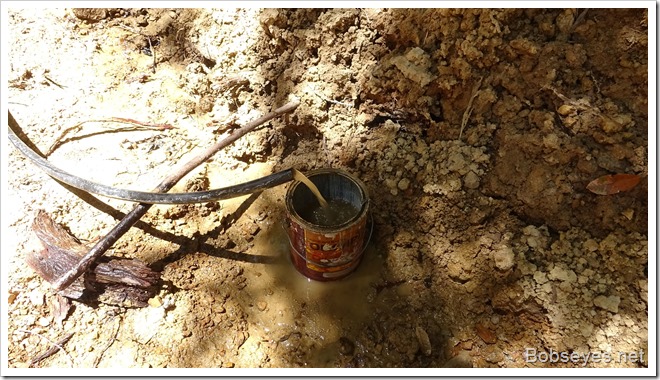 After that I stopped at Tom’s garden to eat a few strawberries. He’d just picked them for the weekend markets but I found enough to enjoy. That’s cabbage in the front and the strawberries are in the back. 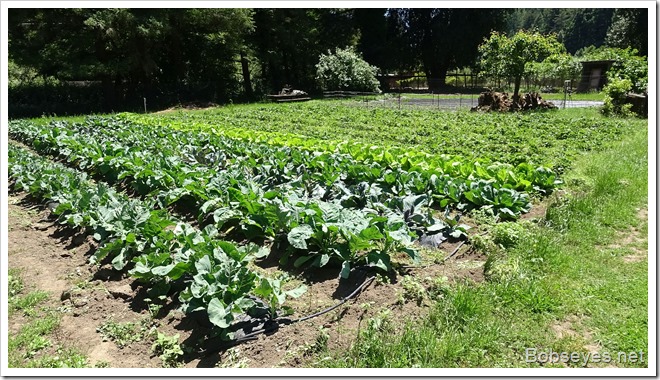 Once home I didn’t feel like working on the van or for that matter working on anything so I took it easy for most of the day with some napping and chair hopping.

Until late afternoon when I finally felt like doing something.

I loaded up the wheelbarrow with woodchip mulch. And I found this old bird house that had fallen under a big tree so I decided to install it over by the chicken house so I moved it over that way on the way to dump the wood chips. 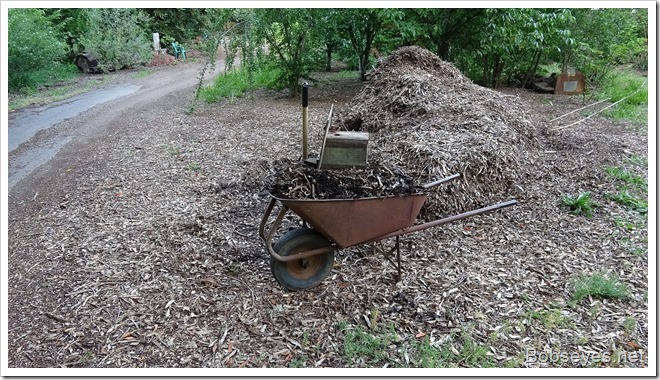 I dumped two loads of wood chips in what I call my mulch pen which is one of the places I let the chickens into so I put this in here for them to move around as they scratch around during the day. 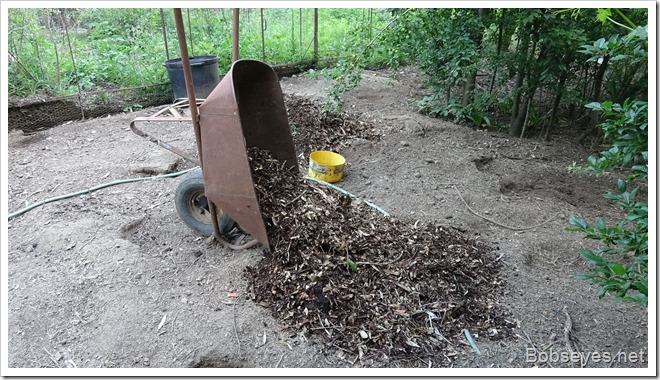 As I was heading to the feed shed to check on my new peeps I heard what I thought was a bunch of little peeps peeping, but it wasn’t my new peeps so I investigated.

It turned out to be a few little peeps in this nest box. I knew what lived here as I watched the birds move into it and two of my readers identified the birds using it as Bluebirds. I’d watch the swallows diving on the bird while on a close by nest that must of been occupied by the swallows. Anyway the bluebirds moved to another nest about 30 feet away and started their nest in this box. 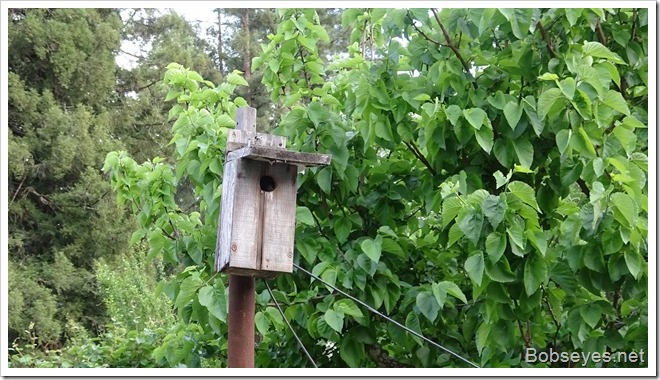 I could see one of he little peeps in the box. 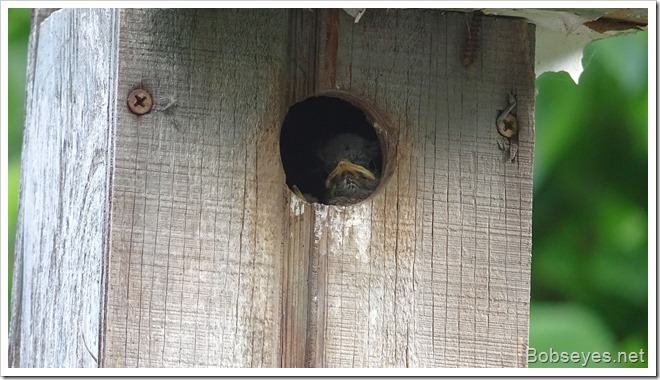 And then I spotted the reason for all the noise. Looks like papa bluebird has a bug for them. 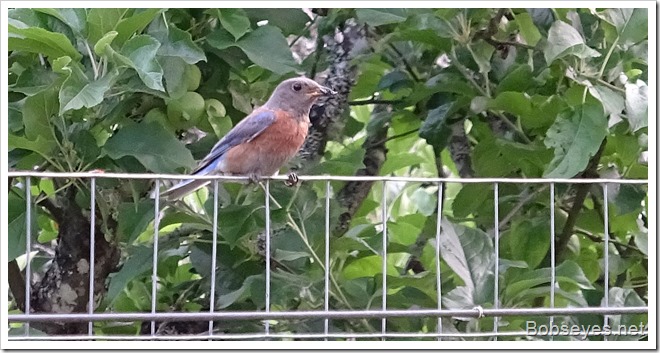 Next I hung up the other nest I’d picked up under the tree here on this post. 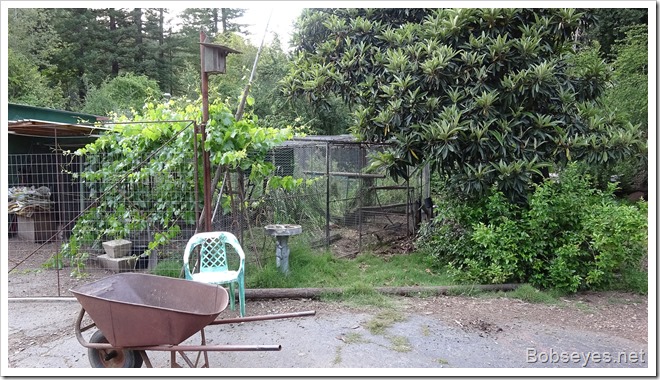 As long as I had the wheelbarrow out I wheeled it over to  my brother’s carrot patch where the carrots had gone to seed and filled it up with carrots. When they go to seed the carrots get real woody. The chickens don’t seem to like to eat them much. I put them into their pen to see if they eat them. Sometimes they like to let stuff rot a little before eating them so we’ll see. 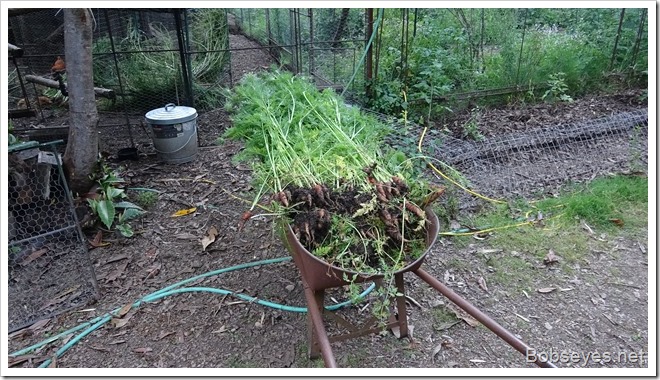 Just before dark I checked on the chicken egg incubator to see how things were going.  I had 7  chicks in there so far. The little guy in the middle, center, just hatched out and isn’t fluffed out yet. Some of the birds hatched out a bit peppier than the others. I can leave them in here for a couple days to mature a bit then I need to move them out to get some food and water which they do not need their first couple of days as they feed on their yokes. 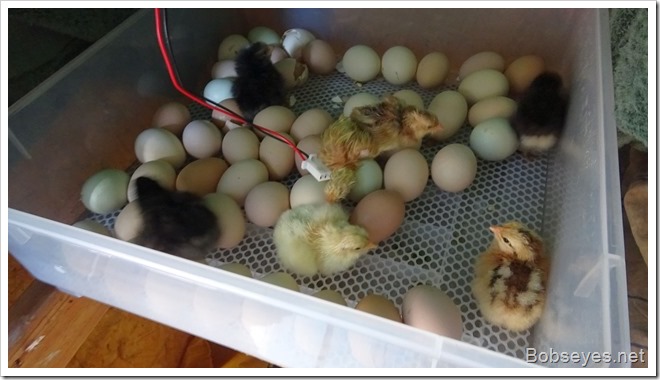 I got a bit done but it was mostly a lazy day.

1 Response to Dirt Bike Ride, Bluebirds, and My New Peeps