Somehow my brother Barry pulled into  my yard and unloaded his dirt bike and rode up into the hills somewhere, so I got my dirt bike out and rode up to look for him. 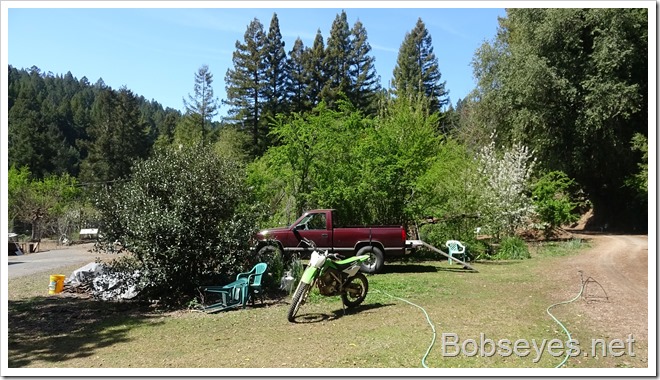 I’d stop and listen for his dirt bike and move on when I didn’t hear it. I rode all over our place and part of the neighbors but didn’t hear a sound.

I stopped here at the Guerneville overlook for a bit. Looks like Korbel winery just turned over the grass in their vineyard down there. 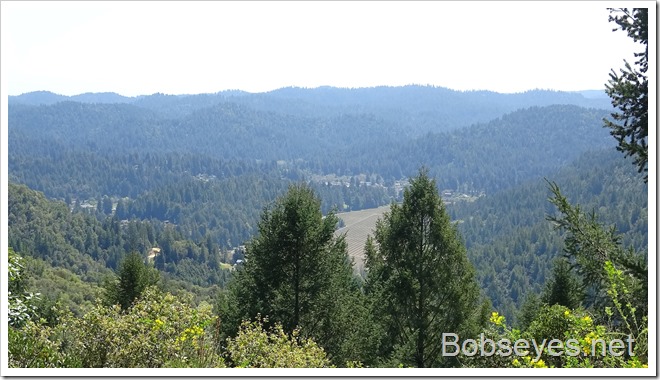 I rode around a bit more and still couldn’t find him. He must have been resting someplace so I went on home.

Then I walked over to my brother Tom’s garden to see what he was up to.

He’s been prepping the ground and planting some stuff. 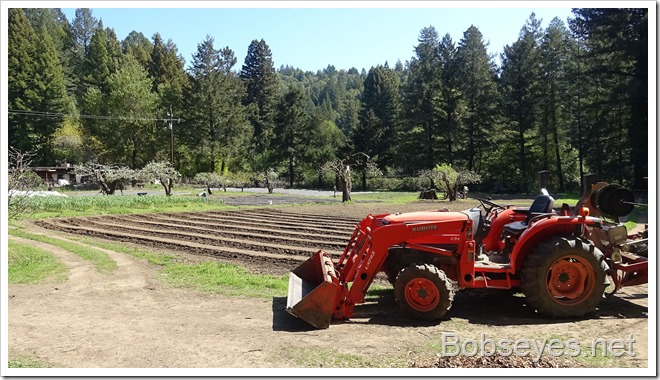 I found Tom in his hen house gathering eggs that he sells at the farmer’s markets. 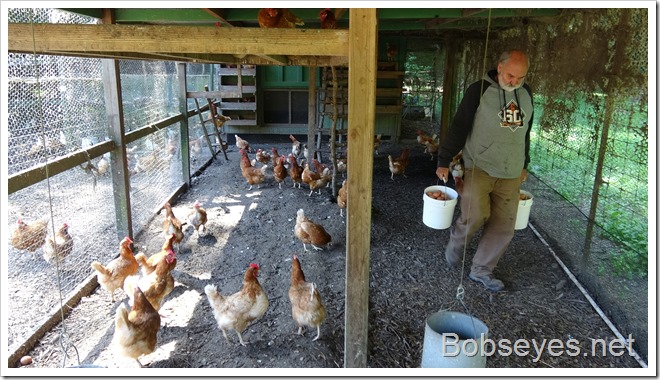 After that I went on home and was puttering around when Barry rode in on his dirt bike.

He said  he had fallen down and gotten some scrapes on an arm and a leg and some knee hurt too. Ought. 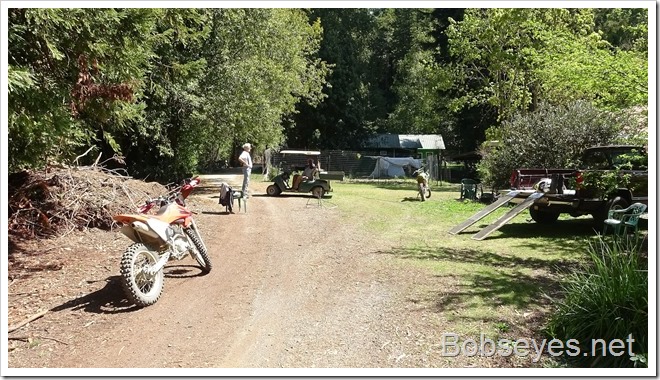 After they left I continued puttering around the yard doing little things and finished the day chair hopping.