Dirt Bike Ride and an Evening Paddle at Jenner

I knew my brother’s dirt bike battery could use a charge so I hopped on the bike and headed for the hills but first I stopped to see what my brother Tom was doing in his garden. 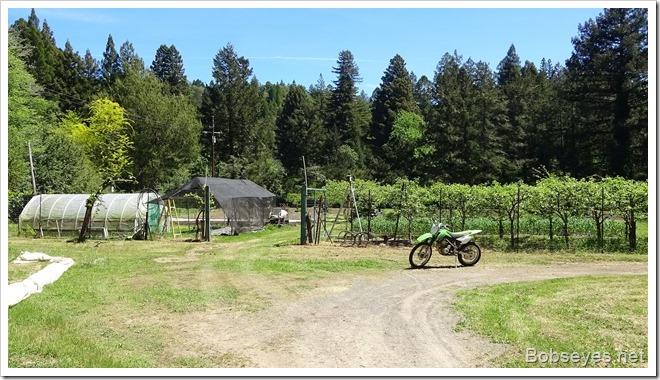 Him and his helper were planting something  which you do a lot in the spring. 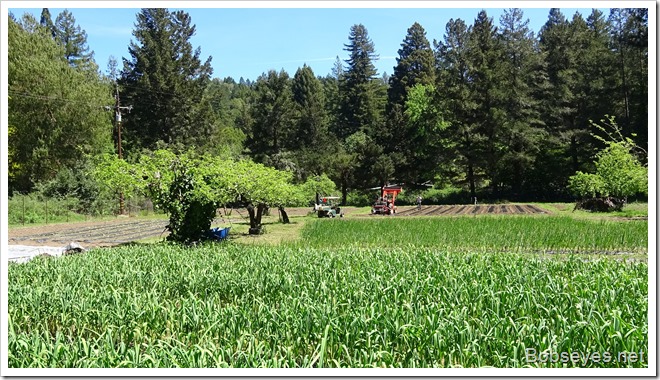 I left them at it and jumped back on the bike and rode on up the hill to the ridge top overlook. 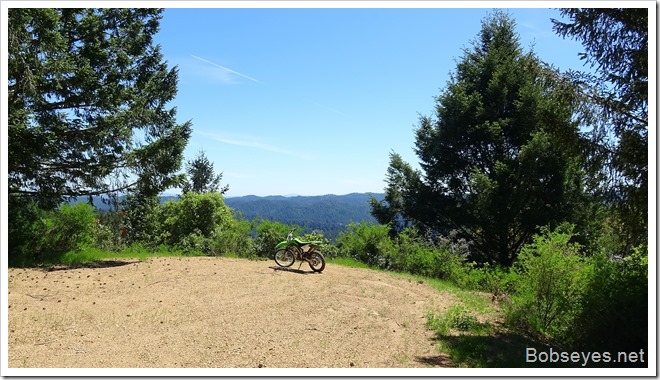 The town of Guerneville is down there by the Russian River and in a forest. 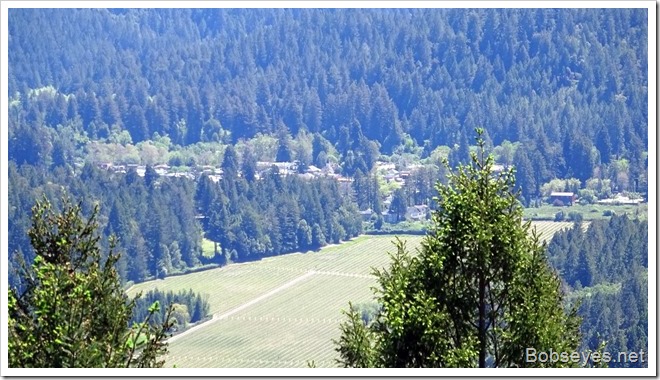 I also noticed the wild lilacs are blooming nicely. 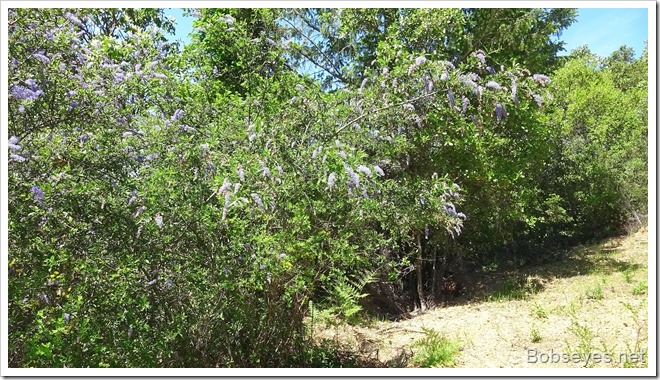 I rode around on the forest roads for about and hour and then headed on back stopping at this spring that my brother uses for his gardens.

The pipe had some silt in it so I wiggled it around until it cleared and the flow looked like this. 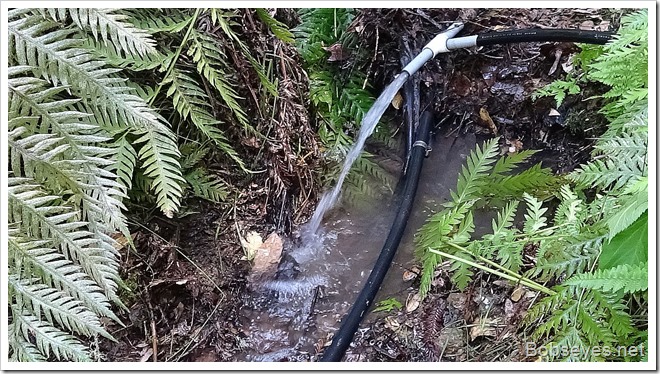 Good at the tanks

I continued on down the hill and stopped to check that our main water tanks were full of water and they were so all was good. 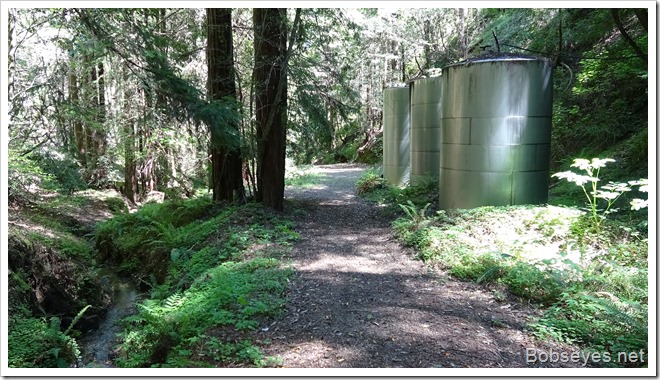 I made it back to the house where a nap was in order.

After that I puttered around in the yard until evening when I jumped in my car and drove on down to Jenner for an evening paddle in my kayak.

Nice and quiet down here at this time of day so I put my boat in the water at the boat ramp and headed up river a bit going by these birds. 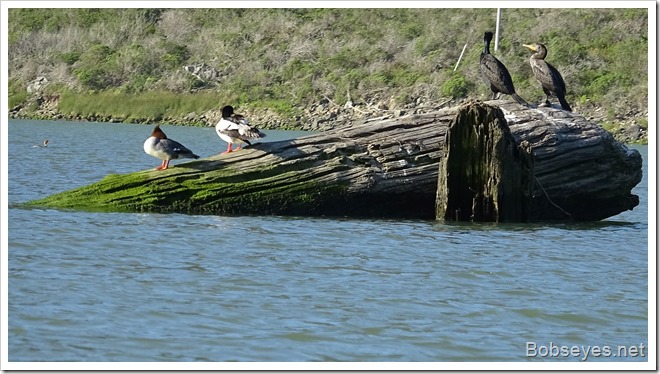 I decided to go down the island back channel and head towards the ocean.

Paddling down the island back channel. 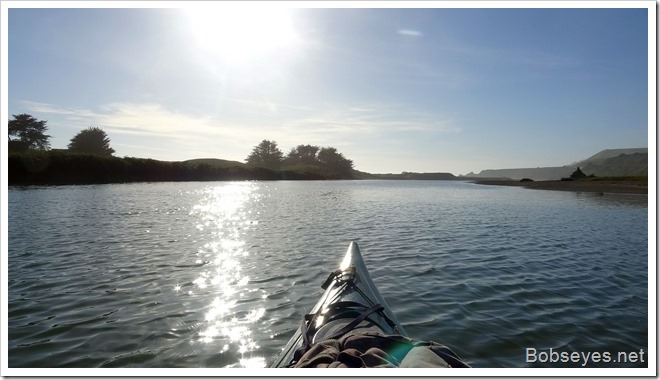 The wind was mostly down and the sun was headed that way too as I started to cross over the river headed to the mouth area just up under that sun. 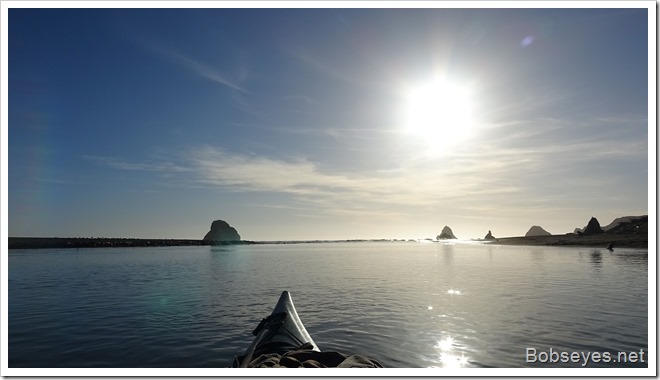 A harbor seal with her pup were resting on the sand as I paddled on by. 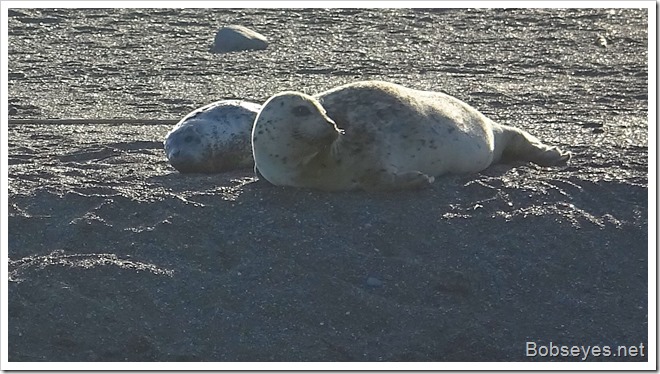 I made it to the open river’s mouth where there were a lot of harbor seals resting on the sand. 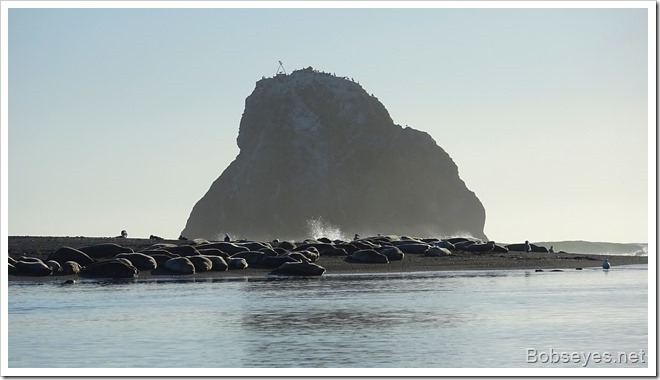 I hung around the mouth area for a bit then turned and started a slow paddle on in to the boat ramp.

The river has calmed down for the day as I head on in about a mile to go. 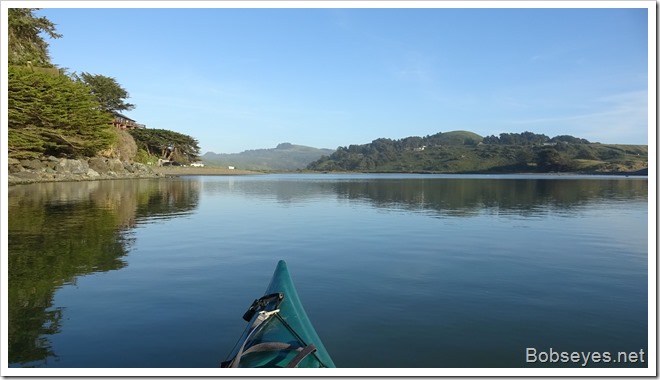 When I got home I was tired out so I didn’t stay up long and went to bed and that was it for me that day for a nice one.