I heard a motor bike outside this morning and when I looked my brother Barry was outside on his dirt bike. So I went out and he said do you want to go for a hike and check out some old roads.

I said sure just give me a bit to get it going. 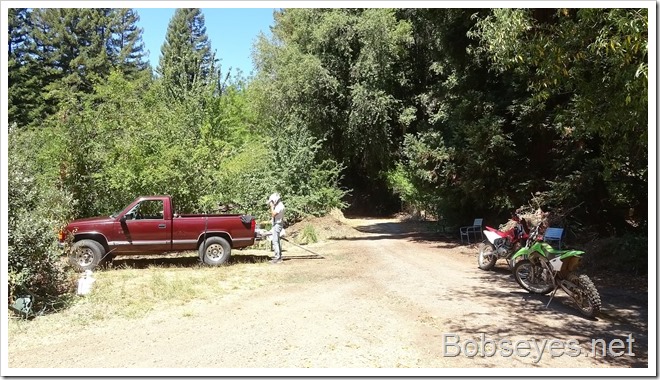 We parked by the gate and started walking down this old road. 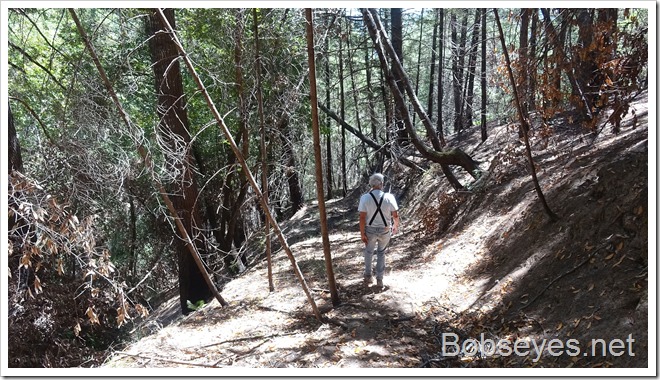 The road didn’t go far and soon petered out so we continued on down the hill with no road or trail, rather steep. 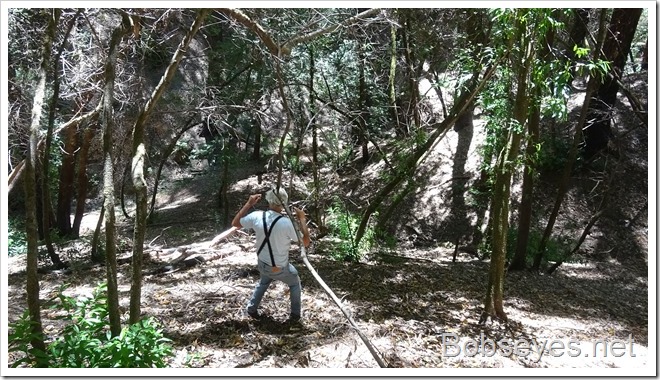 We were looking for a couple more old roads but missed them and ended up on a park trail at the bottom of the hill which went down along the creek. 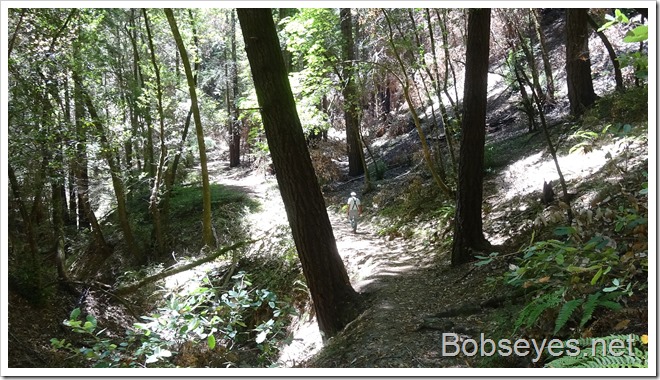 It was a nice trail and we took it until it came out on a main dirt road we knew. 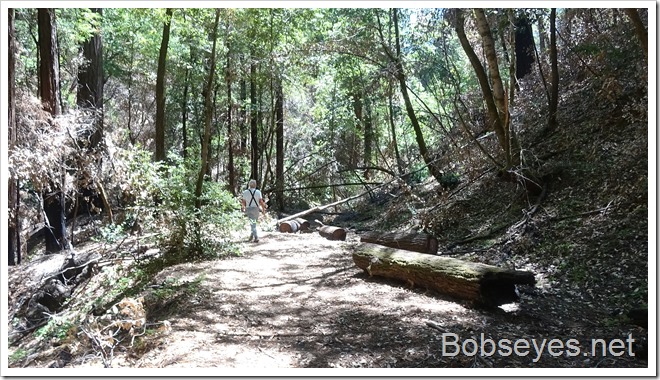 Hiking back up the hill

We were still looking for the old roads but we’d missed them and had to get back up the hill to where our dirt bikes were parked so we started up the hill here with no trail. I followed Barry so if you watch him you’ll see this hill we were going up was fairly steep. The forest fire had burned all through this area. 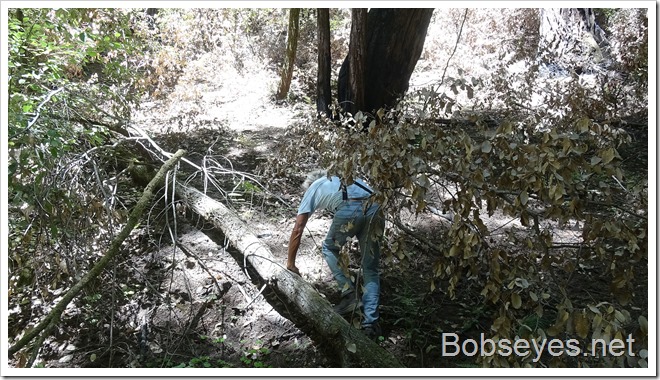 Up we went. I had to call a break more than once. 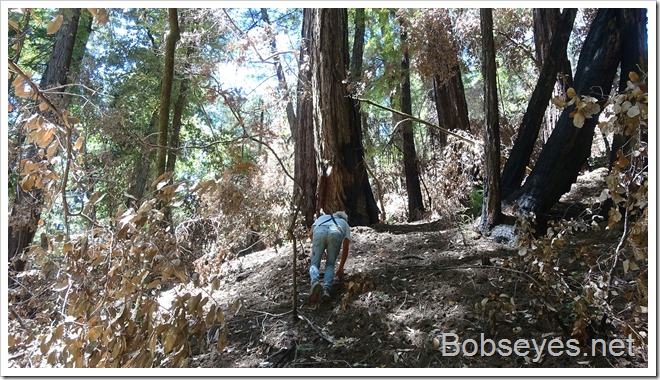 We climbed through this area on up. 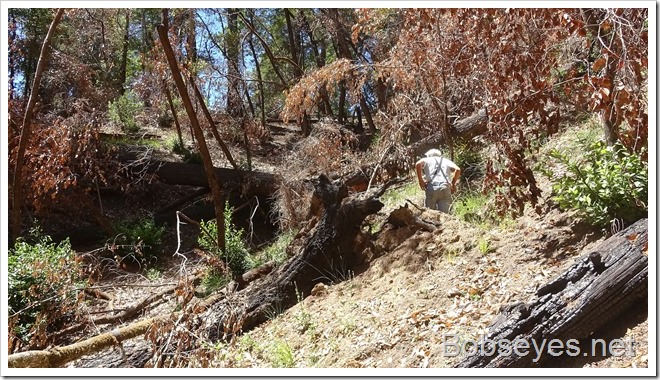 And sometimes we went under stuff. 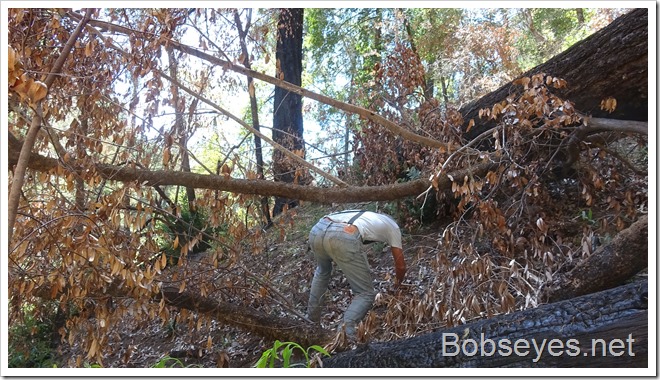 And we kept at it, up, up and up. It was a nice forest to hike through even after the forest fire and even though it was steep. 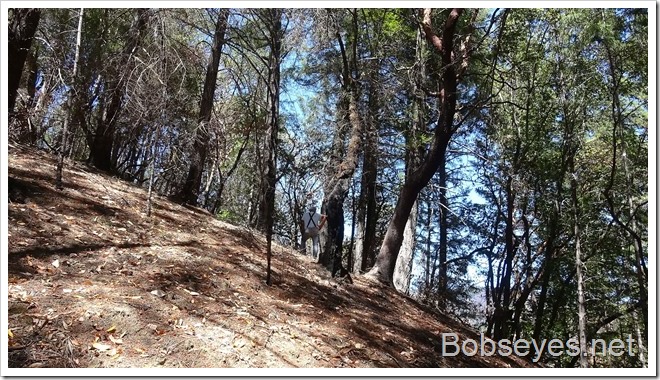 We finally hit a ridge top that we could keep following on up. We were looking for the main road up there that we rode the dirt bikes in on which we knew was up ahead somewhere near the top of the hill. 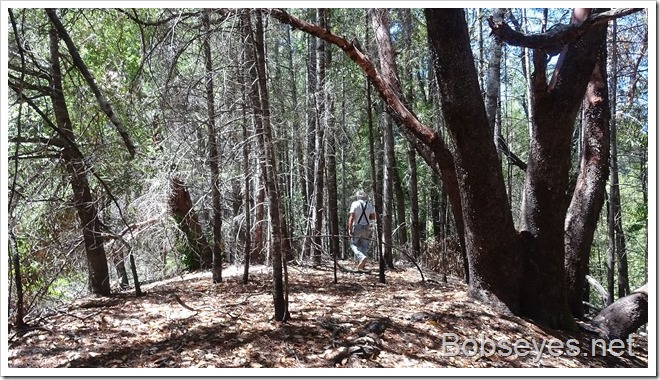 And finally we saw the road, so did the final scramble up to it. 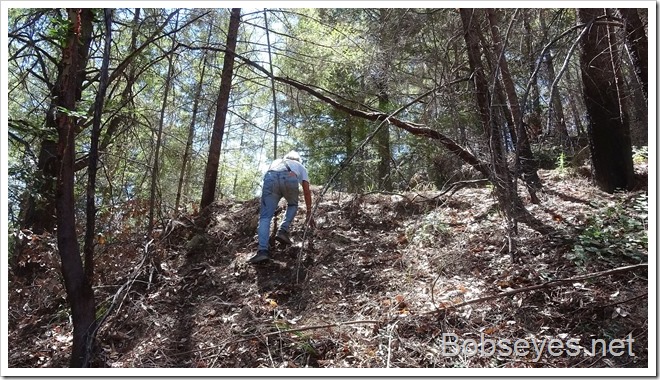 This is the main road up here, called Pool Ridge Road. Our dirt bikes where about a half mile of so up the road where we parked them. 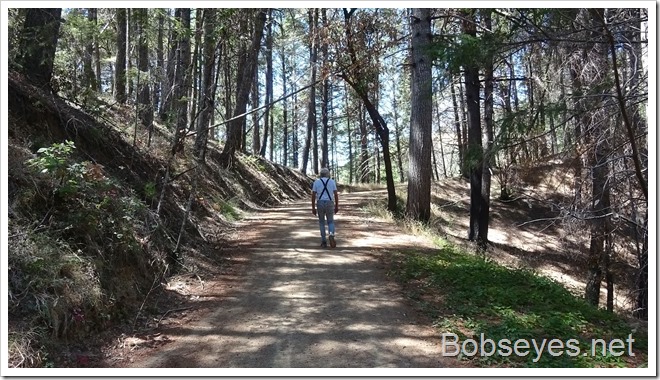 Nice to get back to the dirt bikes as my legs were worn out and fairly wobbly. 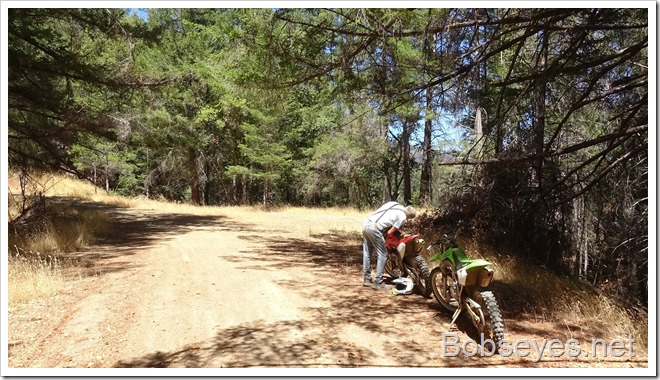 Drink at the spring

Barry says let’s ride down to our spring and get a drink of water so we did, a few miles of riding. 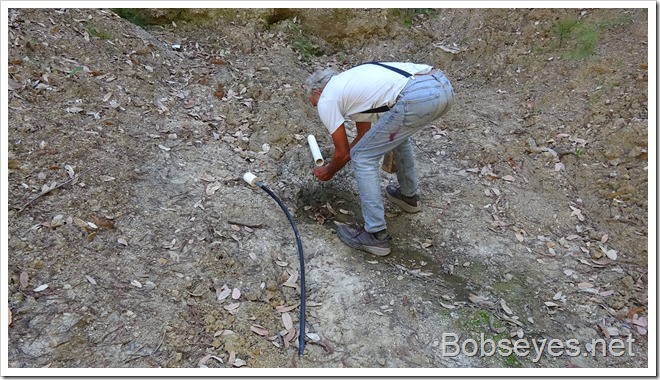 Barry also checked the springs flow, just over a gallon a minute. It’s increasing slightly and not dropping which his good.

Later I looked at the van for a bit trying to figure out some more wires and then chair hopped for the rest of the evening.

Sure got some good exercise today.