Digging Up Blackberry Vines and Yard Work and Missing Chicks

Overcast but nice out

I let the chickens out early to graze in the yard today. 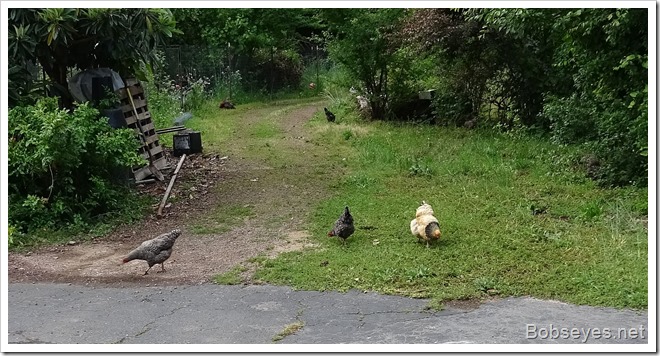 My lone poppy is still looking good as I walked by it headed to do some berry vine removal. 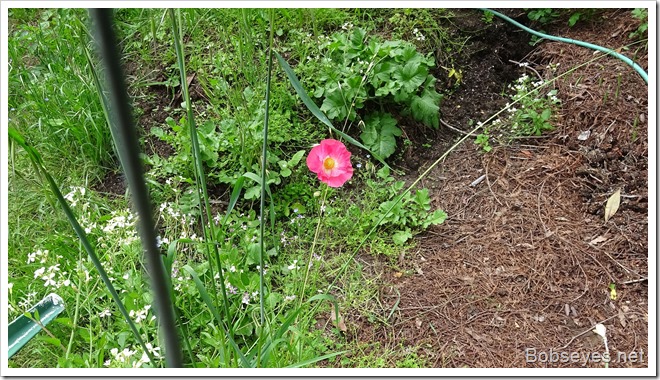 Digging out berry vines in this area

There’s a bunch of blackberry vines coming up in this area so I got my shovel and preceded to dig them up. 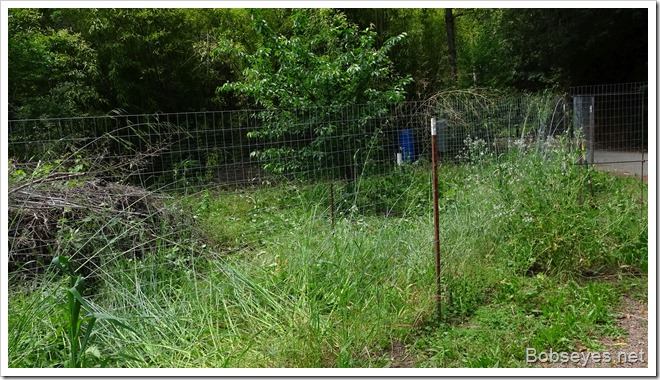 Lots of dug up blackberry vines in this photo. 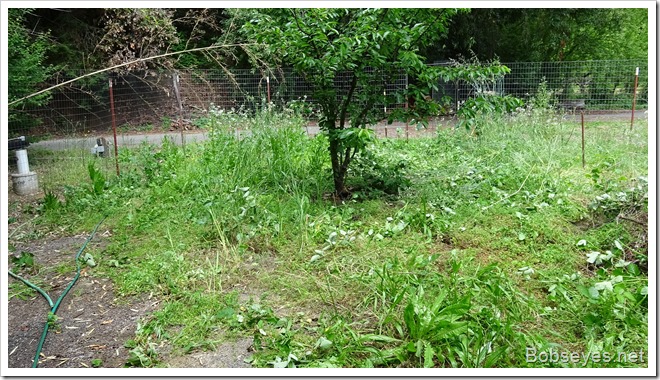 I put the water sprinkler on the weeds to help them grow some more.

It rained pretty hard last week and caved some of the dirt in where I was working to get it out with all the cement blocks. Some of them fell back into the hole so I worked on getting them back out. 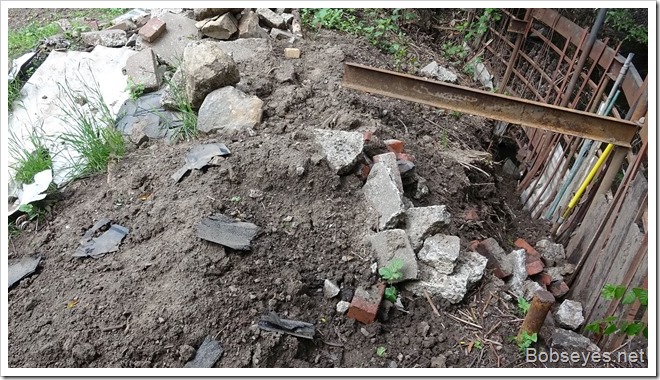 The dirt was still too wet to work so that can wait until it dries out a bit.

It was time for a nap so I went in the house for one and it started to rain while I was cutting z’s. It didn’t rain hard or for very long so when I went back outside it had mostly stopped.

I puttered around and picked up some of the brush I cut yesterday but not all of it. The chickens moved right in after I picked up the brush in this spot. 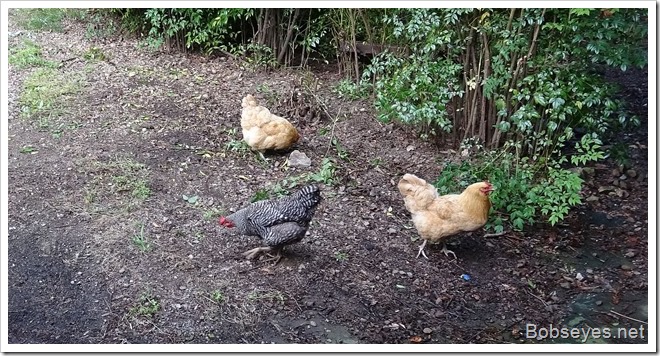 When the chickens went to roost tonight I checked on the new chicks and found three of them missing. I looked all around but saw no sign of them dead or alive.

Jail for the chicks

I’m thinking I’ve been letting them run around too much for their age so I will have to fence them in until they get larger or I might lose them all.

I have no idea where they might have gone to as there is absolutely no sign of them which sorta indicates some thing likely dragged them off and ate them.