Digging Up Blackberry Vines and Still the Bulldozer Won’t Start

I spent most of the day digging up small blackberry vines throughout the yard. They seem to be popping up everywhere.

Here’s one of them. They are small now but if I don’t dig them up they turn into a very large bush in a short time. The chickens don’t like them and avoid spots where they are growing so by removing them it also lets the chickens into the spot to dig up the ground and eat things. 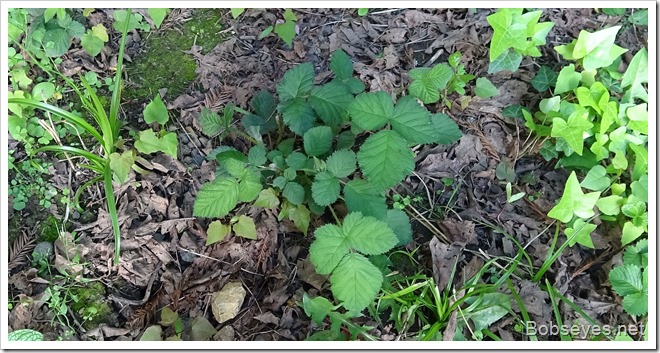 I worked on and off on the vines all day along with  a lot of chair hopping and just taking it easy.

Near the end of the day I collected all the blackberry vines I dug up with the wheelbarrow. There’s still lots more to dig up. 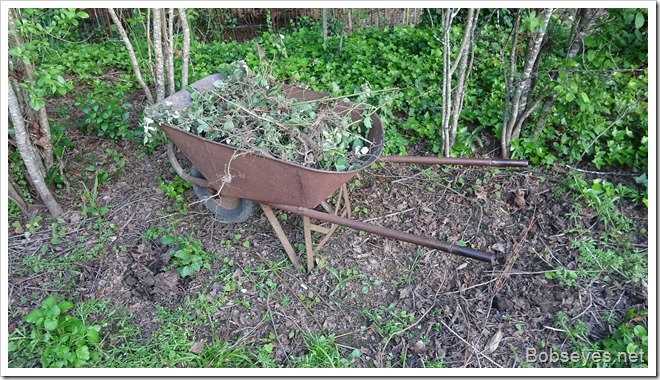 I checked on the chicks and threw some seeds into the grasses where they were feeding with mom. 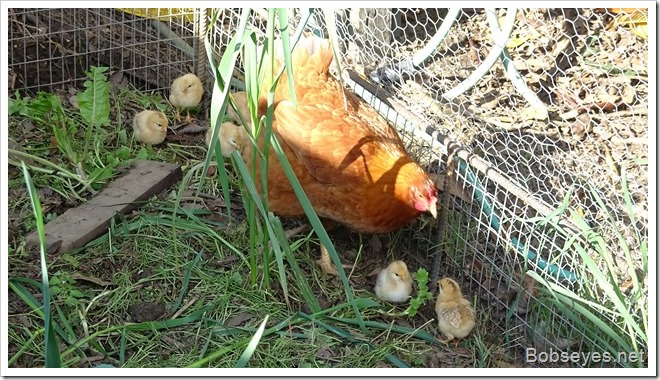 Trying to start the bulldozer

Around 5 Tom came by to go up and work on trying to get the bulldozer started.

Tom said he’d run it out of fuel and so we needed to bleed the air out of the fuel lines but we haven’t been having much luck so far. I studied the books and watched some YouTube videos and felt I knew what to do and we’d get it going today,……………but. 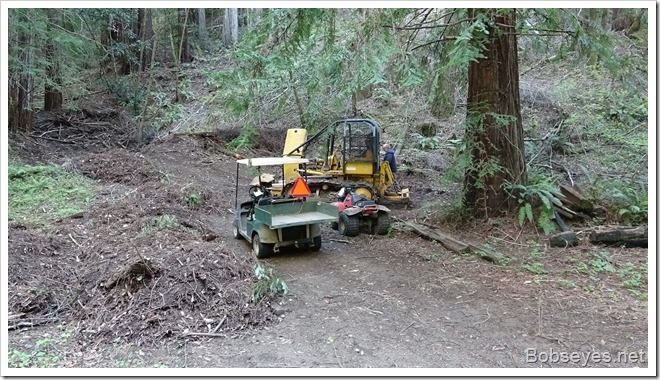 I loosened up all the injectors and Tom cranked the engine over but still after about wearing the battery down no fuel came out of the injectors like it was supposed to.What now. I knew I was doing it right and there was fuel to the injector pump, but no go. 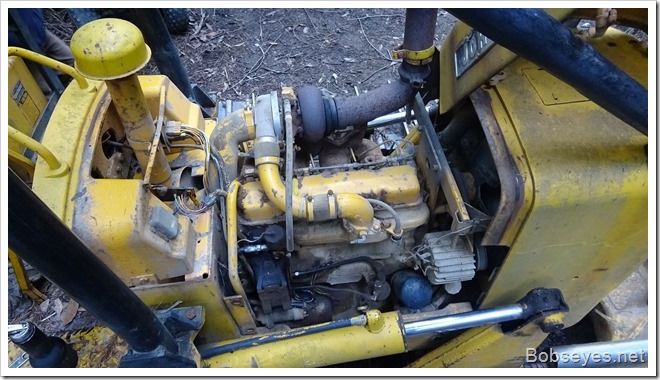 So I looked at the injector pump here, that dirty thing. 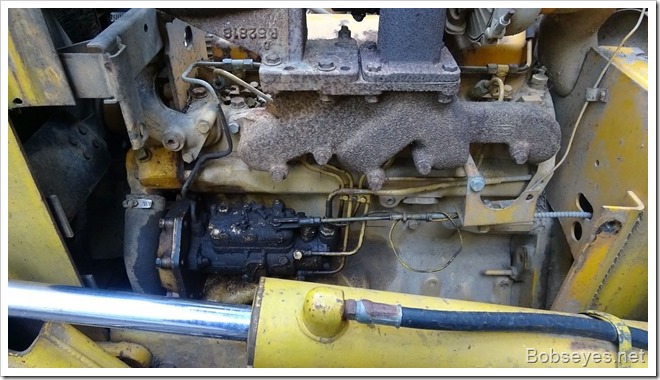 The injector fuel pump doesn’t seem to be pumping any fuel to the injectors so I’ll have to study the books some more and then try to figure out why. 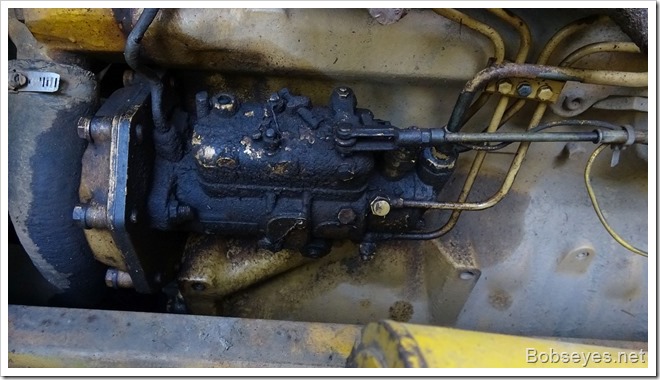 Any fuel in the tank

About that time Tom says he put 10 gallons of diesel in the tank when he thought it was empty but I should check the level to make sure there’s fuel in the tank.

There’s a metal rod that dips into the fuel tank that you pull up to see where the diesel level is on the rod and it’s rather hard to see the diesel on the metal rod. I pulled it out and it was diesel all over it so I wiped it off and dipped it again and the rod showed the tank was full of fuel.

Something else is wrong

That meant he didn’t run the fuel tank dry but something else is wrong. Something to do with the injector pump I think.

We failed to fix it again but we did find something out which I have to work on doing a little more studying of the books to figure things out.

We went on home and I did a little chair hopping before shutting up the chickens for the night.

Nice day battling the blackberry vines and we’re one step closer to figuring out the bulldozer no start problem.