Not much planned for the day. I planned to take it easy and just do a little work.

I checked on this avocado tree first thing to see if it’d dropped any more fruit on the ground as some of them have been falling out of the tree lately. It’s too tall for me to get up there to pick them so this  method works out ok 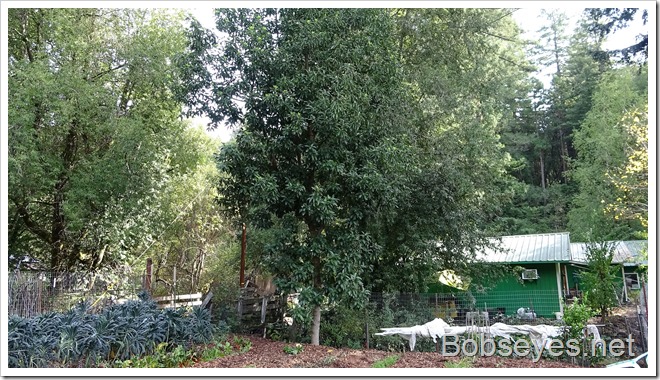 I found three of them on the ground so I took them in the house to ripen up some more and eat. They are small but the seed is also small so it all works out. 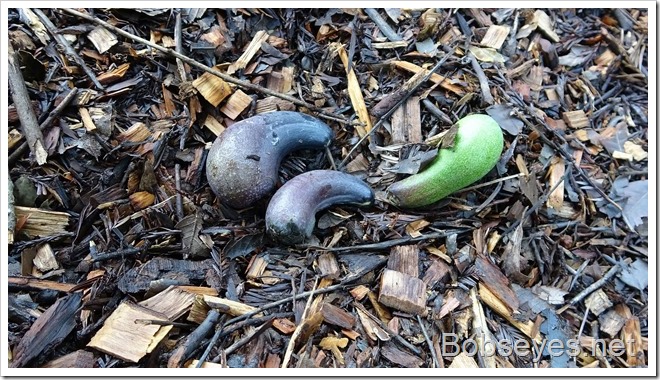 These avocado fruits were one reason I put all the mulch under the tree to make their long fall to the ground softer. They may be small but are nice and tasty.

I also heard from my brother Tom on stripping the old leaves off his kale. Oops, he said don’t do that as he meant he was going to strip off the leaves to sell them at the farmer’s market. Good thing I didn’t strip off more of the leaves, eh. :O) A slight misunderstanding.

I’m learning about kale and need to figure out how to cook it so I like it and eat some as there’s no corn in it. :O) It’s supposed to be a supper plant for one’s health.

The loquat tree blooms this time of year for two or three months. 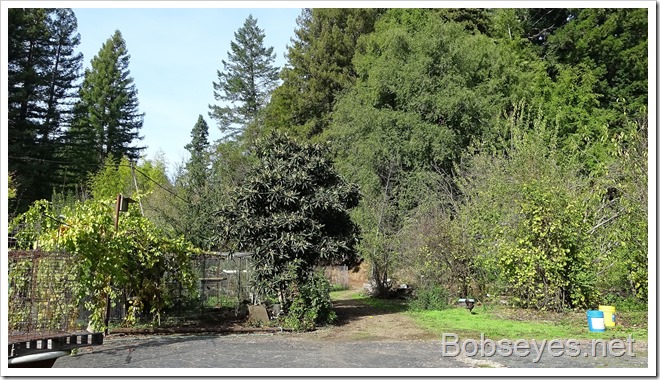 It has nice big blooms and lots of different things feed on them.

I moved this water sprinkler over to water this grass. Even though it’s rained a lot I figured it wouldn’t hurt to water it a bit to hopefully make it grow faster for the chickens to eat. Just a couple minutes each time. 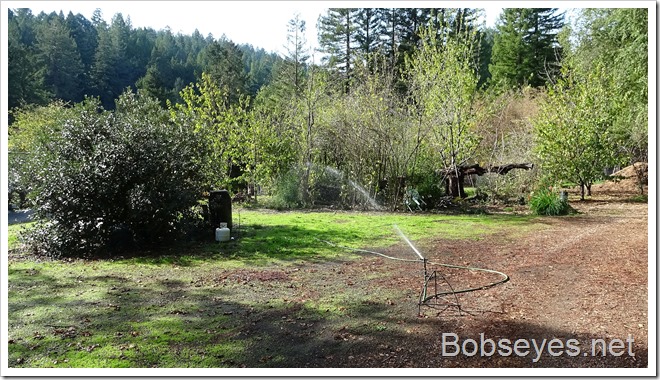 I needed a little exercise so I decided to move some of this forest mulch which has a lot of dirt in it to a low spot in my yard. I only planned to move a couple of loads,,,,,,,,,,,,but. I did move a couple loads but moved a bunch more after that later in the day. 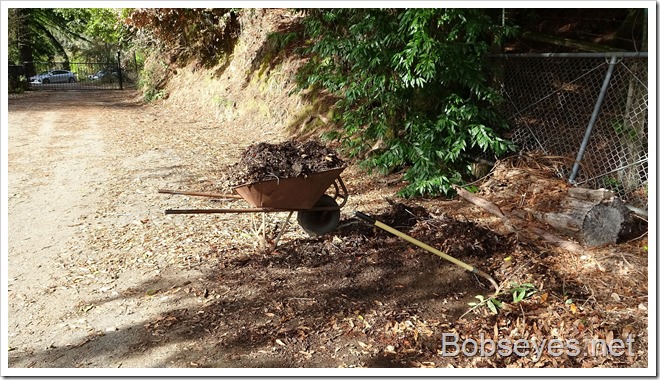 I find these barrel  parts to be useful for a lot of stuff. This left over piece makes a good frost guard for the water faucet that is under it. 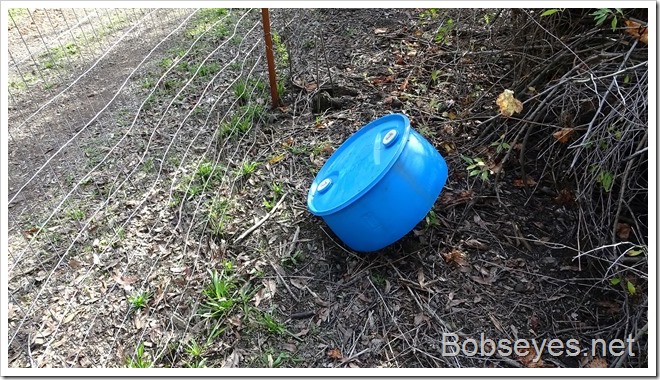 After some chair hopping and a nap I moved some more mulch to this spot to fill in a low spot in the yard.

While I was chair hopping around the yard I decided to clean up this pump stuff. The pump and pipe needs to be put back in the well but the chickens have been scratching around it in the dirt and got it all dirty so I got the water hose out and cleaned it off the best I could and was letting the mud I made dry out a bit before installing it. 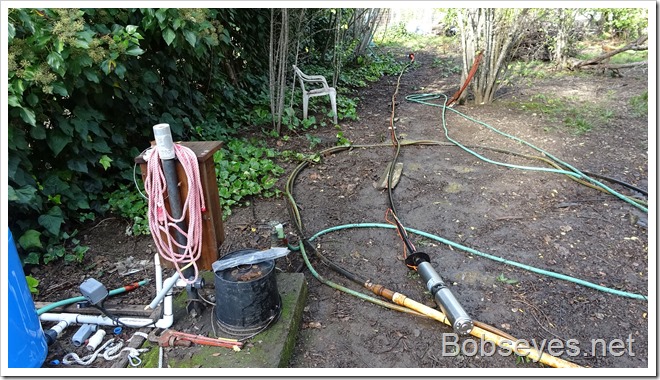 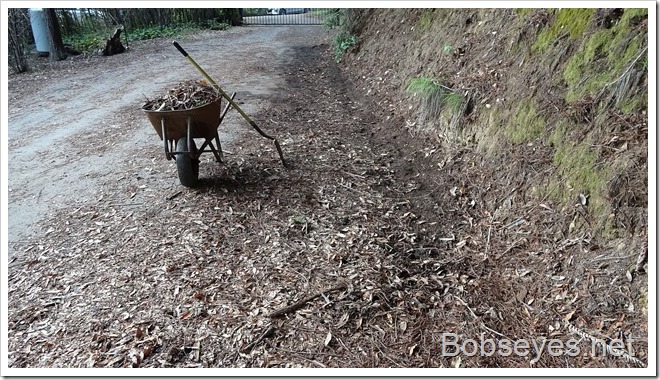 I put that mulch under these apple trees where there was another low spot from a big redwood stump rotting under the ground which let the ground sink a bit. 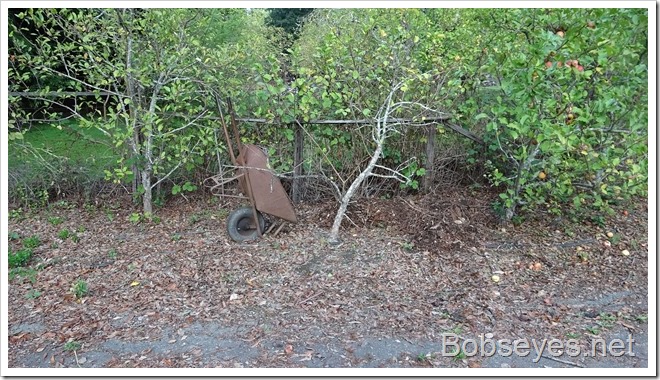 The sun went behind the hills around three and here’s the skyline looking west. 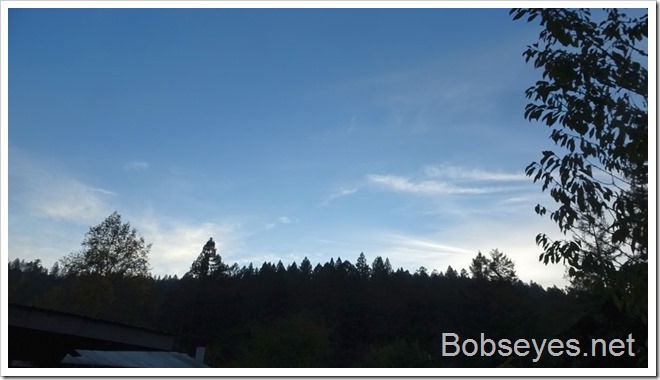 Back to the well

Late in the day I went back to look at the well pump pipe area and I could see I would have to work in the mud dirt so I got a chicken feed bag to put over the well head to keep it clean as when I put the pump in this will drag on the ground on it’s way to the well.

So I set things up and lowered this pump into the well. 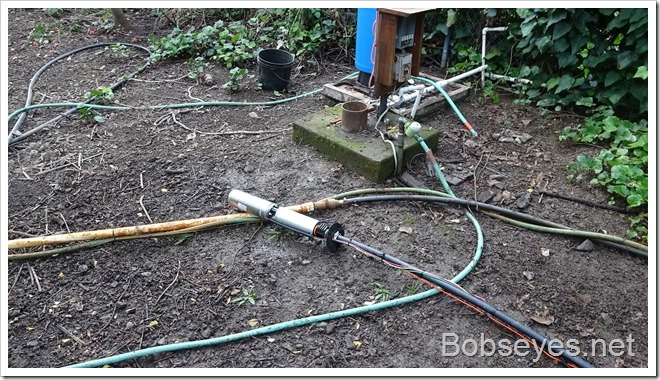 I still need to hook up the power and water lines to it, but it’s not needed right now as we are on spring water and there’s plenty of that at this time of year.

I sat around the yard until the damp of the night creped in which says the day is over and it’s time to go in.