I had a dentist appointment at 1 today to get a new crown installed and also an exam by the dentist.

Care for the chickens

First off I checked on the chickens water and feed to make sure they had enough and they did. They are growing and eating a lot more food than before. 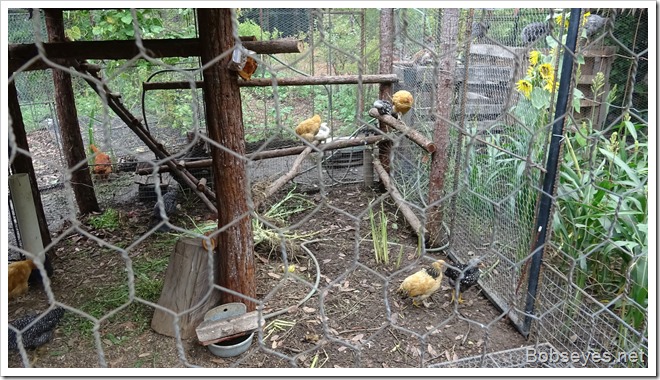 Marty came by for a short visit around 11 in the morning so we sat around and shot the bull for a bit before he left. 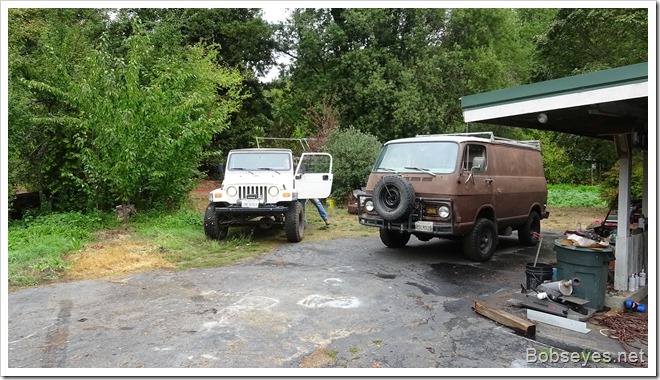 Nap time and the dentist

That left a little time for a short nap and then I was off to the dentist. The crown got installed without a lot of trouble and the dentist’s exam didn’t turn up any other stuff that needed done which was good.

From there I drove over to Sebastopol to get some more chicken feed to make sure I have enough for while I’m gone on this trip coming up. 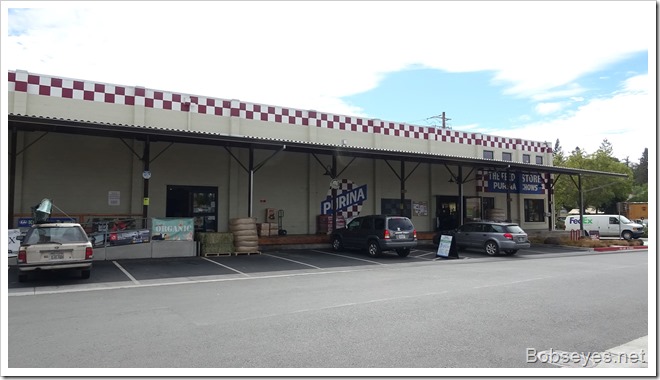 I picked up two bags of barley and a bag of millet and a bag of milo all fifty pound bags. I always ask if they have any other stuff I might feed the chickens but the corn less stuff seems to be rather limited.

Trying out some cheese

From there I headed for the cheese factory down this road. 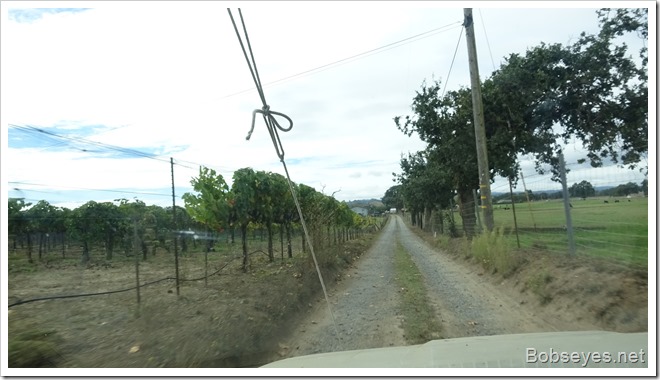 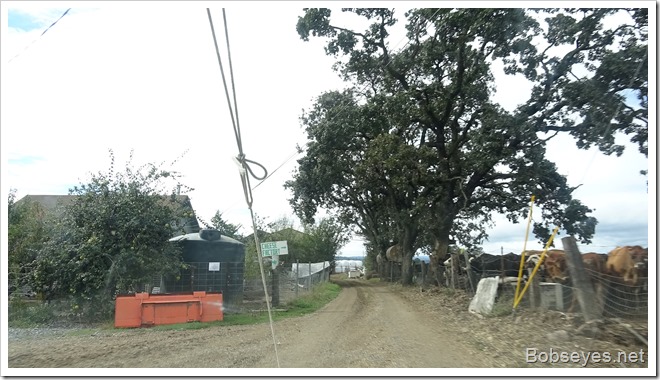 I pulled into the parking area in front of the store here. The store is to the left and out of sight. 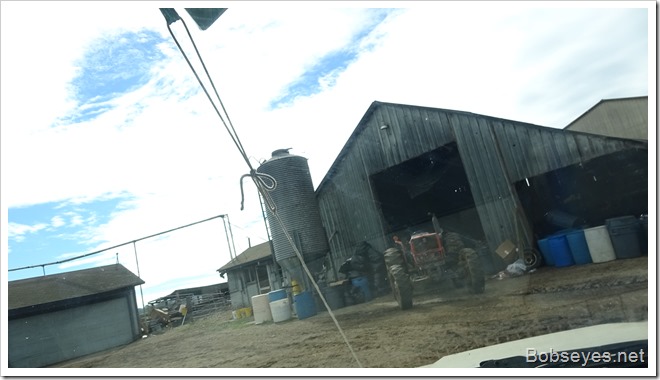 Needed information but no speak the English

The lady that I’d talked with before wasn’t there which was too bad as I wanted to talk with her on how their cheeses were made and to make sure there was no corn stuff in it. But the lady that came to the counter was an older lady that didn’t speak much English, I think she was Portuguese as it’s an old Portuguese cheese factory. So she went in the back room to get some one that did a Spanish speaking lady that also spoke English that said if I wanted my questions answered I had to talk with Silvia who wasn’t around right now. I asked her to tell the older lady I wanted two pounds wrapped separately.

Once I was back in my car I opened one of the packages and started sampling the cheese as I wanted to test it for corn stuff. I’ll know late tonight if it’s corny or not, I’m hoping not for a lot of reasons, one is it’s not fun to get corned as it lasts for up to three weeks and two is it would be nice if it is not corned as it’s a nice source for cheese.

The only way to test

One of the problems with this corn stuff is the only way to test for corn is to eat it and see and suffer if it’s corned. There’s no other way and it’s a slow process. I’ve been doing it for over fifteen years and getting better at detecting it but it ‘s still sometimes real hard to discern not the fact that I got hit but it’s hard to tell which food unless I’m real careful what I eat.

Home Depot for a flashing

Next up was Home Depot as it was on the way.

I needed a piece of roof flashing because I took one of them off my house’s roof when I fixed the roof leak on the chicken boxes the other day. Every piece of metal flashing of the one I needed was bent pretty bad, but I needed one so I bought one and can fix it up good enough to do the job.

Interesting enough was it got bent even more when the wind bent it back on top of the car on the way home.  I can fix it up.

Food for the trip

I was actually headed for Costco to do some shopping for my upcoming trip so that’s where I ended up and I got that done.

Now I could head on home. I thought I’d stop and see how Joe was doing healing up from his dog bites so I veered that way and caught him home. Most of his arms are healing up nicely. We visited or shot the bull for a bit and I left.

One more place to stop on the way home was at John’s house. I wanted to see if he had any time to kayak tomorrow and talk about our trip as he’s one of the guys I will meet in Idaho, but he wasn’t home so I visited with his wife Cheryl for a bit and then went on home.

Those sacks are heavy

At home I unloaded the chicken feed and the groceries. The feed is some what of a chore to get into the chicken coop where it gets stored. It’s a good thing the bags are only fifty pounds instead of a 100 pounds like they were in the olden days.

That done I relaxed for the rest of the day as shopping always tires me out.