Today was dentist day again. I had a 2:30 appointment so I took it easy for the first part of the day and then headed on over to the dentist in Forestville to get my last crown installed. Things went well and the crown only needed a small adjustment and I was on my way to the Salmon Creek Ranch to get some grass fed, corn free beef.

As far as I know, I don’t have a problem with corn fed stuff, but stores seem to use a lot of corn derived stuff in packaging, like sanitizers or whatever, so that’s why I’m going here. Ever wonder what’s in those little pads they put under meat to soak up the blood. Just try to fine out. No way. One thing I think they use often is acidic acid which is derived from corn most often these days. But so far, I’ve asked at several places and no one can tell me. Or what’s in the solution in the cryovac plastic packaging, not listed. Salmon Creek Ranch doesn’t use these things and their meats are only packaged in a vacuum plastic pack.

It’s about a half hour drive from my Dentist’s in Forestville.

I pulled up at the main gate here, opened the gate and drove on in. 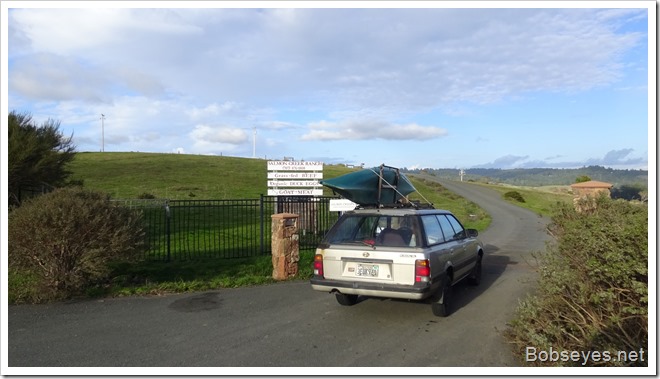 After one more gate, I went by these goats grazing away. 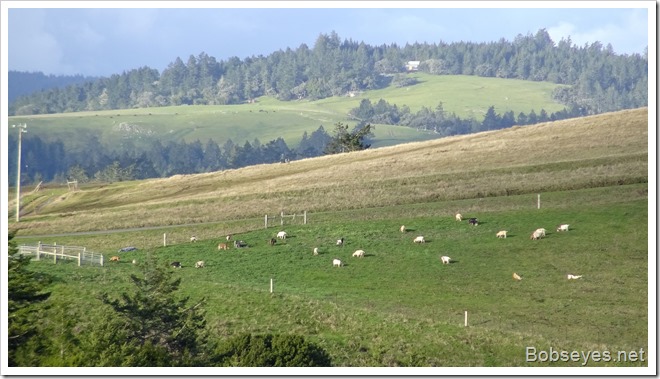 They use big guard dogs for protection

They have these big dogs standing guard on the goats. These are some more goats that I drove on by that were near the road in. 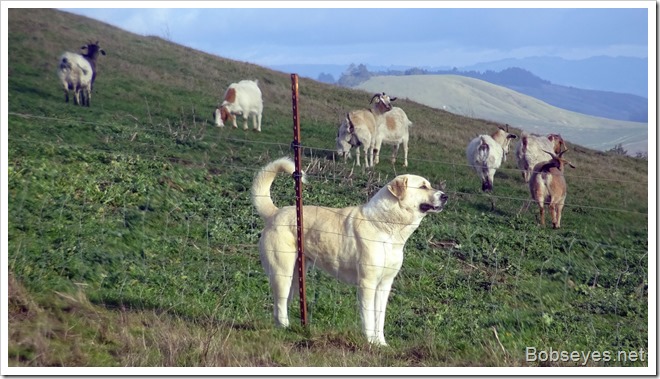 Continuing on, I could see the ranch house area up ahead. 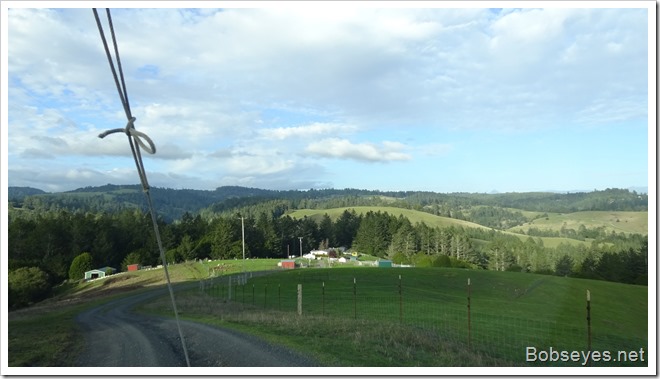 The ranch is on the rolling grassy hills and is looking real nice with all the grass greened up. 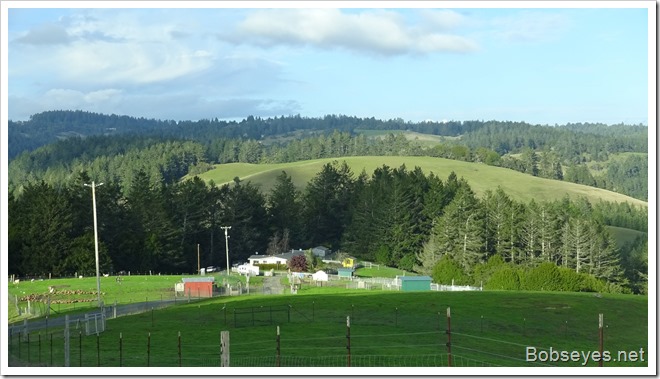 Just coming down the drive in this one. 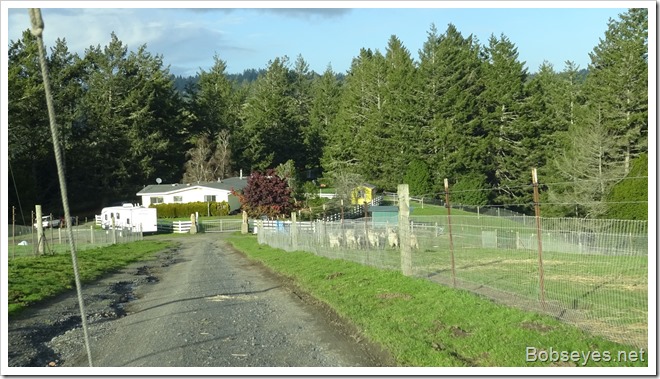 I pulled in and got out to lots of dogs barking. 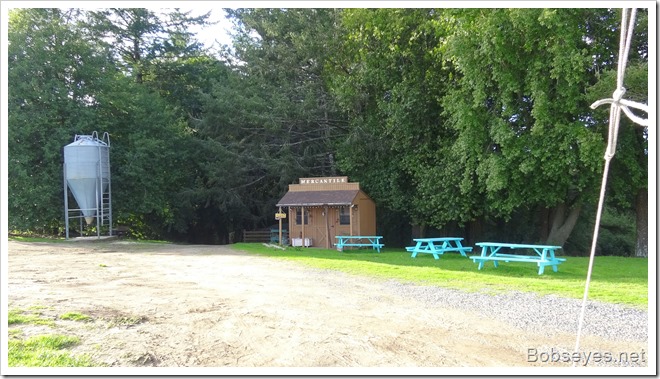 No one was around

With all the dogs barking away, anyone would know I was here, but no one showed up, so I got out and walked around a bit looking for someone as I had made an appointment yesterday, letting them know I was coming.

I walked by these big dogs. 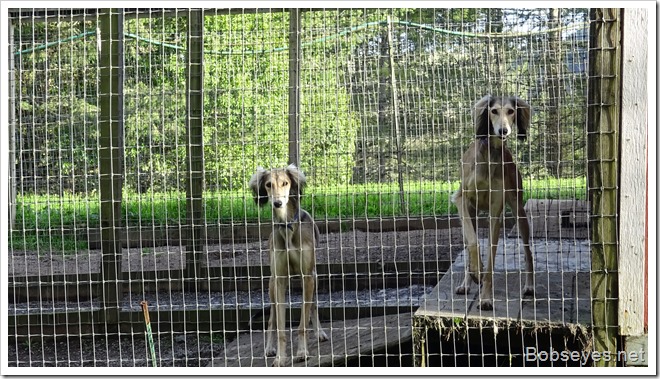 After awhile it was apparent no one was around and the dogs finally quieted down.

Walked around the place a bit

So I walked around a bit checking the place out a bit.

These sure look like nanny’s not far from popping some little guys. 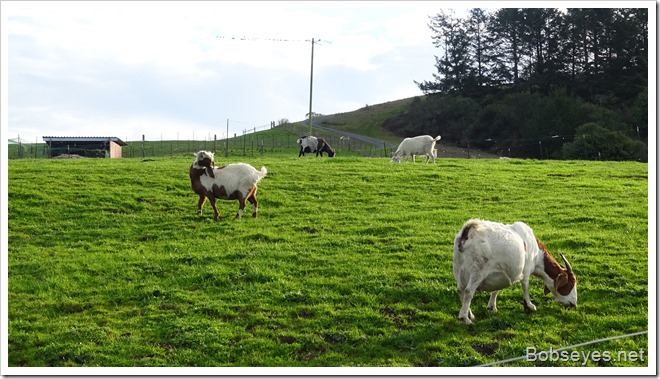 Looks like they put that big old goose as a guard to these young ducks. They were making a noise that sounded a lot like a swarm of bees. I was wondering if that was a type of protection they use? 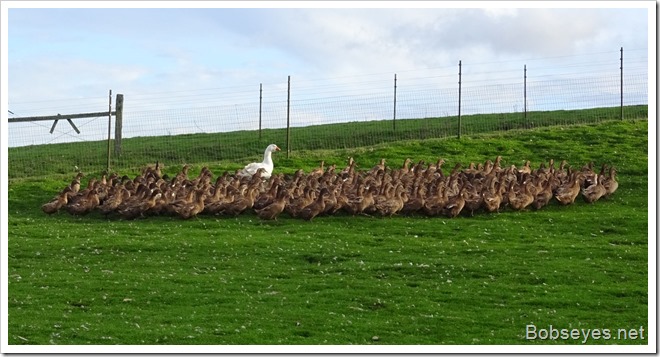 Speaking of bees I spotted these bee hives down by a little pond. 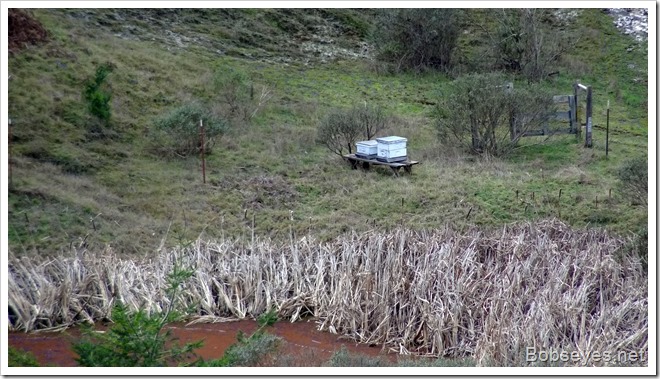 Well, what to do. I went back to the car and waited around for someone to show, taking a little nap.

But no one showed up, so after waiting a reasonable time past the appointed time, I decided to leave and maybe I’d meet someone driving in on my way driving out.

I made it back to the main gate with no luck,…..but.

Just as I pulled up to the main gate to open it a car came up the main road and turned in.

Some luck as it was Lisa, the ranch Mom, so I was in luck.

She’d forgotten to tell someone I was coming and apologized several times, but at least I had caught her in time, so no problem as I’m getting older an understand not being able to remember things so well.

I turned around and we headed back to the ranch house and headed for the store to get some grass fed meat. 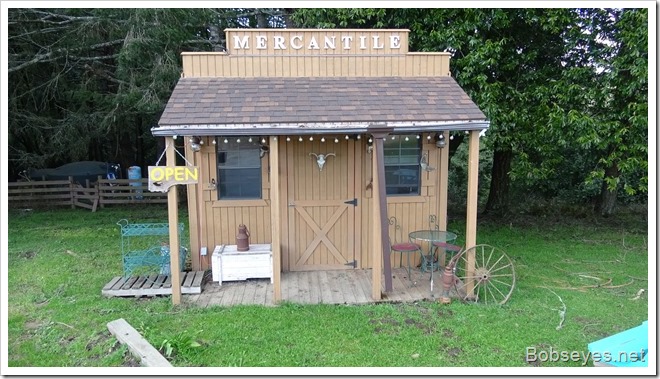 The store didn’t have the meet I needed so we went down to another room and got some out of the freezers and then went back to the store to settle my bill.

Here’s Lisa in the little store as we finished up my meat purchase. 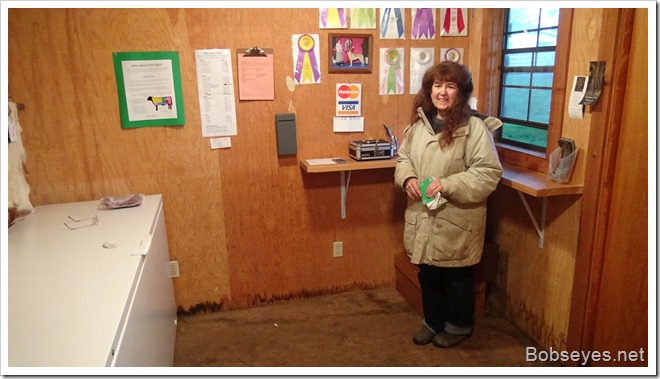 More apologies for no one being there and I was off back to the main road.

Sun was already down

It was starting to get dark as I approached the main gate and there were a bunch of cattle there to greet me.

I opened the gate making sure none of them got out. the sun had already gone down. 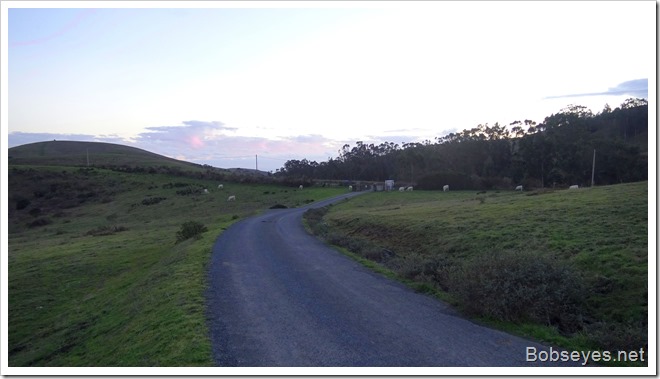 I turned right on the main road so as to get a good view of the Bodega By Harbor which looked like this. Looks like it was low tide down there. 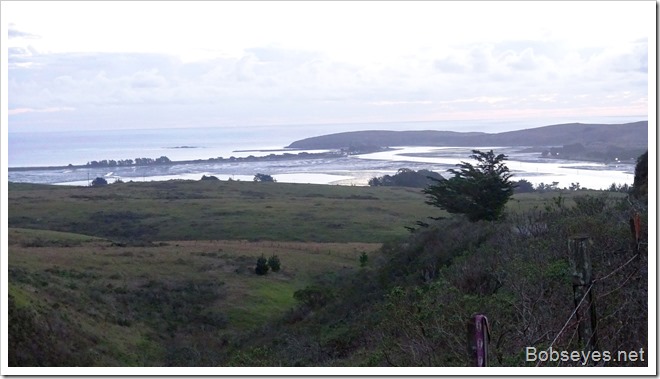 I continued on home and that was my day.