Dental, Shopping and Checking Out the Vegetables at Armstrong Valley Farm

A dental and shopping day

I had a dental cleaning appointment today so I headed off for that appointment once I got it going this morning.

The cleaning went well. I wanted to have a recent crown adjusted, but my dentist was off to some place like Peru helping the less fortunate so I had to put that off, which was ok as it’s not that bad.

Shopping’s not my thing

From there I continued on to the shopping areas. I hit three stores before I had had it and headed for home. Shopping isn’t something I like to do. I didn’t get everything I wanted, but enough to keep me going in my eating and my projects.

I was worn out when I got home so I had a good nap and then puttered in the yard mostly doing some watering.

A little walk to the garden

After another nap, later in the day I walked over to one of my brother’s gardens to see what he had ready to eat there.

I walked over this bridge. 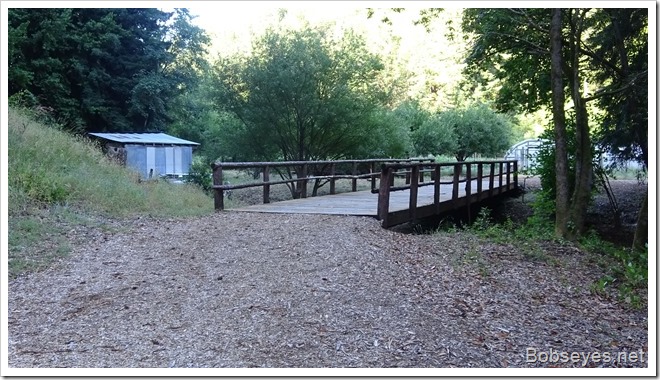 And had a look at the creek. Still some water in it, but it will likely dry up soon. 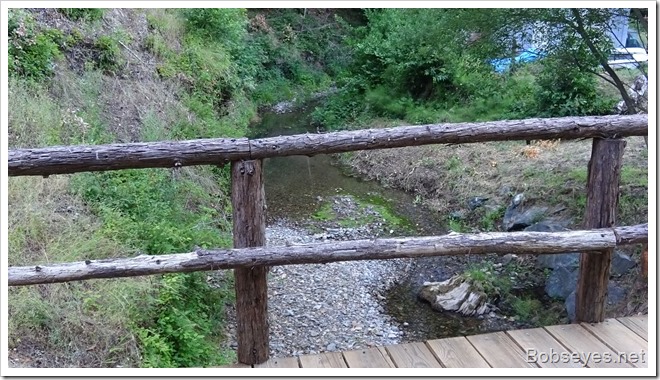 I’m headed for the garden there. 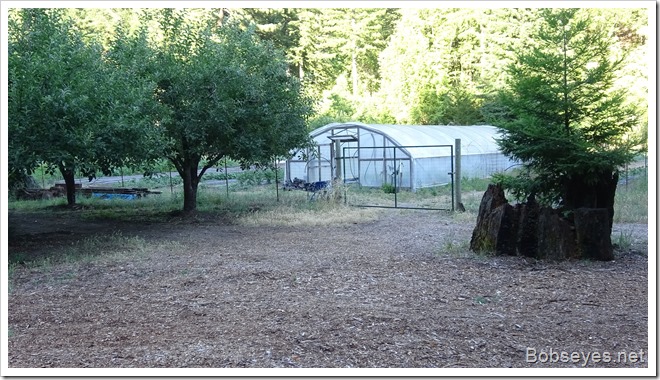 But first I checked out my neighbors pigs. They stunk like pigs. 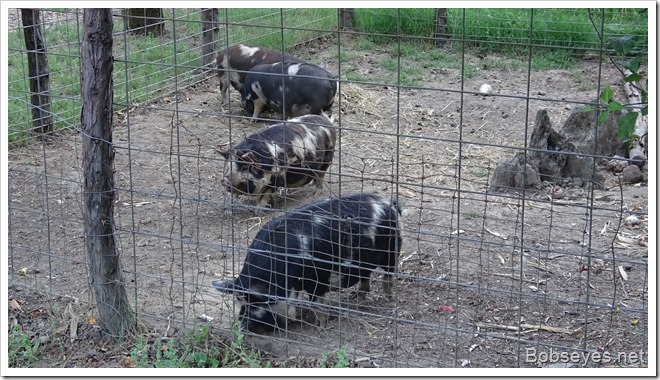 I entered the gate at the garden and walked on in to see what he had to eat that was ready to pick. 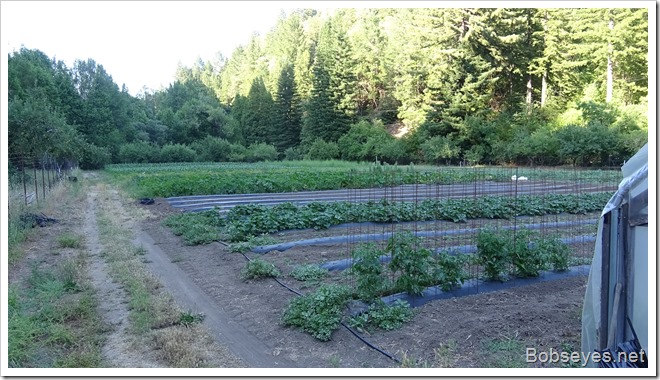 His squash plants were growing nicely and had some different types of squashes ready to eat. I didn’t pick any as I have other stuff right now, but I will. 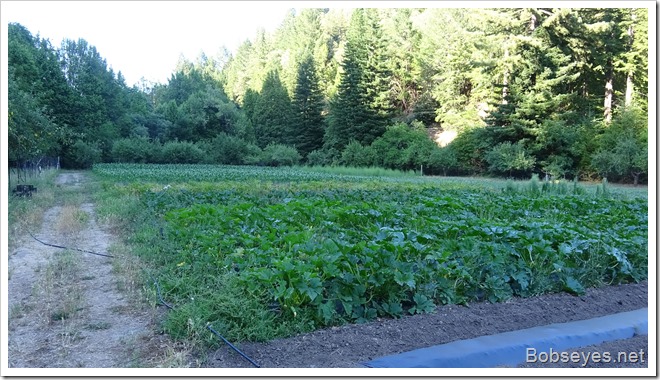 He’s got quite a variety of stuff in this part which I checked out. It’s still early, but there will be a lot of stuff ready to go soon. 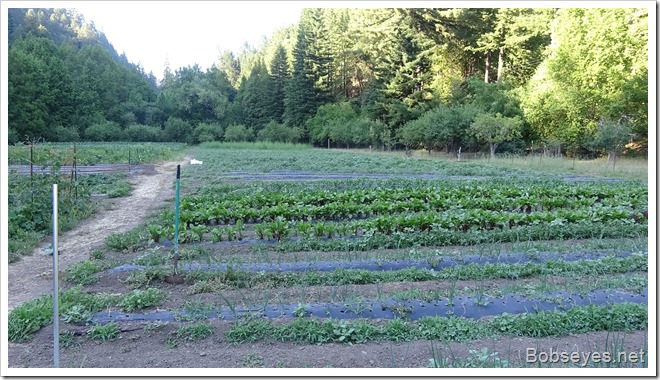 On the way back I looked at the down side of the creek and those flowers caught my eye. 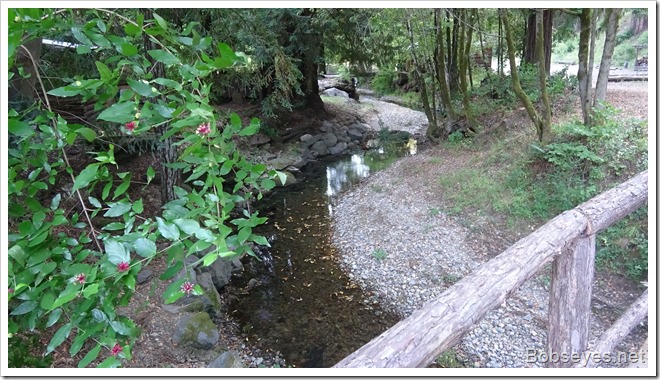 As kids we always called them skunk flowers as they had a not so good smell. Later in life I learned they called them Wine flowers because I guess someone thought they smelled like fermenting wine or something? I’ll stick with the skunk name. :O) 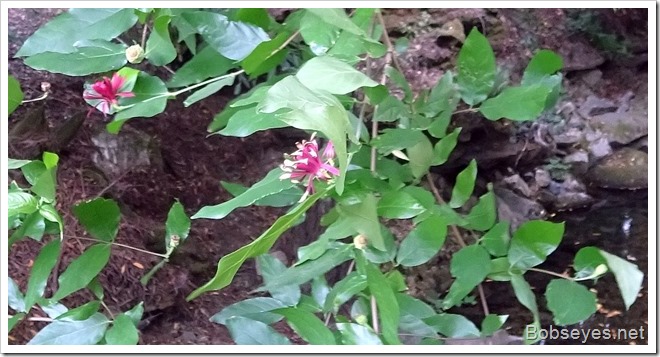 Still working on the door seals

Back at the house I worked on the seals on the van’s back doors some more. My silicone is having a hard time drying for some reason which could be a bit of a problem if it doesn’t dry soon. If it stays sticky I’ll have to remove it and get some new stuff and do it again. 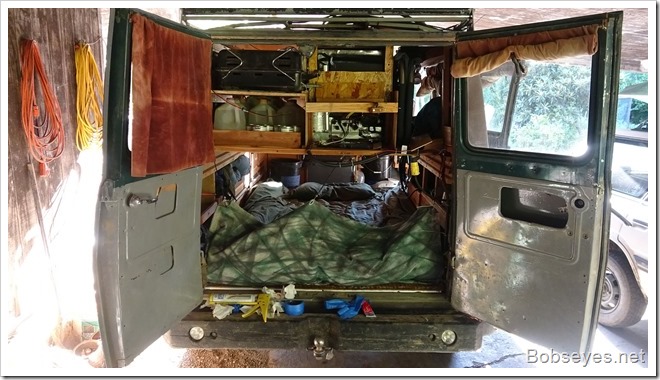 That was my day. I think I’ll be back on the water tomorrow.

1 Response to Dental, Shopping and Checking Out the Vegetables at Armstrong Valley Farm