Dealing With New Chicks and Timing the Van’s Engine

Here’s my gang of chickens greeting me this morning as they know it’s time for some feed. I throw two scoops of various seeds on the ground for them to scratch and eat. That way they all get some as chicken feed feeders are sometimes hogged and some birds might not get enough to eat. I do both. 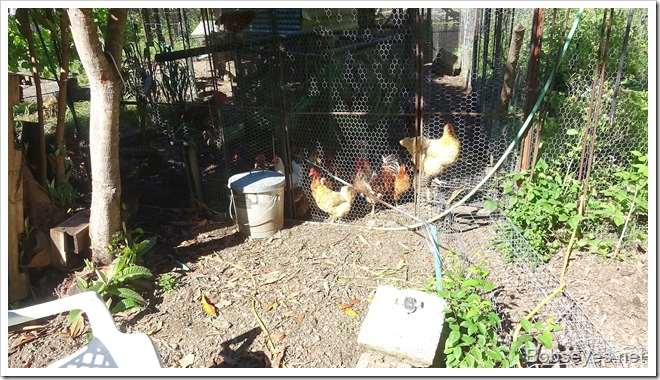 Next I checked on the 6 new peeps to see how they were doing. They were hopping around and seemed to be doing well. 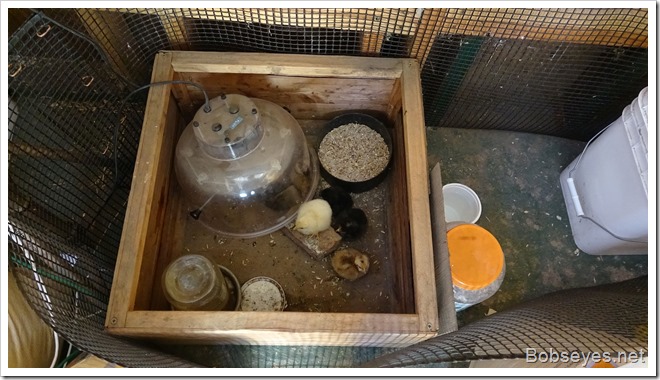 I checked the egg incubator to see what I had in chicks. There were 4 of them in there. I think the rest of the eggs aren’t going to hatch for some reason, so I need to get some more chicks started and I have a plan. 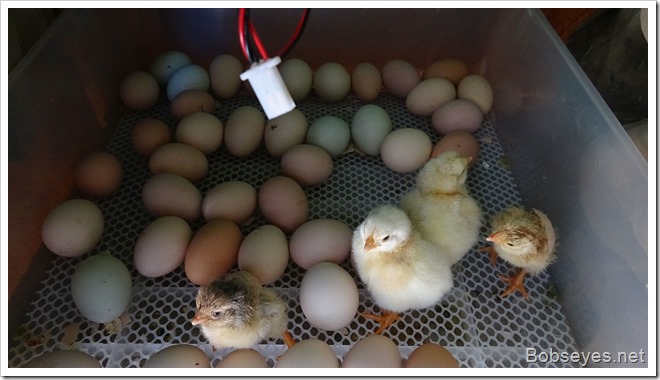 I put all the peeps together in here. A couple of the newer ones still had a part of their egg shells stuck to them which fell off later. 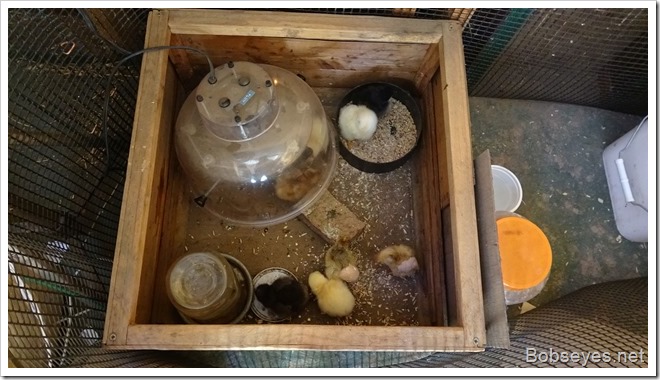 That taken care of it was time to time the van’s engine. 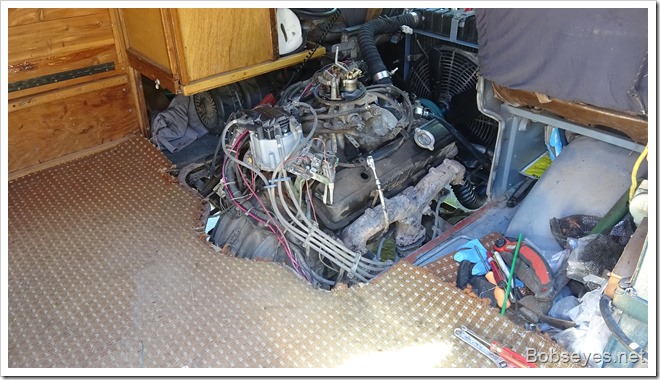 I got my new timing light out. It’s an adjustable one and after using it I really like it. 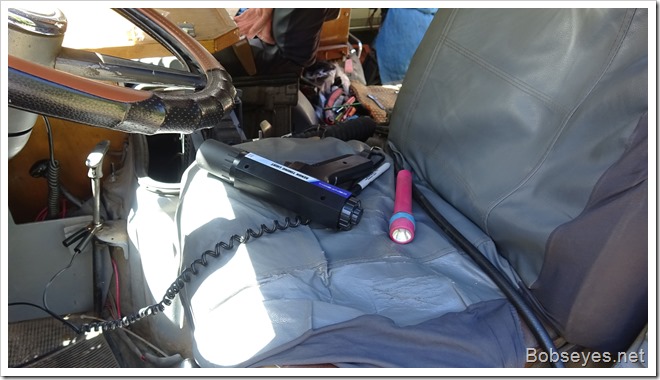 I got my wrench out and loosened up the distributor so I could turn it to adjust the timing. 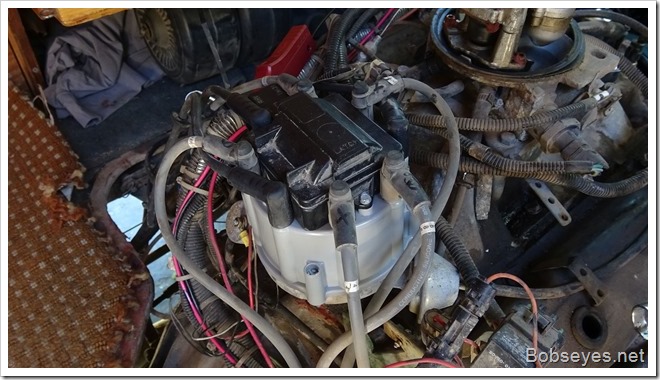 The timing was way off so I put it where it’s supposed to be. Than I checked the timing for the the timing stuff at different RPMs.

I tightened down the distributor and then worked on some electrical stuff on the van that needed done.

I did start the van and it seemed to run well. I need to take it out and give it a good test drive to see if it’s all working properly.

I put the engine covers back on and tidied up a little and am now ready for a good test drive, maybe tomorrow.

I had time for some chair hopping  around the yard, on and off most of the day between work.

In the evening I checked on the new chicks again. Most of them are sleeping in the feed dish all cuddled up. They do that to keep warm. There’s 10 of them in there now. 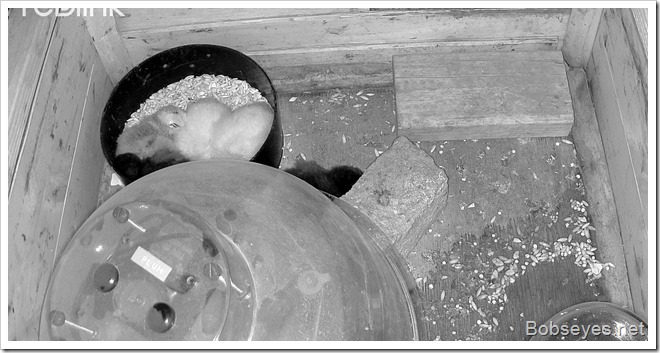 My plan for more chicks

Here’s a night shot of my broody hens. These are the ones that want to be Mommas. To get more chicks I’ve decided to gave eggs to 2 of them and let them hatch them out and take care of them. That will require moving them into another nesting box once they have all their eggs to hatch which should be by tomorrow as other hens lay their eggs in the same nest for the hen hatching them. That way I don’t have to be around to deal with their chicks and can go someplace for a bit. 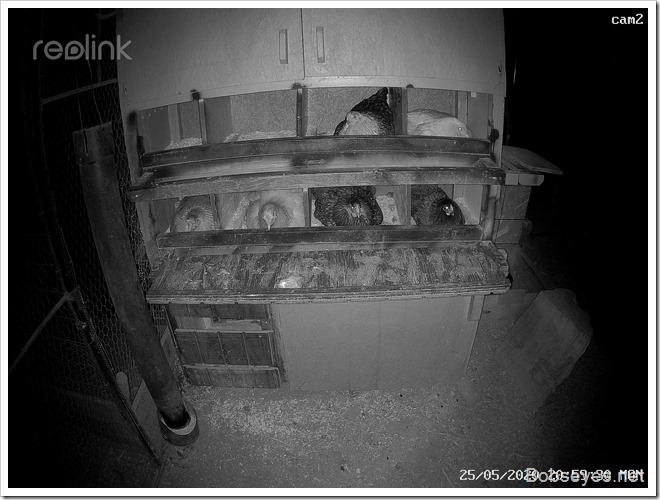 It doesn’t look like I’m going to get as many chicks as I’d hoped out of the chicken egg incubator and I’m not sure why. I’ll have to keep working on it.