Dealing With Foxes and a Dirt Bike Ride In the Hills

Here’s a couple of photos of the fox checking out the box trap last night. 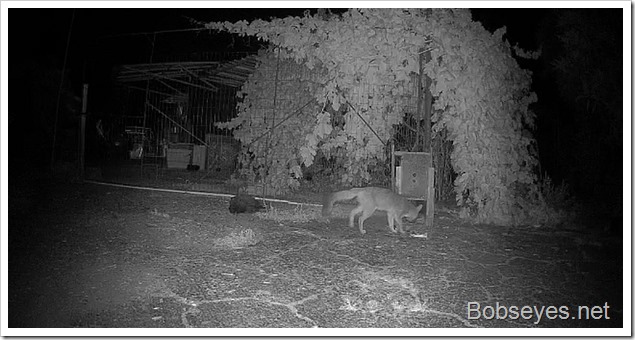 It wasn’t long before the door shut on the fox and it was caught, when another fox showed up which is the one on the outside of the box. 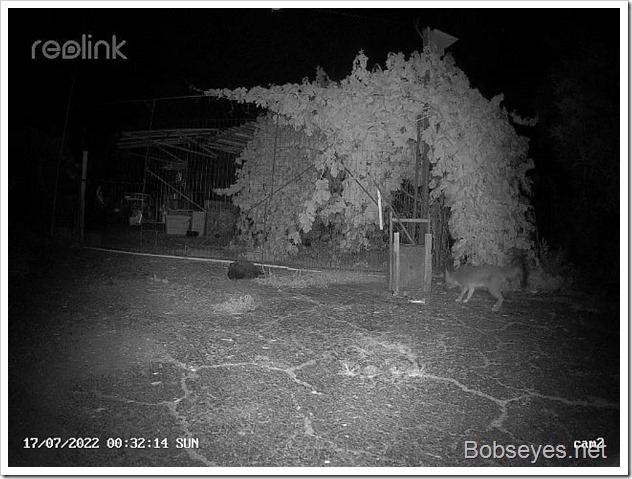 Apparently there are two foxes so that’s why the chickens had such a  hard time the other day when they killed four of my chickens. This fox looks a bit larger than the other one, so maybe it’s a male. 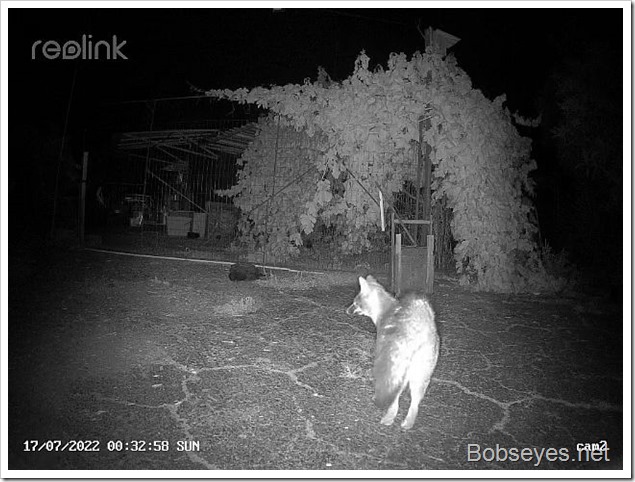 So now that I had a fox in the box trap I had to move the fox to someplace else further away from my house. To do that I transfer the fox to this lighter box for moving to another location. 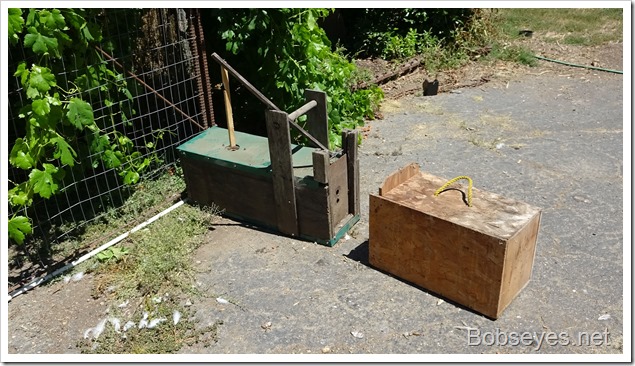 But before I could do the moving my brother Barry showed up for a dirt bike ride so I moved the fox into the new box and put it in the shade to take care of when I got back.

Barry and I took off for the hills. Barry had some clippers with  him and today he wanted to cut some of the low hanging limbs off the road that normally might hit us in the head. 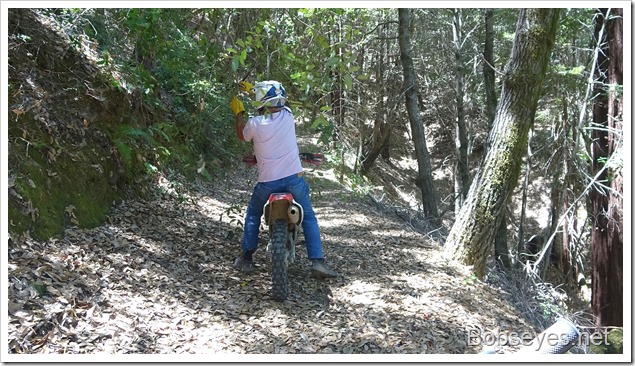 I mostly watched and took photos while he worked as he had the clippers. This one was a bit too large for the clippers so he moved it out of the way. 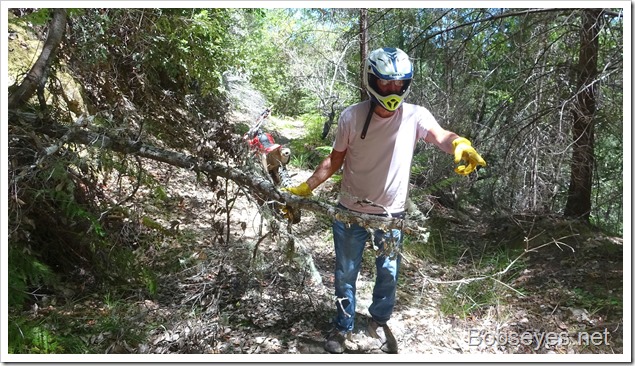 We stopped often to clear the trail as we rode around in the hills. 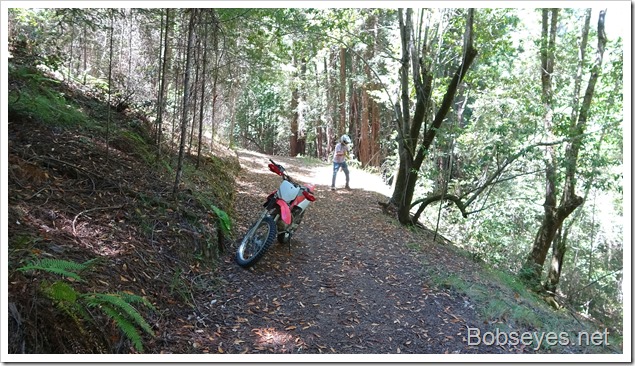 Eventually we ended up in our resting spot at the Top of the World. Barry needed to do some adjusting on his hammock which took him a few tries but once he had it, he climbed in the thing while I sat on the ground. 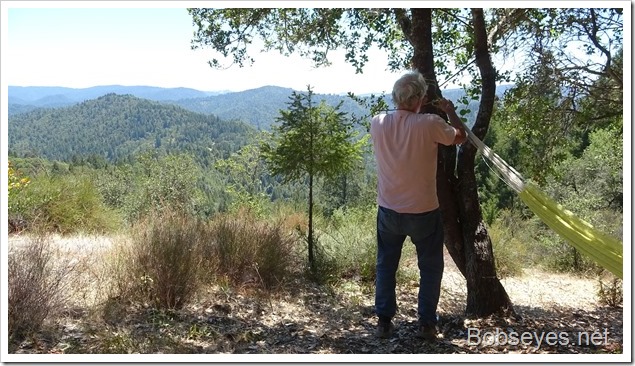 From there we rode around some more and eventually ended up back at my house where Barry took off for his place.

I had a break and them dealt with the fox in the box and let it go down the road a ways, hopefully far enough away from my house so it doesn’t return.

Trying for the other one

I sat around chair hopping the rest of the day and in the evening I set the box trap to try and catch the other fox, although this other one is more careful than the other one so I might not catch it.

I’d rather keep the foxes around to eat the mice and rats, but I just can’t have them eating all my chickens.