Dead Car Battery So I Head For the Peaceful Forest

I was going to kayak

But after I got my gear together and approached the car I could see the driver door was ajar. That happens when the seat belt gets caught in it.

Only trouble was I hadn’t used the car since last week so was the battery any  good and will the car start. Humm.

Usually I see the dome light on when I do this but it wasn’t on now.

I tried the key and nothing. So the battery got hocked up and I changed my plan for the day.

While I was sitting in a chair with a couple chickens out front of me the Kat ducked under my chair and sat in the back of me. She’s leery of the chickens and they keep their distance from her most of the time.

She’s been out since early morning and wants to get in the house to get something to eat as she knows that’s where her food is.

Kitty Kat waiting for me to let her in the house to eat. She runs for the front door like mad when I start that way.

So after doing some chair hopping in the nice sun I decided to ride up into the hills and continue working on trails as it’s nice and peaceful up there.

I parked the quad runner here and walked up the trail to do some work for a bit. 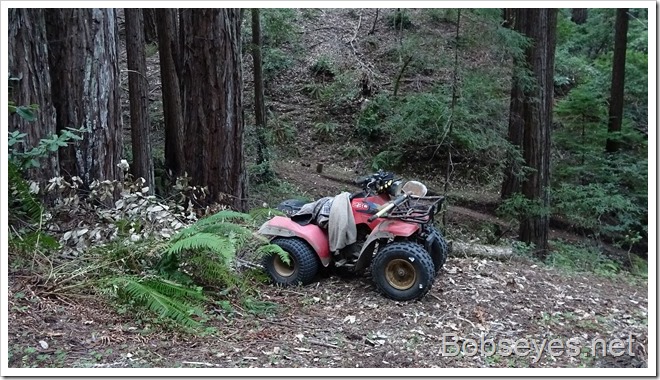 Then when I was taking a break I decided to walk down this trail about a half mile and throw sticks and rocks off it which is actually a nice walk getting a bit of exercise to work some of the muscles that don’t normally get used  much.

I started out headed down this trail kicking off sticks and rocks. 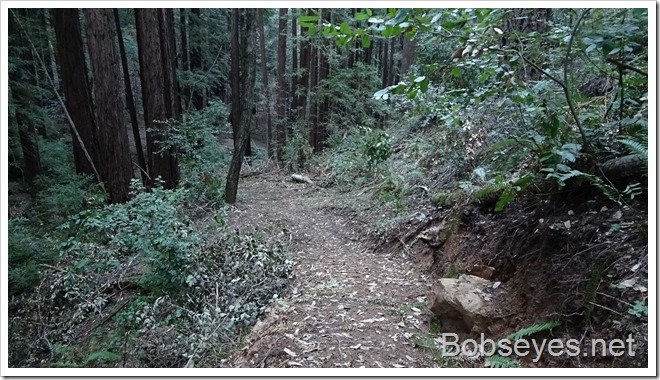 And then I went on down this way. This part of the trail is pretty clean, only a few sticks were on it. 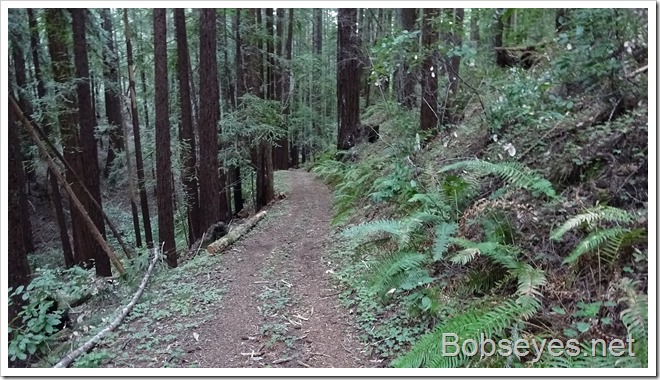 I hiked back up to where the quad runner was parked and rode it on home down through this area which used to be an old apple orchard now taken over by big fir trees. 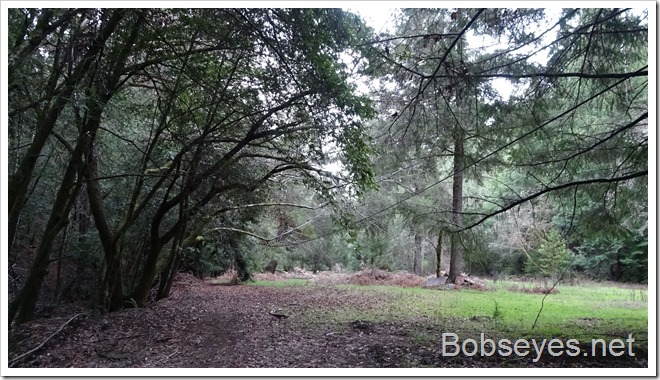 It was almost dark when I got home and the chickens were already on the roost but I opened the gate to the front yard where they like to graze and gave them a call and some of them came with the big rooster to feed. 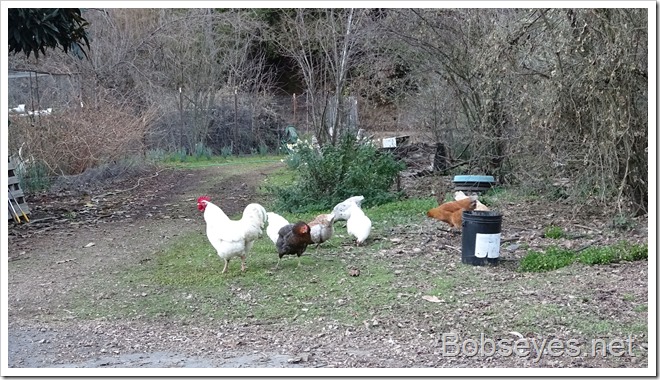