Darn Alternator Dies On Me

I was going to do a couple things on the van then take it for another test drive to go down to Guerneville to fill the van’s propane tank,………. But.

When I started the engine to let it warm up the voltage gauge was out.

I was planning to go to my brother Mike’s place in Healdsburg in the late afternoon anyway so I decided to go early and see about getting a new alternator there.

So I changed into cleaner clothes and left for his place for a visit. We had a nice visit.

On to Smother’s Auto Parts

After that I went over to the parts place and they’d  have to order one and it’d be in tomorrow but I didn’t want to come back to Healdsburg tomorrow so I declined and decided to go to the big city of Santa Rosa to see Cindy at Smother’s Auto Parts as I know they’ll have what I need in stock and I can get it wholesale so I headed on down that way.

The only problem was the freeway sucked with lots of slow traffic but I was patient and made it.

Cindy found an alternator to fit and I bought a couple other small things and I was on my way.

I was going to stop and visit one other person on the way home but it was after five so I drove on home.

I wanted to get the new alternator installed before dark but a nap took over and I got started late on it. 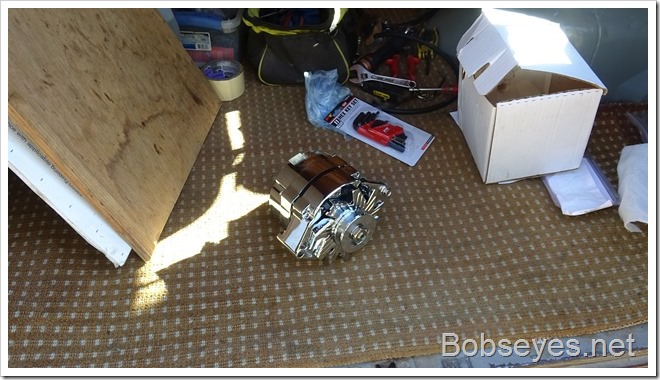 And here’s the old one that I had to remove from the van. 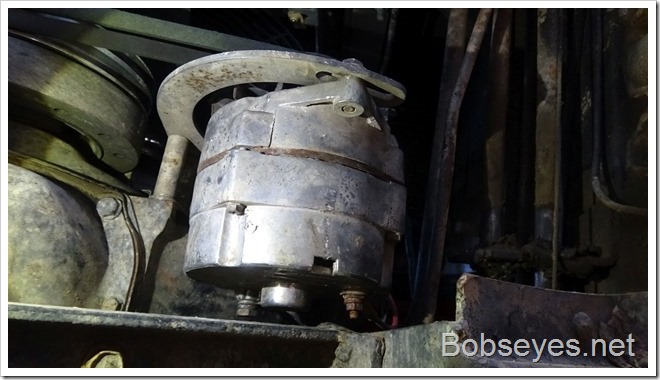 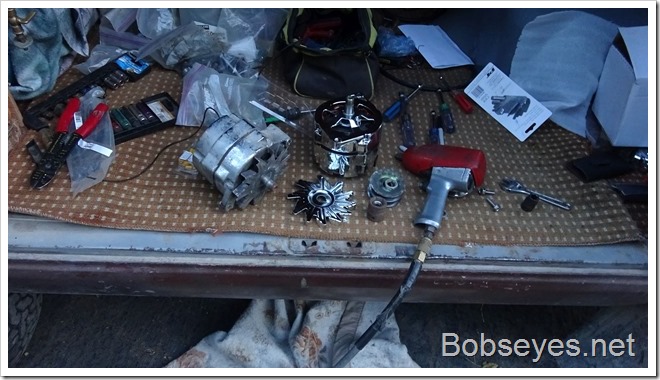 I was working on finding the proper size spacer when the dark took over so I had to quit for the day.

The good thing about the alternator going bad is it’s better to have it go bad here instead of during the up coming trip.