It was supposed to be a bit windy today, but I thought I’d kayak anyway.

On the way down I stopped at the Vacation Beach Dam to see if the dam guys were working on the dam.

As it was, there they were working away. 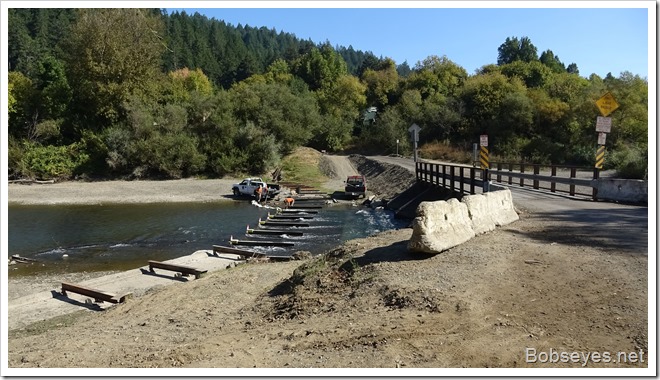 Two Johns working on replacing some of the dam’s anchors and beams that had a lot of corrosion.

The part they needed to work on was just under the water.  They’ve already replaced the beam in the foreground. 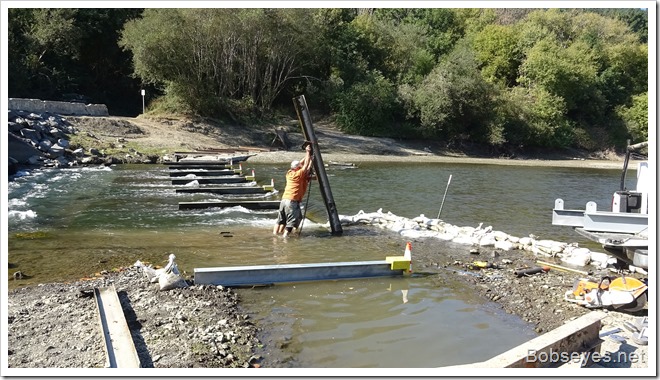 Once they had the beam up they had to cut the stuff under the water. I left as they were trying to get the cut off saw going. I heard it start as I pulled out. 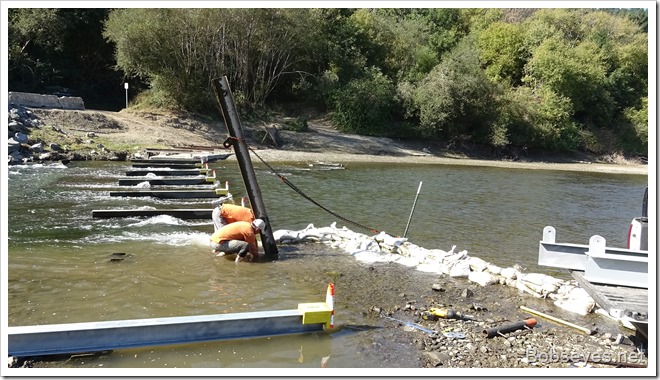 Drove to the Jenner overlook

I drove on down to the Jenner overlook to have a look.

This was looking up the river from the overlook and south on the ocean. 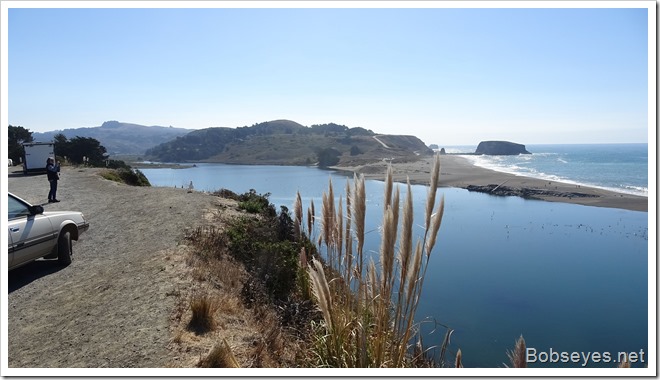 This was looking north where the river’s mouth should be. It’s closed for now. The ocean has pushed up the sand and closed it up. See those birds down there on the rock. 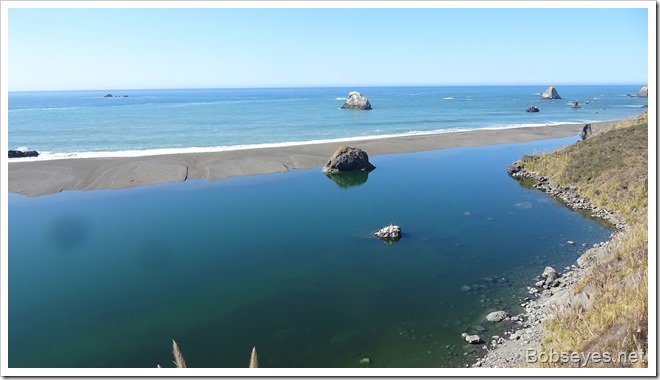 Some cormorants resting on the rock. 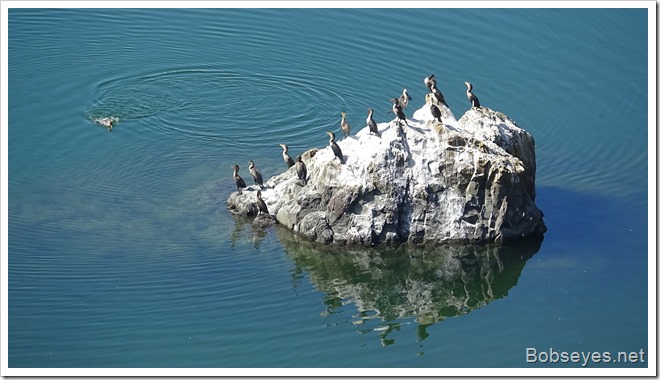 I drove back to the Jenner boat ramp and put my boat in the water and paddled across the river to Penny Island and turned up. I paddled into this spot on the upper end of Penny island were a sat for a good while enjoying the day. So far the wind was down. 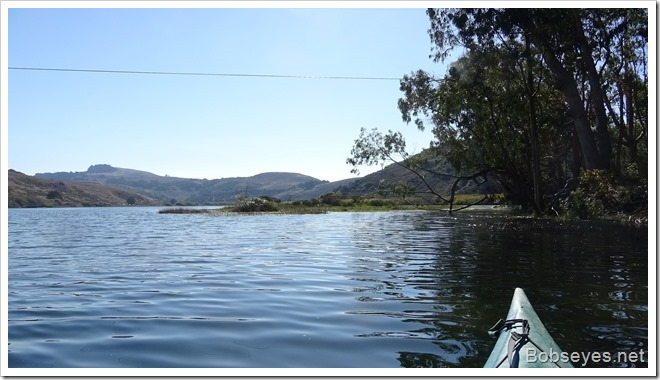 I wasn’t eager to paddle anywhere today, so I just worked my way up the river a short distance taking it easy. This was as far as I went today, Eagles Landing. I rested here then turned around and started back. 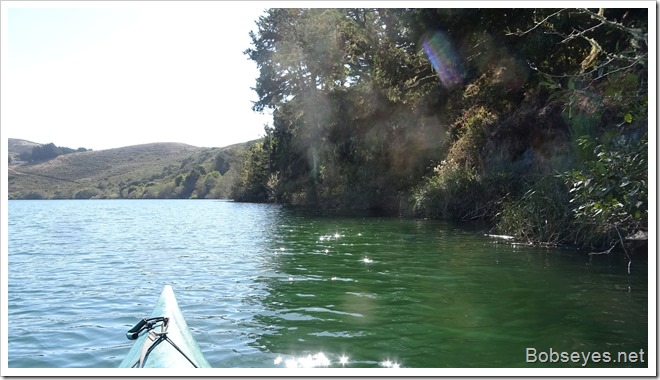 I pulled back in the little channel on the upper end of the island where I saw this egret fishing in the grasses. 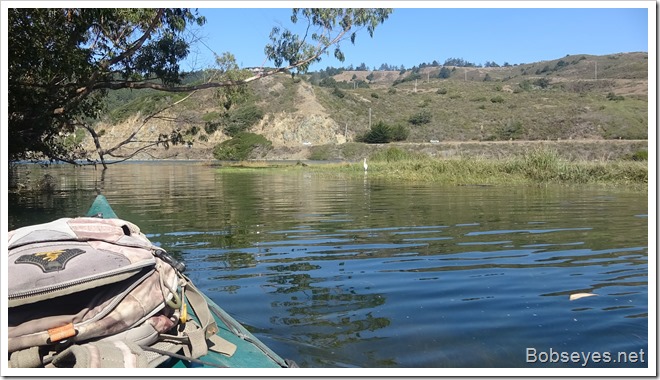 The egret continued to fish as I paddled on by. 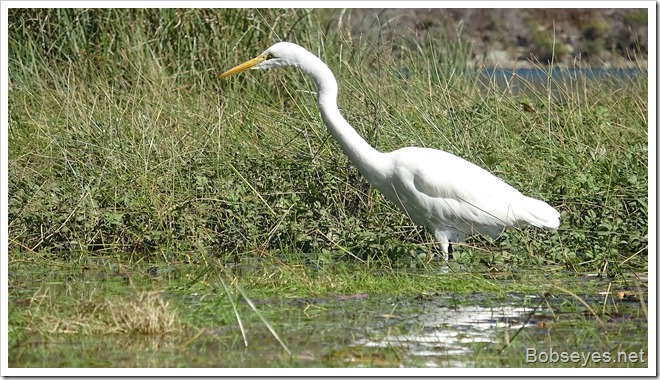 I paddled down along Penny Island here then crossed over to the boat ramp and pulled out for the day. 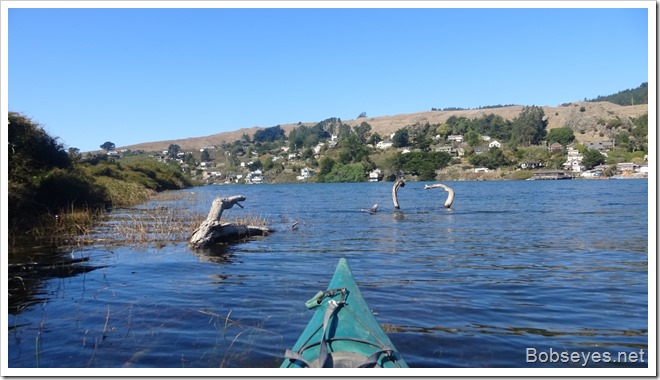 I stopped on the way home to do some shopping in Guerneville, then went on home and put the stuff away.

After a nap, I went outside to see about trimming back some berry vines and brush for fire prevention.

So far all the fires near us are staying away but this work just needs to be done for the future.

I had all this to cut back. 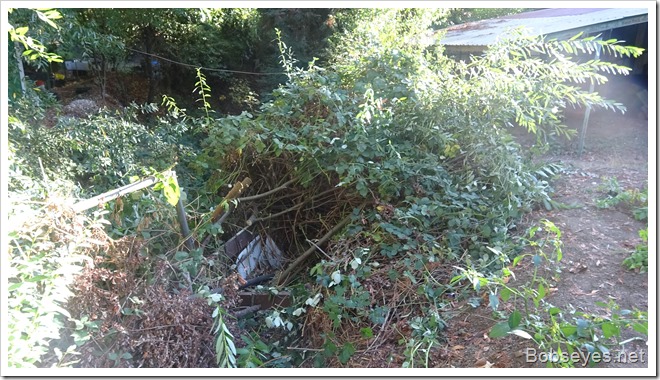 It took awhile but I finally cut it all down to this which will do for now as I was warn out. 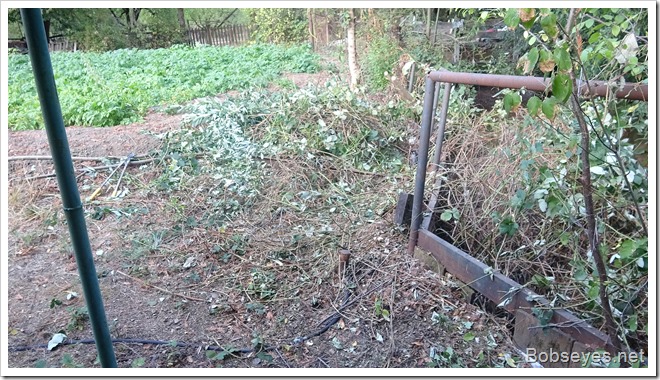 The rest of the day was spent chair hopping and doing some planning on what I need to do to repair the bridge bulkhead.