Daffodils and the Rondo Sheeter

The sun was out on and off all day and came out nicely late in the day so I did a lot of sitting around getting ready to work on the Rondo sheeter some more.

More and more daffodils are blooming along the driveway. 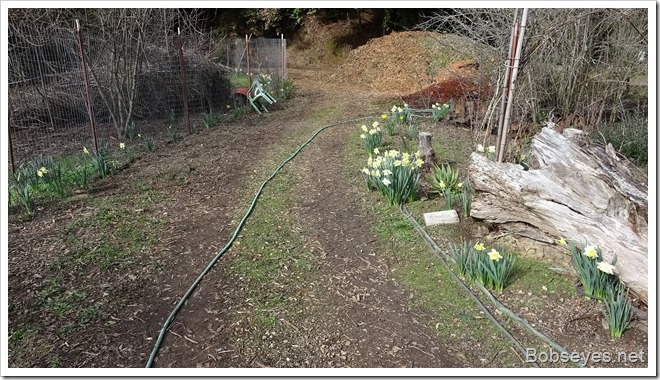 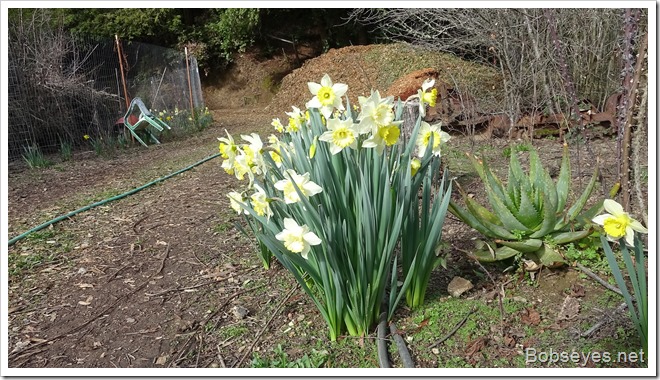 Working on the Rondo sheeter

Around 2 I went over to work on the Rondo sheeter. It’s all washed up and needs to be reassembled, the belts needed to be put back on.

I got it all together but couldn’t get the machine to turn on so I could do the final belt adjustment and I couldn’t find the person that knew how around anywhere so I went on home for a nap.

The sheeter is ready to go if I can figure out how to turn it on. 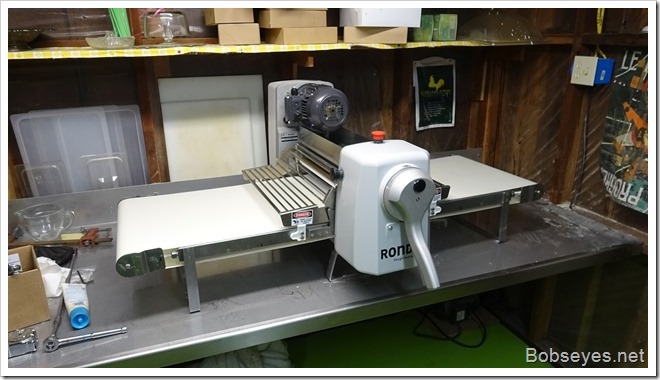 Around five my brother Tom says did you turn on the wall switch, no I didn’t know it had a wall switch.

So now that I could turn the sheeter on I could run the belts to adjust them. I’d adjust them and they’d be just right but then they would need some more adjusting after running awhile. I think the belts were stretching out after they got washed.

Once that was done I went over to shut the chickens in for the night and that was it for the day.

1 Response to Daffodils and the Rondo Sheeter