Cutting Wire, More Rats, Caring For Peeps and Some Gardening

Today I just wanted to get all the wire cut for the panels I have welded up so it should be an easy day.

I got the stuff out and started cutting the chicken wire to size to fit the panels. 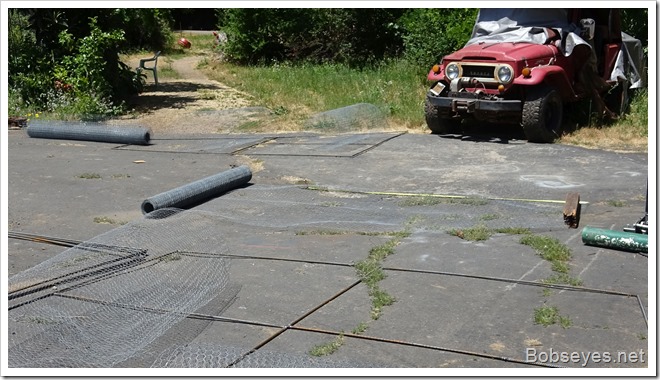 When I first checked the peeps this morning I found they had dumped over their feed bowls and the food was all on the floor.

When I checked them later after the sun warmed things up I found the room to be 100 degrees F. and all the chicks were huddled not doing anything until I shut the light off and opened the screens in the door.

A  little later things had cooled down and the chicks were moving around some. 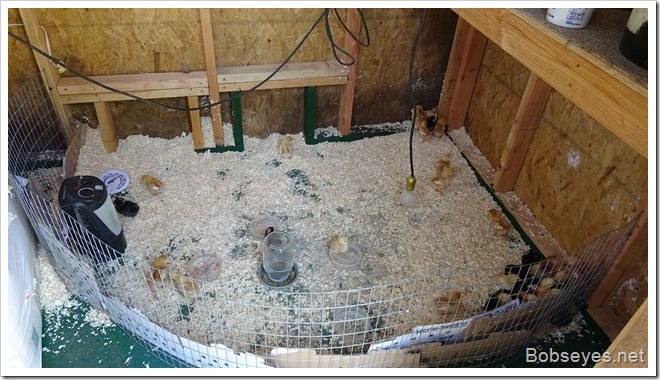 Changed things around a bit

I put this board in to set the food dishes on. I also changed the feed into this bowl with rubber bands around it to keep them out of the bowl to see how it would work out. They like to eat off the floor more than they like eating out of the bowl that’s why I added the board so I can take it out and clean it and they can find the food on the floor instead of digging through the wood chips looking for it. 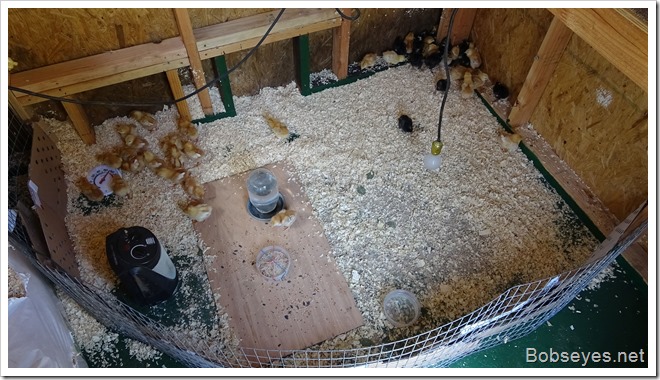 I continued to cut wire and had a couple breaks too. 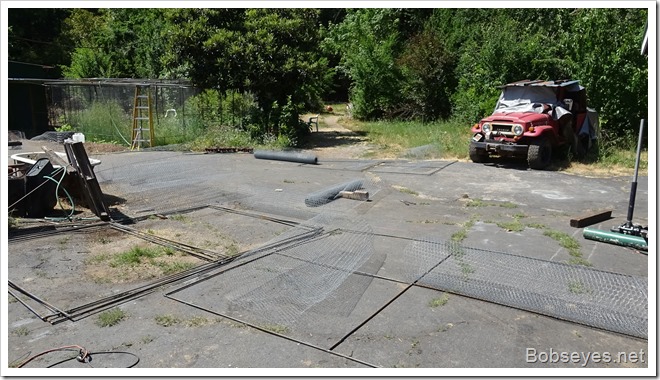 When I walked by this covered enclosure where I’ve been putting my food scraps from the house I noticed I must have spilled some stuff when I filled it yesterday,………………..but. 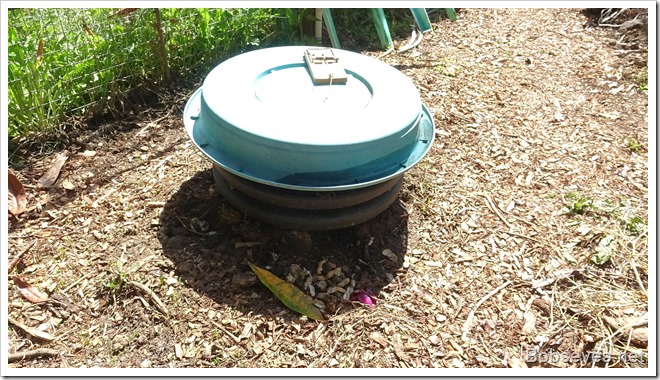 Looking closer I can see a rat or rats have been in there and  made this hole to get to the food stuff. 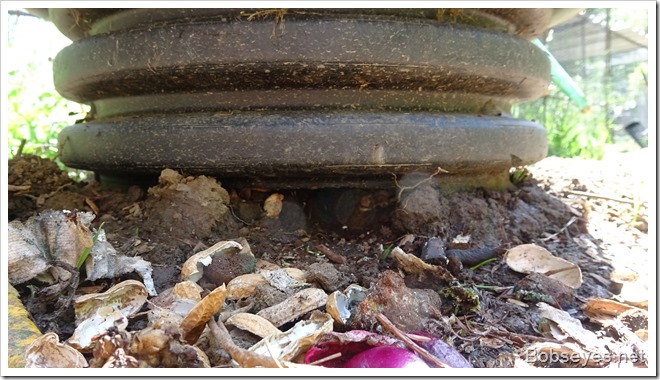 I’ll have to do something about that eventually.

Checking on some chick equipment

In the afternoon once I had finished cutting the chicken wire I walked over to my brother’s coop across the road to check out his water system and feeder for his chicks.

Here’s his chicks, over a hundred of them. 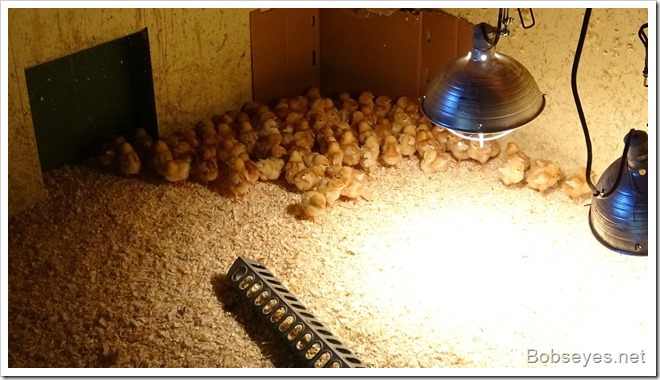 Here’s the stuff he uses. After using the little bowls I’m using I see why this stuff is designed the way it is. 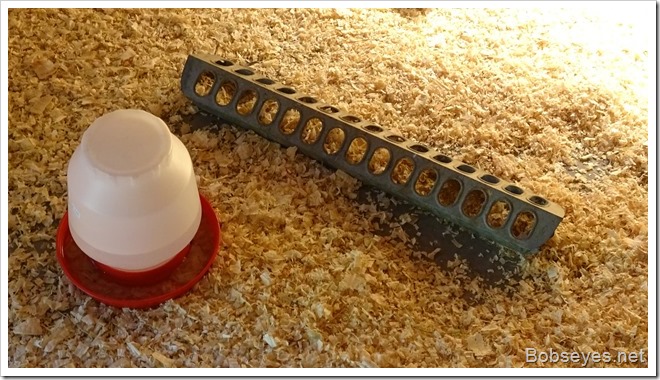 I’ll need to get some of this stuff when I can.

I checked out his garden. He does the farmer’s market under the name of Armstrong Valley Farm. 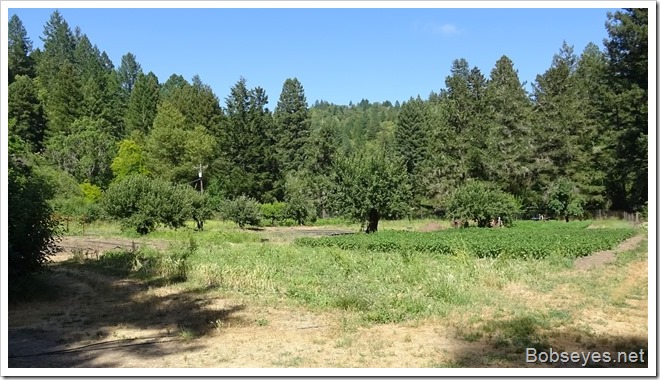 His squash is way ahead of mine, I put some in  my last pot of vegetable soup. 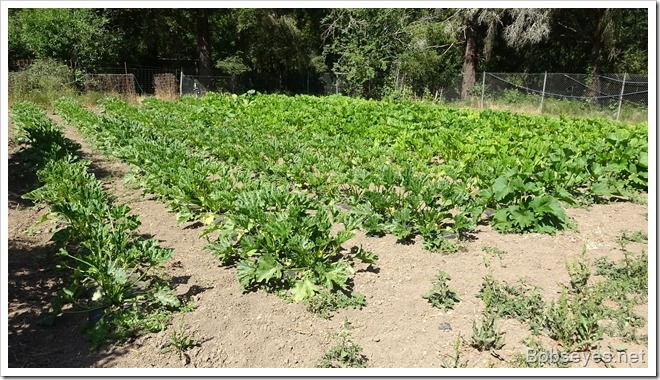 Heater only for heat

I decided not to use the light for heat any more as the heater seems to work a bit better at least I think it doe so far.

So late in the day as the sun was going down I turned the heater back on and left the light off so they little guys should have a better time sleeping.

Here they are huddled up resting with the light off and the heater going across from them. 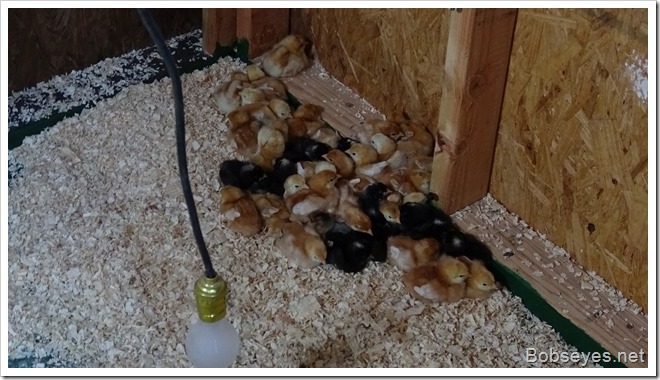 I needed to plant some more radishes and replant my carrots as they never came up so I did some planting in the evening. 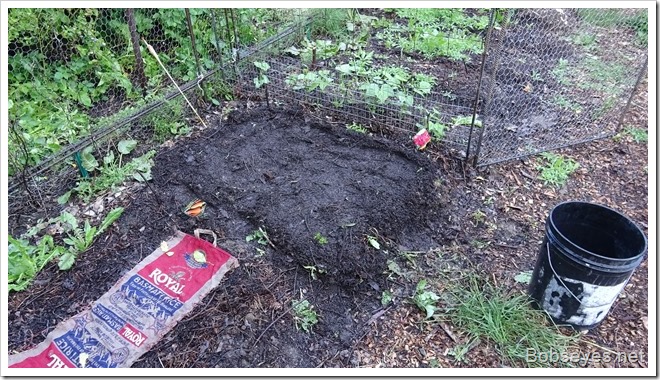 Just before dark I did a little more work on the panels putting wire on a couple of them, but not finishing anything up.