Now that I had all the pipe measurements and steel pipe it was time to get the pipe cut to length.

I loaded up the wheelbarrow with the tools I’d need to do the job and headed over to my brother’s place where the steel pipe was stashed. 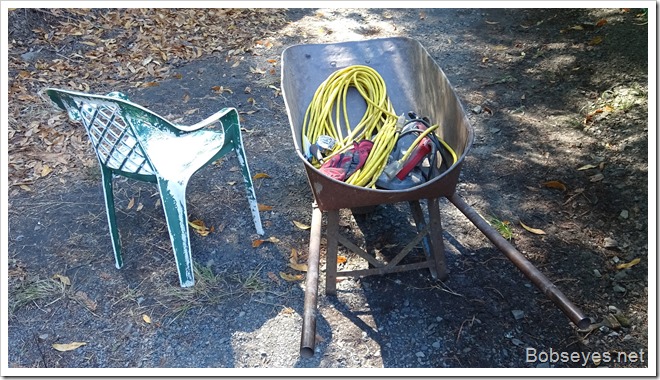 I had to drag out the pieces of pipe I’d need to cut to the measured length from this pile of pipe. 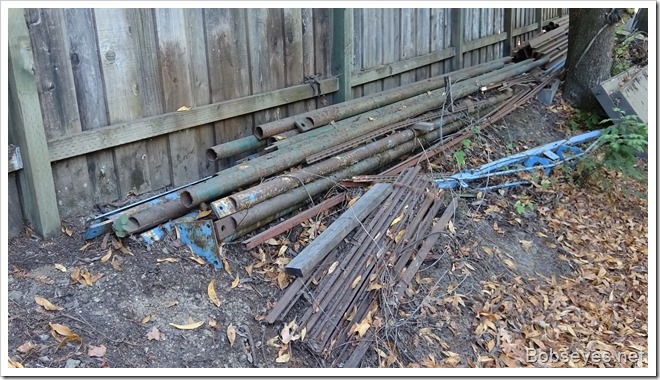 I got the pieces I needed to cut stacked here and marked the measurements on each piece  and labeled them too so I’d know which was which later. 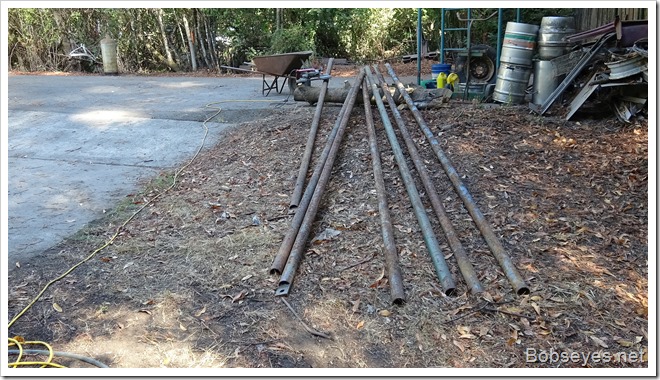 I used this portable band saw to cut the pipes to length. The pipe was  much heavier than I needed for the job but the price was right and this would work out for the job. 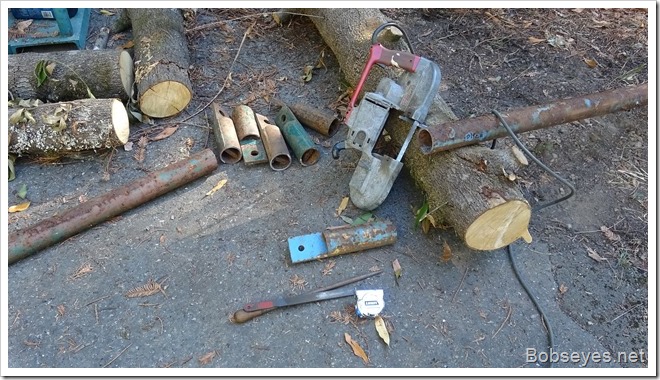 I got all six pieces of pipe cut to length and also found some old fence posts to mark the road crossings. 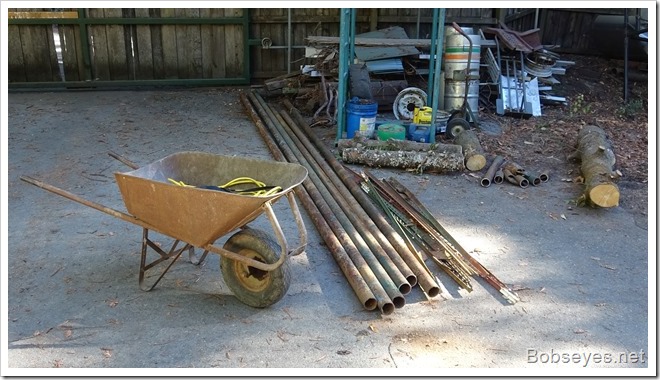 That was all I wanted to get done on the pipe crossing job for now. Next I will have to get the pipe up into the hills where it will be used so that’s the next task but not right now.

You guessed it, a nap was in order.

Later in the day I took some chicken bones I’d cooked in a pressure cooker for about 3 hours to make some broth for me. Cooking the bones that long softens them up.

When I give them to the chickens they go nuts for them. 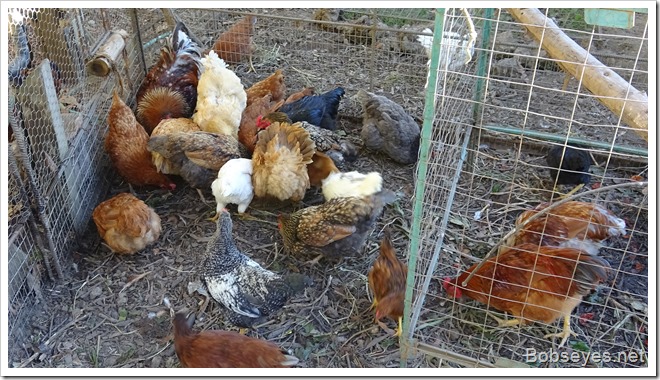 I gave some to the littler guys too. They also have some old tomatoes but the bones is what they want most. 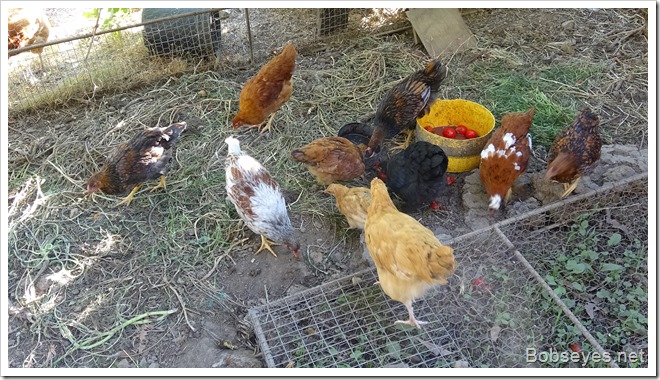 I chair hopped in the evening and watered some weeds to get them started growing for the chickens to eat.