Keeping the noise down

There was a light drizzle but it was clearing up when I got it going this morning.

I need to reduce my rooster population as it’s getting too noisy around here so I caught these two largest ones and put them in this cage to process later in the day. 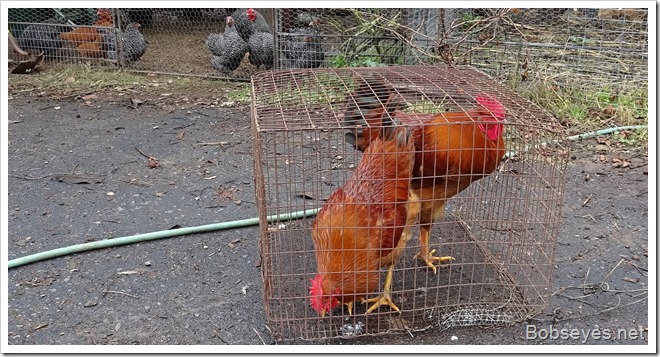 One of the things that needed done was to cut up some more rebar so I can make three more gates so I got the stuff out and cut the rebar all up to make the gates. 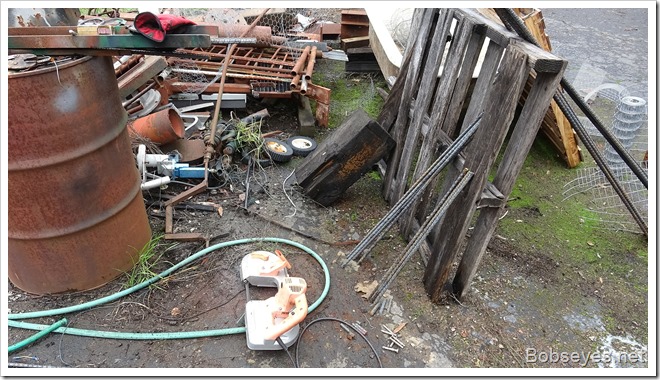 I’ll weld up the gates later as all I wanted to do today was get the rebar all cut up.

After some breaks I hauled the brush from the trees I cut down and cut up yesterday to the brush pile so that spot looks like this now. 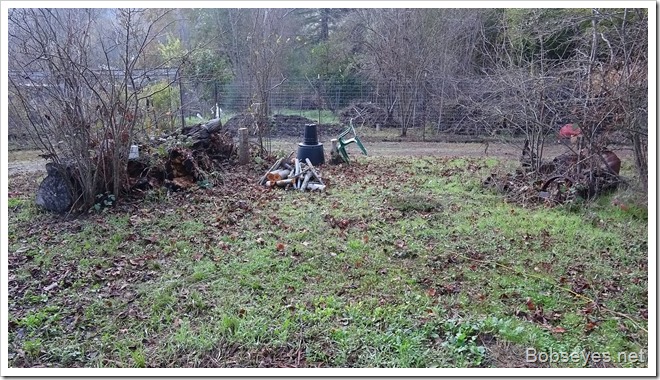 Around three PM I processed the two roosters and buried the garbage from that in my blueberry patch by a blueberry bush. I plan to cook one tomorrow and freeze one for later.

By now the chickens were squawking wanting to be let out to graze. I waited another fifteen minutes before letting them out as I like them to keep busy eating until roost time so they don’t have too much time to wonder and get into trouble.

Of course most of them went to the raspberry patch that is lush with weeds right now. They can eat the weeds and bugs and deposit some fertilizer in the process which should be good for the raspberry plants when they start to grow next spring. The berry plants are strong enough that they can’t hurt them now but when they start to berry I’ll likely have to keep them out. 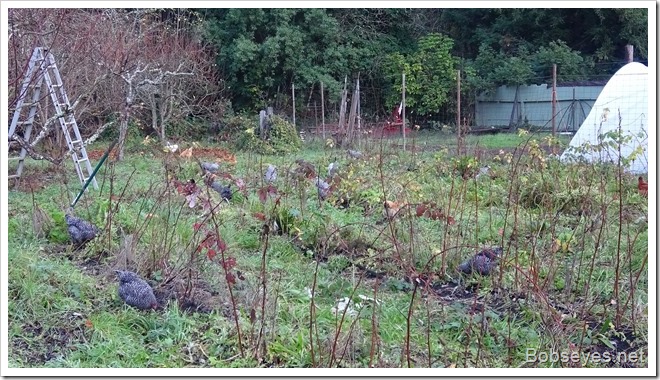 I hacked at the kiwi bushes

While they were out there grazing away I got the pruners and worked on cutting up the kiwi plants some more. I still have quite a bit of work to do on that but it’s starting to look a bit better.