Nice day for a ride in the forest

I thought I’d take a little ride up in the hills by my house today. I got the chainsaw out and fueled it up as I suspect there are a lot of trees across the roads from this winters rain storms.

I rode up the hill on roads like this one. 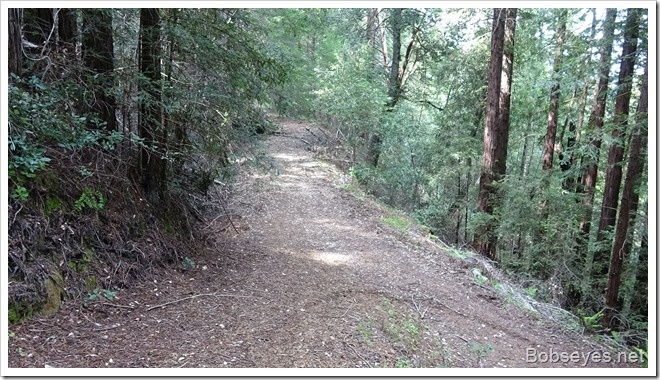 It wasn’t long before I came to the first trees across the road. 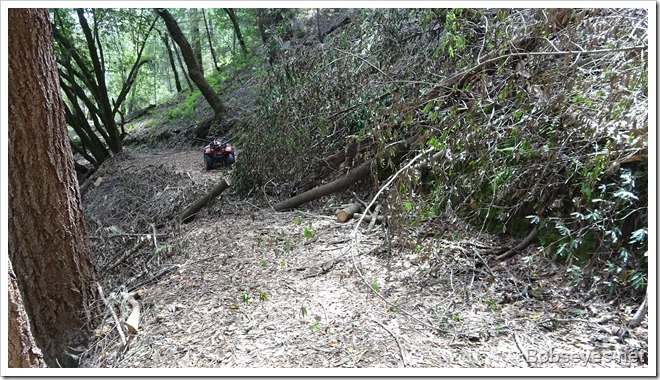 I just wanted to clear enough of the trees out of the way to get on though as the dozer can push the rest of them off the road at a later time. 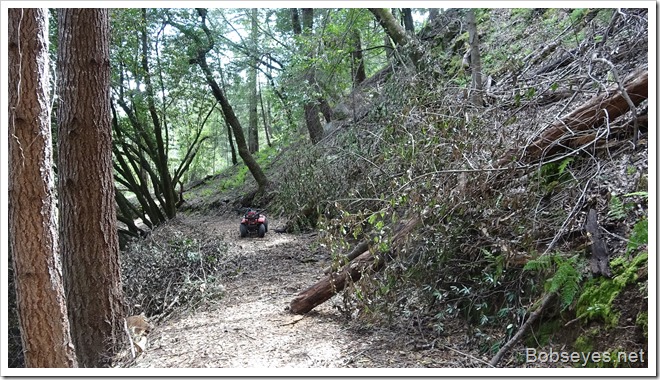 I continued on until I came to the next tree down, a fir tree a couple feet in diameter. 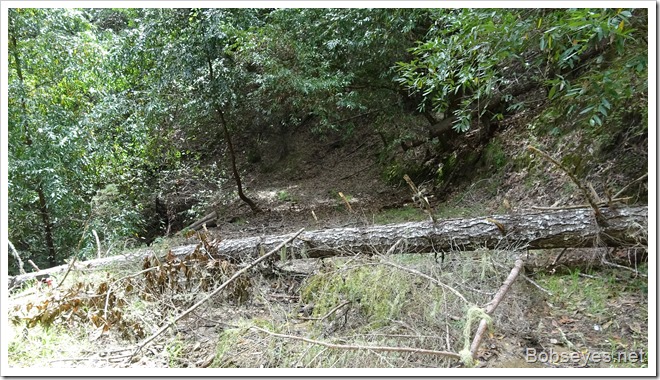 I cut that one up enough to get by and continued on. 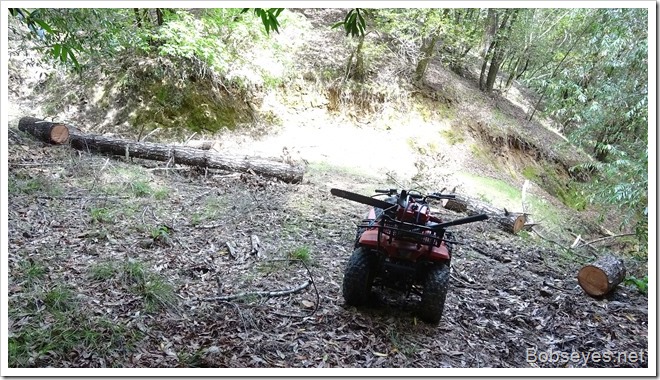 Headed for the ride top

From there I was headed to the top of the ridge and ran into this downed tree just below the top which I cut out of the way. 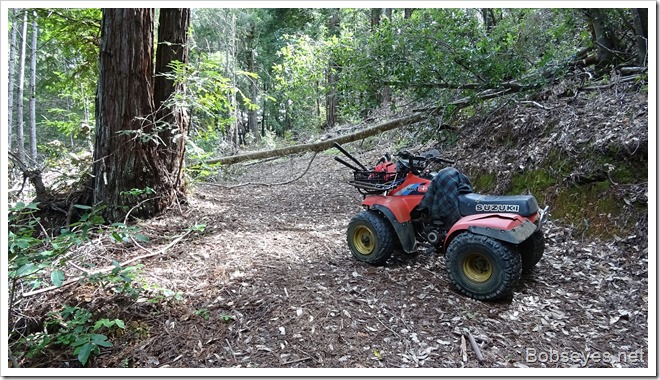 The scotch broom was in bloom at the top. 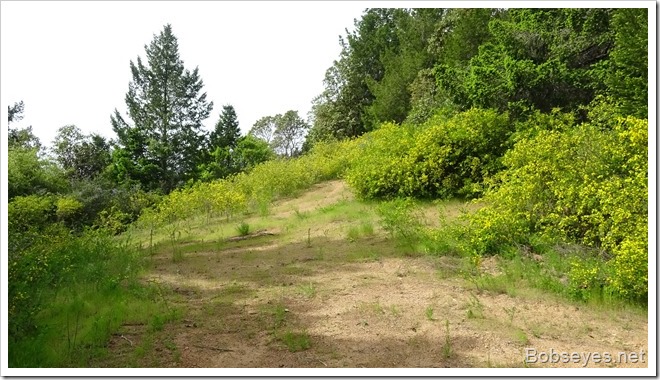 I parked here at the overlook for a much needed break. 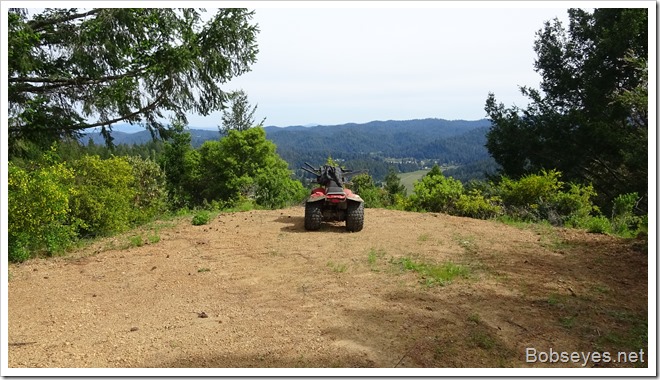 This overlook looks over the small town of Guerneville which is on the other side of those vineyards of Korbels. 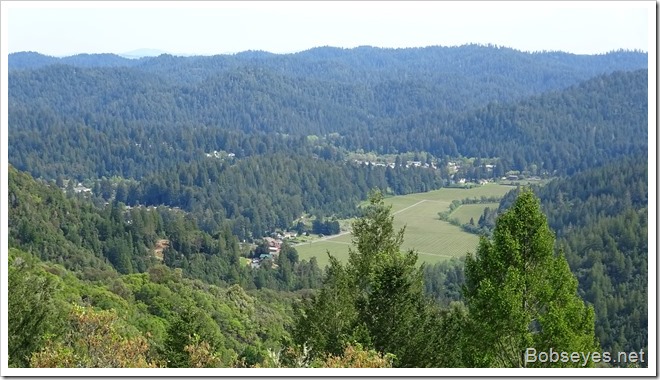 After I was rested up a bit, I headed out this main fire road to check it out. 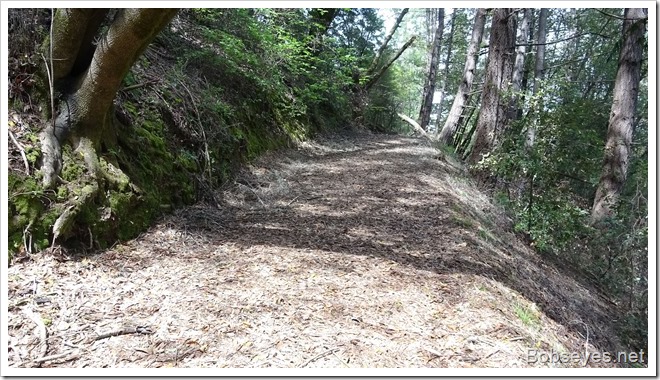 Looks worse than it is

I didn’t get far until I ran into this big slide. It had some five foot diameter fir trees in it with a lot of mud. I checked it out and decided there was more here than I had energy to deal with for now. 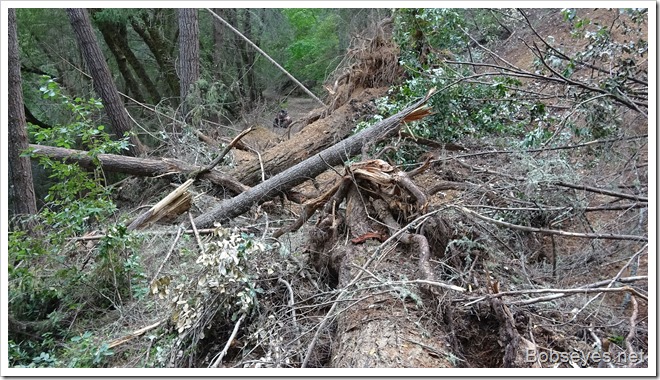 After checking the slide out I figured I can get through the logs with the dozer without too much trouble and I’ll just leave the dirt there and squeak on by. Some of the logs in there are larger than the little dozer can push, so will have to go over or around some of them.

Only gas for one last cut

I had to turn around and retrace my tracks and went down another road and ran into this three foot diameter fir log that had fallen over across the road. 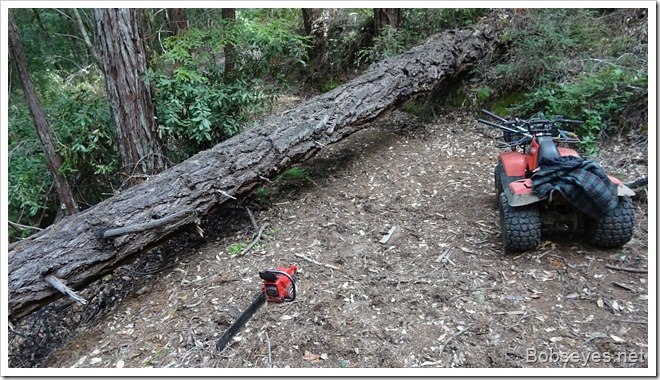 I didn’t think I had enough gas left in the saw to cut this one out and the saw’s chain was getting dull, but I thought if I can at least cut it once the dozer can push it off the road easier, so I tried and was able to cut it twice, not quite finishing the second cut before the saw ran out of gas.

I’m out of gas too

By this time I was more than out of gas, so I turned around and headed on back down the hill and went on home for a break.

After a good break I spent some time sitting in the yard taking it easy. I seemed to have pulled something in my left elbow which I think is going to take a long time to heal. I find it’s hard to left things without it going ouch.