Crown and Root in Algodones Mexico Saved Much Money

Off to the dentist

Yesterday I drove down near Los Algodones Mexico to set up for a crown and possible root canal.

I was a day early so drove around looking for a good place to camp for the night not to far from the dentist on the US side of course.

The sand was soft and I almost got stuck even with four wheel drive. I tried the casino but they wanted 10 bucks and would be noisy. I stopped and asked them for a password for internet access as most of these places have access but not this one so I left and looked across the freeway for a camp spot. There were lots of places to camp here, but there was a freeway on one side and train tracks on the other and it was a place the trains passed each other going in different directions. I did try to go out into the desert more here, but I had to go under the train tracks to do it and there was only a place the four wheelers used. It wasn’t very high but I thought I could make it so I gave it a try. About three quarters of the way in the boat hit the top. I wasn’t sure I could back out but I made it with brown rust on the kayak but all looked ok.

At dark I decided to go back to some free area near the Indian casino and found a place to park here. Not the best spot but it will do for the night. 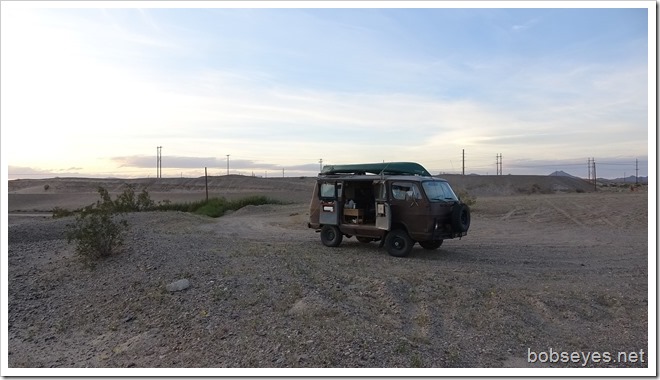 There was plenty of water near by but too fast for my kayak. Means mosquitoes. 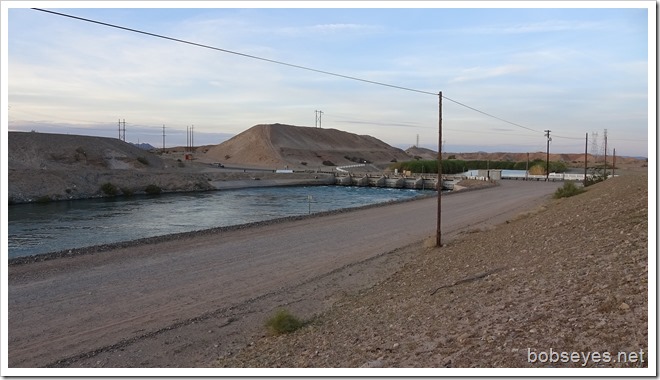 What I found out about dark was quite a few mosquitoes had sneaked into my van earlier in the day and started after me. I had the doors closed but they kept coming until I killed them all. I shut off the lights and use a flashlight to attract them and play a smash game with them until all is quiet.

I could see a lot of lights across the river from Yuma. 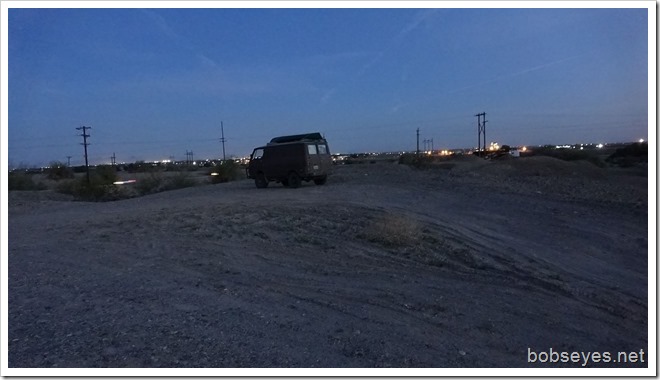 I had a nine o’clock appointment so since it was my first time I was a bit early so I had to wait a bit.

Crossing into Mexico on foot. 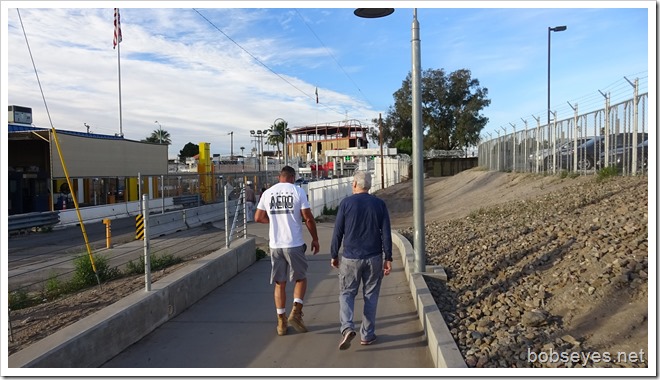 I was going to Dr. Sam at this place, highly recommended by a friend. 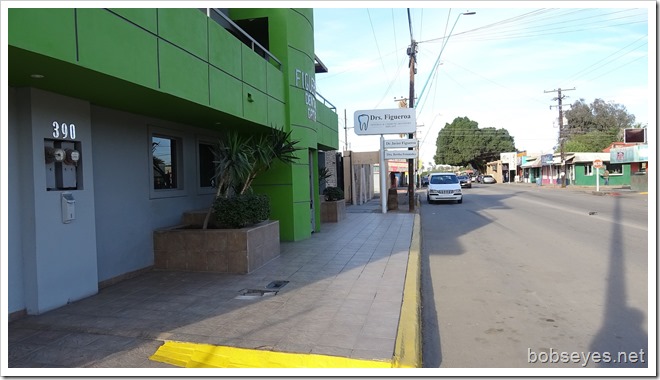 Shortly after nine we got to it. A root canal was suggested to go along with the crown that needed to be replaced so the doc arranged for that as soon as he prepped the tooth. A car came by to pick me up and take me to the root guys office several blocks away. That was nice, no stress trying to find the place.

The guys that picked me up for the root canal and he was also my English speaking guy and dental assistant during the process. 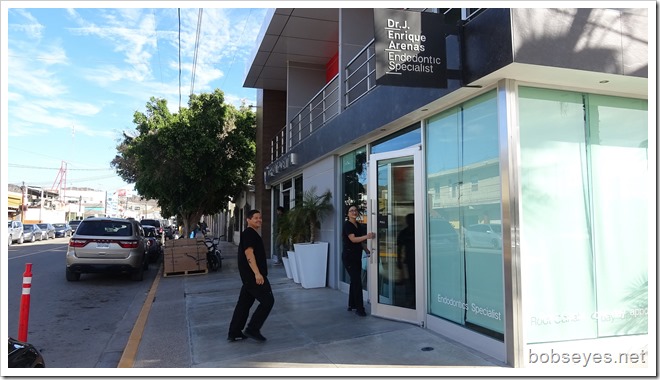 They did the root and returned me back to Dr. Sam. I had to wait about a half hour then I was back with Dr. Sam and he finished building up the tooth and made all the molds for the new crown.

If he was doing porcelain I could of gotten the crown the same day but I wanted zirconium which costs more and has to be sent out to be made so I would need another day to get the crown fitted.

Dr. Sam fitted me with a temporary and said see you tomorrow for the fitting. The receptionist gave me a paper for some drugs I bought at a small druggist across the street and I headed for the US border crossing.

The line was huge but I shot the bull with the lady in front of me which helped pass the time.

The first guard looked at my California license and I told him I left my birth certificate at home on the table and he let me pass. The second guard was real nice and didn’t give me any crap like the guy the other day so the crossing was almost pleasant.

This is the  walkway back to the parking lot after dealing with the border guards and I was feeling good about it all. 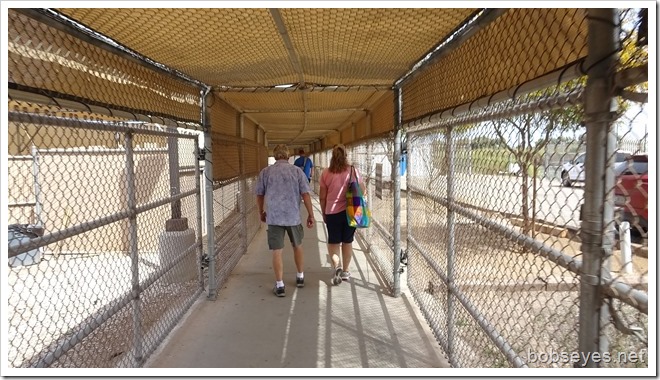 I went back to my van and decided to head for Winterhaven to see about a library for internet access but had to go to Yuma’s Library as they didn’t have one and that’s where I am now.

I passed this field where they are harvesting the crop. They harvest and process in the field and stuff goes right on the trucks they ship it in. 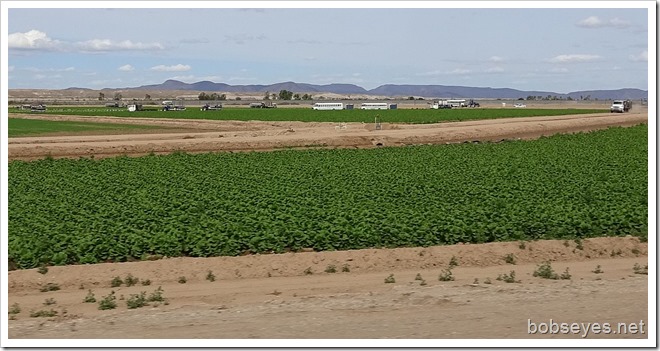 The bill and the savings

The whole experience was interesting and fairly painless even the paying. My US dentist is painless but the paying is not. :O)

So my plan is to go back around noon tomorrow for the crown fitting and then head back to Quartzsite and do some more playing.

Nice day today, not as hot as they thought it was going to get.