Critters and Birds While Paddling Around the Jenner Area

So today I decided to go down to the river for a yak as it’s likely my only chance this week to do it.

I was on the water around 1 and crossed over the river to the island when this caught my eye. A young deer was laying on the shoreline right where I stop for a bit and it’s momma was off to the right walking away but keeping an eye on me. 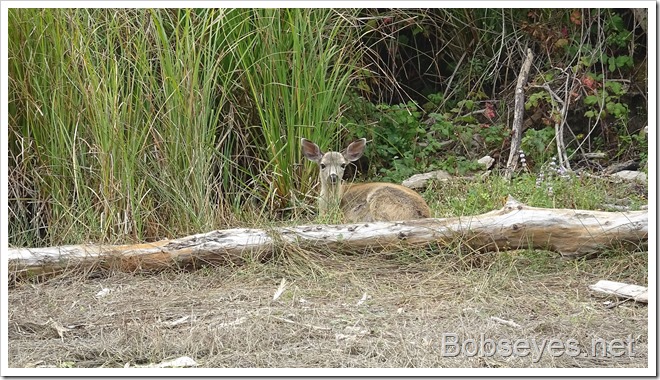 So I slowed down not to scare it off and turned up river for a look. Bet you didn’t see that river otter that just got out of the river on the right and is about to  make a dash for the bushes. I didn’t see it either until it made the dash but the camera caught it. 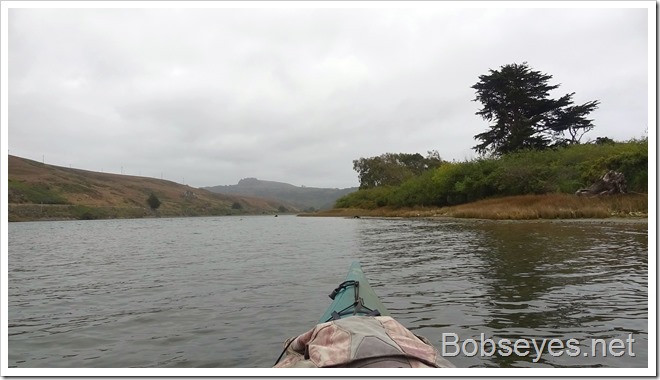 Here it is after magnifying it on the computer. It dashed into the bushes and I didn’t see it again.  I bet it had some buddies in there. They often go to shore to nap. 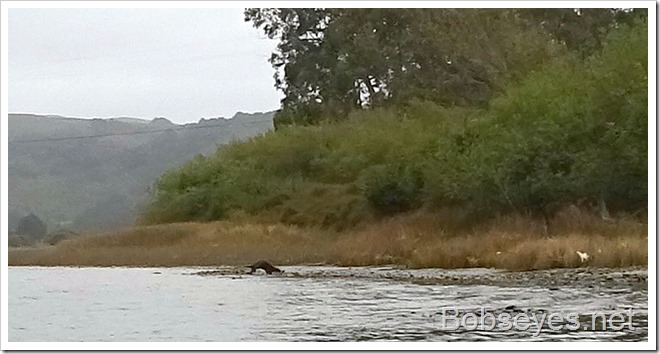 It was fairly overcast today so I turned and headed on down river towards the ocean where I knew there was lots of wild life. I could see a lot of birds on the shore from here. 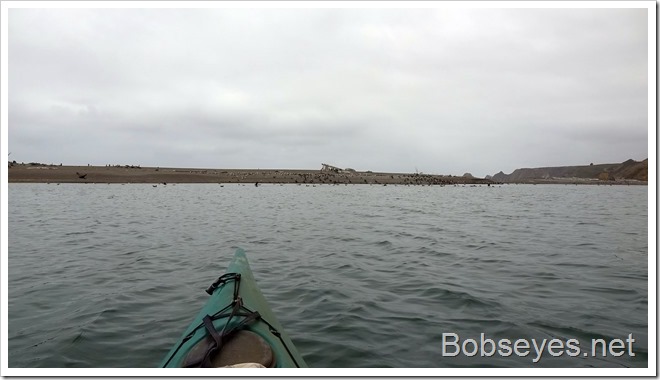 Lots of brown pelicans and gulls. 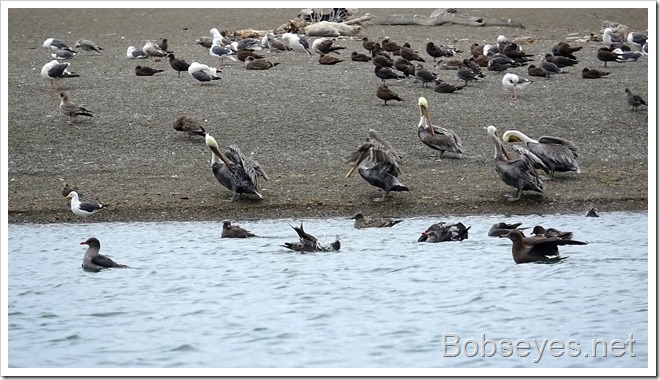 They preen a lot. 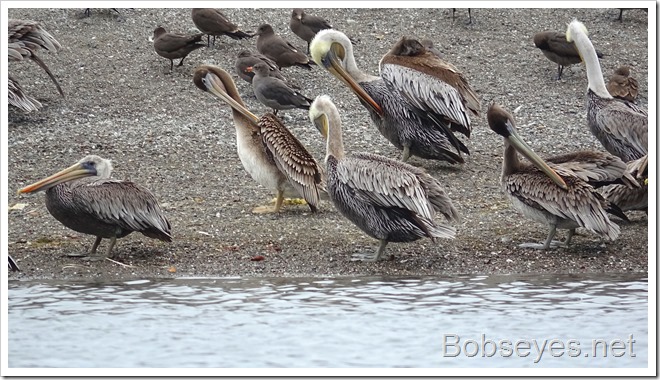 I moved on into the open river’s mouth area where there were even more birds. 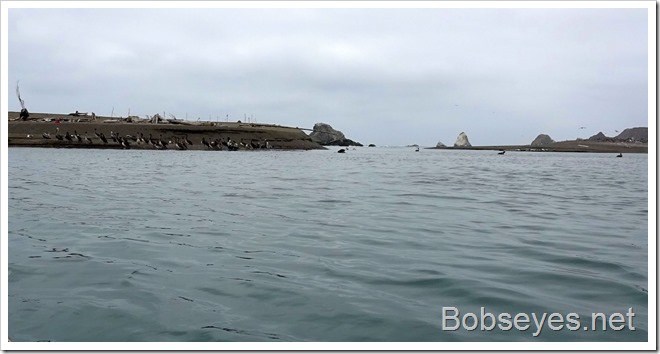 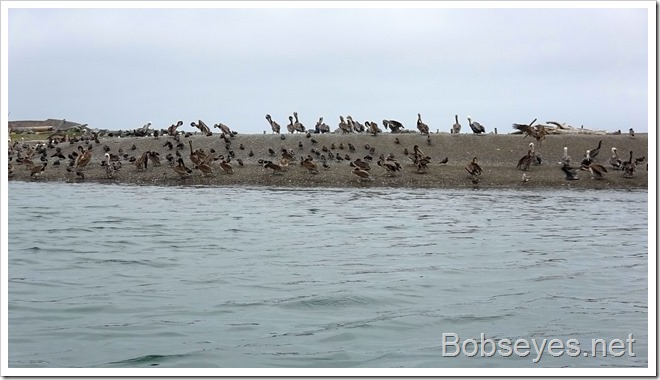 I worked my way on into the river’s mouth but stayed back from the ocean just up ahead as no way do I want to go out there. 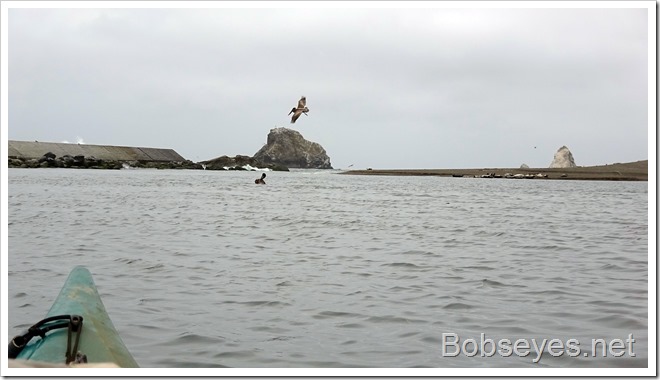 Some harbor seals resting there had their eyes on me. 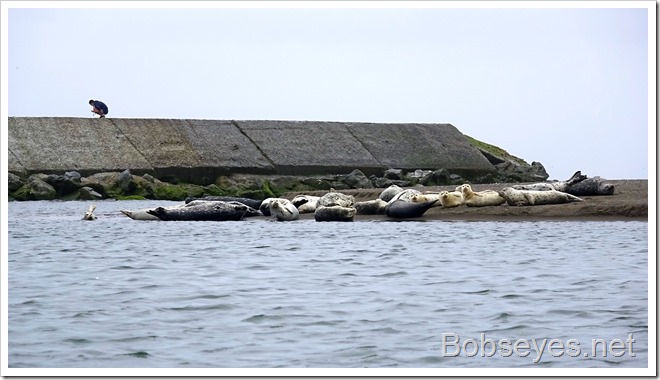 I hung around the area for about an hour before starting back up the river. Just as I was getting started I saw this guy doing some pruning over on a trail on the shore. Could that be John a guy who lives down here. He was almost dead a couple years ago with heart problems. 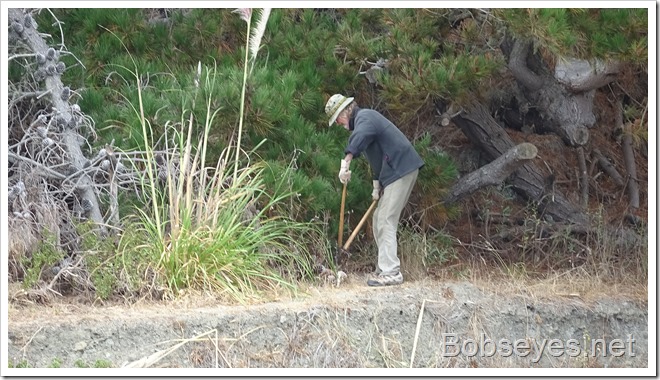 I paddled on over to see and it was John so I shot the bull with him for about an hour getting all the Jenner news.

He’ll talk your ear off so I had to finally break away.

I continued back up the river crossing over to the island and paddling up along it’s sides when I saw this egret catch a small fish and eat it. See the small fish in it’s beak.This bird eats mostly these real small fish it catches along the shorelines. 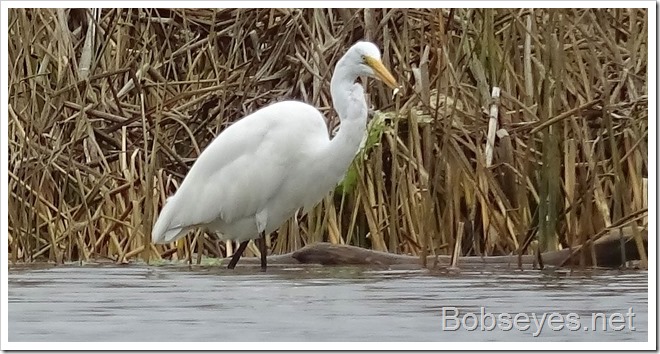 As I was paddling along the islands edge and almost up to it’s upper end I saw something moving in the shore weeds which turned out to be these two little birds feeding. I watched them for a bit. 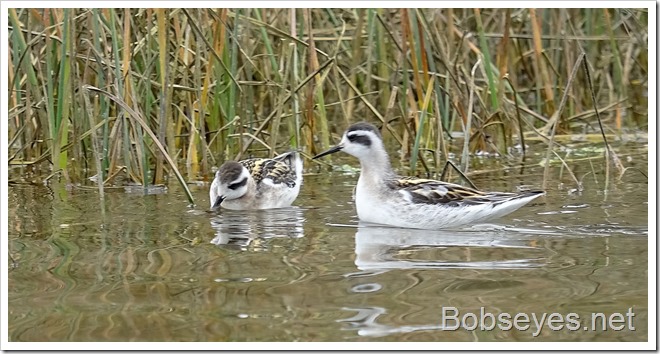 I was thinking of going up river a bit but with all the overcast I decided to call it a day and go home to the sun so I headed on in to the boat ramp. 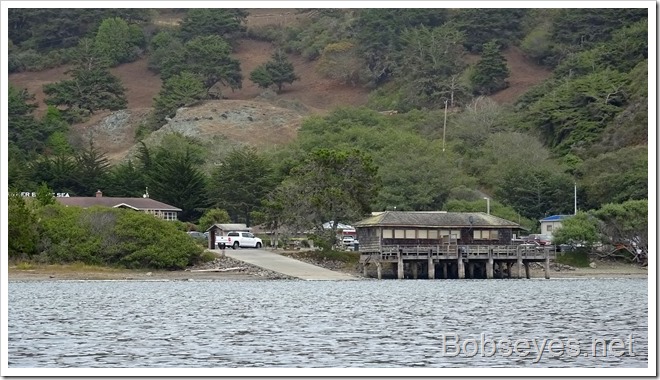 I loaded up the car and drove on home for a nap.