Once I got it going this morning I went outside to see what needs done.

I turned on this jet sprinkler to water the ground and get the grass growing as I can cut it for the chickens. 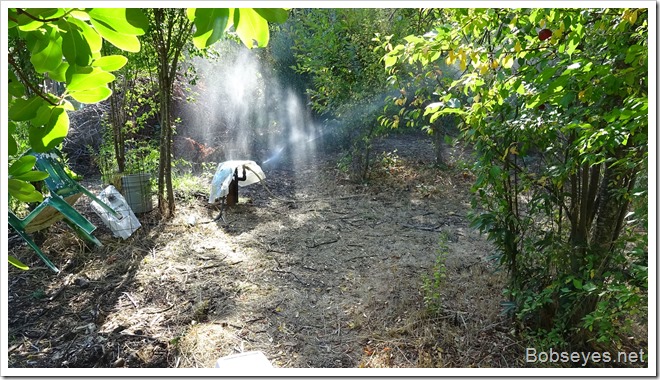 I dug up some dirt and filled in the underground fence to keep animals from digging under it. 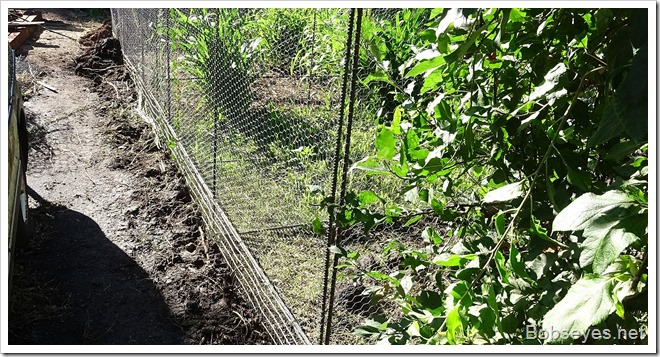 And I  dug out in front of this gate to put some critter proof wire in the ground to keep them from digging under the gate. 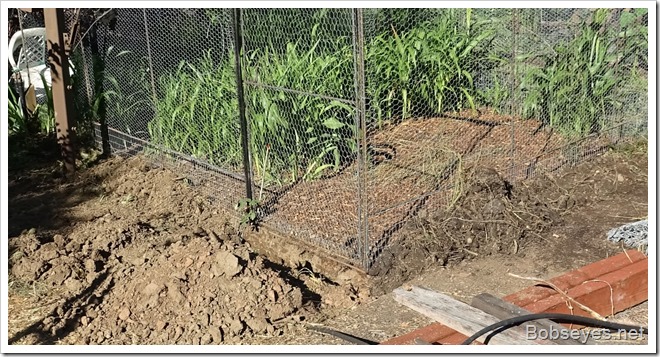 Mistake on the gates

I made a mistake and made the gates too close to the ground for the mulch pen. The gates hit the debrie on the ground that is mulching and makes them hard to open.

So that meant I needed to dig the ground dirt down lower so that won’t  happen as bad.

Here’s the chickens mulch area where they feed a lot. 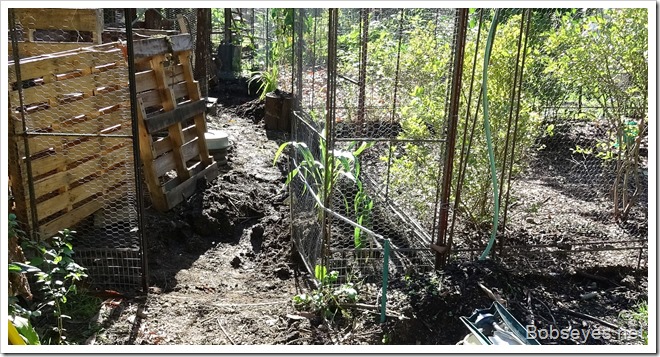 This is one of the gates I dug out the ground behind it so it will open easier. 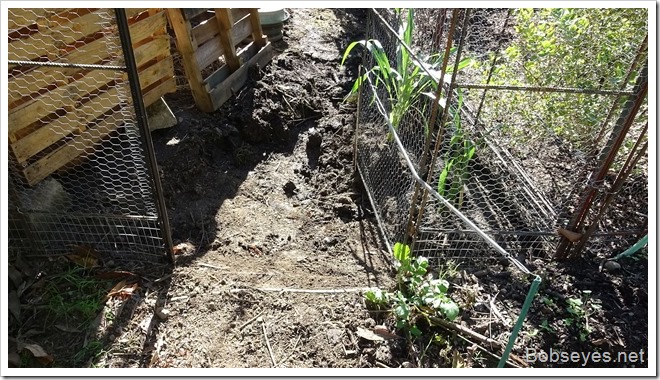 Locked the chickens out first

I locked the chickens out of the mulch area so it’d be easier to work there. The chickens would like to get back in there as they like to go through the dirt I dig looking for stuff to eat. 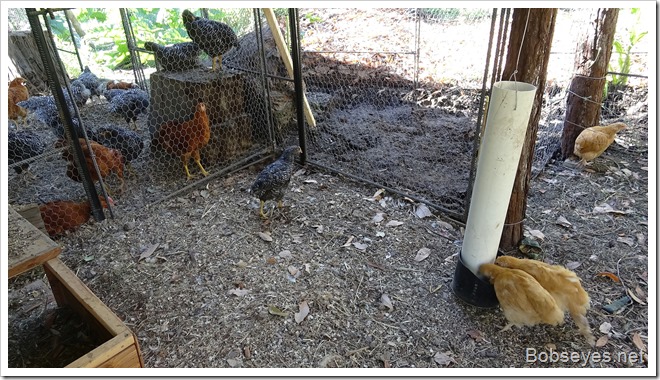 One of the last things I needed to do today was install the underground piece of wire in front of the gate.

Here’s the wire cut and ready to install. 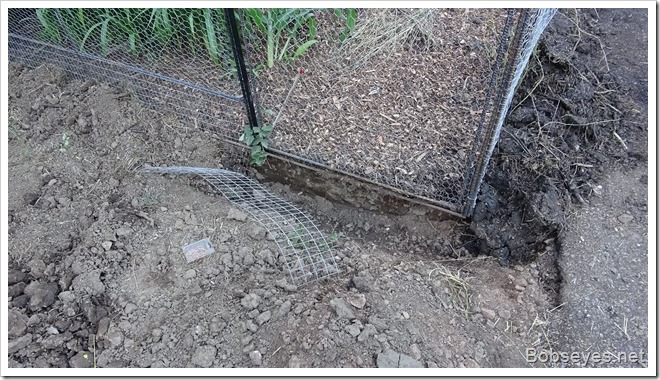 And here’s the wire installed and ready for the dirt to go back in the ditch. 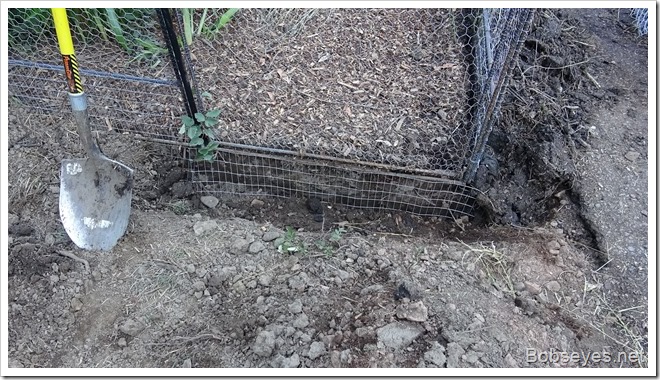 Here’s a couple of my little peeps digging in the leaf mulch. These are called Golden Wyandottes I think. 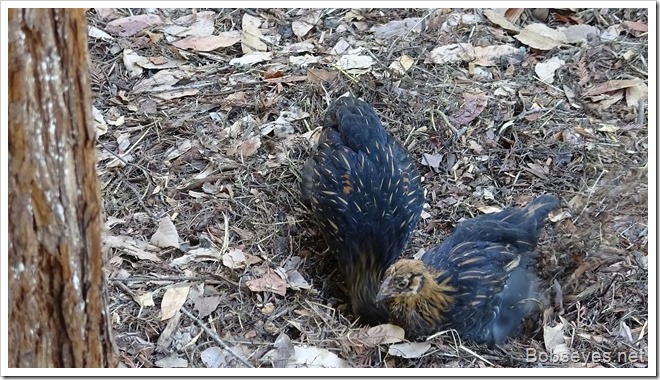 That was it for me today except for a bit of chair hopping in the evening.