Checking out the creek before it rains

I got a late start today as I didn’t sleep well and when I went outside it was cool and felt like it might rain any moment.

I checked the chickens water and food and then I thought I better check out the creek that goes in back of my house before water starts to flow.

I got my clippers and dropped down into the creek to have a look to see how it was doing. 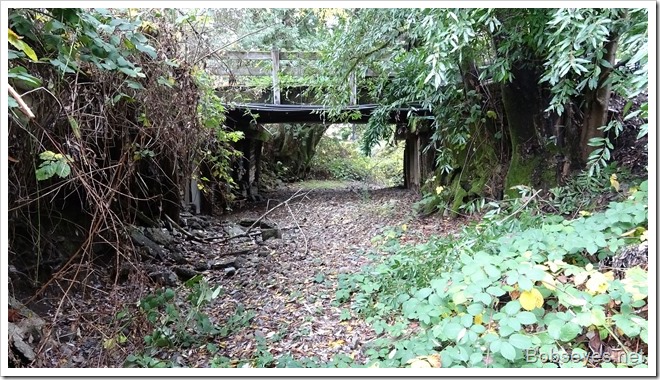 I cut some blackberry vines out and some tree branches so the creek was open and clear.

Here’s another section of the creek I checked out. I think it’s ready for some water as soon as it rains enough to start it flowing. 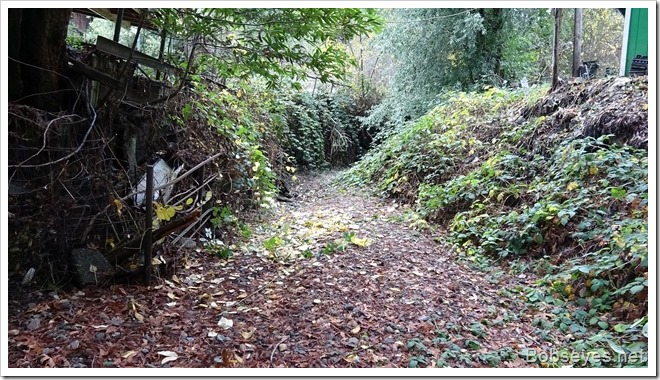 Good to have that done

It’s easier to check out the creek before the water starts to flow so it was good to get that done.

After a break I decided to work on making the chicken pen’s roof a little larger so I cut a couple 2×4’s in half and made this support frame for an old piece of metal roofing I had. 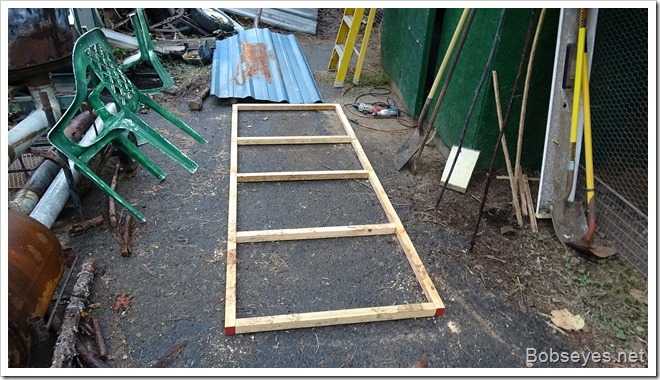 Working in the drizzle

While I was doing that it was starting to drizzle real lightly off and on but I kept working on it.

The metal piece wasn’t quite long enough but it’s what I had so I used it and will add another small piece once I get this up. 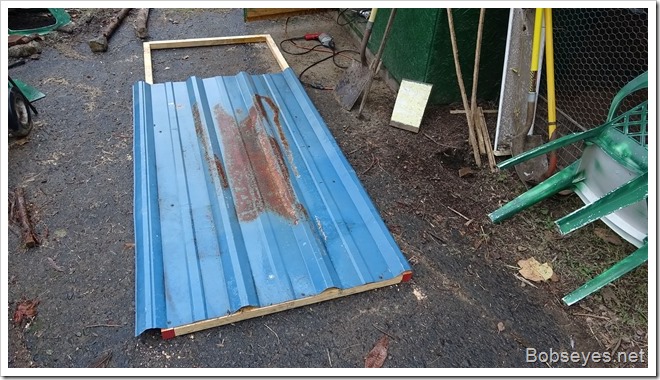 It’s nothing fancy, just a roof for the chickens and to help keep me dry when I need to feed them in the rain.

Here is the roof up as it started to rain lightly. 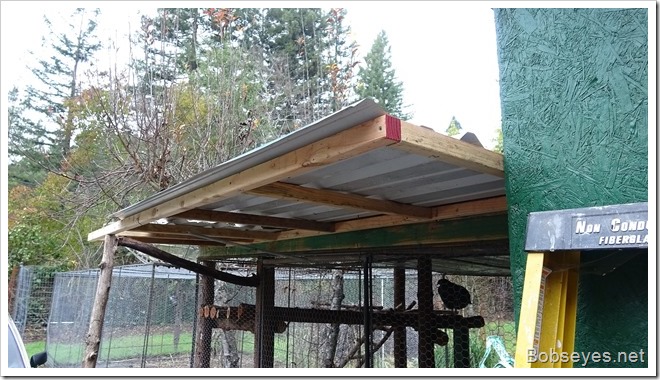 Of course I had an audience while I was working. 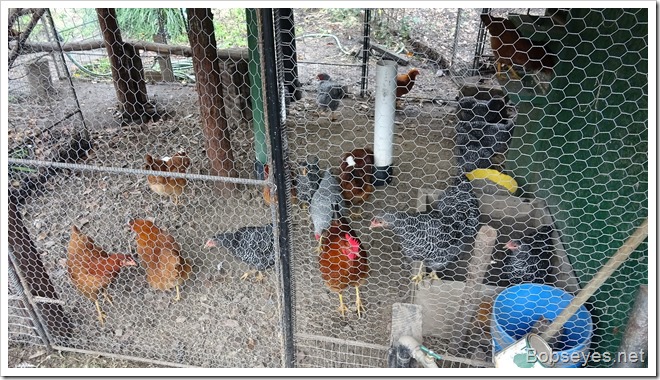 Tom borrows tools and then puts me to work

I was going to let the chickens out to graze around 4pm but as I was sitting in my chair resting my brother Tom came to the door to borrow some tools which I was able to round up for him.

It wasn’t too long before he was back and wanted some help working on his girl friends Subaru rear door lock that stopped working.

That’s not the problem

He was having a problem replacing the old one with a new one. We got the old one off and the new one installed but when we did a test on it, it still didn’t work.

At least we found what the problem was so just need to repair all the broken wires.

Let the chickens down

Back home I realized I didn’t let the chickens out to graze, I just forgot. I checked on them and they were all up on their roost.

1 Response to Creek Check Out, Chicken’s Roof and a Broken Car Door Lock