Crackers and More Working On the Crab Snare Project

I thought I’d try making another batch of crackers since I burned the first ones I tried the other night. I spread these ones a bit thicker and watched them closer and only burned a few of them. I realized I needed to cook them slower to prevent this and I did turn them down and that worked better. I’ve just been breaking them up when they are done instead of cutting them into pieces which works pretty good. 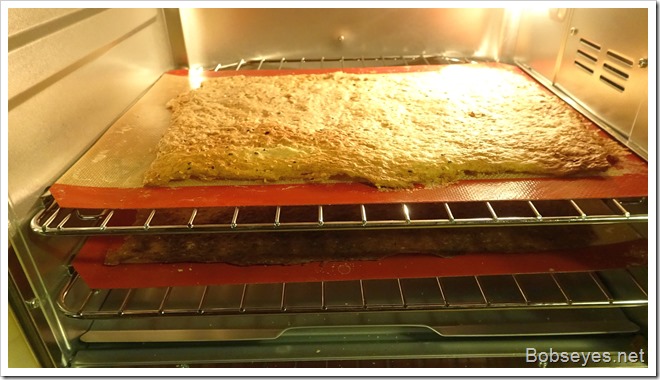 I still need to work on getting the crackers better but at least this batch turned out much better than the first batch.

I also worked on making a better crab mold last night that puts most of the lead outside the cage instead of taking up most of the space in the cage which one fills up with bait when using these traps.

Here’s the modified trap that I used clay to make the cavity larger for the lead weight at the bottom. I will now use plaster of Paris to make a mold from this modified piece. 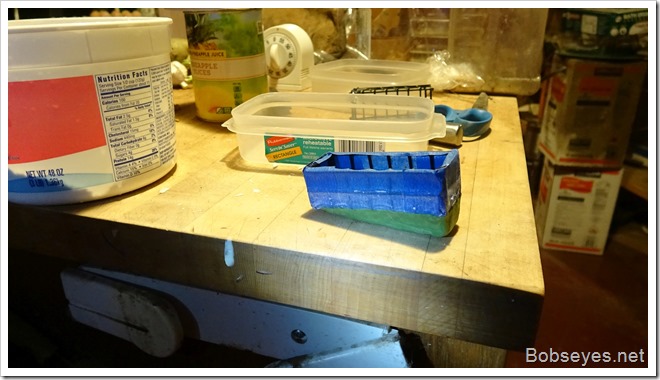 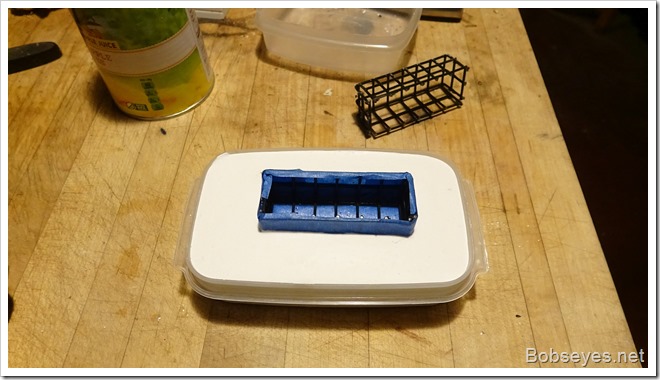 I made two molds and here they are finished one with a cage in it ready for pouring hot lead into it, at least I thought they were ready but I found out different the next day. 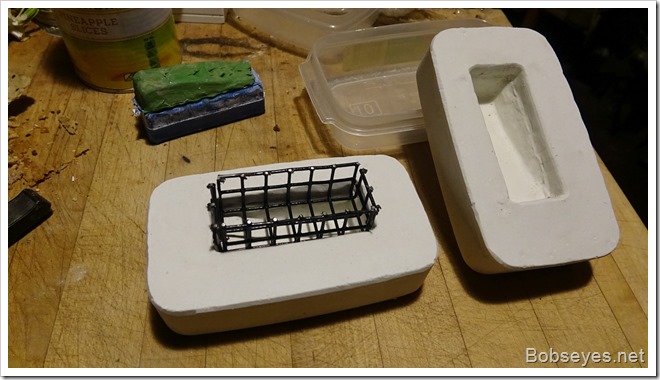 Of course my brother Barry sent me an email this morning saying he wanted the weights to be lighter than what he had previously told me so I’ll have to make do with what I have for now.

So today after taking care of the chickens needs I put this wire around the little volunteer peach tree I planted about a week ago to protect it from digging chickens. 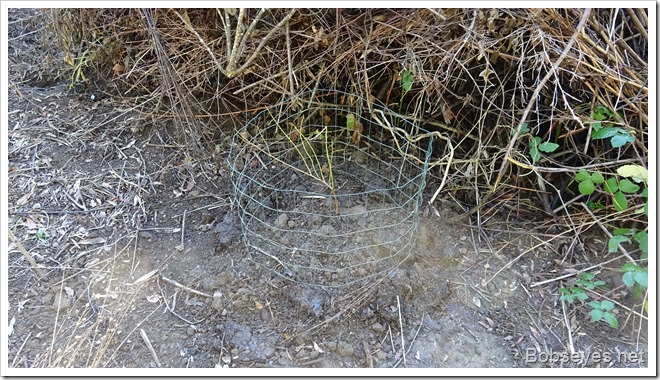 That didn’t take long, After that I fed the chickens a bunch of old stuff out of my fridge to get rid of it. 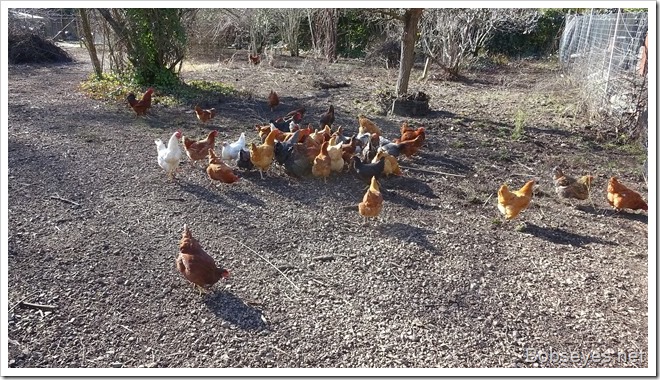 After that I rounded up the stuff I thought I’d need to melt lead and pour lead in the crab snare trap molds.

I have a big chuck of lead in the pot and ready to start melting it with my propane burner and an old pressure cooker I don’t use anymore as I like the Instant Pot much better. 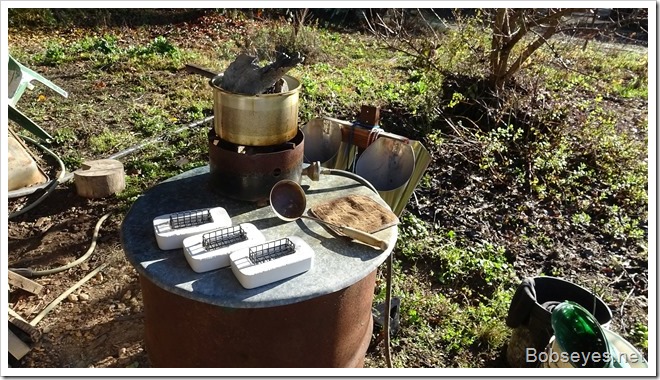 It took quite awhile to melt that big chunk of lead but eventually it was melted. 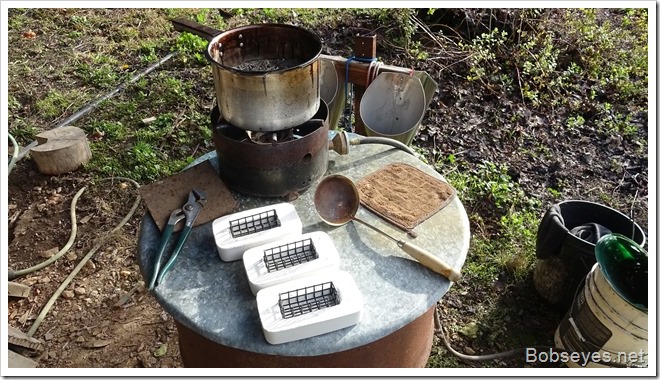 Here’s the melted lead ready for skimming the impurities off of it. 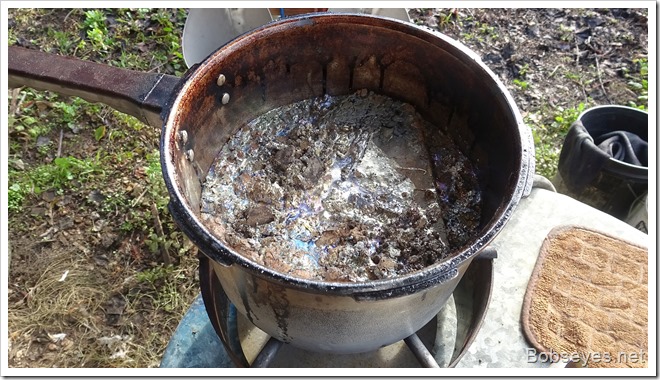 I used my Grandmother’s old soup ladle to pour the lead. 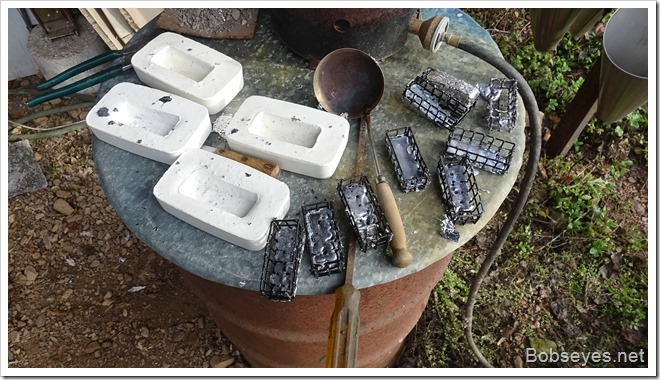 I had some problems when pouring the hot lead into the mold. The cage wire has some kind of black paint on it that seemed to cause the hot lead to boil up and bubble which made pouring the lead difficult to get the right amount of it in the mold and it was making a mess of the lead. I sure thought it was the black paint causing the problem…………….But.

Here’s some of the cages with the lead poured into them. They don’t look pretty but they’ll work. 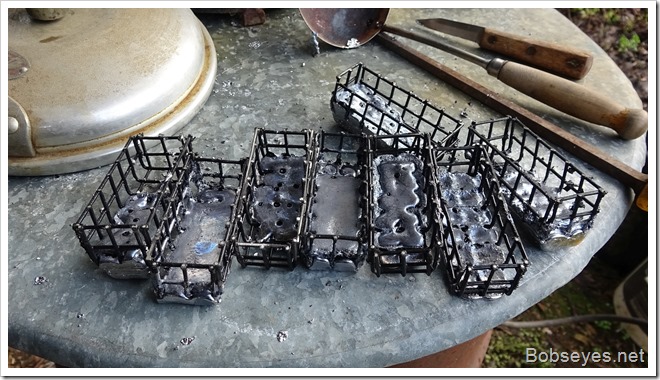 I kept watching the bubbles while pouring the lead and discovered it wasn’t the black paint causing most of the bubbling up. It turned out the molds where damp and causing the hot metal to bubble from the water.

These molds need to have the water evaporated out of them. 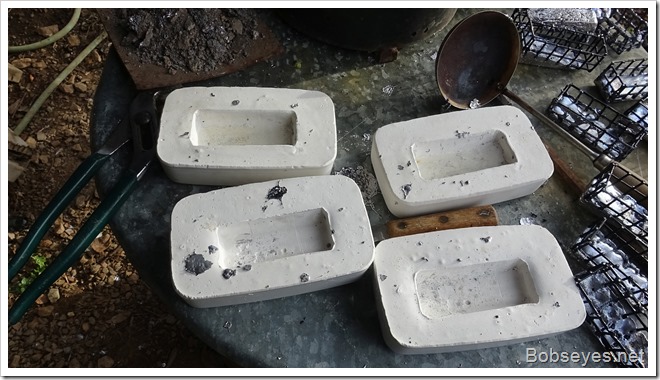 So  I stopped pouring lead and put the damp molds in the oven to evaporate all the water in them for a couple hours. I also put the black cages I had un-poured in the oven to see if that cures the paint better to prevent it from also bubbling.

I weighted they cages I had poured just to see. I have an assortment of weights and if I can get the bubbles under control I can do a lot better jog.

Here’s the cages ready for the next step in the process, adding the little doors. The then will each get six snares attached to them, but not today. 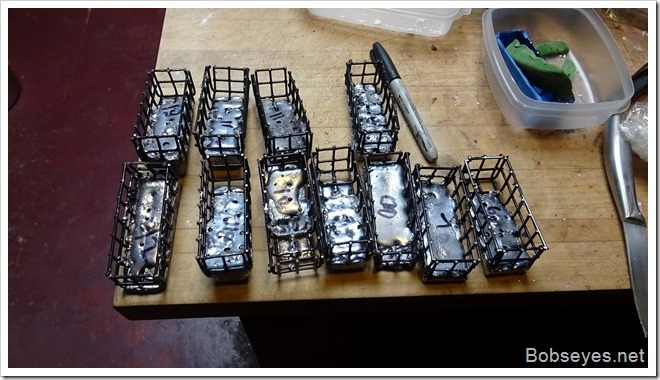 Well that didn’t go as well as I thought it would but it went good enough to learn more about the process and what I need to do to  do a better job.

By the time I was done messing around with the molds it was getting dark so I shut the chickens up for the day and went on in the house.

Nice day puttering around and trying to be constructive.