When I went outside this morning I found these three cabbages on a chair. My brother Tom had left them from his garden. He can’t sell the cracked ones but they are just fine for me to use. 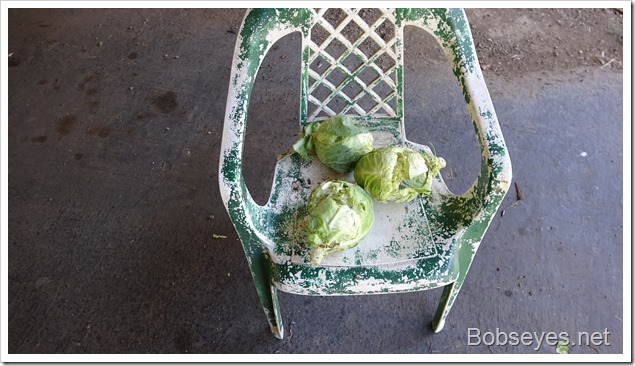 I talked with him a bit later and he said he had a lot more cracked ones in the garden.

And he also suggested I try some of his rutabagas which were also growing in the garden.

So, after a bit I got a big plastic bag and rode my quad runner over to where his garden was.

The dozer was also over there and I’d forgotten I had the charger on the battery and it was time to disconnect the charger. I did that and rolled up the extension cord to take back home when I left. 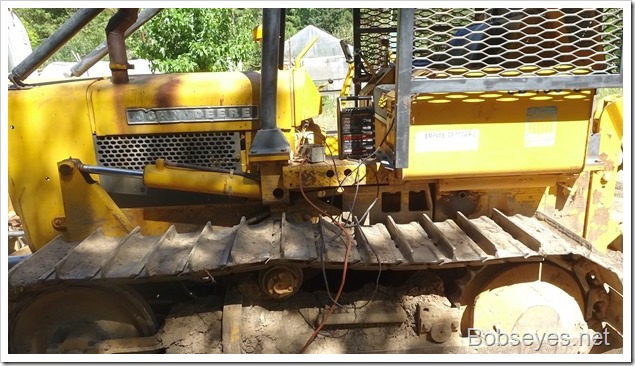 I opened the gate and walked on into his garden area, making a left turn here to get to his  cabbage area. 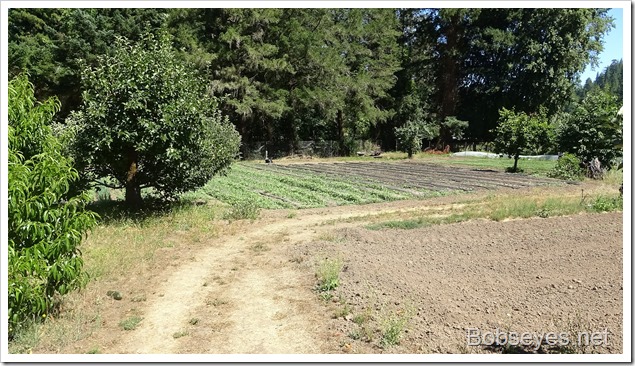 His cabbage was way over in the left corner on the other side of this squash. 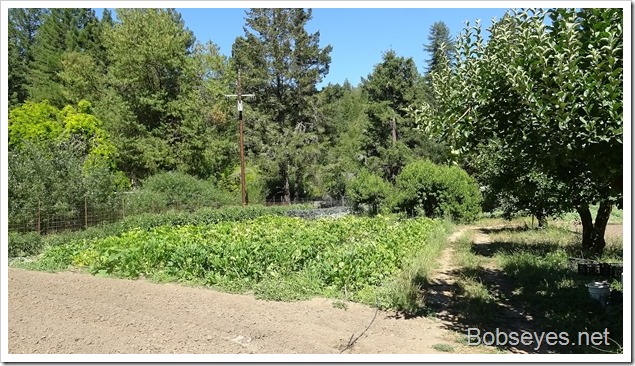 There’s the row of cabbage just up ahead. I think that dark green stuff is kale. 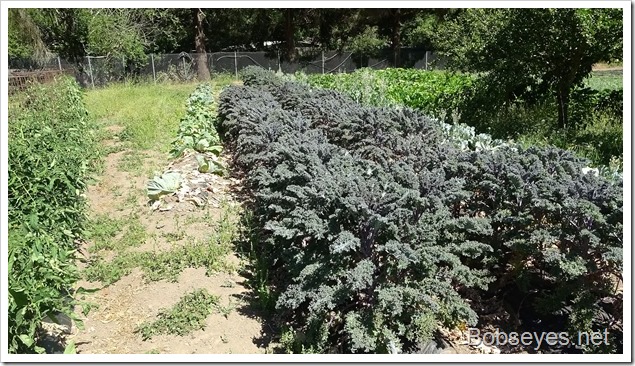 Here’s his rows of cabbage. 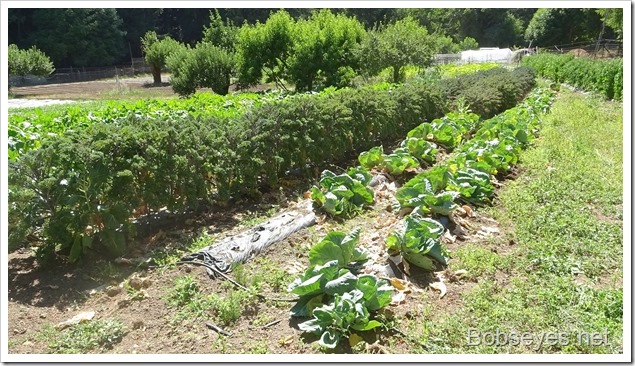 I looked through the cabbage heads to find ones that were cracked. 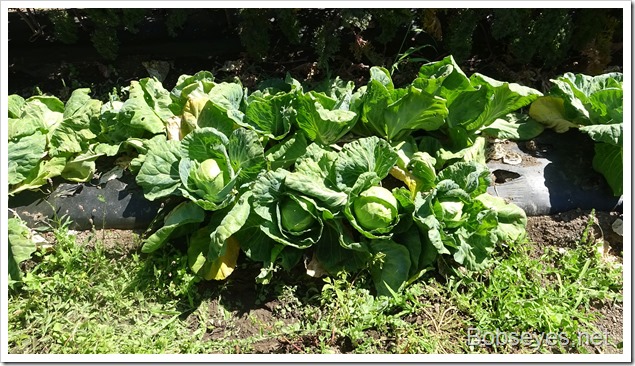 I picked a half a dozen or so of the cracked heads and took the outer leaves off them. 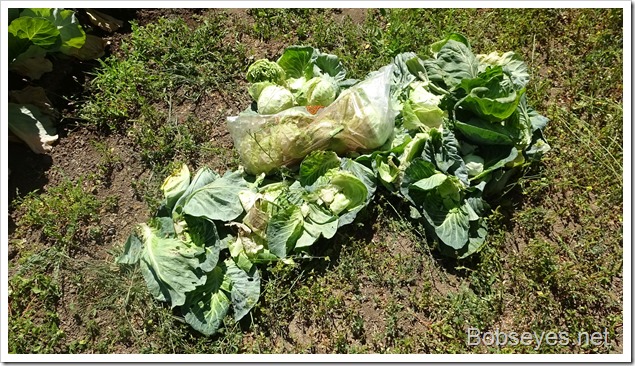 I took those heads back to the quad runner and went on back in the garden to this row of rutabagas. 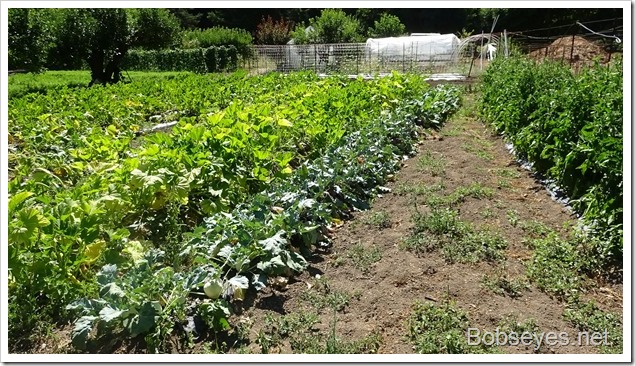 I’ve never eaten a rutabaga but they sounded good. They say they taste similar to cabbage. 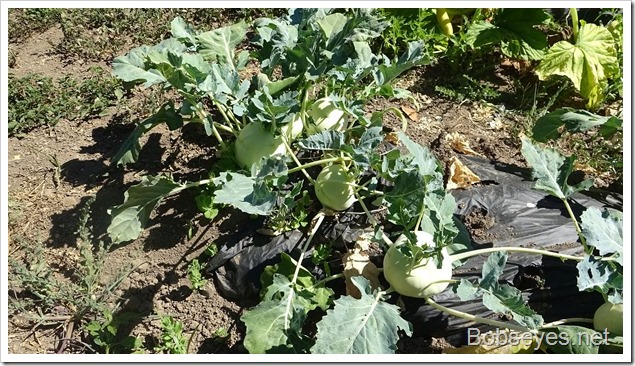 I picked one of these to give it a try. Funny looking thing eh. 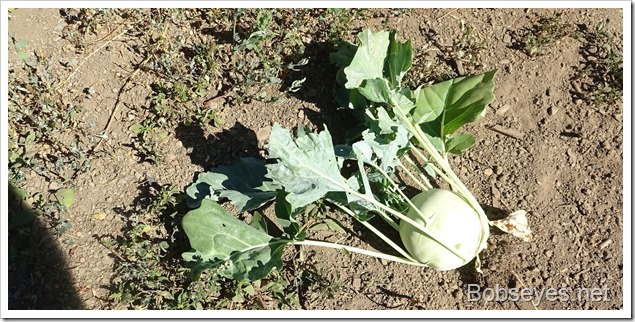 I loaded up the stuff and headed on home and put it all in the fridge. Cabbage keeps well and I hope most of it lasts until I get it eaten up. 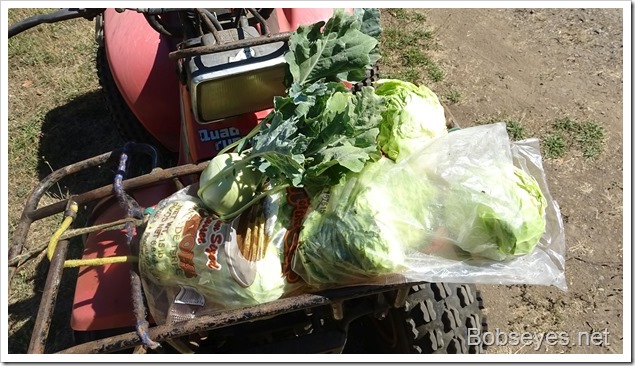 After a nap I went outside and did some chair hopping with the chickens. And I did some watering too, here and there. 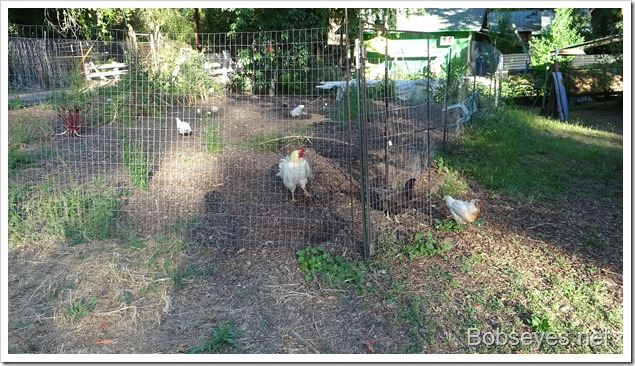 This young chicken has been trying to get some eggs to sit on but she didn’t seem like she would be dependable sitting on them as she left the next fairly often. 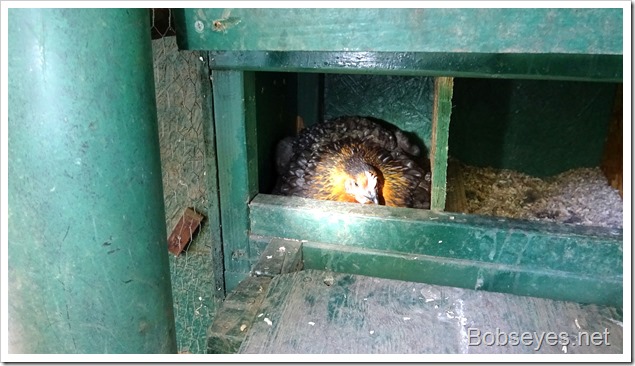 I’ve been taking any eggs out from under her daily.

But today I decided to give her a chance to show her stuff and gave her a few eggs which I will add to, tomorrow. I’m hoping she has settled down and will hatch them out.

3 Responses to Cracked Cabbage From Armstrong Valley Farm and Rutabagas