Once I got it going today I went outside, but the cool day just went right through me and I could see I was going to have to spend most of the day inside. It’s not that it was that cold out, but with my corn rash it messes up my skin temp sensors or something.

So I went back in the house and crawled under the covers and let the sun do it’s thing.

Ok, Yesterday Mr. Ed in comments, advised me to use gloves to help my dried up cracking hands. He advised using Vaseline or something like it, putting it on my hands and putting surgical type cloves on for about five hours to soften up my hands.

So after reading this I immediately put on a big coat of sticky stuff and pulled a pair of xl nitrile gloves on.
That seems to help a lot because my hands were drying out and cracking up. I found it a bit hard to type though and still do.

Anyway I wore the gloves last night in bed. They kept my hands from drying out, but I found I spent a lot of  time pushing the fingers back on all the time which I finally figured out was because I was using too much sticky stuff. Today I cut that way down and found the gloves to be working much better.

But when I take the gloves off my hands start to dry out again. So I tried just putting the gloves on without anything except maybe a little stuff on any stinging cracks. The gloves keep my hands from drying out just with them on. So if I put the gloves on right when my hands are still wet after a shower or a tub, the gloves seem to  hold the moisture in my skin in and my  hands seem to be doing better.

Gloves are working out

At any rate the gloves are a good tool to get my hands back in shape as I wasn’t haven’t  much success with what I as doing before. Thanks again Ed.

Building a pot of vegetable soup

In the afternoon I went outside to round up some vegetables from my brother’s garden for a pot of soup I wanted to make.

First I raided the cabbage patch and there is some broccoli on the left. 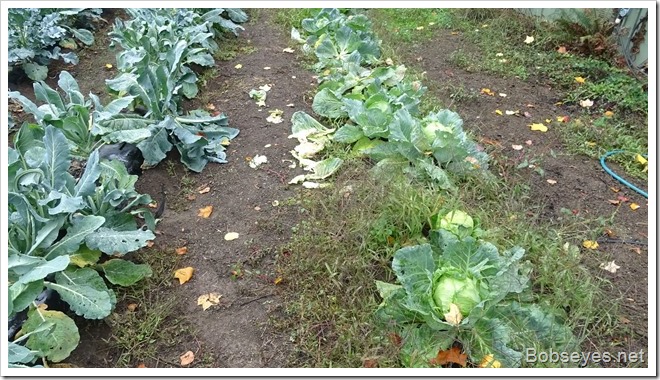 I picked some string beans and some tomatoes and got some potatoes from his walk-in fridge. And I added some onions.

Here’s the vegetable harvest I’m going to cut up and make a pot of vegetable soup. 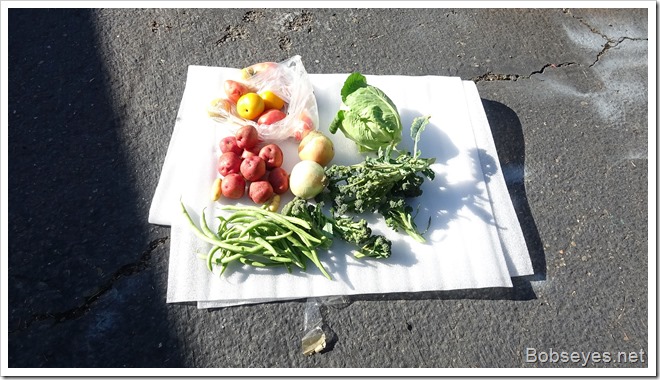 Believe it or not my biggest problem in making this soup is the pot not being big enough. I could make the soup with far fewer vegetables, but I have them and I need them so the pot gets too full.

This time I cut up the potatoes and still had an inch to the top of the pot and thought I had it made this time, but then when I looked down I saw the bag of tomatoes on the floor.

Here’s the pot with some of the tomatoes in it. I added the rest after it cooked down a bit. 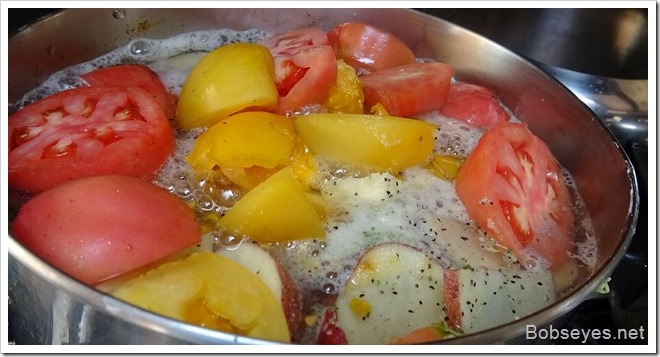 I’m finding the hot water is helping me deal with the body rash and itch so I’m thinking maybe I should hook a hot tub pump and heater to one of these tubs so I could keep the hot water hot longer.

This is a five foot tub which  means there is always a part of me out of the water. I have another six foot tub I think I should try out and use if I decide to get a hot tub pump and heater for the system. 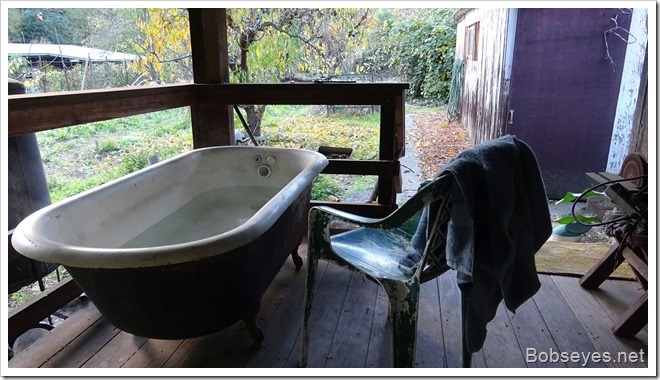 After the soak, I checked the vegetable soup and tried a little. It was so good I had a bowl of it. When I finished I thought, tasty. Yummmmm. 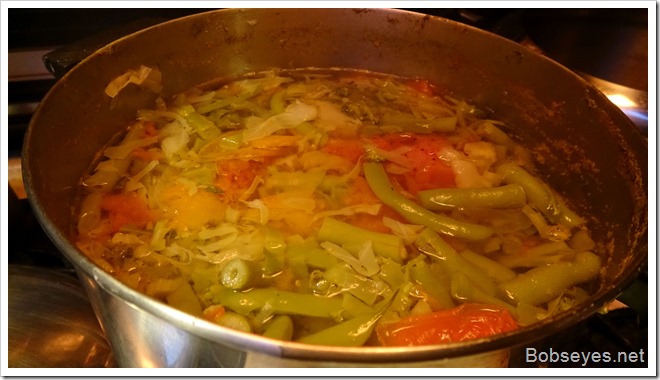 I screwed up the other day and ate some stuff with corn so right now it’s got me pretty good for about a week likely until it calms down, hopefully in a few more days if I can stay out of the corn. It’s not the corn itself that usually gets me, but all the stuff the make for it or grow on it that is most every thing we eat.

Anyway that was my day.