This morning I  woke after a good nights sleep. But when I got it going, my altitude sickness was back with a good headache. We were about 7, 700 feet I think. It wasn’t too bad, but felt like I had a bad hung over.

Nothing to do but take some pills and head on out with the guys and hope we’d drop down some altitude today which we should. We are headed for Silver City New Mexico.

We left the work center on this road headed south. 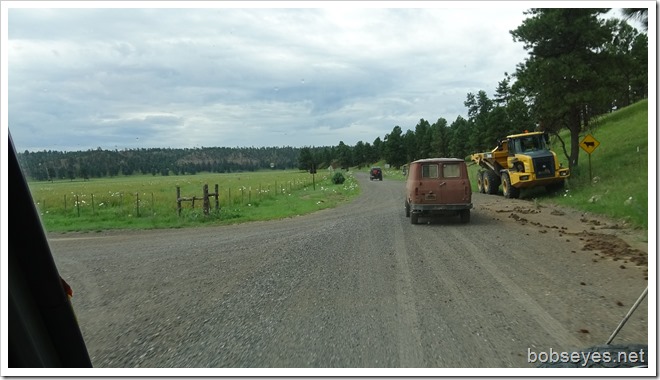 The road had signs on it saying there was some construction going on in several places. But with the recent rains, it was too wet for anyone to be working and  things were slippery from their work. 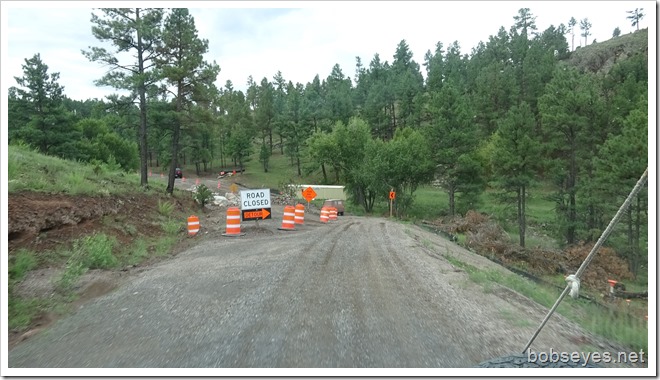 Lucky for us the water had drained down in some of the creeks we crossed. 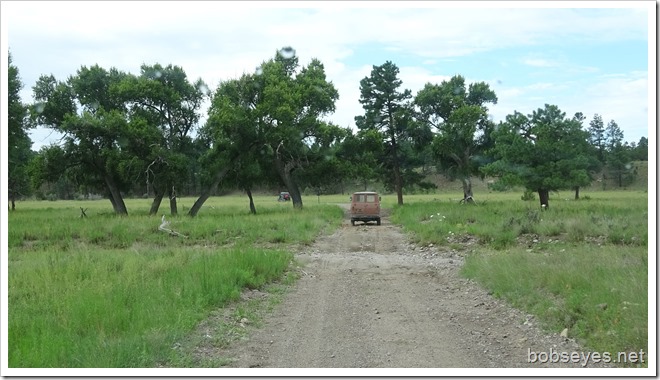 Turtle on the road

The lead jeep stopped to check out a turtle that was on the road. I helped it across the road in the direction it was headed before taking off. 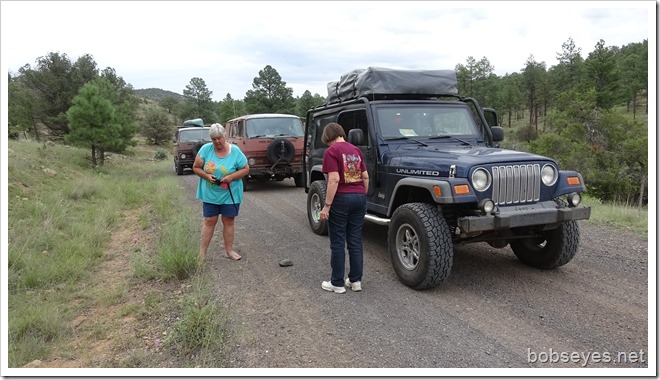 We decided to take a break at a camp spot by this construction so the lead jeep pulled onto a side road, but soon reported it was too slippery so they were turning around. I had just pulled onto the road and now had to back up a hill and on out it, but when I tried to put it in four wheel low, it wouldn’t shift. It was stuck, likely plugged up with mud from the previous days mud that had hardened. 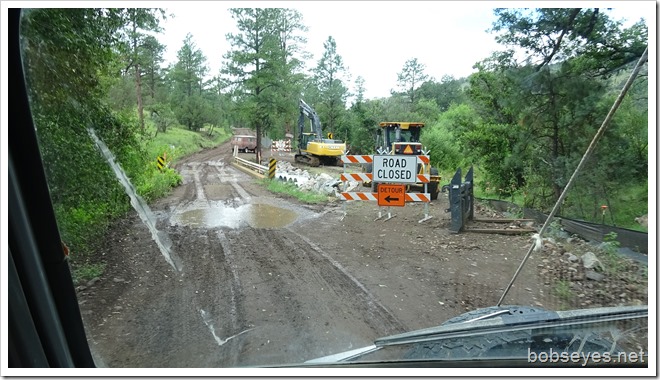 I followed Marty down that muddy dirt road. 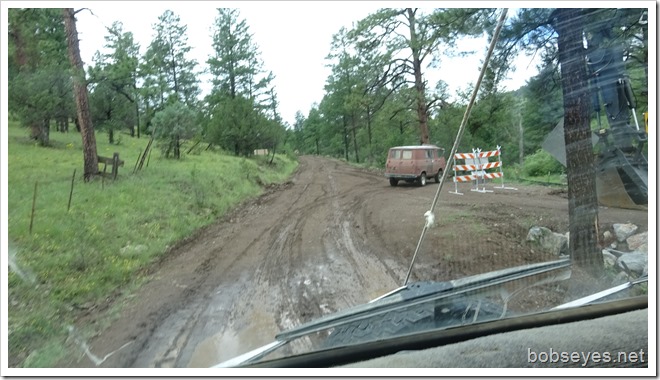 Somehow I was able to back out that road in two wheel drive and pulled up to the next repair area just up the road and pulled over to fix the problem with the transfer case shifter. 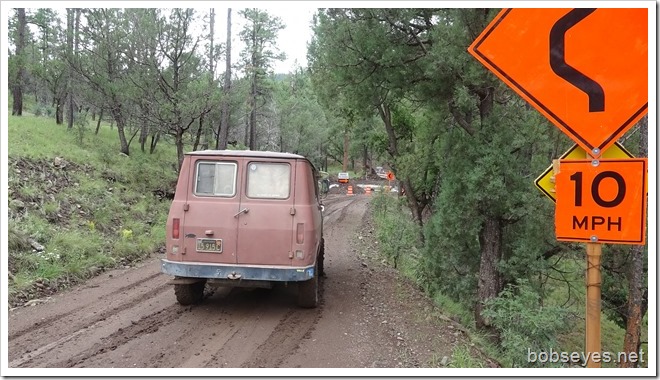 I pulled over in the mud and got the tarp out to lay in the mud on. I grabbed a screw driver and went under the van to have a look. I found a bunch of dry mud on the transfer case shifter rod so cleaned it off and it was good to go again. 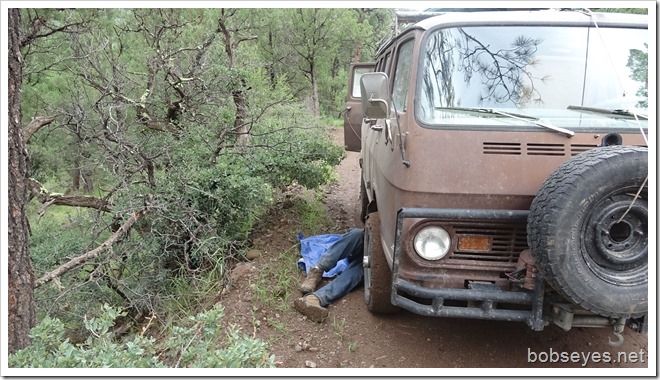 Once things were fixed and we were back on the road, we had to go a ways before we could find a place to pull over for that break we missed in this spot. I got a half hour nap to rest my eyes. 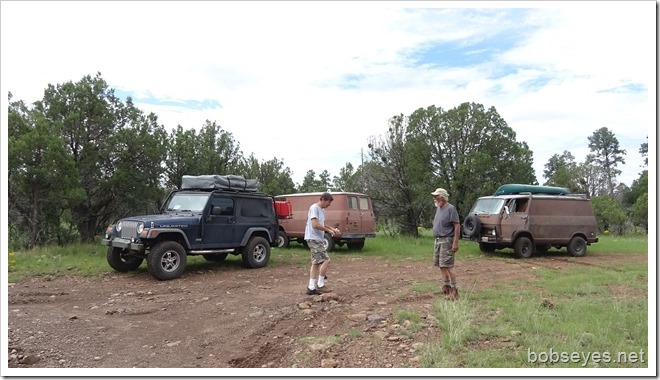 We passed some elk that I didn’t get a picture of and also some deer. 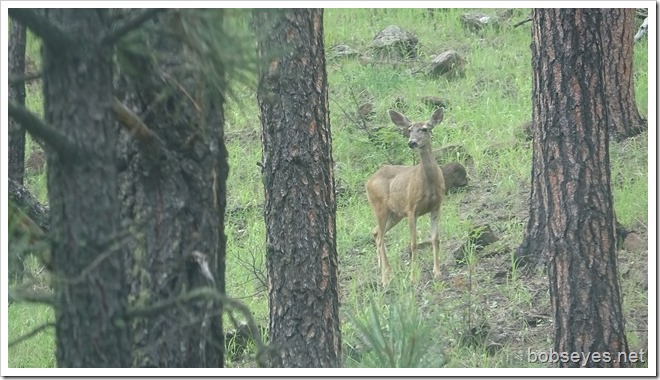 And we crossed the Divide several times today. 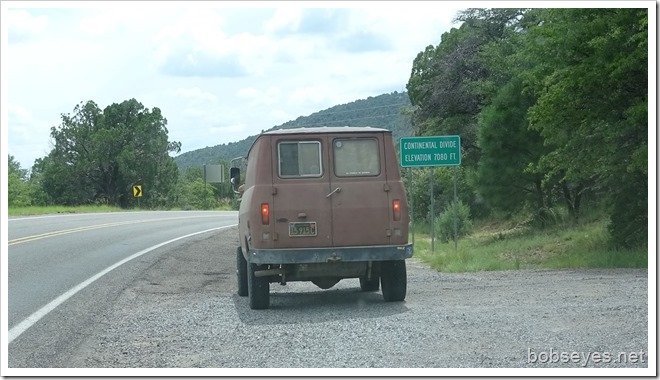 Rocky but not muddy

This road was a bit rough and rocky, but not muddy. 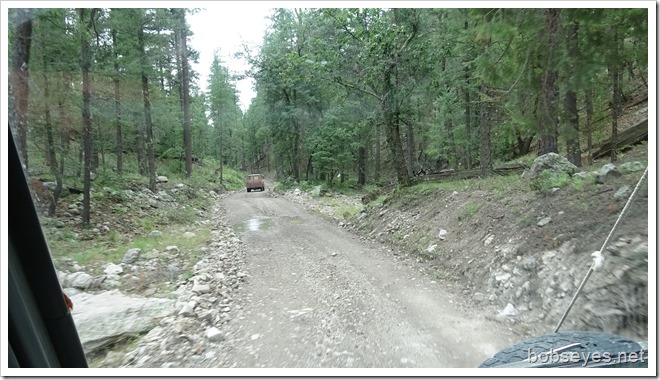 I ate some dust too, but didn’t mind that over the mud. 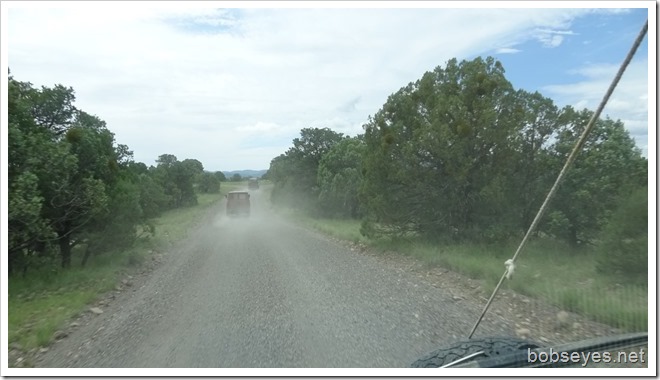 Just after 3 PM we entered the small town of Silver City where the guys are staying in a motel and I’m staying in my van in the Motel’s parking lot for the night.

Heading into Silver City for the night. 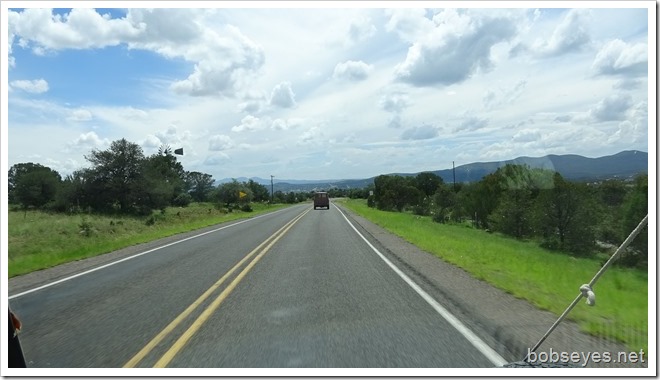 Silver City sets us up for our run to the Mexican border tomorrow to conclude this part of the trip. I think the plan is to drive the last leg to the border and then turn around and head back to the Silver City area. Dennis and Cheryl our leaders will leave us after we make it to the border and we will part company for our return home trip. I will likely travel with Marty and Patti most of the way home.

So tomorrow Day 20 should wrap things up. Stay tuned.

We’ve finally dropped down in altitude a couple thousand feet today, so hopefully my head should continue to improve for the final leg.