It was still cool when I went out to work on my van’s motorcycle carrier around noon, but I stuck it out as it was supposed to start raining later today.

I brought my brother Mike’s bike over to the work area to get some measurements of the undercarriage. 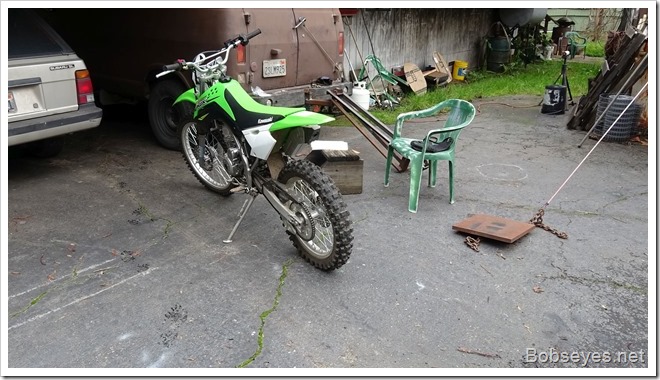 I need to make a mount bracket to go under the bike in this area. 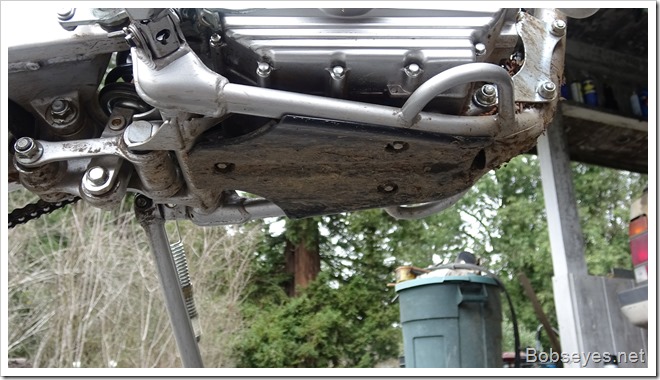 I thought about it and looked to see what I had for metal and came up with an idea that should work.

I welded up this square of angle iron that will be the main part of the bracket. 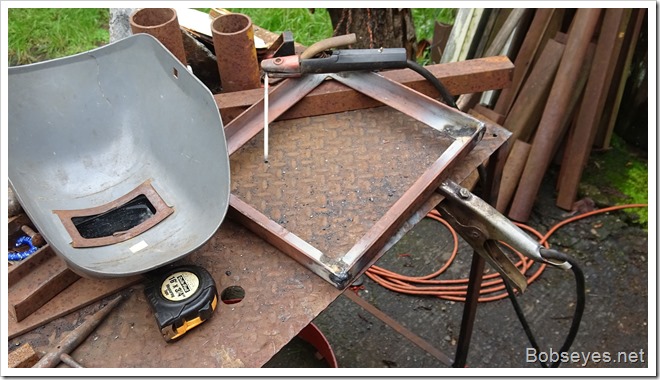 The mount bracket goes like this.  It also will provide a ramp to get the front tire in. 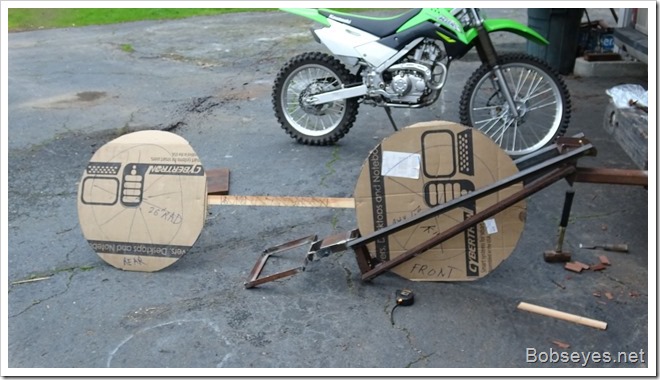 The front wheel is falling too far into the levers so I’ll put some metal pieces in there to hold the wheel higher so it doesn’t fall in so far. 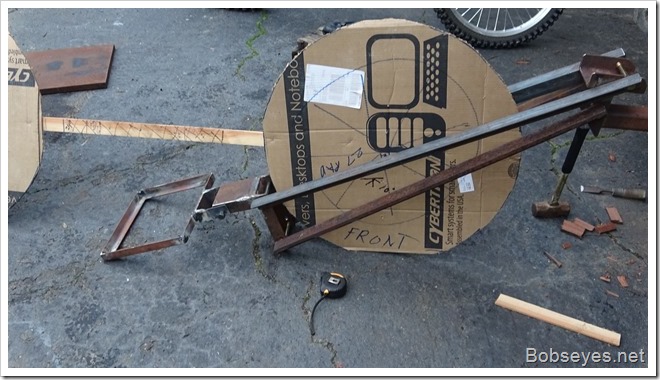 On this bike I found the front tire is wider than the rim so is well protected so messing up the rim is not a worry. However the disc brake would hit if I didn’t’ put some spacers in to hold the wheel up higher.

The mount bracket looks about right. It still needs some more metal cross pieces in the middle to bolt the bike down to and some holes drilled in it for straps which I should of drilled before welding it as it would have been easier. 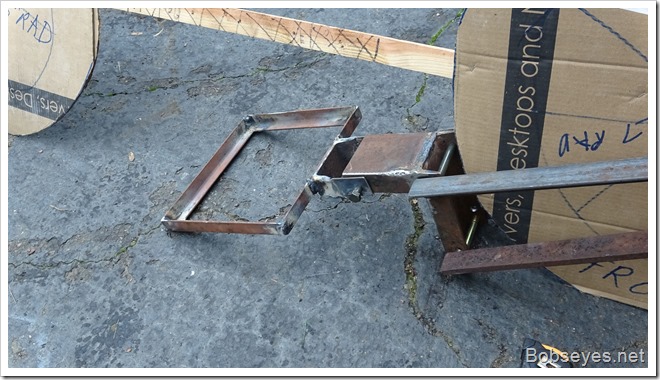 I had put the motorcycle next to the carrier just to see before starting on the mounts bolt down cross pieces. Looks like it will work. 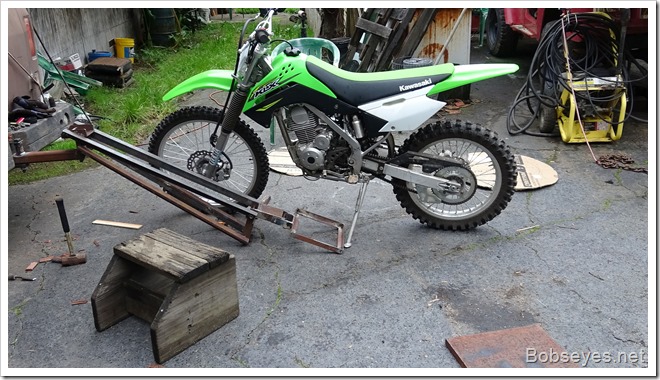 As I was working on making the cross pieces of the mount, I heard the rain drops start on the garage roof, so I had to stop and hurried to pick up my stuff to keep from getting it all wet.

With the rain starting I put the bike away. I thought it might just be a shower so I waited a bit, but it continued to rain so I gave up for the rest of the day. I only had an hour left of daylight to work anyway.

The carrier is coming together nicely and seems like it should work out.