Kicked in the butt by my cold

Yesterday I went to the shopping area about a half hour drive to Santa Rosa to get some supplies.

I was feeling poorly and my reading glasses were hurting my eyes when I wore them.

Good thing I had a list that I could check off as I found things or I likely wouldn’t have gotten most of it as my mind was out of it as the cold I had seemed to be kicking in again.

I made it home and unloaded the van in a daze not feeling very well. My head was feeling all stopped up and I felt so tired out I just couldn’t function well.

So I went o bed real early around 8 and that was my day.

Today I wasn’t feeling much better when I got up so I took my time and sat around until I felt well enough to do some things.

Water for the coop

I cut the 4×4 for a new water faucet for my chicken coop area once I rounded up enough tools for the job. 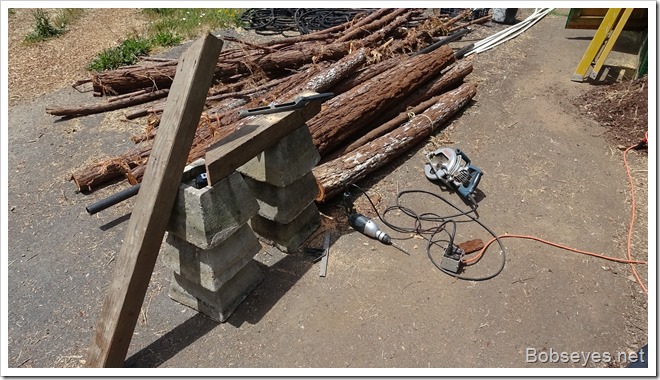 It took a long time and some breaks and a nap but I finally got the water hooked up. 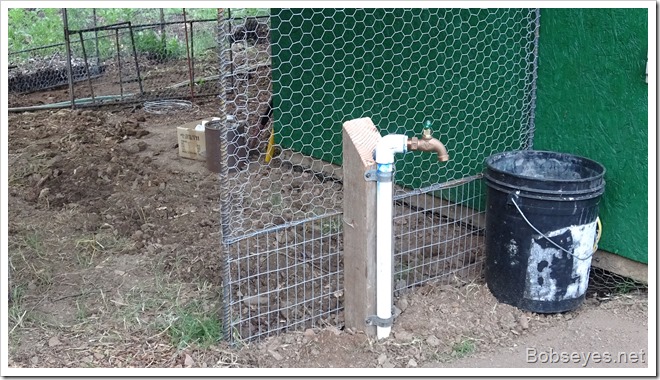 That pretty much did me in

That was it for me today as far as real work goes. I did do a little bit of digging in the garden.

While I was sitting there taking a break this robin flies in and starts collecting worms. It would find one and  peck it until it was dead and put them in a pile. 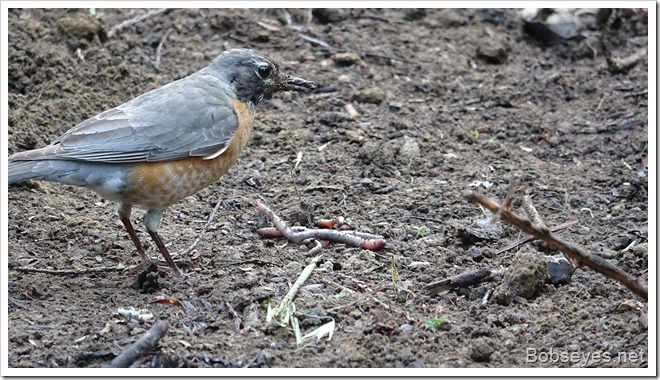 It took a while for it to get them all in it’s beak. 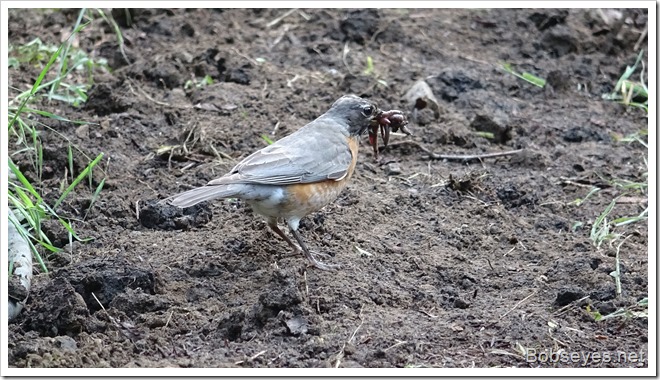 Just as it got them all in there, it spied a potato bug so dropped them all and went after it and got it.

It had to peck the potato bug to kill it then it started trying to get all the worms back in it’s beak. I think it did get them all and then flew away to it’s nest I think as there was way too much food for just it to eat.

Here it is with the potato bug and worms in it’s beak ready to fly to the nest. 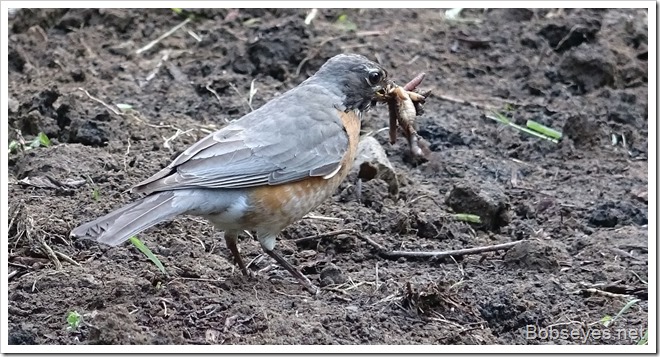 I just sat around and chair hopped for the rest of the day and that was it for me.