Rainy day out there

When I went out to feed the chickens this morning I was surprised it was raining. Not hard but a cold drizzle mostly.

I went back in the house and had a nap to think about what to do today as it looked like it was going to be in inside day.

Well, I thought I might go into one of my shops and see about cleaning up a bit, at least my workbench which looks like this. Not really too unorganized in my mind but a bit of tidying up might not hurt. 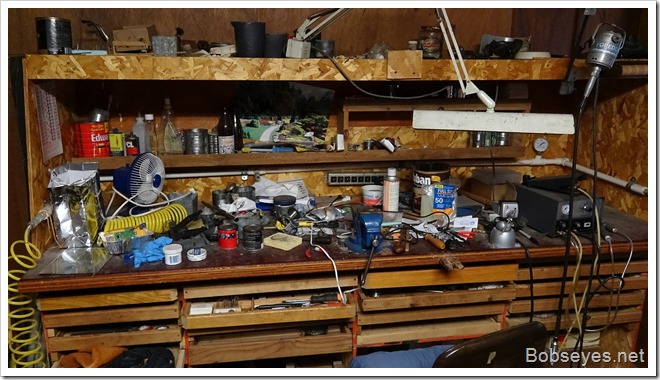 However before getting started on that I spied a box of some of my stuff I made about 25 years ago. Since I live near the ocean my objects were mostly from the ocean. They are metal castings I made using the lost wax process. 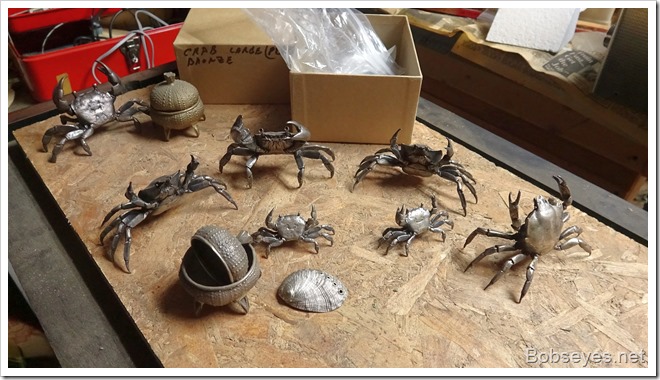 I first started casting in bronze. Here’s a shore crab and a dish I made from sea urchins in bronze. 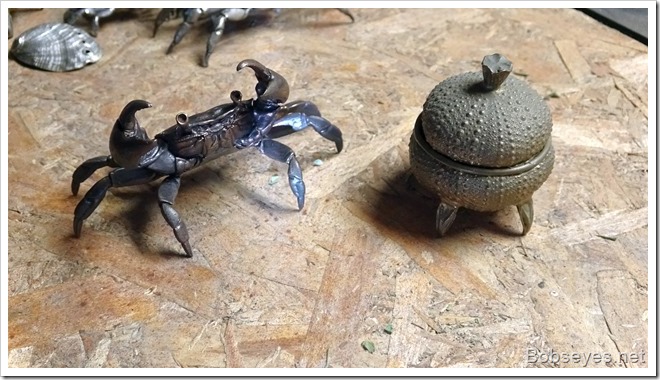 Here’s a closer look at the land crab in bronze. These things are solid metal. 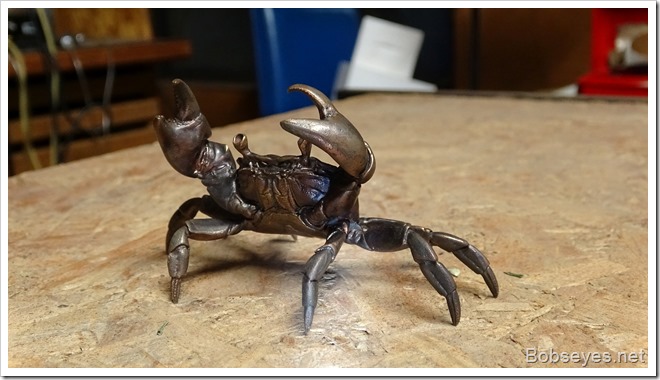 But after working with the bronze a bit and realizing just how much work these things took to put together, I decided to switch to silver as the selling price would be better.  The silver metal is much more expensive and softer than the bronze so is easier to work. 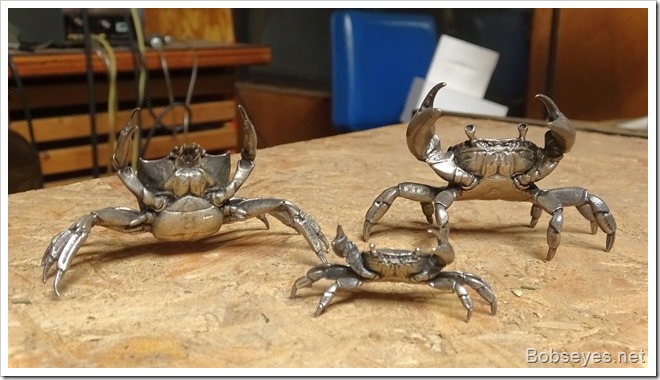 Here’s a close view of a silver land crab. 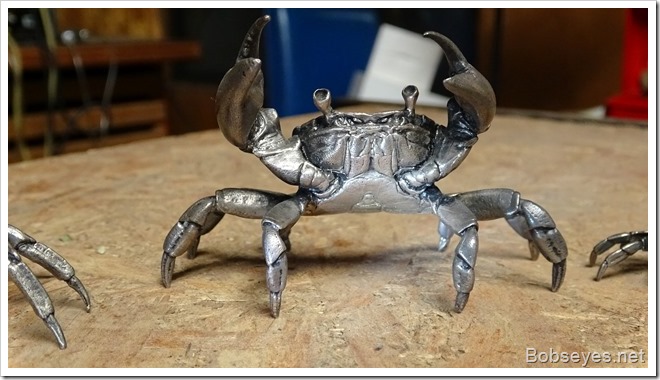 And here’s a silver sea urchin dish. The top handle and the feet are made from sea urchin teeth. 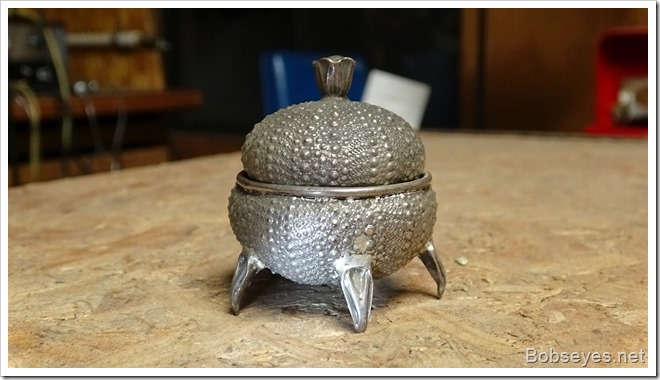 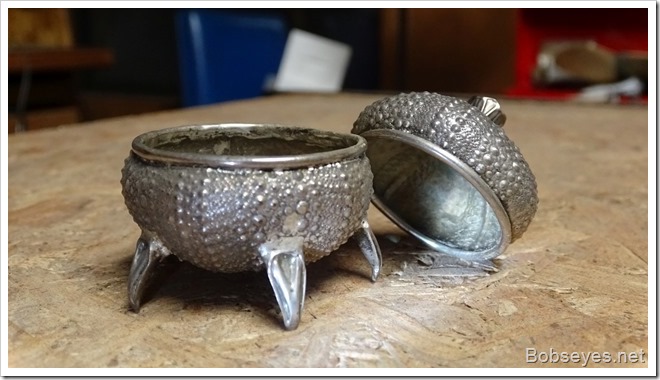 I never sold any of the dishes as people wouldn’t pay the price. So I rather enjoyed giving them to a few special people I know. Fact is I enjoyed giving then away more than I did selling them, or trying to sell them.

Silver has gone up

When I made these items silver was about 6 dollars an once and now it’s more like about 26 dollars. The big crab are about 5.6 ounces, so.

If I sold them now I’d have to about double the price. I may put them back on the market someday, but who knows. :O)

The rest of the day

Well after checking out my old stuff and getting pictures, the workbench didn’t get tidied up. I just puttered around the house the rest of the day watching some YouTube. I was  mostly watching how to make crackers. The bad part about that is I’m doing a water fast right now and watching them make crackers doesn’t help when you’re not supposed to eat.

It was still drizzling when I went out to close up the chickens just after dark. They don’t like these types of days and only gave me 3 eggs today which was enough since I’m on a fast.

Anyway mostly had a restful day puttering around the house.

1 Response to Cold Drizzle and My Old Silver Castings