Yesterday I left the town of Jarbidge headed to Twin Falls Idaho. I went by these big rocks on the way out of town. A local guy I met says there are Indian petro graphs on some rocks on the other side of the rock with the hole in it. I drove on by as I had no time to check it out. 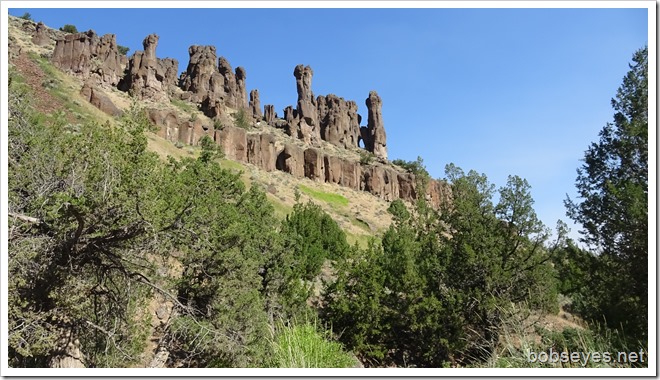 At Twin Falls I checked Email to see what Marty wanted to do. He said come on up, so I headed for Idaho where they were at an Indian Casino.

It was a hot day as I traveled up the freeway, over 90 degrees F. My van’s heat gage was climbing a bit higher than I thought it should so I figured I didn’t get all the seeds out of the radiator as I thought.

Getting some more grass seeds out

I stopped at Mountain Home in Idaho at a Wal-Mart to get some stuff and see if I could get some more grass seeds out of the radiator. 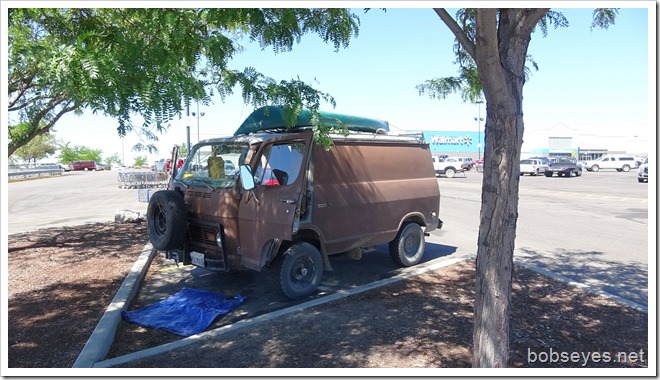 I was able to get quite a few more grass seeds out of the radiator.

Ice cream does me in

I had the urge for some ice cream with the temperature as hot as it was so I got  the one I thought was safe for me and enjoyed it, but that is the last time as I got a bad corn hit from it later. No more ice cream for me unless I make it myself. 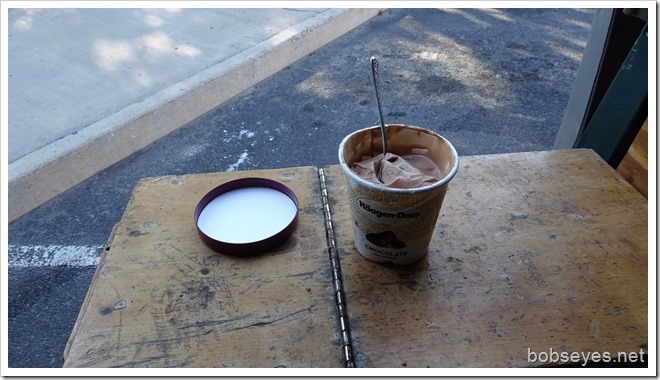 One more time on the grass seeds

I got back on the road and the heat gage temp was a bit improved, but I thought I might get some more grass seeds out, so I stopped at this rest stop and cleaned out would I could again. I really need a big air compressor to shoot the seeds out. 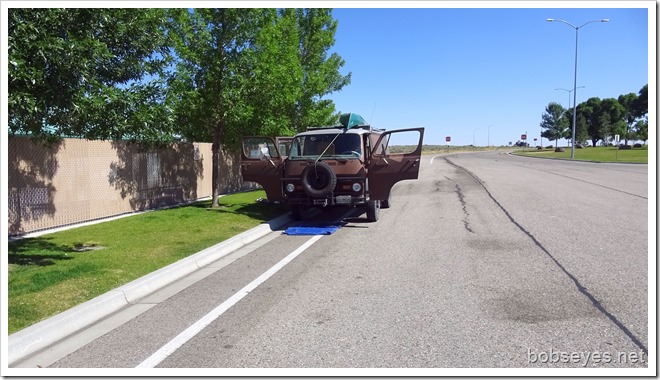 Once I got back on the road I felt the gage temp was as good as it was going to get on  a hot day like today, so I continued on North.

I stopped along the way just long enough to have some melon for dinner. 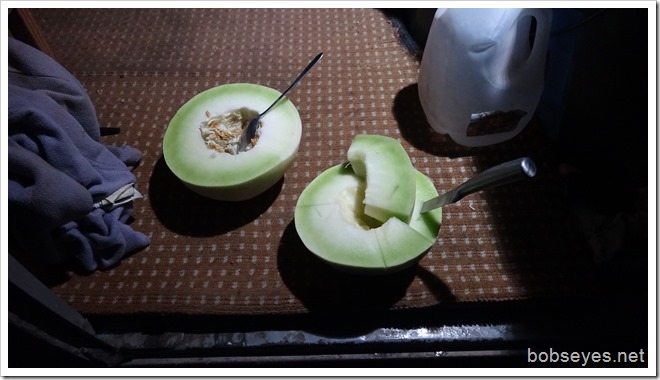 At La Grande Oregon, I phoned Marty to find out just exactly where he was which was a bit different than I thought, so I changed direction again just a little and headed to Lewiston Idaho and up highway 93. 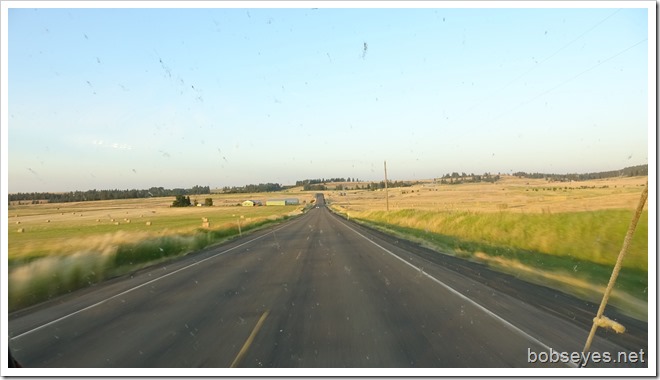 Had to camp for the night.

I was going to drive on and try to make it to where Marty was that night, but I didn’t make it and found a camp spot near the Oregon Idaho border and spent the night.

The next morning I was back on the road. There was quite a bit of construction on Highway 93. 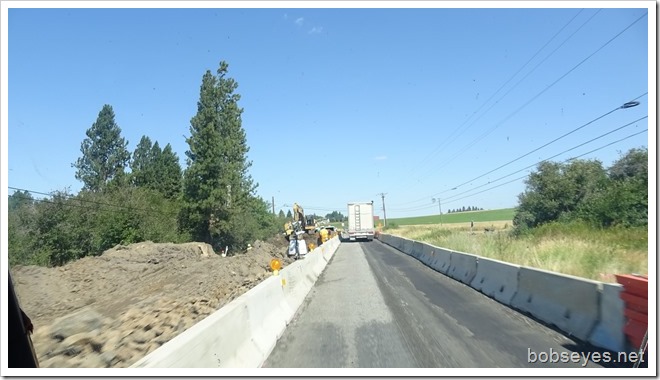 When I got to the Coeur d’Alene Idaho casino I found Marty’s old van in the parking lot and had to call him to find him and he eventually showed up.

So we sat down for a talk as I wanted to know all the facts of how and why his van wasn’t running right.

Air leak in the exhaust

After that I went under his van for an inspection and found his exhaust pipe really loose which would leak in air messing the O2 sensor up, so I had him fix that. 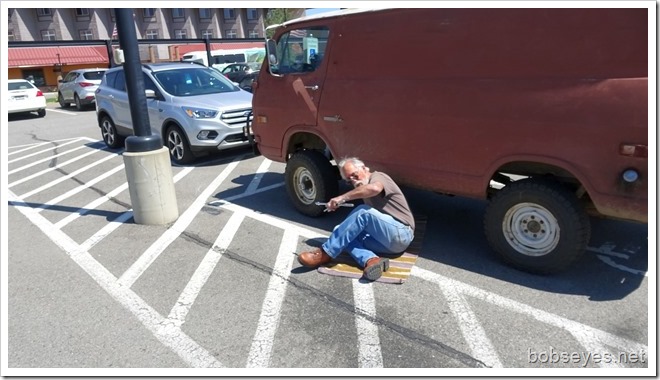 We started the van and the engine check light still came on showing a possible MAP sensor on the emissions control might be bad. I use the same one on my van so I got the one out of my van and we tried it on his van. The light went out, so we took it for a test drive to the parts house and Marty was real pleased as the engine was running with power now.

The test drive took us to a Napa Parts place where we ordered the part which will be in tomorrow morning.

So if that all works out tomorrow we will be back on schedule and headed for Eureka Montana to meet up with the other couple to start our Continental Divide trip.

If you want to see Marty’s view of things, he’s on my sidebar Blog Roll.

I think it was a productive day and hope everything will smooth out now.