Once I got it going today I went outside and fed and checked the chicken’s water then let them out into an outer  grazing pen.

I was sitting in the sun enjoying the morning when I saw a chicken fly up on the feed shed roof and cross over to another pen it wasn’t supposed to be in.

Here’s the chicken that crossed over to this pen where she wasn’t supposed to be. 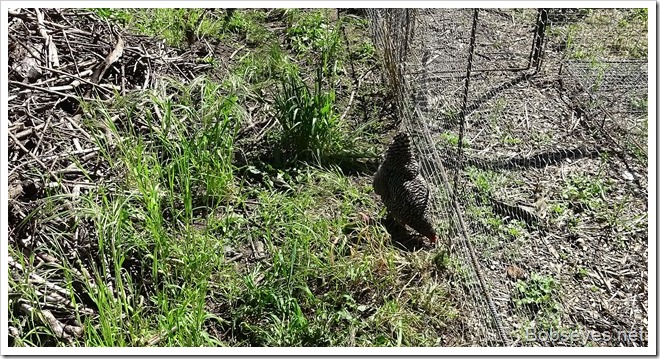 I got out some shears and was able to catch her. 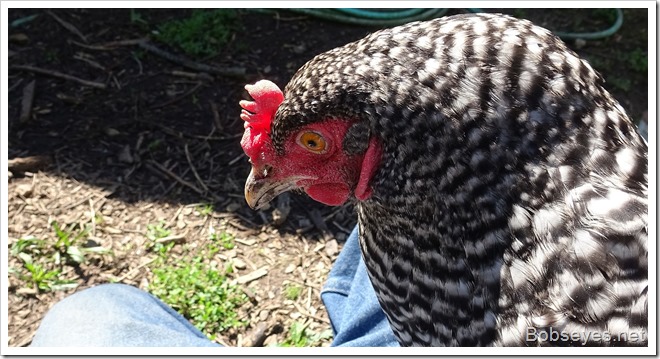 Only feathers get cut

Too busy to take pictures of the process, but I cut off about half of the tips of 5 or 6 feathers at each wing tip which is supposed to prevent them from doing much flying. The tips of the wings get clipped but not any of the chickens flesh gets cut so it’s a fairly simple painless process.

Once that was done I put her back in the right pen. I saw her try to make the roof again but she didn’t make it this time so I guess the wing clipping worked.

My next project was to load up the wheelbarrow with woodchips and haul them to the chicken roost areas to put under the roosts to mix with the dirt and help collect chicken poo from the roosts. The cherry trees are just starting to bloom. 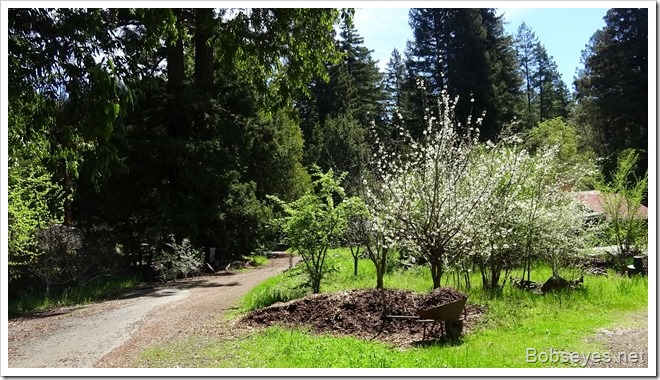 I dumped the woodchips here and let the chickens spread it out a bit. 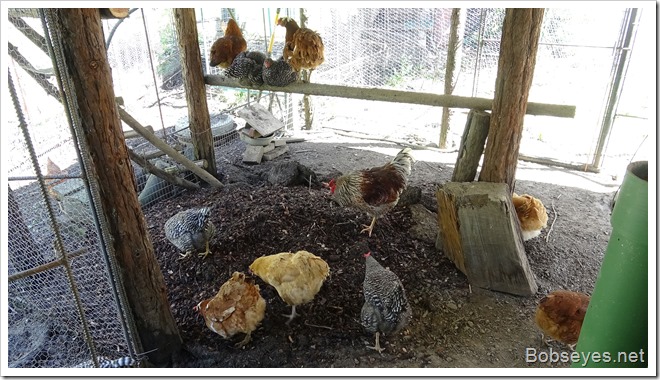 I also dumped more chips in this second roost area and let the chickens at it. 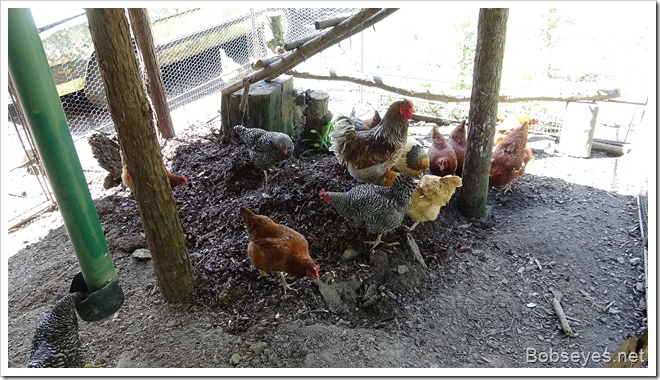 After a good break I decided to do some more work on the chickens nesting boxes. I needed to remove the big door I show here and replace it with a smaller perch.

At first the chickens didn’t know what to do with the new nesting boxes. I moved an egg into each box from the big box above and they all got the idea and started laying eggs in the new boxes. 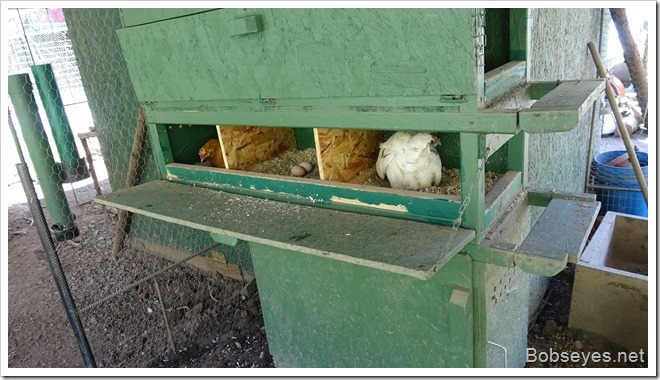 I cut the parts for the new smaller perch and screwed it together for mounting. 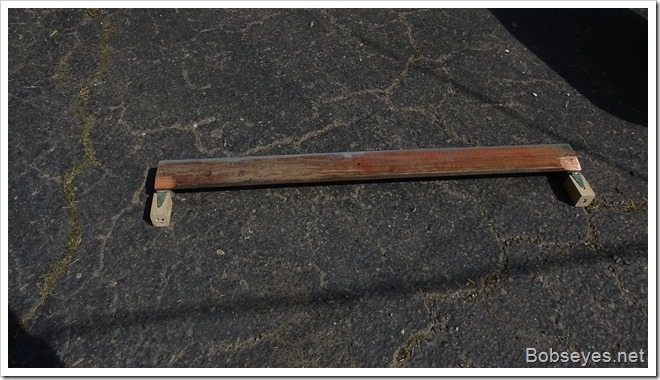 Here’s the new perch mounted and now I need to cut a board to plug the hole on the end. 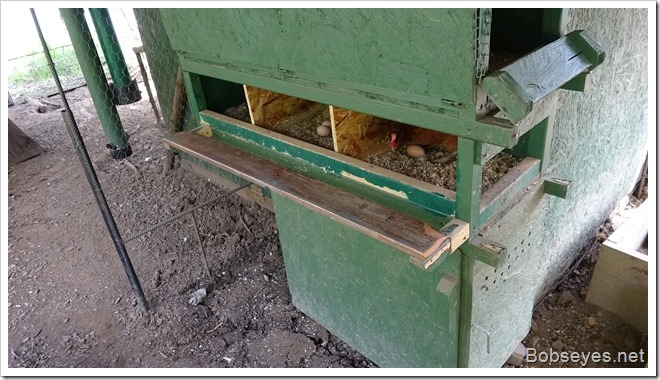 Chickens seem to approve of the new boxes

All done and you can see the chickens are using the new smaller boxes by late afternoon. 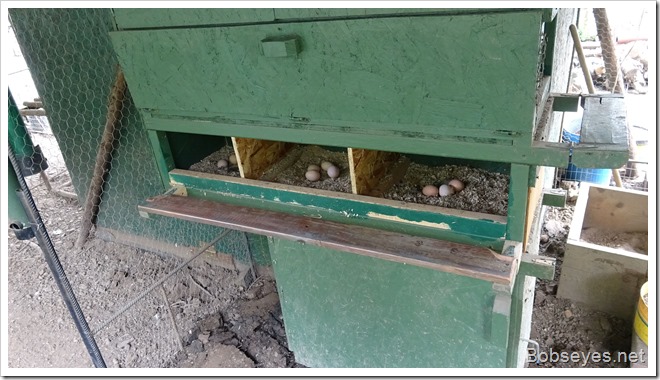 It was a nice sunny day so I did a lot of chair hopping sitting around and enjoying the day.