Clarkston and Lewiston a Shopping We Will Go

Dan and I needed to go shopping in Lewiston Idaho today to get some supplies to fix some stuff.

I hopped into Dan’s truck and we were  off on about a two hour ride to Lewiston.

We traveled along this road that goes along the Grand Rhone River to highway 3 to Lewiston. 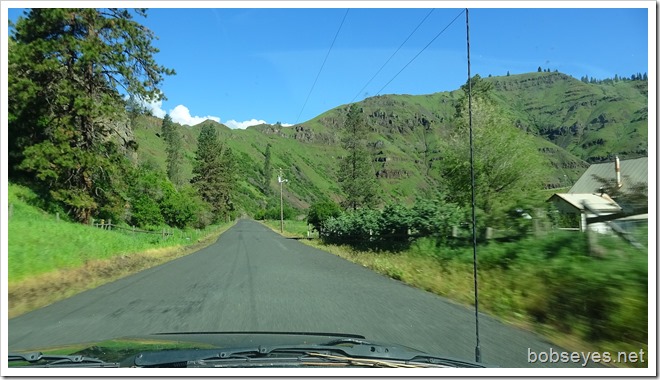 The road along the Grand Rhone River

It’s a rather scenic route, the road from Troy. 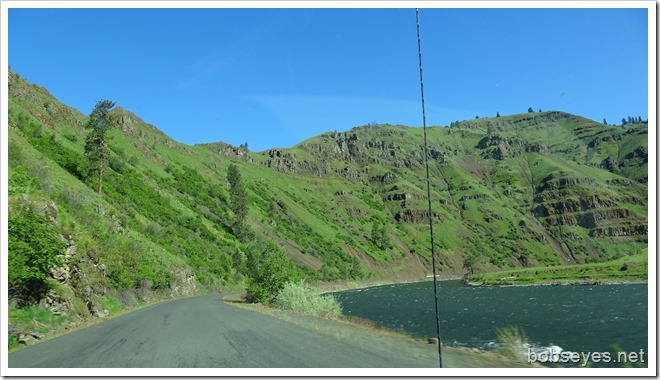 A break at the Snake River

After about an hour and a half of travel we came to the Snake River just outside of Lewiston were we stopped for a short break at a state park along the river. Can you see the birds on the gravel bar? 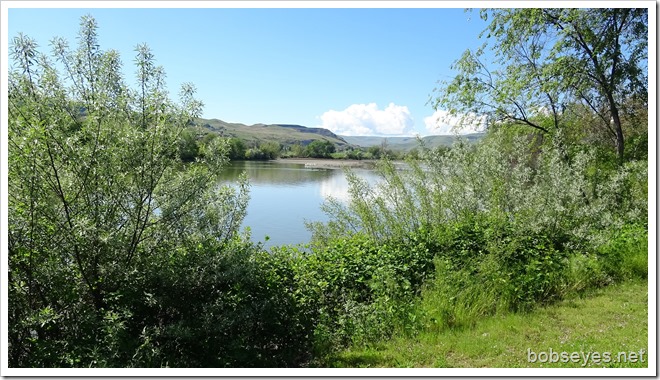 White pelicans hang in fresh water where the brown ones like salt water. 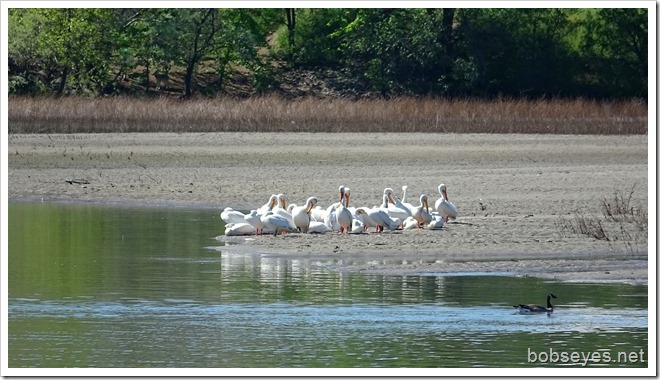 There were also some geese over there flouting down the river. 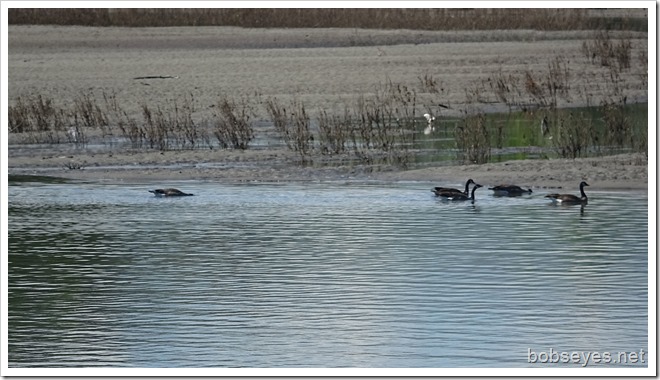 Shopped til we dropped

We shopped around Lewiston and Clarkston sometimes buying things and sometimes just looking around. I think we hit about ten stores before we headed on home.

This was the road we traveled about an hour from home, Troy. Nice clouds in this area. They grow a lot of grain in this area. 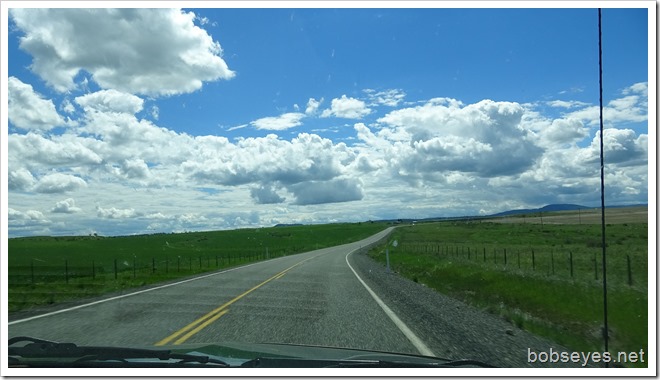 The drive to and back is enough to tire one out, plus all the big stores we walked around in, we were beat when we got back to the house.

About that time two guys pulled into the driveway which turned out to be two guys that helped the guy who lived here before Sue bought it last year. They did all the fixing and had knowledge about how things worked around here, so I picked their brains to find out all I could about the working of the place. One of the guys was nice enough go under the house and replace the air filters on the furnaces as he’d done that for the other guy that used to own this place.

It turned out that the filters were really dirty and someone had installed one wrong which let all the dirt past to the furnace intake screen plugging it up. I got a shop vac for the guy and he cleaned it all out. It wasn’t a very clean place to work as the rodents had been under the house a lot.

The guy did Sue a big favor

Sue was fortunate this guy came by as eventually her furnace would of plugged up and been very costly to fix way out here in the boonies.

I shot the bull with those two guys as they were putting tires on an old trailer they were taking back with them. They left just before dark and that was my day.

2 Responses to Clarkston and Lewiston a Shopping We Will Go