Christmas and a Nice Day Paddling Around Jenner Enjoying the Day

I spent Christmas at my brother Barry and his wife MaryJane’s house with family. We had a great dinner.

Here’s Dominique and my Aunt Doll. Dominique is a pastry chef and my Aunt is 96 years young with a sharp mind still. She’s the last of the older ones. 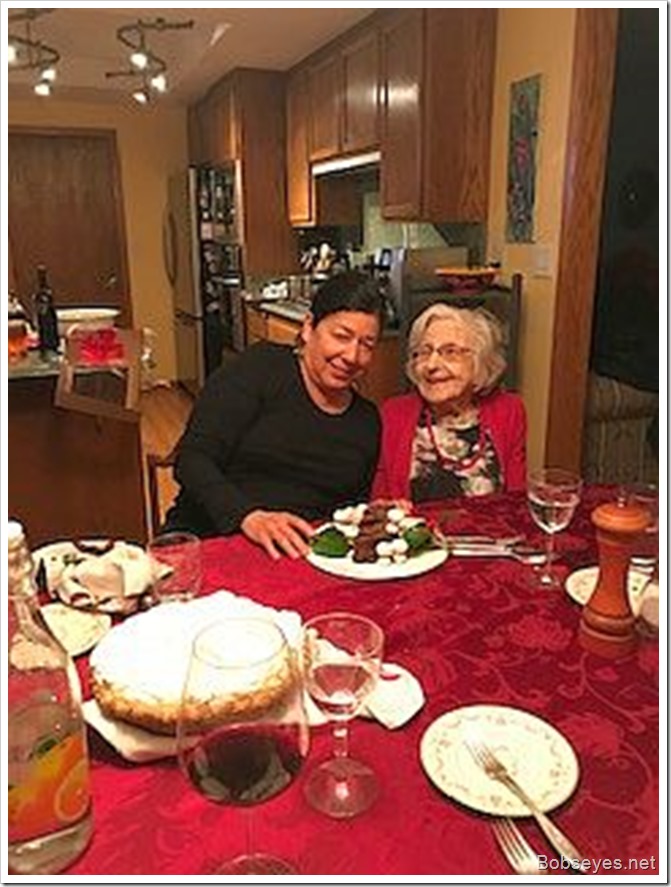 Today the weather was looking good so I headed on down to Jenner to kayak for the day. I put the boat in the water and paddled across to the island and down along it’s side headed to the river’s mouth to see what’s going on down there. 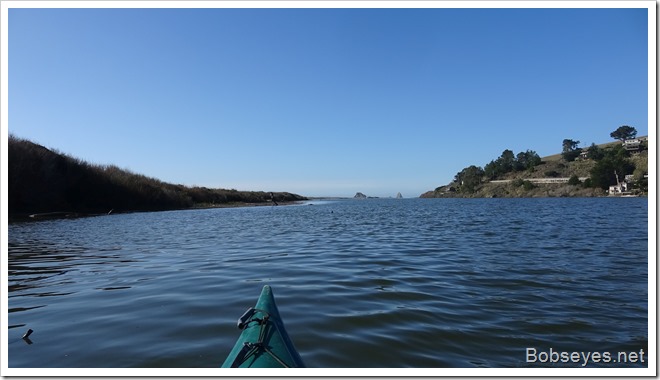 I stopped in this spot for a bit on the way down along the island’s side. 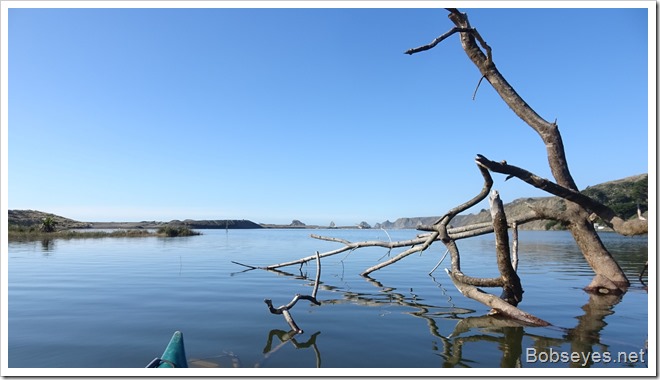 And then I moved to this spot which is on the lower end of the island looking towards the ocean. 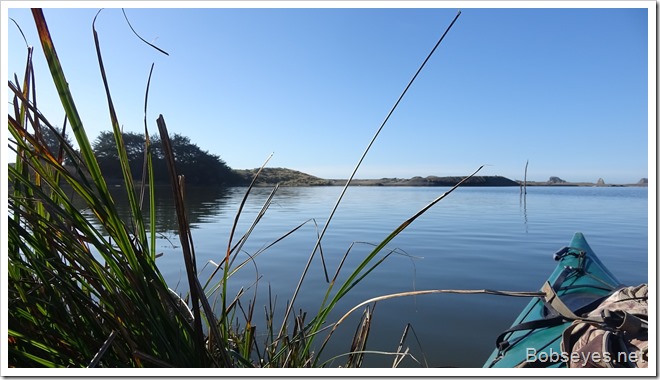 I shared the spot with this great blue heron. 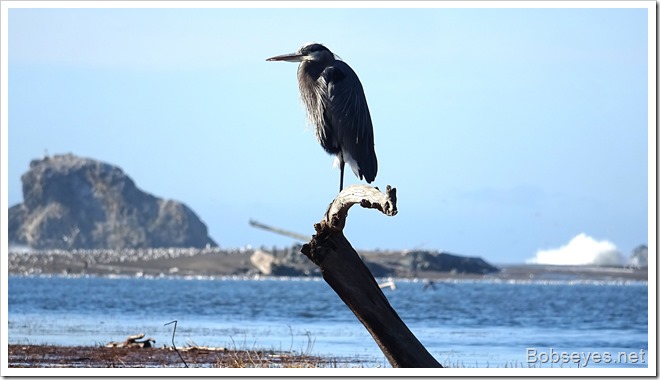 Eventually I started my paddle across the river towards the river’s mouth area just up ahead. 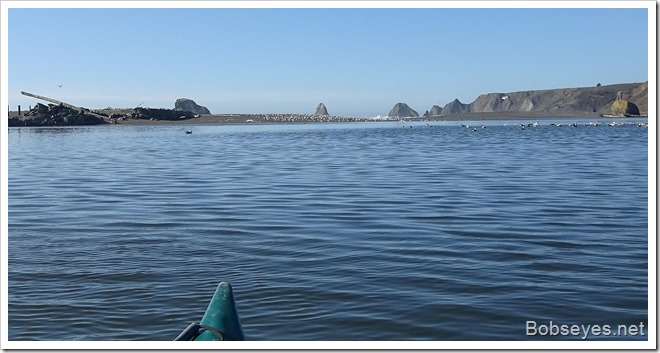 There were lots of birds in the area, mostly seagulls squawking away with the rough ocean making a lot of noise as the waves crashed ashore. 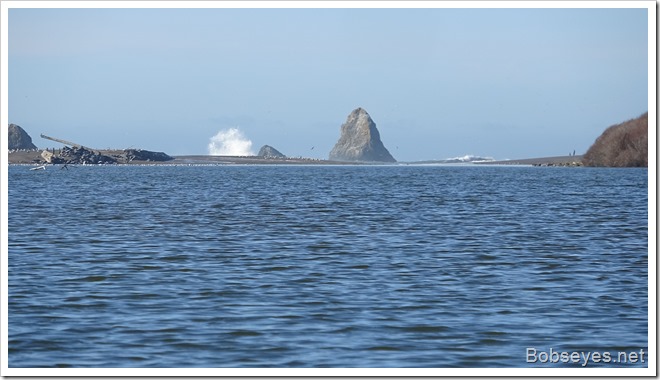 Here’s a few harbor seals which were resting on the sandy beach. 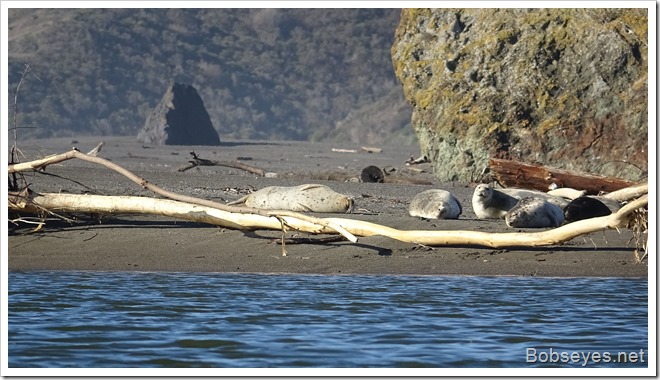 I sat in front of the open mouth watching and listening to the ocean’s waves as they crashed ashore and up and over the jetty. 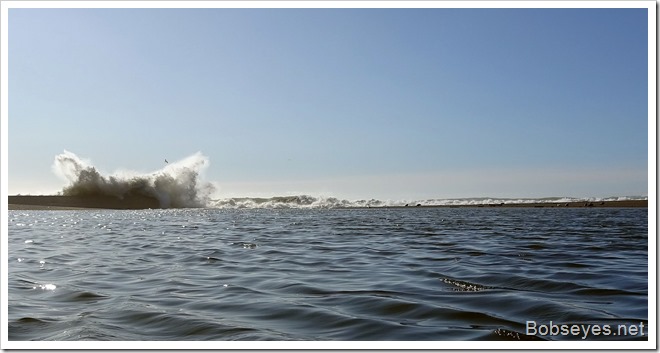 After about an hour down there I headed back over to Penny Island as the water was up high enough to paddle onto the island so I entered here. 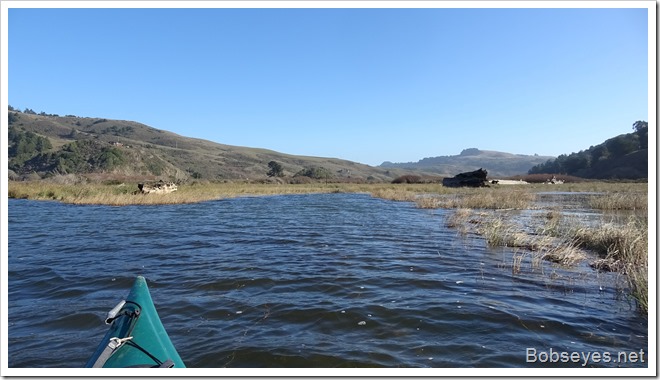 I made it as far as I usually go to this spot. I saw something just up ahead. 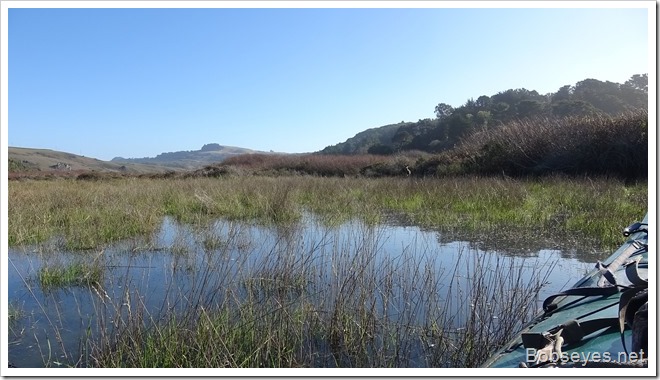 Which turned out to be a deer. It had it’s eyes on me and was watching intently, just in case. 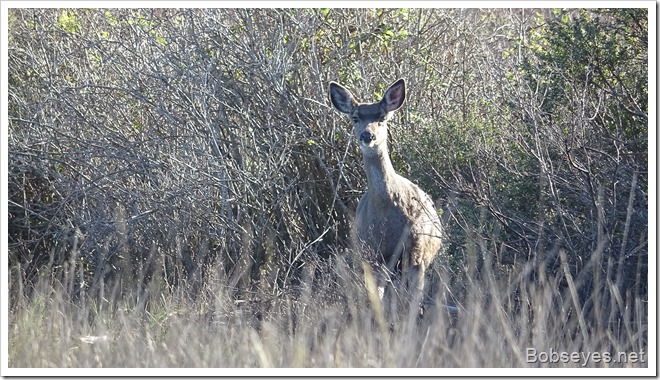 Here’s my view out from the flooded island. I sat here for quite a spell enjoying the day. 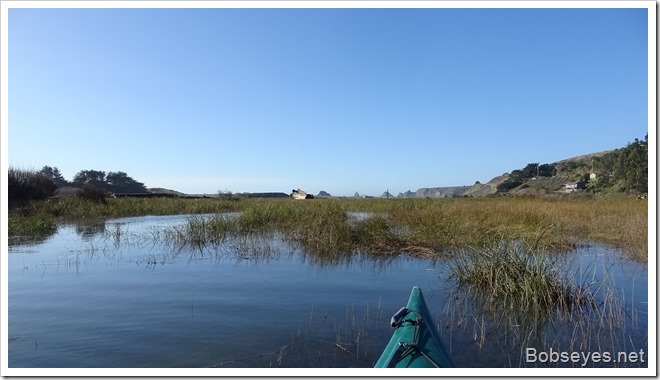 When I left that spot I paddled up along the island’s edge to it’s upper end here where I like to go in and sit in my boat in that little channel there which I did. 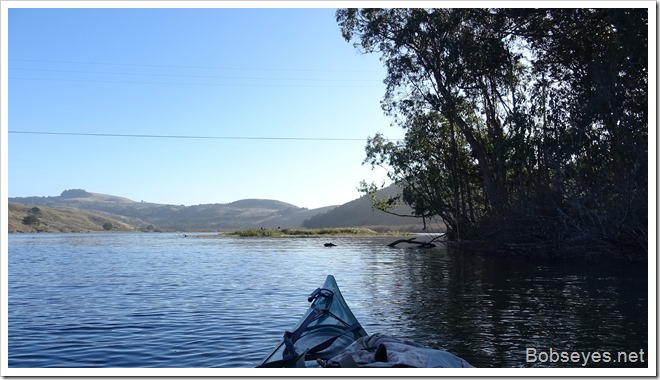 After hanging out there for a bit I headed on in for the day and went on home.

Ocean makes one want a nap

I was tired when I got home. Being by the ocean makes one sleepy so I had a nap and the day was almost over. I did go out and do some stuff for the chickens but my other plans for the day didn’t happen which was ok with me.