Today I needed to butcher a couple chickens for my dinner table so first thing I did was pick two and put them in a holding cage until I was ready to do it. It’s getting harder every time to pick chickens for this task. I had one of my noisier chickens in hand. But it was also the first momma chicken to rise some chicks so at the last moment I let her go for this time and picked up another one.

After that I got my shovel out and dug up this plot to plant stuff and then I put the water on it. I’d put the chicken stuff from butchering in there and covered it up. It’s fenced to keep the chickens out. 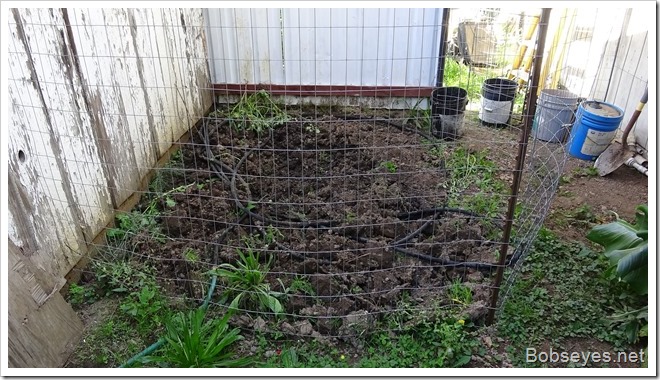 The deed is done

That job doesn’t take too long and it was done, until  next time. :O)

I spent some time planting some seed in the garden. Some squash and pole beans and cucumbers which will be a second planting so I get them for a longer time.

My chickens have been out feeding all day. When they came in for the night I let them into my Grandpa’s feeder. It’s’ supposed to feed four birds but they proved that claim wrong. Interesting the rooster waited until last to feed once those pesky hens moved out. 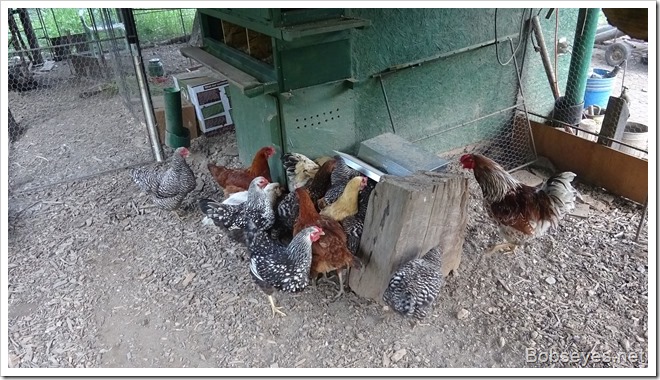 It’s just about bed time for the chicks. Here’s the nursery area with four sitting hens in boxes. I thought maybe today the  first ones might start hatching but I haven’t heard any new little peeping sounds yet. One thing peeps do often is peep. Lil Red looks on and is about ready to go in there and settle down for the night with the rest of the little chicks. 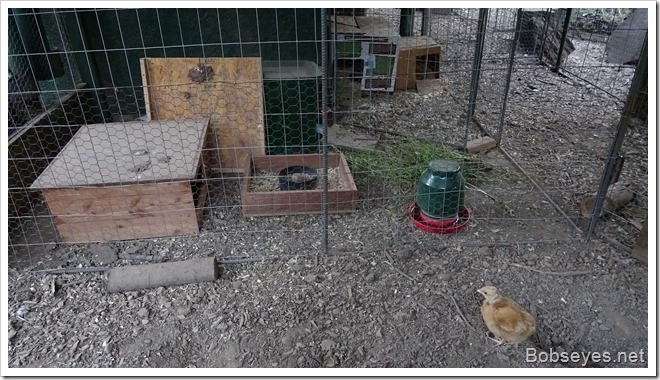 That was it for another pretty good day.