Chilly Start With a Flat Finish Paddling Around Jenner Today

A chill blows off the ocean today

I put my boat in the water at Jenner this morning around 11AM. It was sunny, but the wind was up a little blowing a chill off the ocean.

So I paddled across the river to Penny Island and sat in the little channel on the upper end where the wind doesn’t blow. 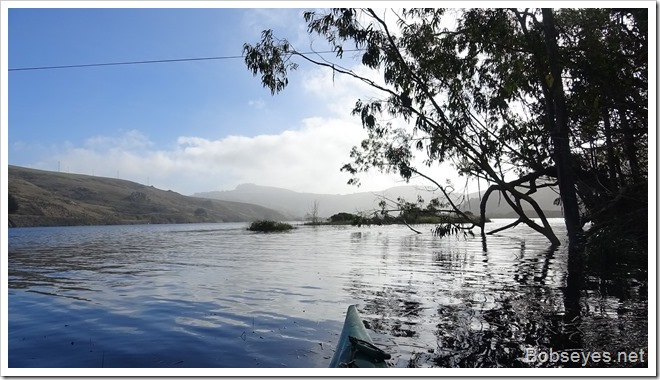 Out of the wind

I was out of the chill so I just sat here and watched and napped a bit too. 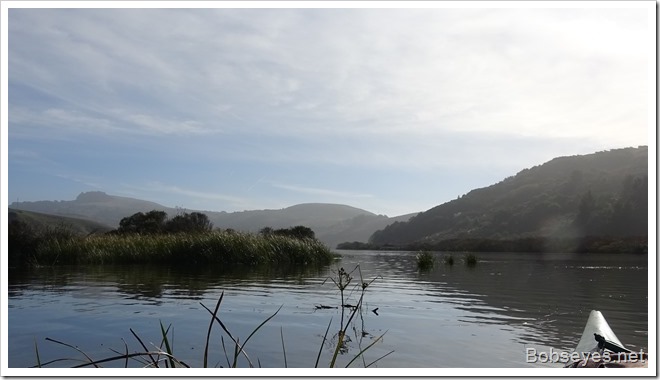 These coots swim by feeding on dead vegetation in the water. 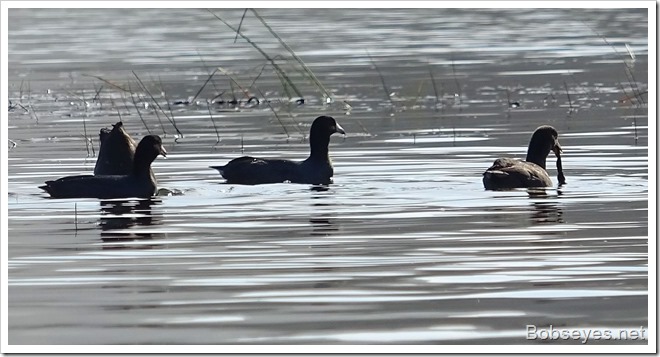 Hey the winds down

About 45 minutes later the wind died down, so I headed on up the river along the south edge taking my time. 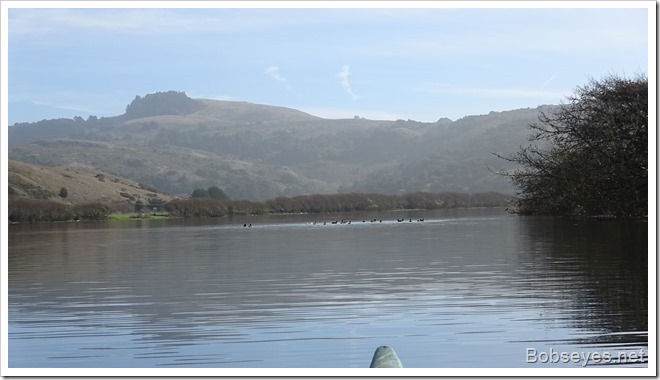 Like I said the wind died down so the water was flat as I paddled along here. 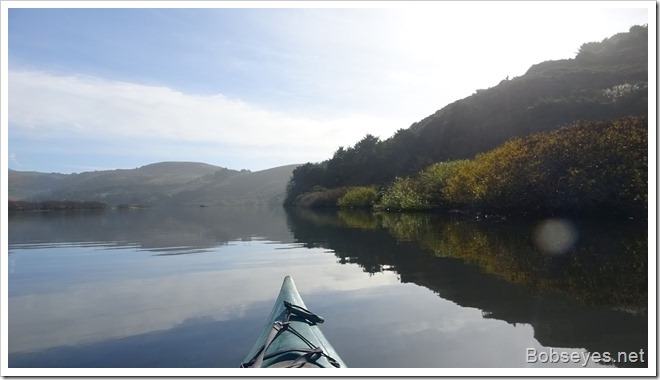 Made it up to Muskrat

I made it up to the muskrat nest area and sat here for a spell. 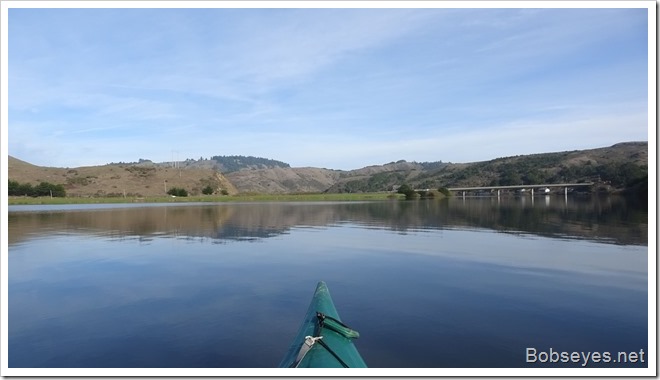 After a bit I headed back down the river along here. 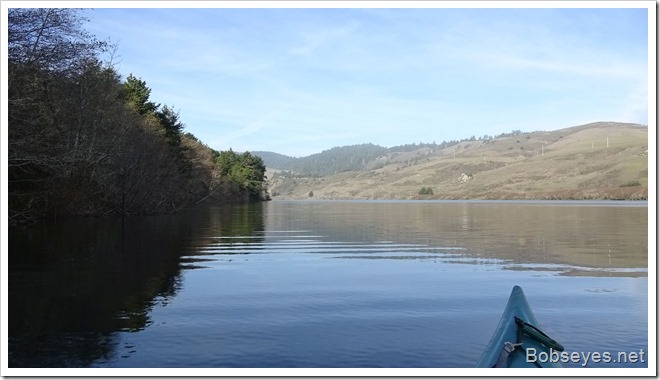 A slight breeze came up, but just a breeze. 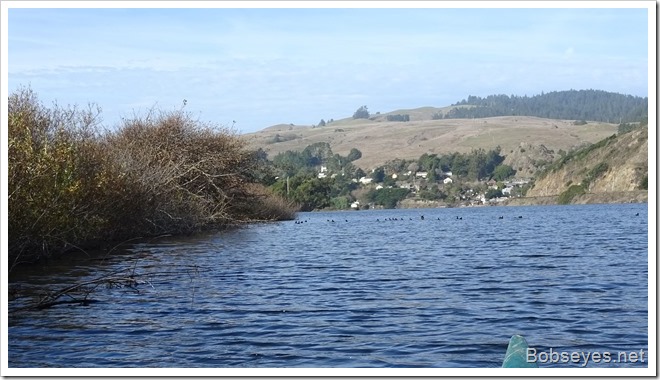 I pulled into this spot with Penny Island in front of me and Jenner on the other  side of the island. 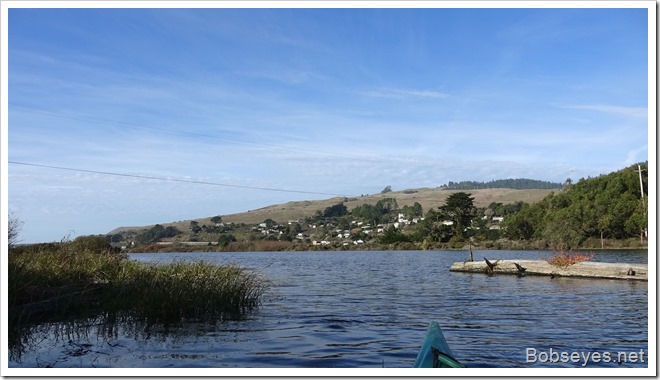 I was taking these photos when I heard a hawk squawk just over that big tree, so I took a better look at the tree top. 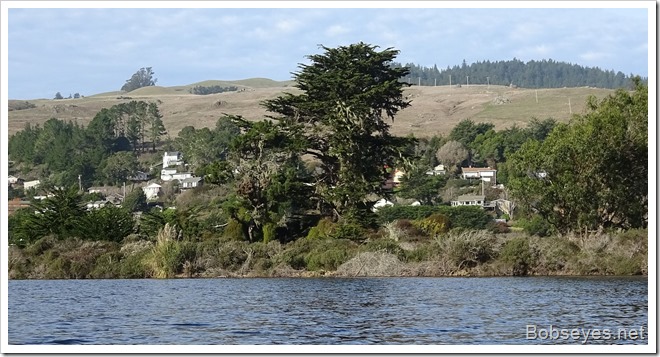 That’s what the hawk was squawking about, it’s rival the eagle. 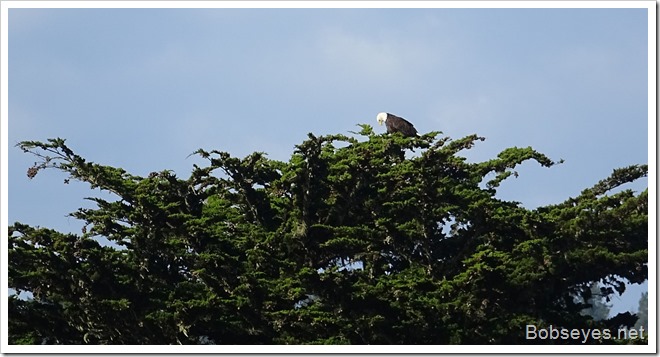 Eventually I paddled down along the north side of the island on my way in.

I stopped here to check out the river’s mouth which I can see down there by the rocks. 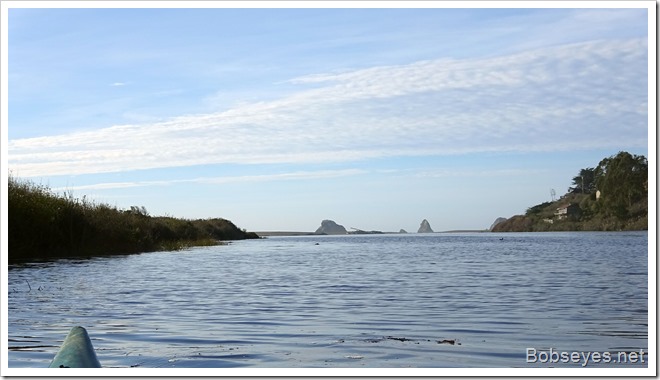 I could see the river’s mouth was closed with a lot of birds sitting on the sand and the ocean was a bit rough. 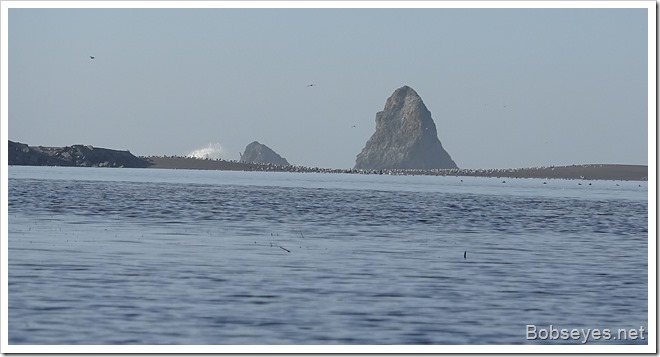 I turned and headed on over towards the boat ramp up ahead. 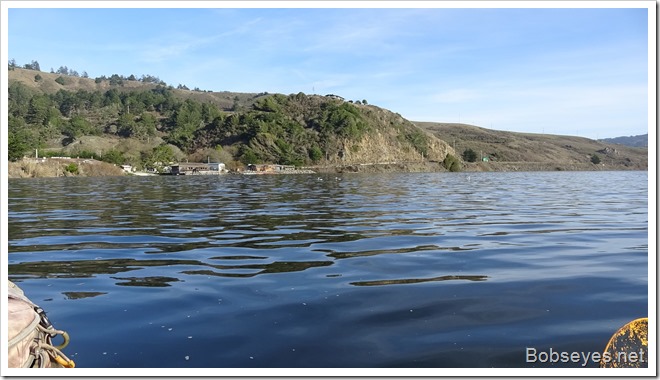 I went by this scrub jay which was watching me pass by. 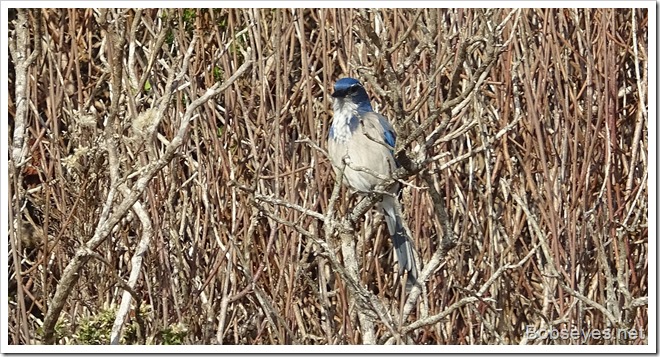 I took my boat out and went on home for the day where the sun was already behind the mountain so that was it for me today other than getting some firewood in for the night.