Chickens Will Eat Anything, But Rats Won’t

I eat the crab meat and give the shells to the chickens and they consume all the crab shells I feed them. They gobble those shells up like they are a delicacy. They have the system to eat them, but I don’t. I think it has something to do with making eggs as the crab shells are made of similar stuff. If I throw a whole egg on the ground they eat the shell first.

Anyway, it’s a good way to get rid of those smelly shells. 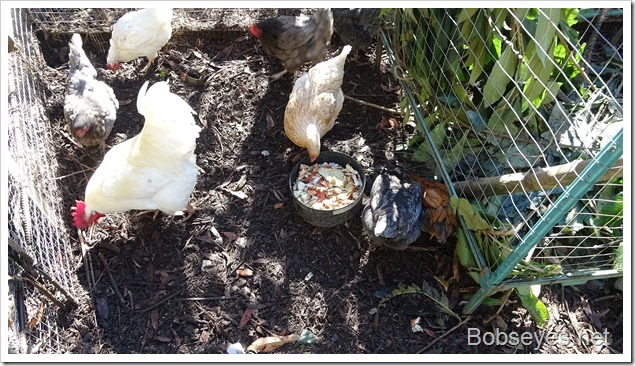 Now the rats seem to be a bit fussier. They are eating the crushed cube bait mixed in with a bit of flour and have been doing so for several weeks now. I think, maybe a couple of them have died from eating the green stuff, but there’s still a bunch of them feeding here every night. 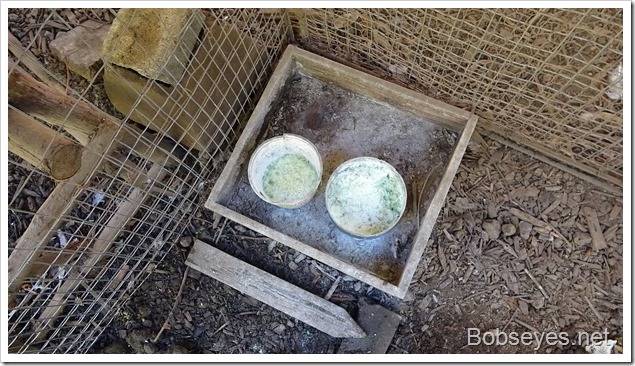 The cube bait has been under this cut off bucket for the same period of time and the rats haven’t touched it. A couple of mice ate a tiny bit of it, but that’s all.

Today, I put the bait out in the open in the bucket to see if they might take the bait. I’m thinking they might be leery of the bait in closed up stuff, as it’s more like a trap, although the rats and the mice where going in and out of the bucket before I put the bait cubes in it. 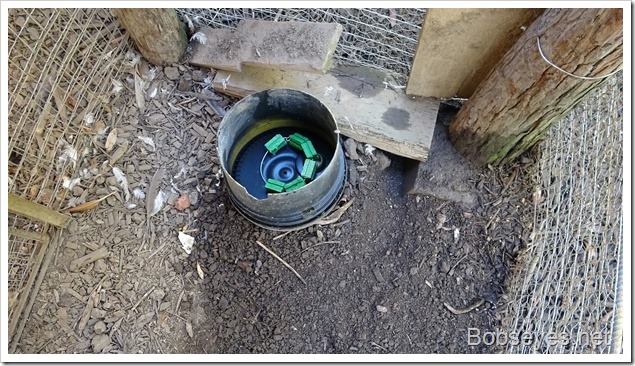 We’ll see if there is any change in their habits with this change? I’m watching them with a cam hooked to my computer that records any motion.

I got out some epoxy and glued the broken car bracket together and am now letting it set up. I’ll put another coat of epoxy on it to beef it up hoping it will then be strong enough to not to break again. 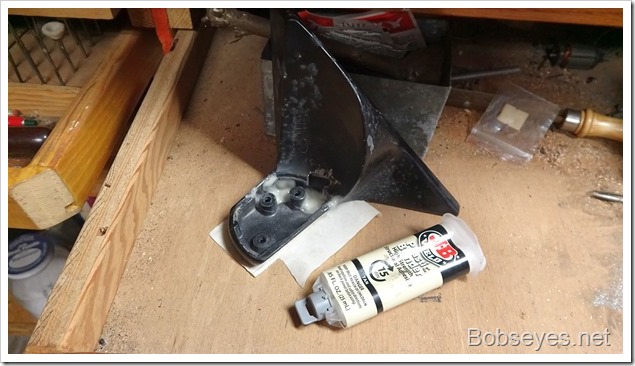 There’s plenty of room to build up the epoxy to make it stronger. 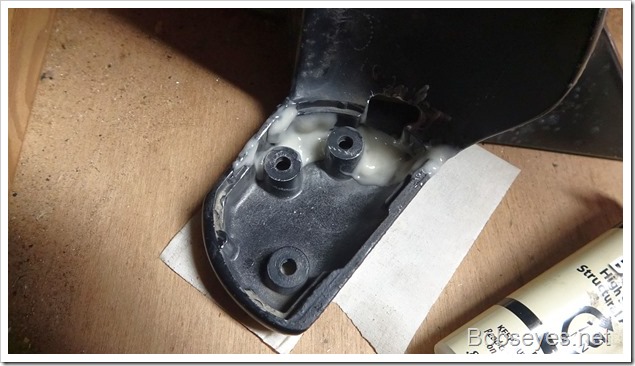 I ordered up some new wheel lug nuts to replace the ones I lost when my spare tire fell off on the trip. They fit so now I need to do some modifications on the mount to make it better, but not today. 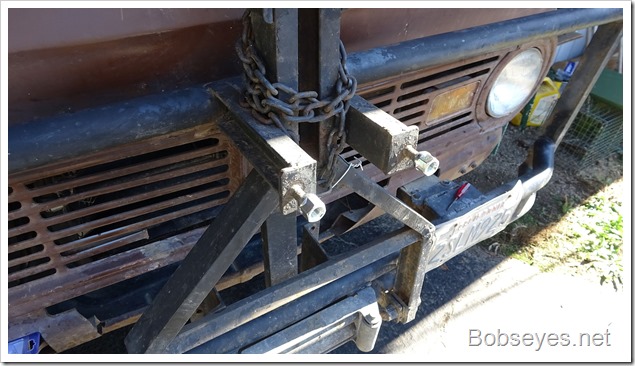 I checked the quad runner battery again today to see if it held it’s charge overnight and it did. 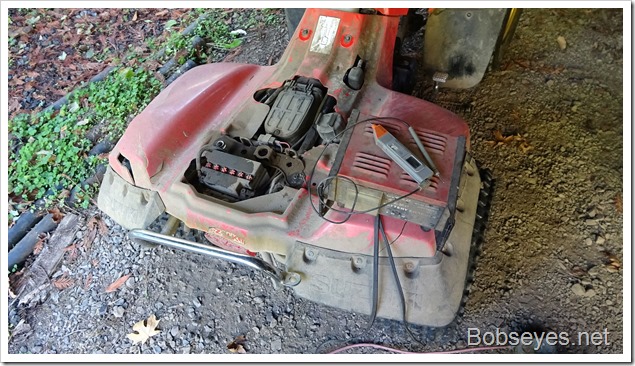 I got my Pulaski that I put the new handle on and rode on up to this spot and stopped to check out an old spring. 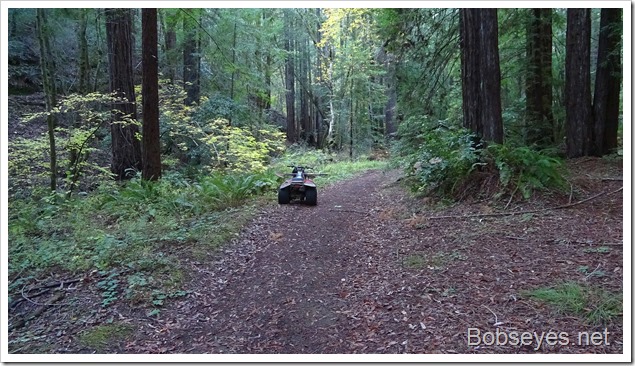 I’m thinking of tapping that spring but first I need to figure out exactly where it’s coming out of the ground. I’ll have to watch it to see if I can figure that out over the winter. 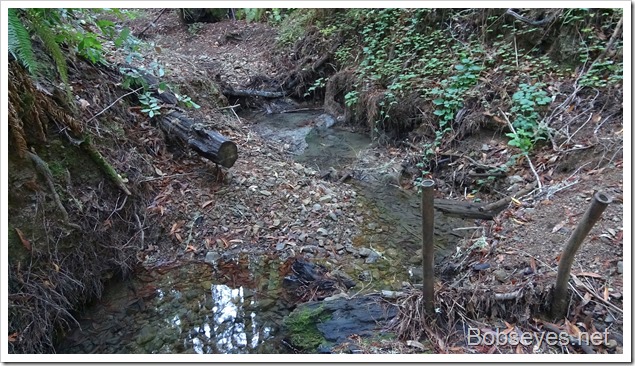 I continued on up the road and parked here to do some work and get some exercise. 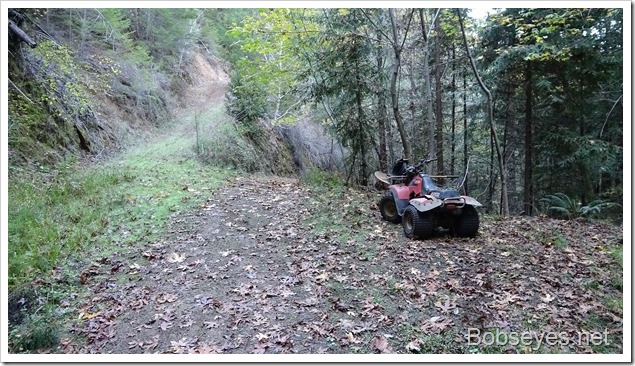 Our main spring water pipe goes down this trail and it needs some dirt over the pipe in certain spots I haven’t had time to cover up yet. 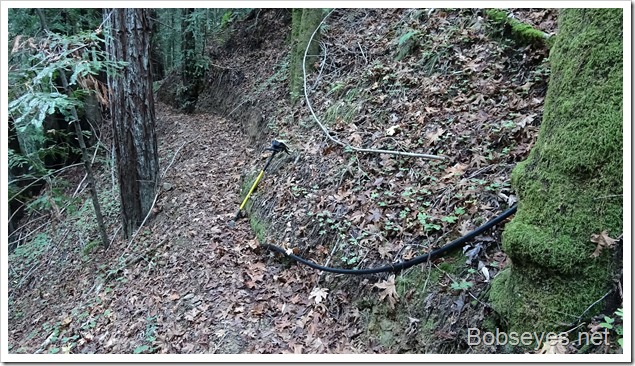 I cover the pipe up by making the trail a bit larger so I have enough dirt to cover it up which makes the trail much nicer to walk on and I get some exercise in the process too. I’m mostly covering it up to keep any future wild fires from burning it up, like what happened to most of my neighbors that had plastic pipe laying on top of the ground during the last wild fire a couple of years ago. 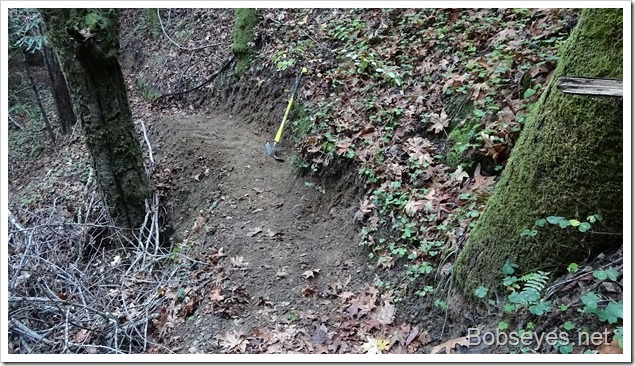 I worked a couple of hours on that and headed on home stopping at this bridge to put a bit of rock on the lead up to these metal ramps. 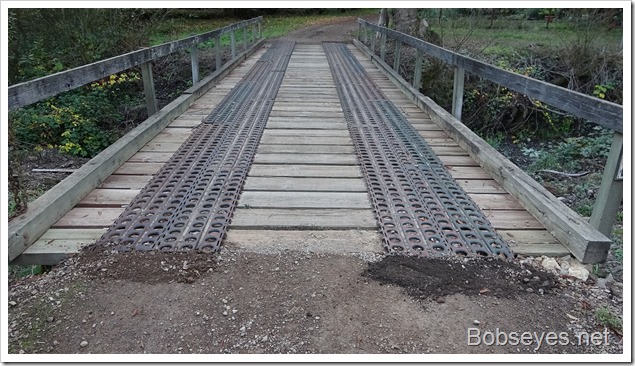 We originally used wooden runners, but they caused the wood to rot where the wood was laying on the other wood, so we decided to try these metal runners the military uses for stuff. So far they are working out real well with no rot which is good as those big boards are real expensive.

3 Responses to Chickens Will Eat Anything, But Rats Won’t