Once I got it going today I went out to check on the chickens.

This one just laid an egg and is doing a lot of clucking to advertise it. 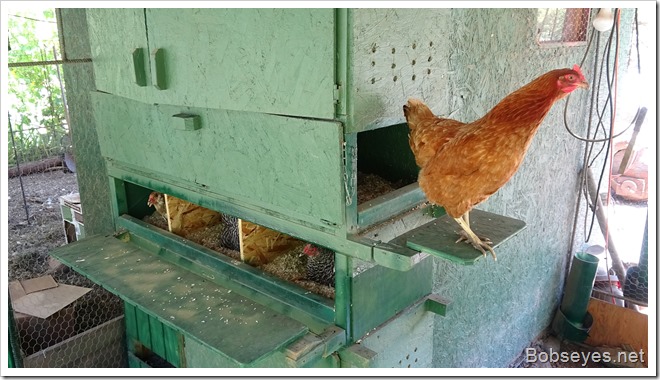 These three hens are working on laying some eggs in the egg laying nest boxes. That’s Doris on the left. She lays greenish blue eggs. 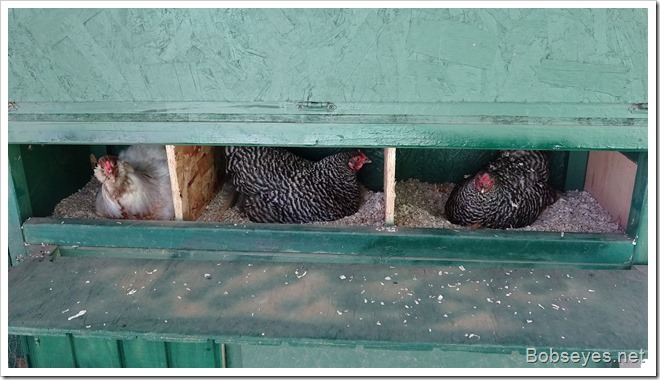 I have about 30 chicks and they are running all over the place. 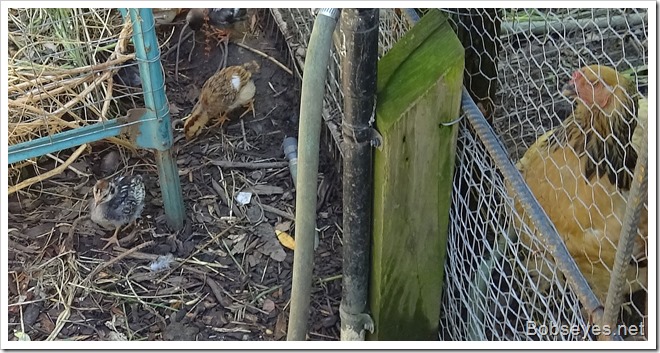 Here’s one of the momma hens, Buffy. She’s a buff brahma breed. 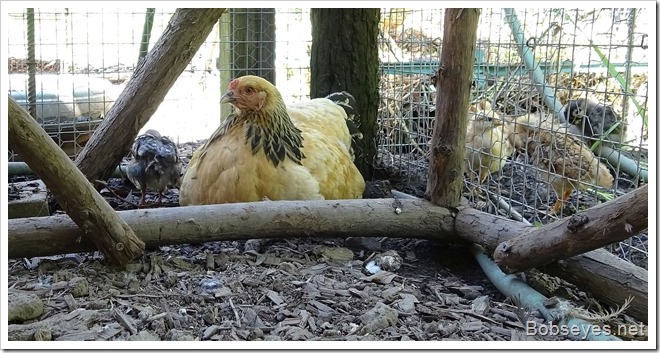 Chicks in the grow pen

I was watching the chicks maneuvering in the grow pen. 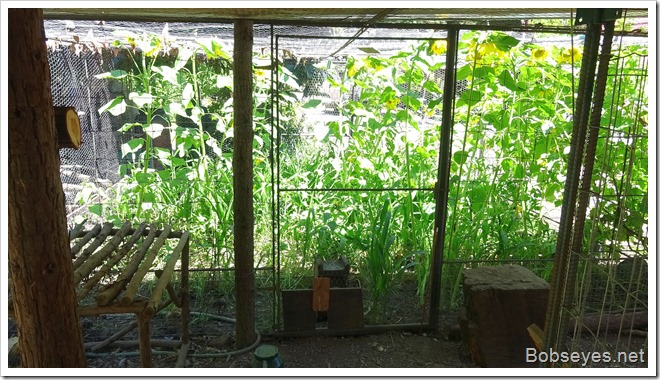 These two are climbing up into the growth. They really get around in there. 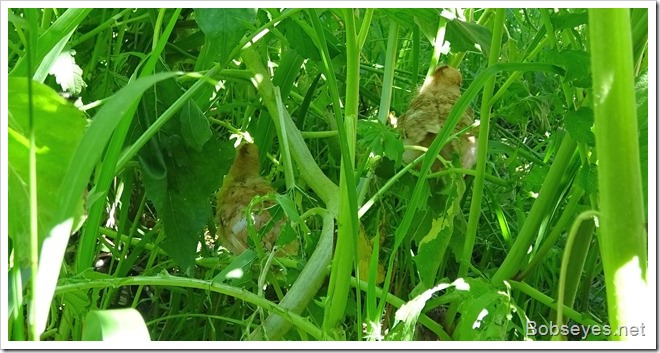 Here’s a little guy resting on this stock in the grow pen. 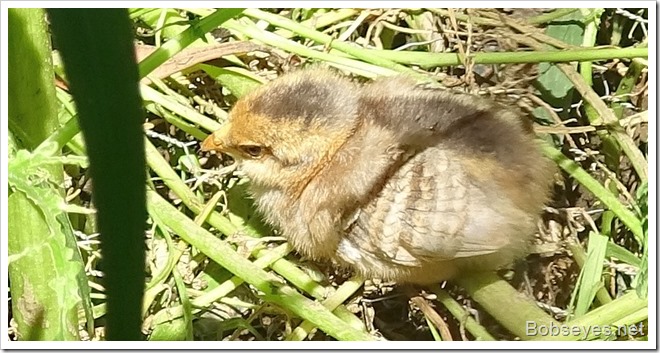 What the heck is this bird

I hadn’t seen this little bird in a few days and thought I’d lost it. I got this bird from my brother. It was one they threw in with his order of chicks. They throw one in and it’s a surprise what it is. It looks like it’s doing good and I have no idea what kind it is. As it grows it will start to show it’s colors and maybe I can figure out what it is. 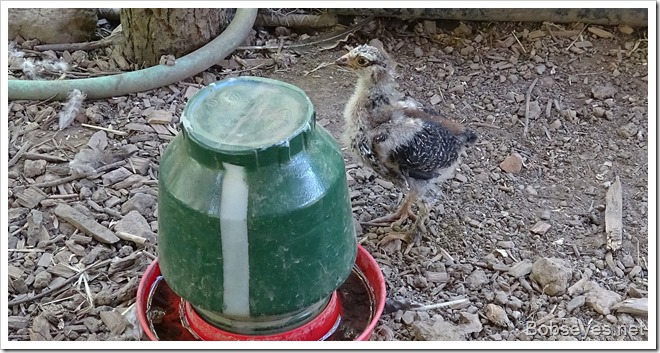 I was doing some research on the internet in the afternoon checking out banana flour. It can be substituted for wheat flour and sounds like it might be real good so I’m ordering some. I think it would be good in a smoothie too. I have to shy away from regular bananas as they gas them to ripen them with a corned gas which they also do to avocados too. This is really made from green plantains, dried and ground up so no gas.

Working in the raspberry patch

Late in the afternoon I decided to cut out the spent raspberry plant canes as they are finished producing and the new shoots are coming up.

I cut out most of the yellow canes that you see in this picture. 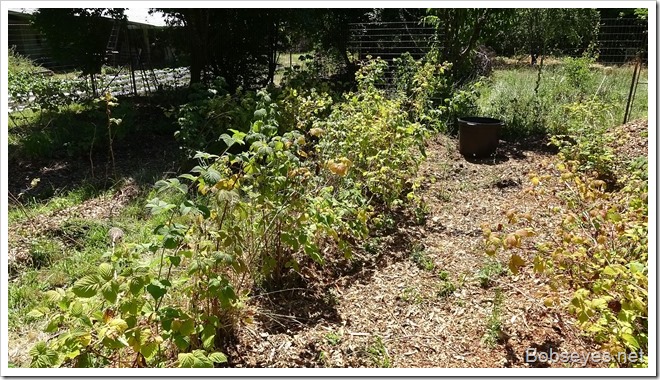 There weren’t a lot of them, only this small pile of brush which I hauled to the brush pile. 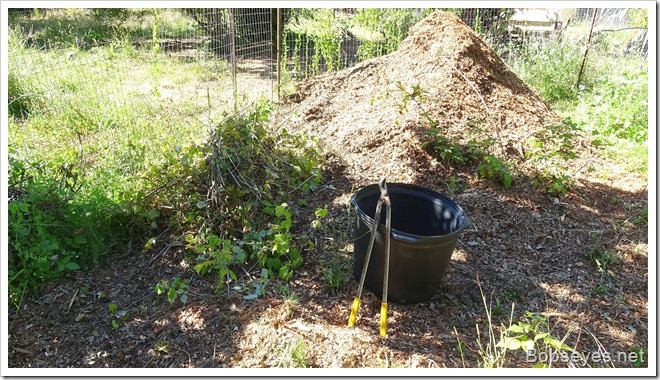 Here’s the raspberry patch with the old canes removed and ready to produce more berries on the new canes coming up. These are ever bearing plants so lots of berries each year. 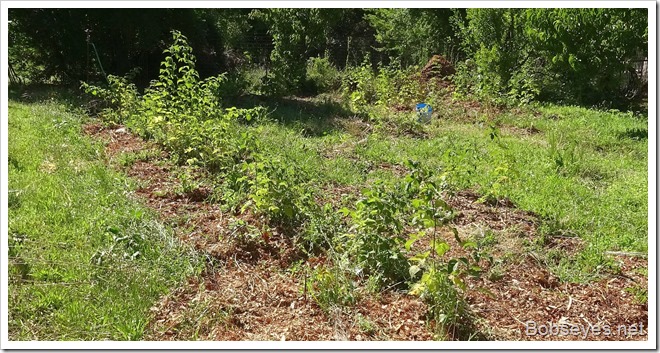 Other than that I checked out what I will need in the van for the upcoming trip in about a week.

Where the heck is it

I needed the charger for a waterproof camera battery I  have as I might not be able to use the good non-waterproof camera when we kayak on this trip. I looked and looked for two hours and couldn’t find it.

I finally found it right where I left it so I put the battery on to charge up.

That pretty much wrapped up the day for me.